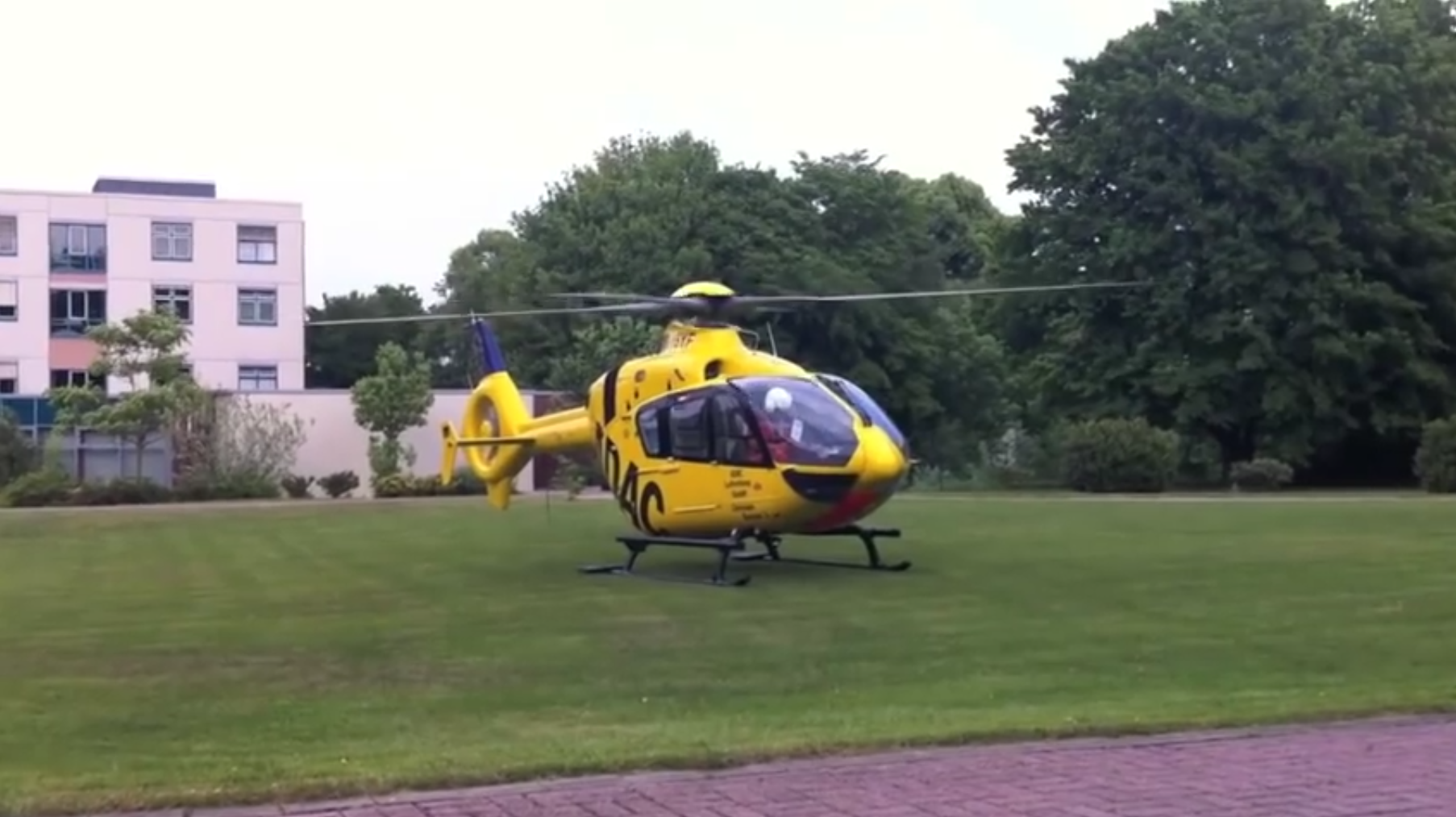 I had the opportunity to film a rescue helicopter with my iPhone4. I could film one landing and two take-offs. As I watched the material I noticed two funny effects, which come naturally when filming with a digital camera.

Have you ever noticed that in movies the wheels of cars sometimes seem to rotate backwards, while the car is going forward ? You don’t observe this in real life, but on TV and in the cinema this can often be seen. Why is that so ?

A film camera (digital or analog) makes a certain number of still frames per second. This is called the framerate. When 24 frames per second are displayed, the human eye (or better, the brain) can not distinguish between these single pictures any more. You perceive the sequence you witness as a smooth, flowing stream, but in fact it is a series of single pictures.

With this knowledge in the background one can explain the movement effect you can observe on television and in the cinema. The camera has a fixed framerate, usually 24 pictures (frames) per second. The wheel (in the video the helicopter blades) move at a certain frequency (number of revolutions per second).

The camera takes 24 pictures per second, in each picture the helicopter blades have moved to another position. After 24 frames (1 second) the blades have made several revolutions, and from these several revolutions 24 snapshots have been made. You only see those 24 single pictures, which are a snapshot series from many many actual rotor blade revolutions. If now the rotor blade speed and the framerate harmonize in such a way, that on each picture the blades have moved only a little bit, the resulting sequence is a smooth movement of the blades. This can be observed at the beginning of the video, when the helicopter is in mid-air.

On the footage it SEEMS as if the blades move only very slowly, but actually they move at several complete revolutions revolutions per second plus X (X being the slight movement which can be observed from frame to frame).

So we have identified that this movement part X is the key. If X is zero the blades turn at a rate which shows them on all 24 frames in the same position. The rotor seems to stand still.

If X is positive, the blades seem to move forward. The bigger X is, the faster they seem to turn

If X is negative… you might know the rest.

The second effect is the so-called “jelly effect” or “rolling shutter effect“.

Observe the video from 3:15. the rotor blades seem to be bent (but we know that they are straight). How come ?