I am a child of the digital age. Since I am a very impatient character, analog photography never thrilled me. My interest in photography awoke when I had my very first digital camera, a Casio Exilim EX-Z 30. Point-and-shoot cam, nothing fancy. Press the button, see the result. That’s what made digital photography so interesting for me.

From the Point’n’shoot I quickly moved to more serious stuff and dove into DSLRs, fully exploring the possibilities of exposure, depth of field and all that stuff. Interest became hobby, hobby became ambitioned amateurism. And then, one happy day, I stumbled over two complete sets of analog cameras, which were given to me out of the blue. The place where I work moved into another building and this was taken as an opportunity to clean out the storage rooms and get rid of ancient measurement equipment and such stuff. And this is how I got a Nikon F601M SLR and a Zenza Bronica ETRS middle format camera. Nice.

As introduced, as a child of the digital age I never came in contact with film cameras, not to mention roll film. Now I had to learn how to handle this stuff, insert the film into the camera, remove it safely, how to get a correct exposure without the comfortable matrix metering and database I have in my DSLR.

Last week-end I took part in a three-day workshop about analog photography. It was held in Braunschweig by Chris Marquardt, Monika Andrae and Spuersinn. Chris is a photographer, videographer and (photography) podcaster from southern Germany (Happy Shooting [german] and Tips from the Top Floor [english]). Monika Andrae is also podcasting, she handles the creative side of photography (Monis Motivklingel [german]). Spuersinn, to complete the round, is a mailorder company distributing equipment for analog photography. Spuersinn is run by the photographers Tilla Pe and Michael Weyl, who have a tremendous experience in analog photography. Both are also blogging about everything analog (www.spuer-sinn.net).

The workshop took place on three days (Fri-Sun). It was held on the former Rollei factory premises (Spuersinn resides in the former office of Mr. Heidecke himself, kind of holy ground I assume). The first day of the workshop was about the basics. Differences between film and sensor, how does the picture come onto the film, film formats, introduction of cameras.

Oh yes, cameras. This was fun. We had a very broad variety of analog camerasm, because everybody of the seven participants brought at least two cameras:

After some theory we were handed out films, loaded up our cameras and went out to a nearby park for the first photo session. It was quite strange for me to use an external light meter (thanks to Moni for borrowing hers to me). I never worked with an external light meter and Chris had to give me an introduction…. and then we went to do some, well…. Happy Shooting 🙂 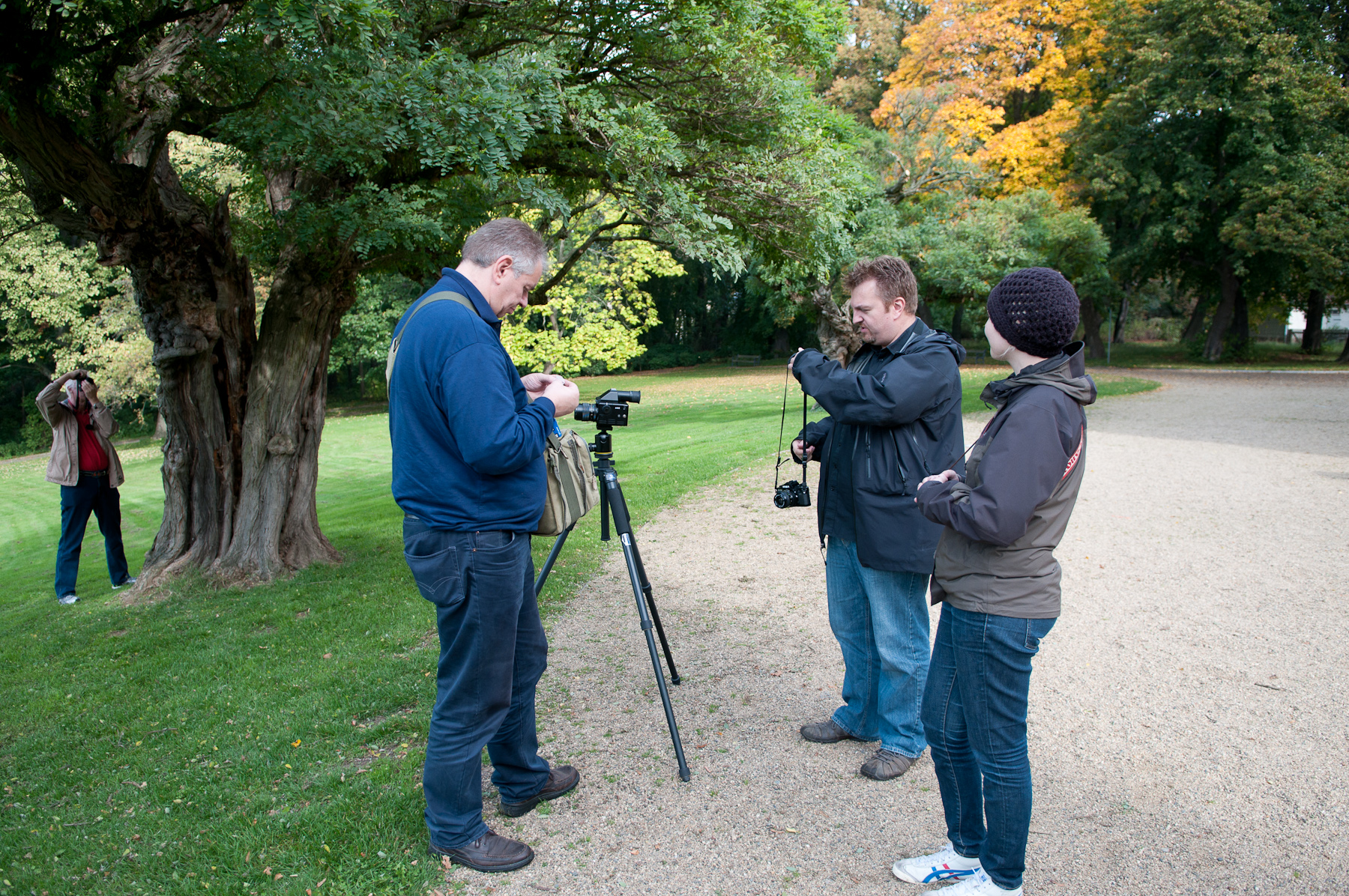 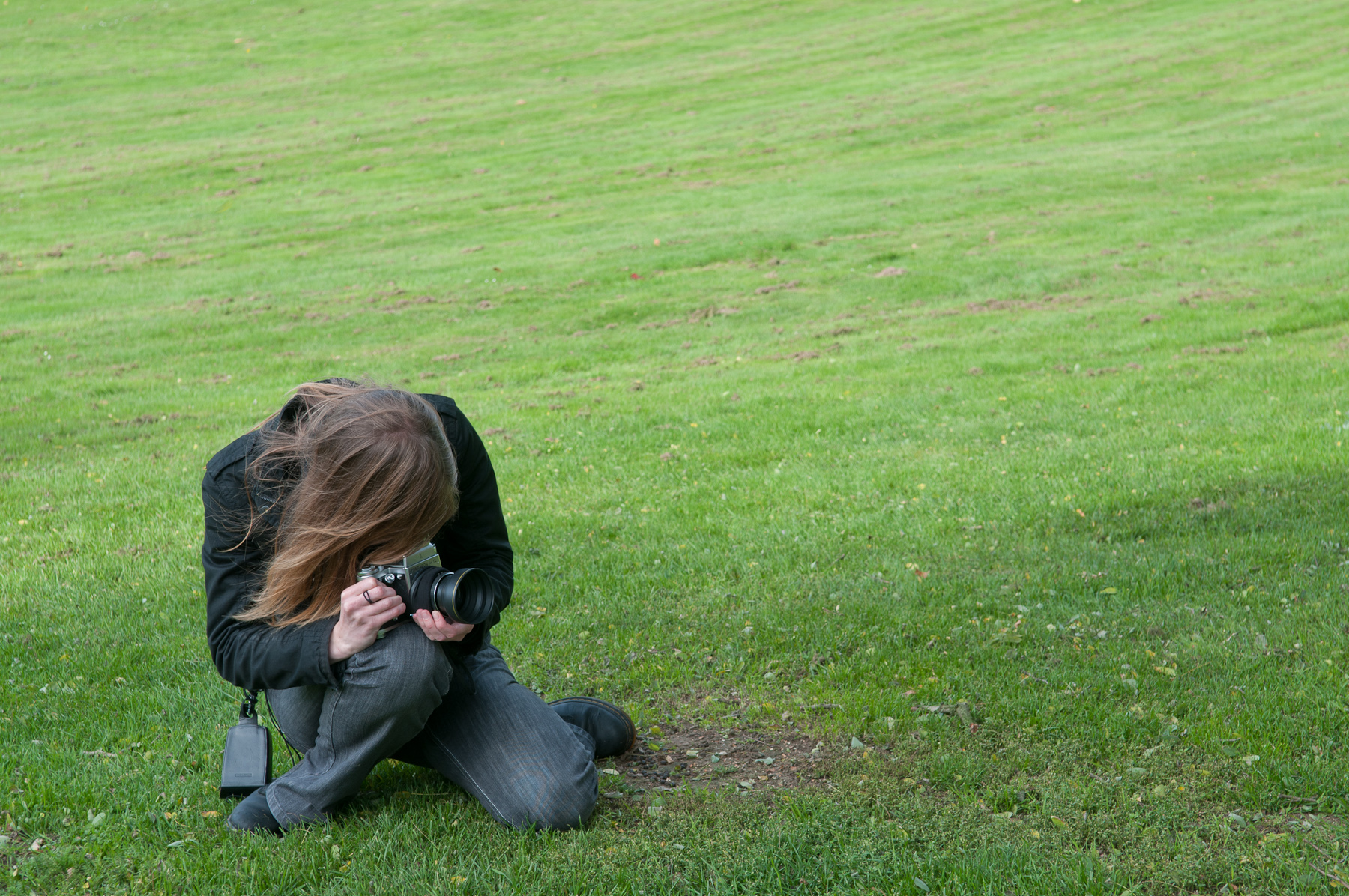 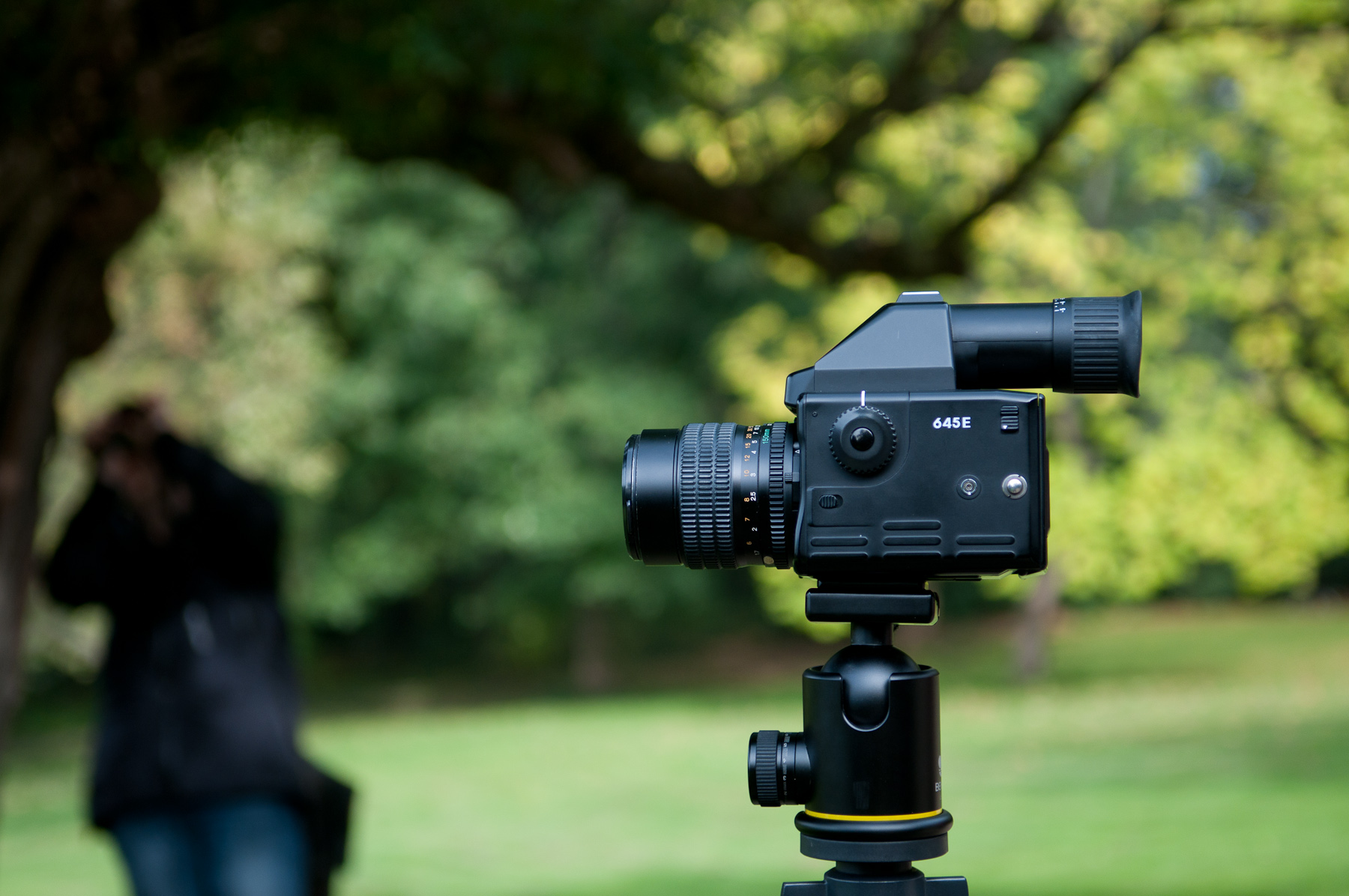 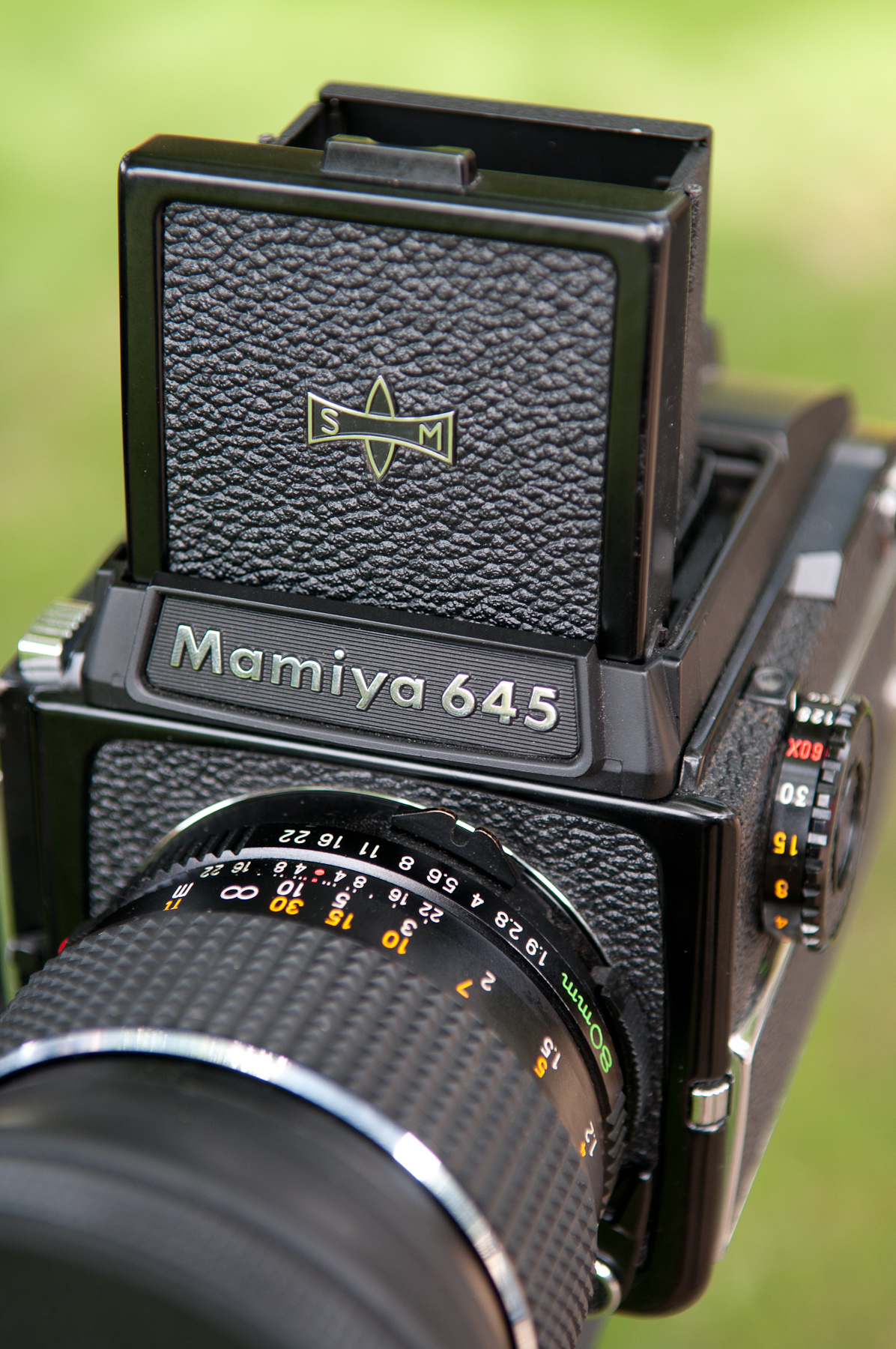 The films we used were brought to a studio for development.

Unfortunately the studio screwed up and used bad chemicals. The pictures did not come out in the way they should have come out. Background: Some people used the Crossbird film, which is a creative film material that produces wrong colors and you can achieve nice effects with it. When the prints came back, the colors did not look creative, but messed up. Flat, boring. That was unfortunate but not under anybody’s control. Chris said he will complain to the studio afterwards.

The workshop did not suffer from this problem. Chris and Moni adapted the program quickly and in the end it did not matter that we could not discuss the pictures.

I will not bore you to death by giving a minute-by-minute-report of the workshop. Here is a brief summary of what happened the next two days.

Each day there was a theoretical and a practical part. We learnt about exposure, composition, the special abilities of film material (e.g. that you can have dynamic range where every digital camera can only dream of), how to apply filters when shooting b/w, the different types of b/w films and much much more). Michael from Spuersinn also held some lively lessons.

Shooting film proved to be a new experience for me. When I go out with my DSLR, I never come back home with less than 70 pictures. Once you know “I only have 15 pictures” (medium format) you start thinking about every picture. You become more aware of what you want to capture and drift away from the “shotgun mode” you are often in when shooting digital.

(sorry for the blurry picture)

A good part of the workshop was about developing your own film. Everybody was supplied a complete development kit (included in the workshop price by the way) and started fumbling in the dark…

Development showed to be easy and tricky at the same time. The principle is simple, but executing everything correctly is difficult if you do it for the first time. Mixing the chemicals, handling the film in the dark (the black bags where everybody got his hands in is used for taking the film out of the spool and inserting it into the coil which is then put in the development tank).
But it worked fine (at least for some people): 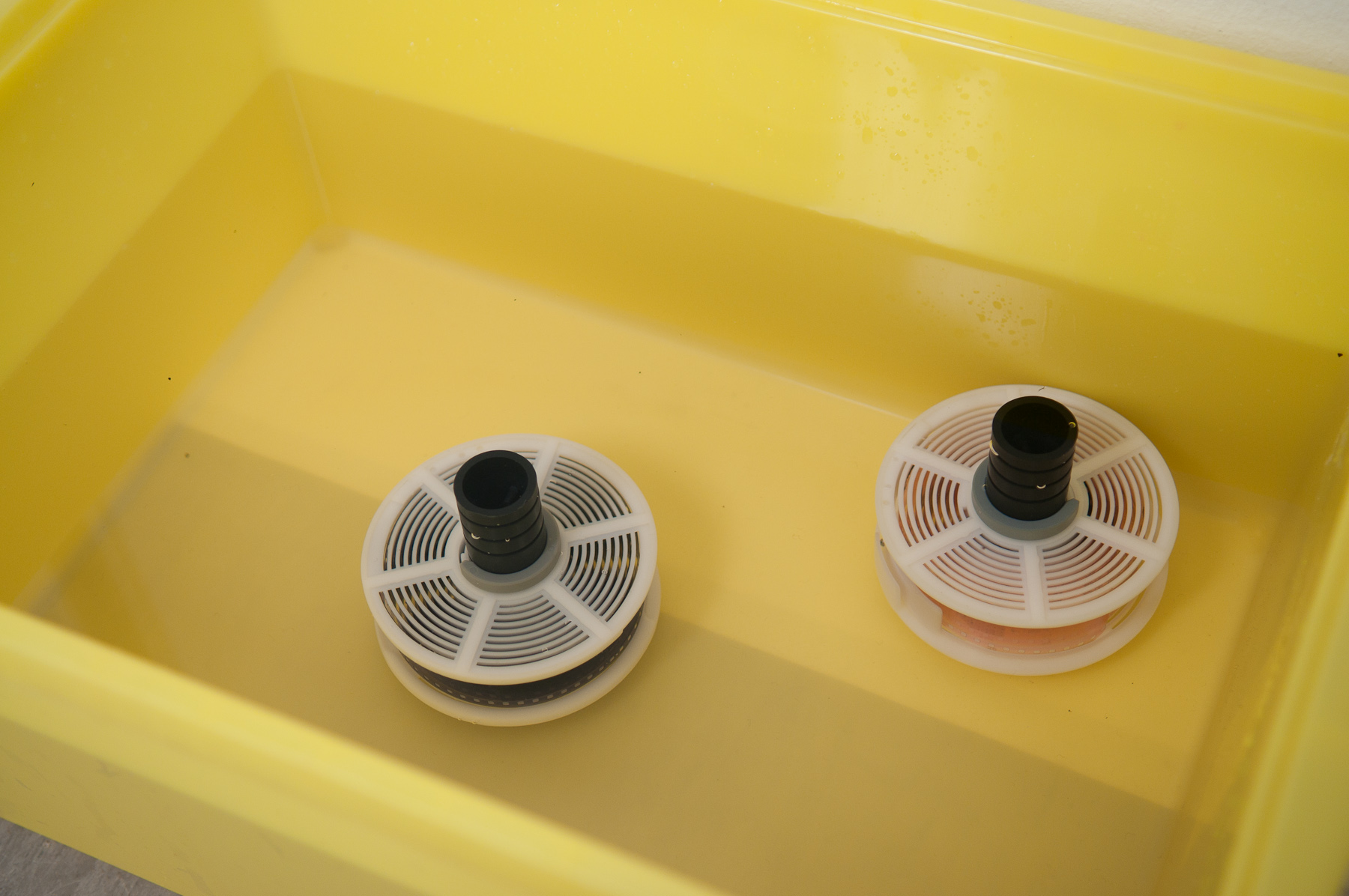 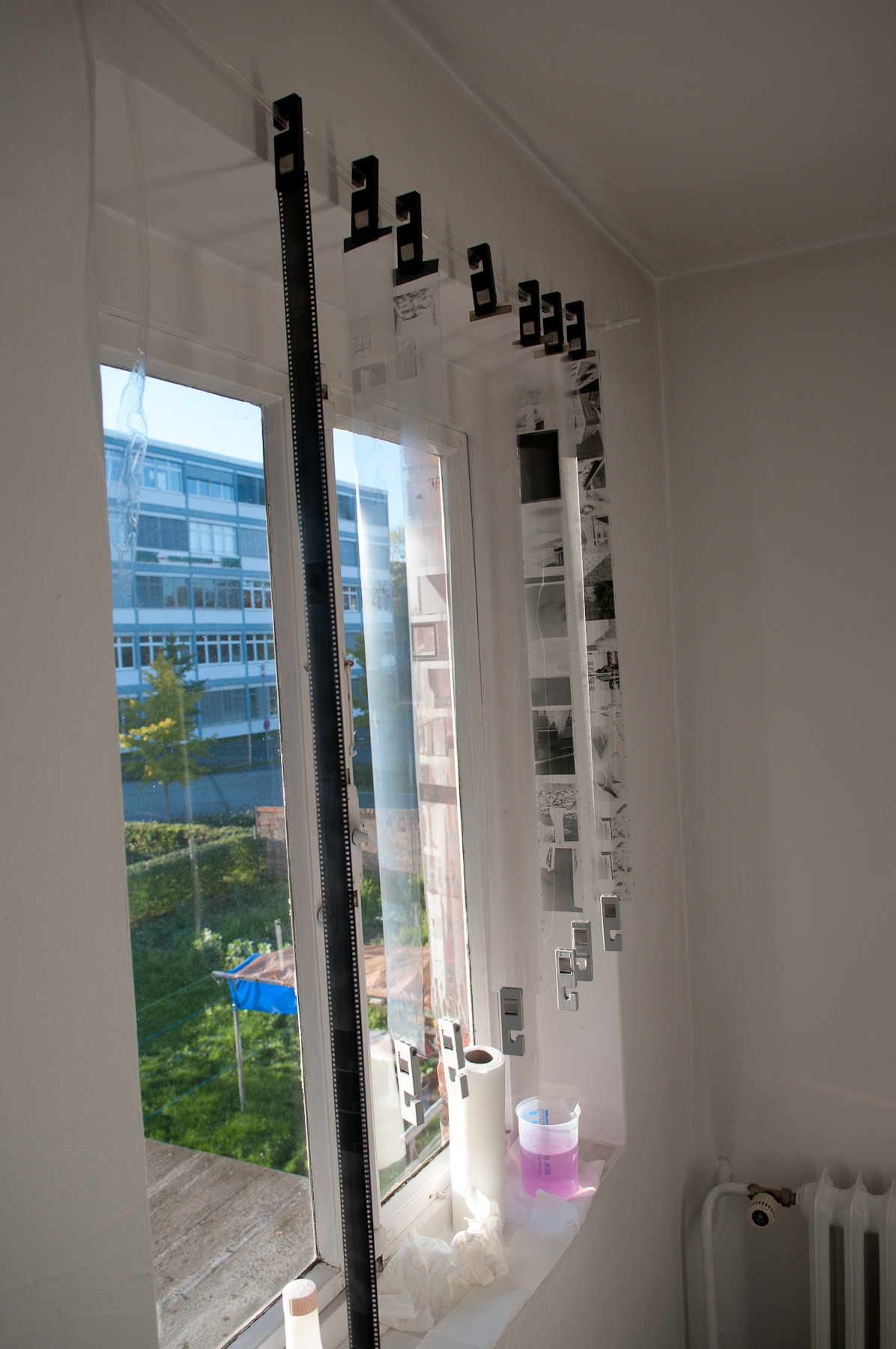 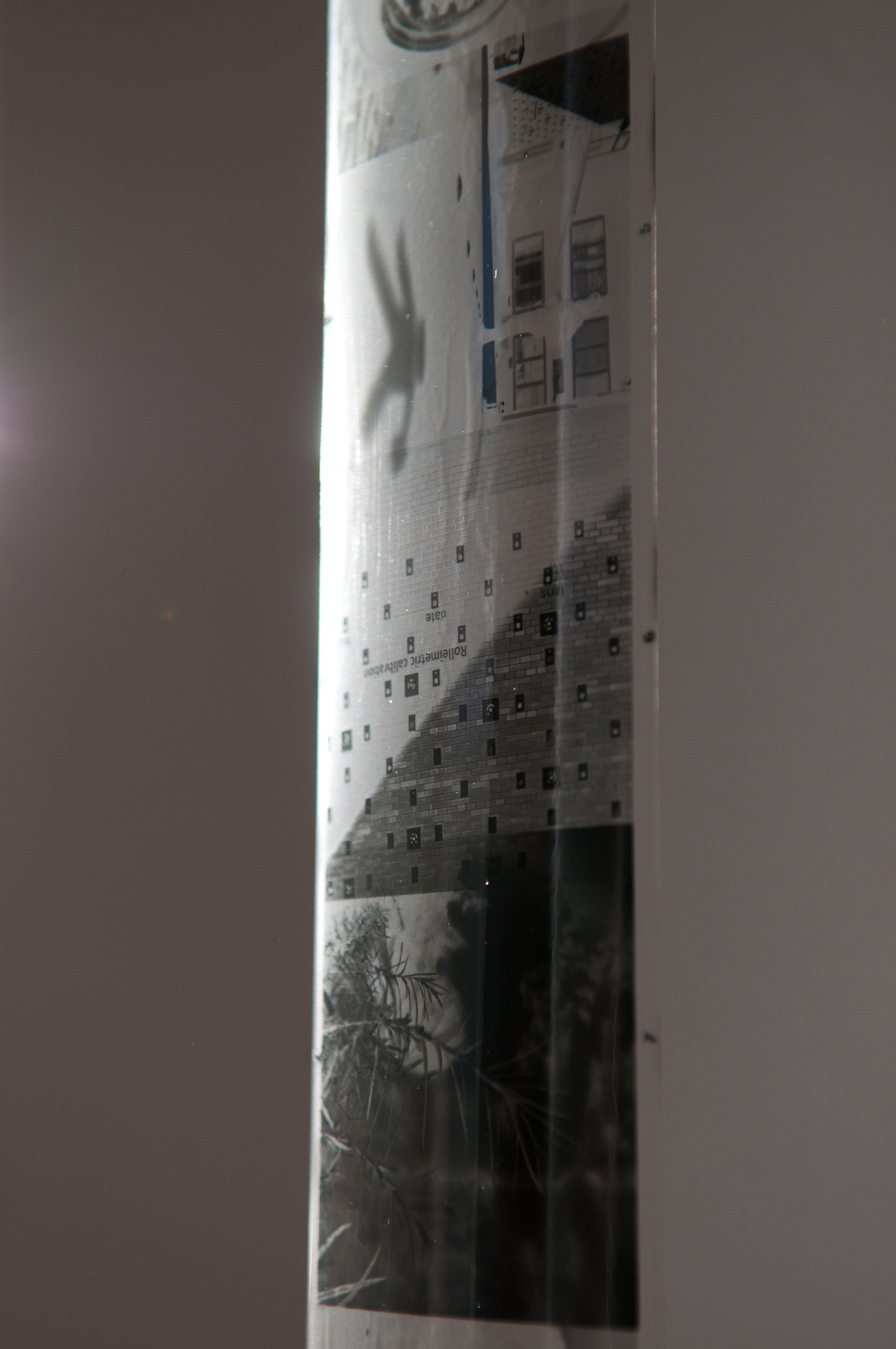 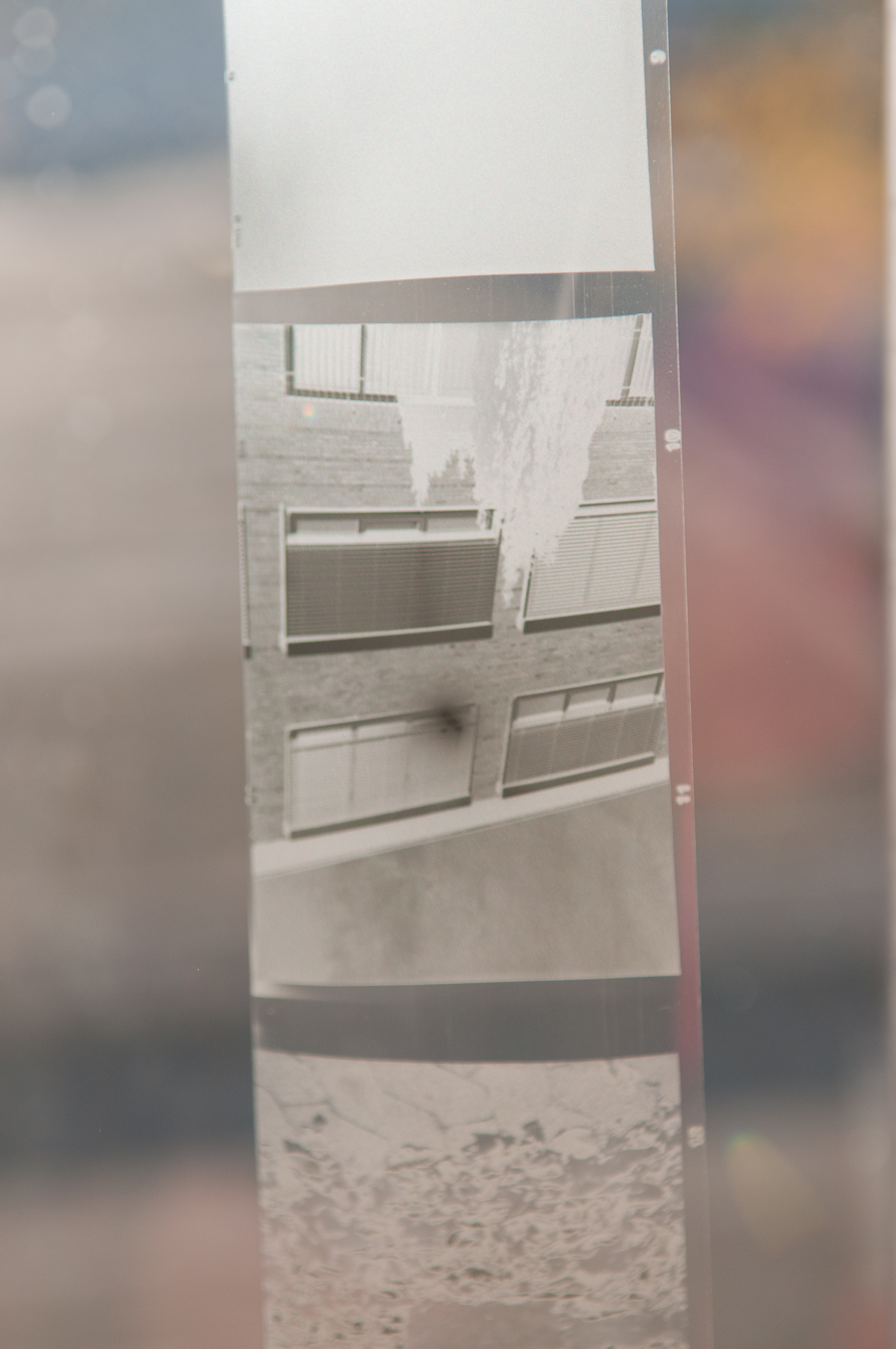 Some of us experienced problems…. the film came out nearly blank. Several sources of error could be identified: Wrong exposure due to incorrect use of the external light meter, wrong development time (datasheet incorrectly read), wrong water temperature… this is what I mean with “tricky” !

To sum it up:
Those were great three days and everybody learnt a lot. My interested in analog photography could definitely be stimulated and I am looking forward to exposing many rolls of fine film.

Thanks to Chris, Moni and Spuersinn for a workshop that was informative, challenging and fun !