Last Sunday I went with my Friend Keb Leynad to Cologne to attend a photo seminar conducted by grenzgang, a non-profit organisation dedicated to organising exotic and spectacular presentations on people who did unusual things. People holding presentations there are for example the Munich-based photographer Michael Martin, who travelled all deserts of this planet with a motorbike.  Grenzgangs portfolio also comprises photo seminars. The seminar we attended was on lighting, quire an interesting three hours with a live demo shoot.

After the workshop we decided to visit the famous cathedral. And here are the results…

This is it ! Cologne Cathedral. It took more than 800 years to build it. It’s truly a spectacular masterpiece. Image composed of 3 single frames and stretched / corrected with good old CS3

The portal of the cathedral. Notice the numerous grey statues depicting….er….did not research that. Ask Google. 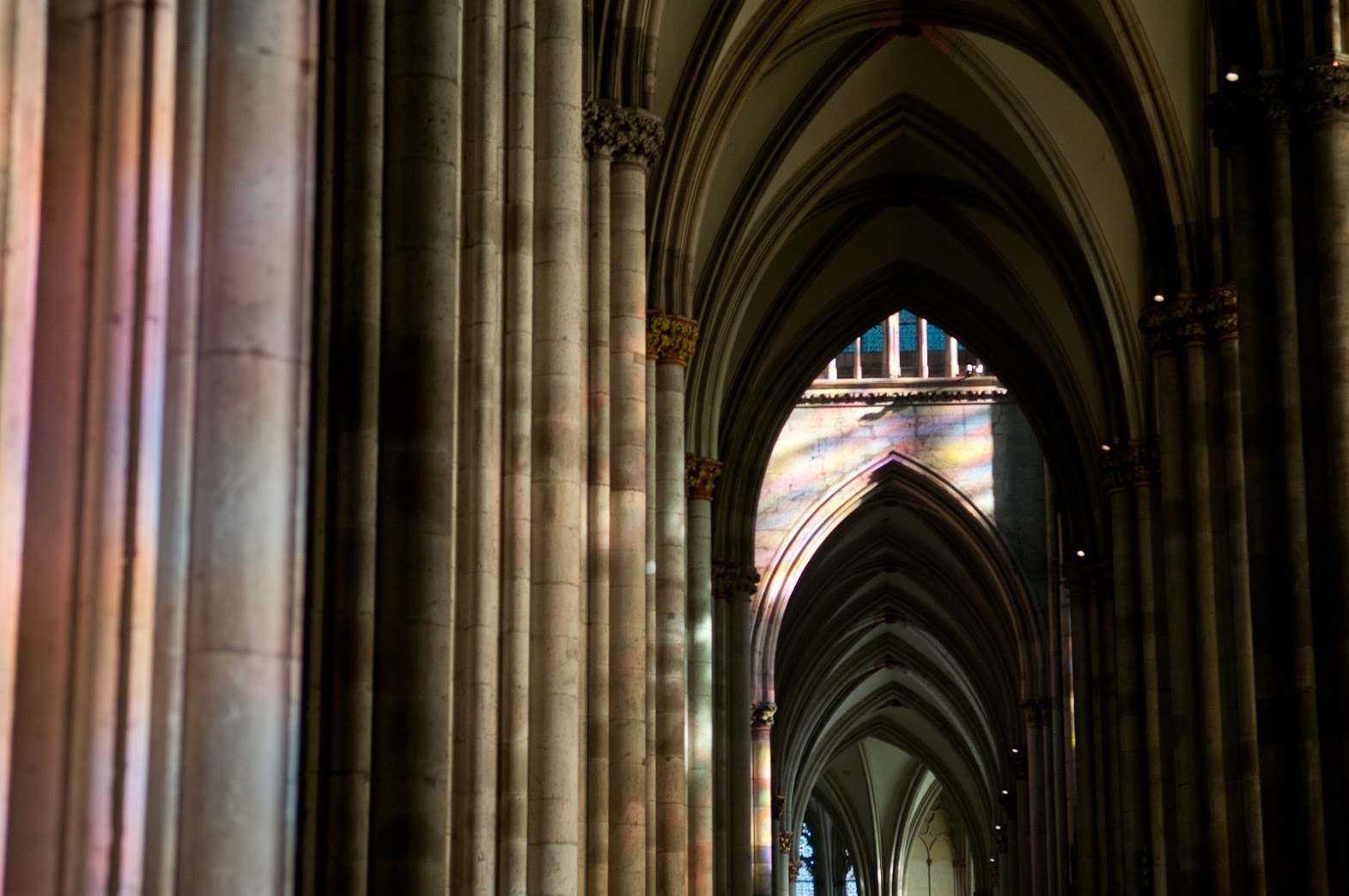 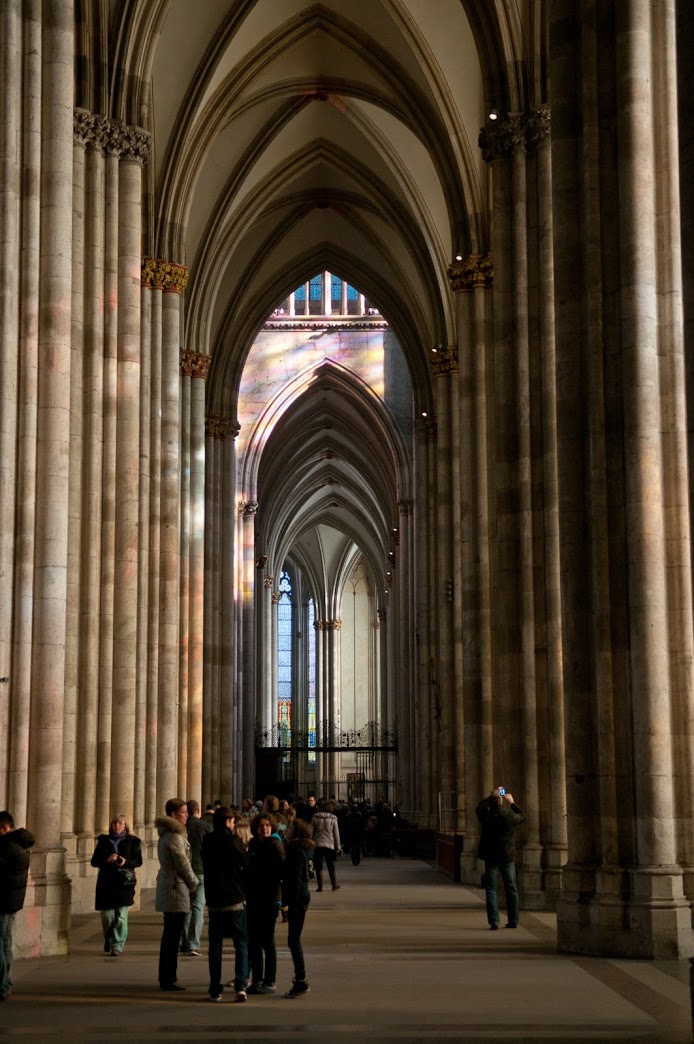 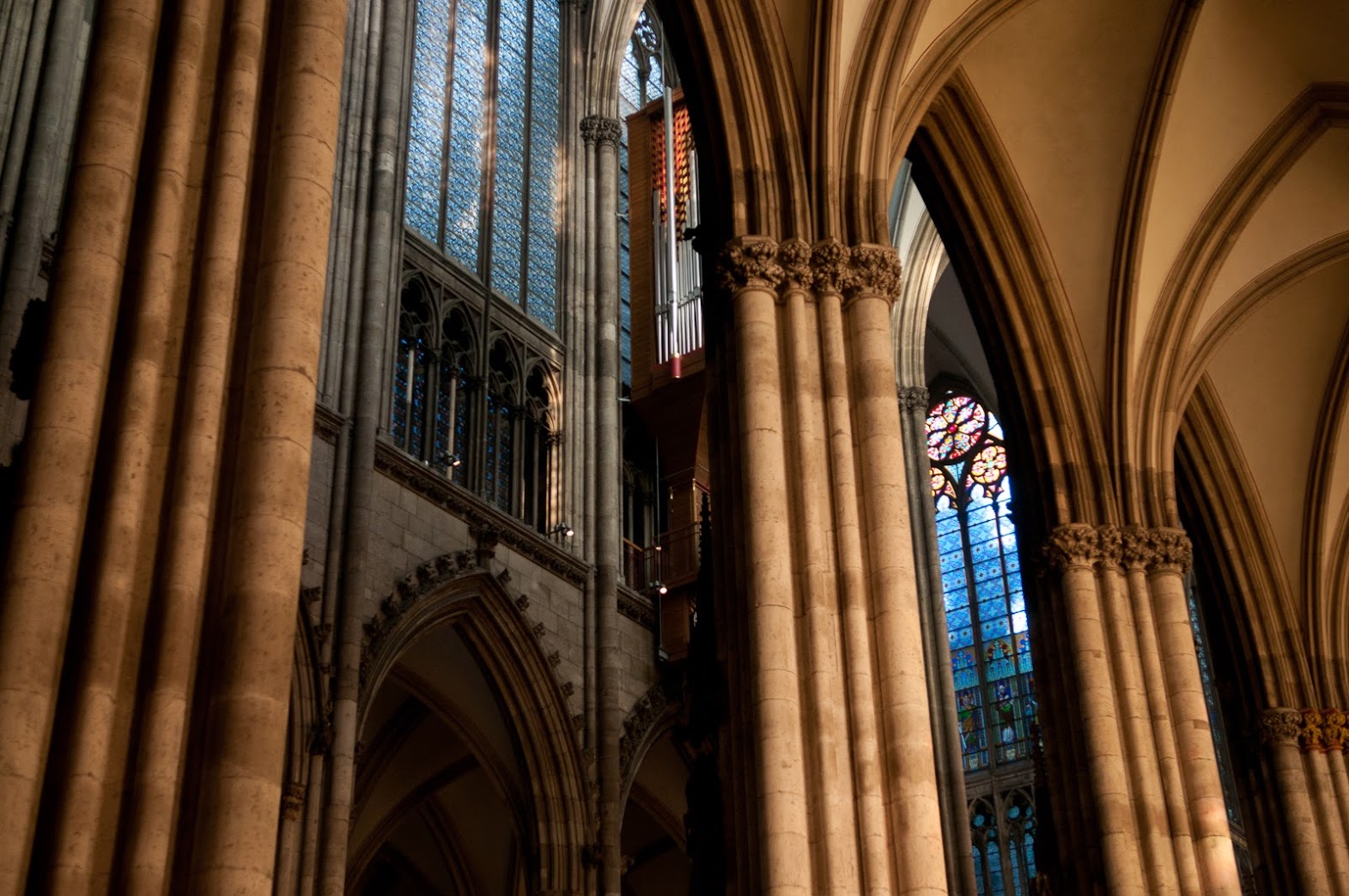 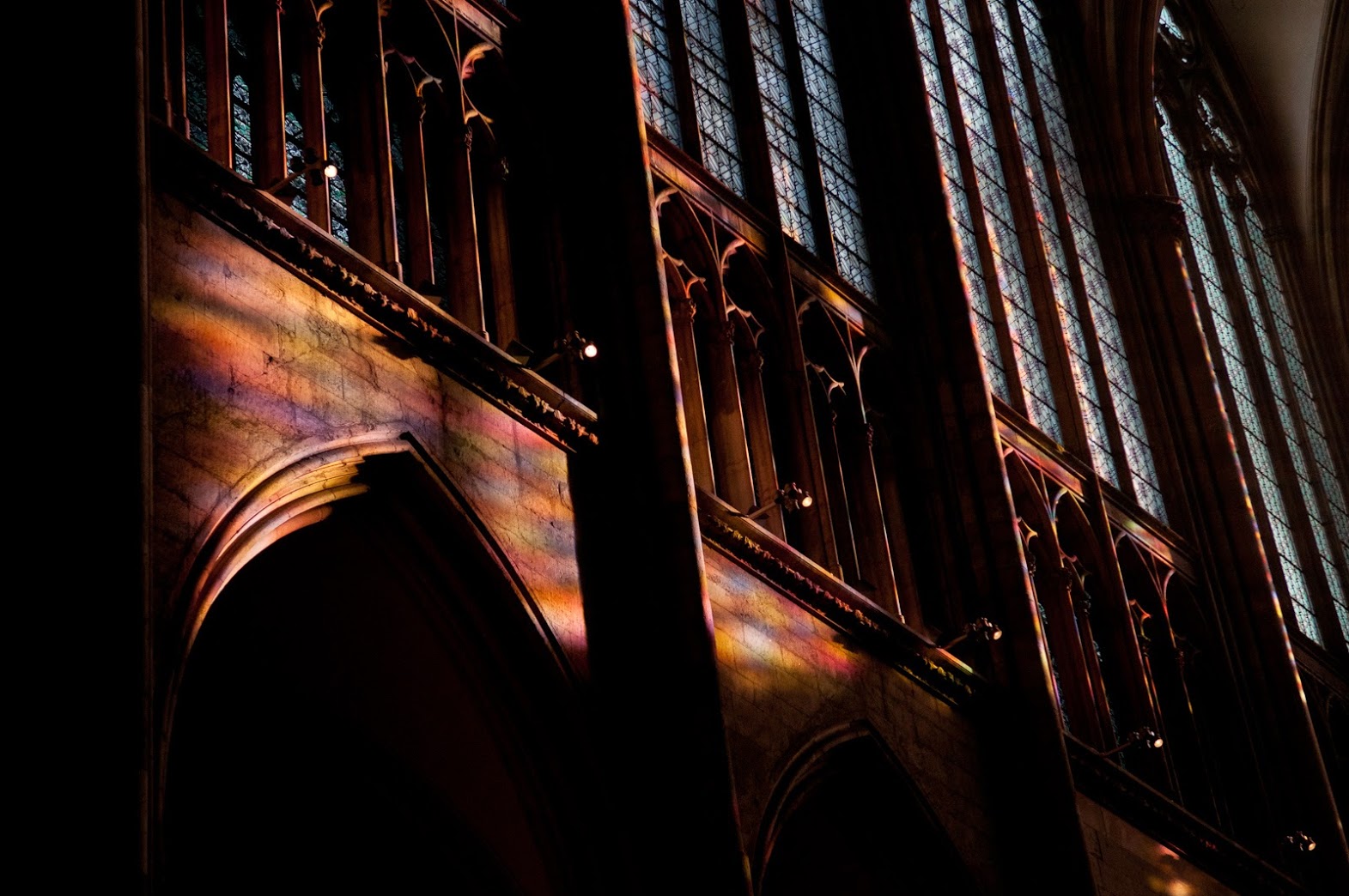 Another colorful window. The left side is bricked up, probably got the other half of the window lost during World War II.

Keb Leynad and I then proceeded to climb the bell tower. The access to the tower has been changed in the last years. They drilled a tunnel into the cathedral’s fundament, allowing visitors to enter from the outside. I guess the masses of tourists flooding through the church door just to climb the tower were too much.

533 steps and 97,25 vertical meters later we arrived in the tip of the tower.
Below you see proof that a BIG camera with a BIG lens can be quite a disadvantage when you are in a cage. The belltower lookout balcony is completely encaged to hinder people from doing dumb things

A narrow passage in the bell section. Keb Leynad shooting me.

The bell “Dicke Berta” (“Fat Berta”). The clapper of the bell (the thing which swings around in the bell, striking it) broke off a week ago. Now the bell is going to be replaced. Held some hundred years.