How to prepare a wedding photography session

It is a church wedding of a colleague from work (from my “real” job I mean ;-). I decided to involve another photographer on the job – Keb Leynad, a friend of mine. I think it is a little more relaxing when you have two cameras clicking simultaneously – distributing the weight of responsibility. Church weddings are considered the king tiger class of photography. Gloomy dark churches, a very emotional and important event for the couple, if you screw up you are boned. So good preparation is mucho importanto.

As a first step we met the couple in a cafe to discuss their expectations and learn about the ceremony. This step is very important, because you have to learn what your client expects. And what the client does not like. Also you can build up a personal connection to the couple as you learn a little more about them. In my case I knew the groom already, but his wife I only had met shortly on two occasions. And Keb Leynad has not met them at all. It was a very relaxing and nice meeting at Starbucks and I also think it was good for the couple, since they experienced that we are making a thorough preparation and take the job seriously.

After the meeting we contacted the priest who will perform the ceremony. I asked him how he wants us photographers to behave during the ceremony. This is also very important, because you have to know how freely you can move around. Is it for example allowed to step on the area behind the altar to get a clear view on the couple ? Are there any parts of the ceremony which should not be photographed ? Is flash photography ok ?

Well, the priest I spoke to was a very nice person. He said I could move around freely and do as I like. He only asked me to stay as discreet as possible. A few weeks ago he performed a ceremony during which the photographer made an extensive shoot of a small kid playing before the altar during the ceremony. But the demand of being discreet did not really surprise me. Melting in with the background comes with the job description.

After speaking to the priest we visited the church one morning to familiarize ourselveswith the location. That is called location scouting. You can not determine what the light situation will be on the shoot, because that depends on the weather. But you can see from where you have a good position to shoot, and which framing is possible with which focal length. You can see if your 50 mm lens will do to catch the couple (probably not…) or if you need a tele lens (yes, now we are talking business). Also you can test what effect the flash will have. As expected, the flash is sometimes good for highlighting the scene (flash against the ceiling and bounce card up). But most of the light gets lost in the vast spaces of the church. So the shoot will be a high-iso carnival. High potential for black and white shots in post processing (strong image noise in b/w pictures gives the images that “grainy” look you know from analog photography). 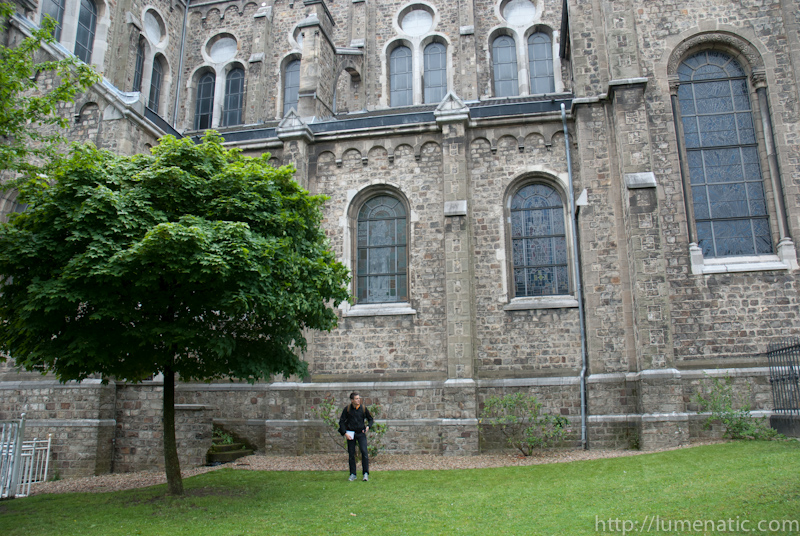 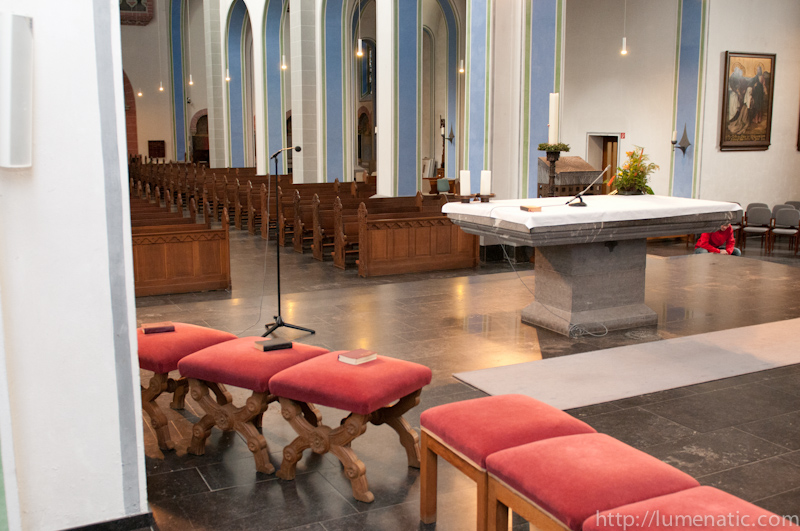 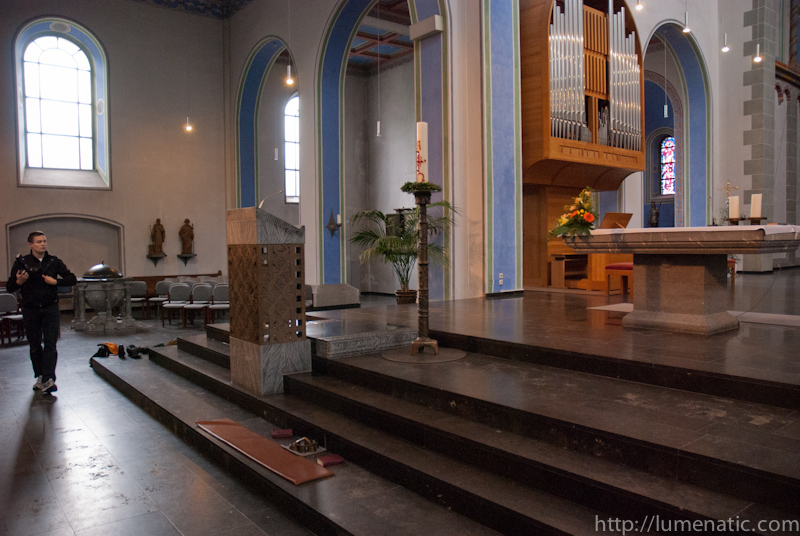 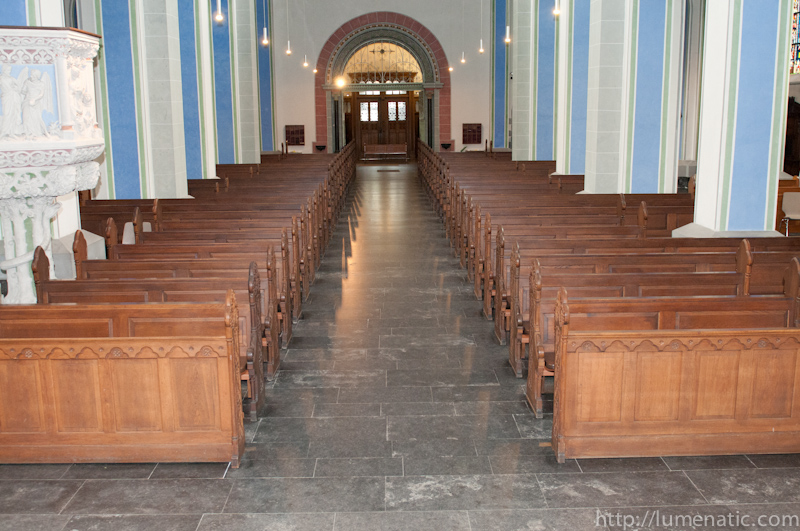 We spent about an hour in the church taking pictures, notes and discussing where to stand and which lens to use. After that we went out into an adjacent garden in which the couple wants to have the portrait shoot after the wedding. Again taking test shots, testing angles and camera settings.

A day later Keb Leynad and I met at my place to make the detail planning. The couple mailed us the program for the ceremony and we did a short skype call with them to get the last details (e.g. when will they enter the church, when will brother or sister come forward to hold a short speech, when will the rings be exchanged etc.).

Then we made a timetable based upon the program we received and discussed who will stand where and move from where to where. It is quite a detail planning we did there.
We even sketched a crude layout of the church and used plastic caps to visualize where we should stand during the procession when the couple enters the church. In the end we had a complete storybook of the wedding. It also contains some technical instructions, e.g. “turn ISO down when exiting the church !”. We won’t look at it during the shoot I suppose because we will be far too busy with taking pictures, but thinking it through in detail is necessary for internalizing the job.

Also we made a shotlist with all important photos we want to take. Again we will not use this list during the shoot and tick off the shots we have, but it is important to make such a list for remembering what you have to do. The list contains shots like

Finally we defined the equipment we will take. Both Keb Leynad and I will be heavily armed. Lock and load:

For the subsequent portrait session:


Now we did what we can for the preparations. Now all depends on our nerves. Godspeed to us, if such a wish is applicable to oneself.