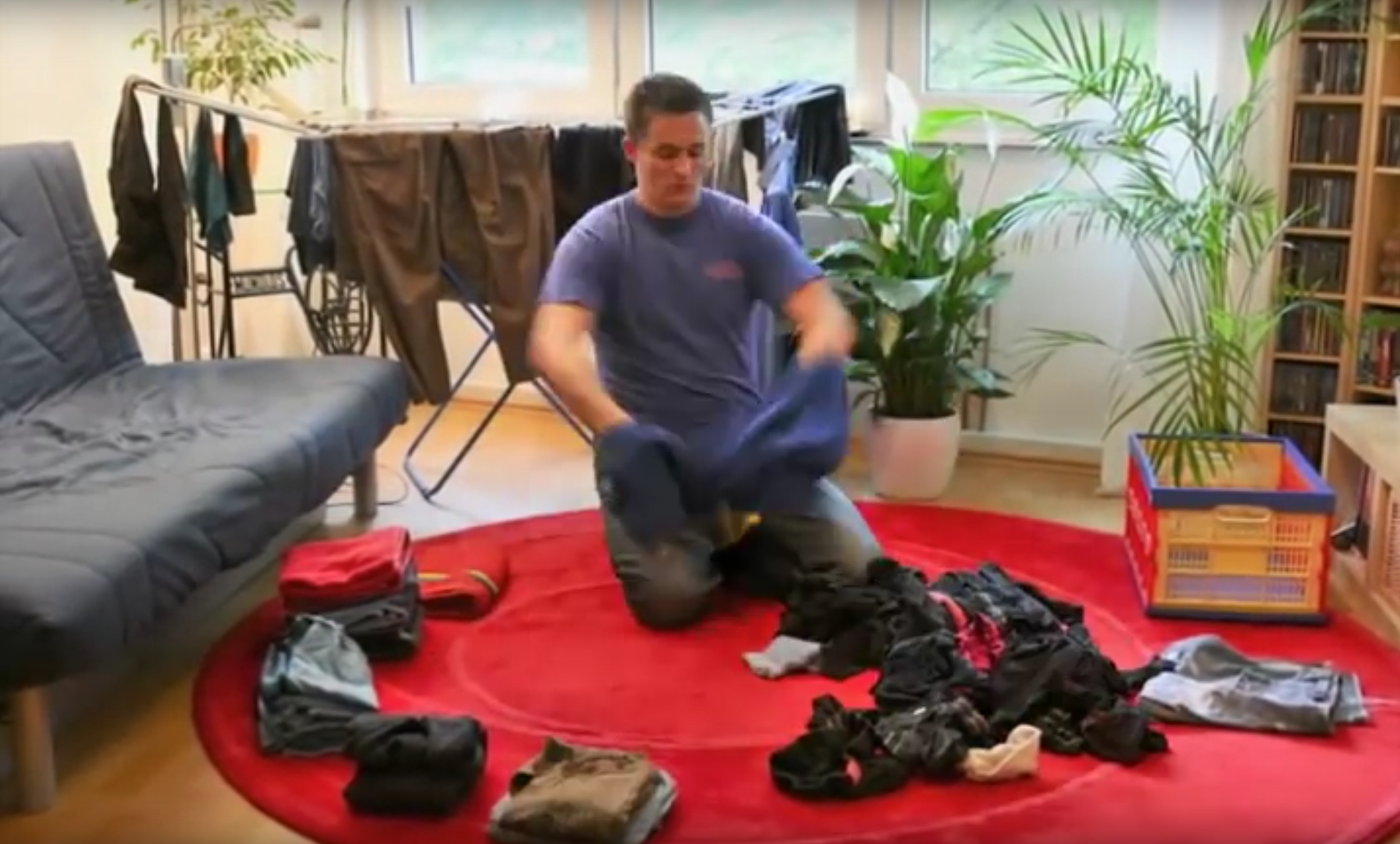 Today I decided to combine a necessary and a pleasing activity. I made a time-lapse video of me folding the laundry.

Some background info. Movies usually display 24 frames per second, because with this number the human brain can not distinguish between the individual frames any more. Read a previous post I did concerning this topic.

Time-lapse videos show a process accelerated. Famous examples are plants growing. This usually takes weeks, with a time-lapse video you can show this in a few seconds. The effect is achieved by taking a picture only every X seconds (minutes, days depending on what you want to capture).

In my example here I wanted to capture me folding the laundry. I found an excellent article on photojojo.com which explains the technical details (planning the duration, shooting etc.), so I am not going into the basics.

I will only go into details on the specific situation of this video:

Shortly after uploading the video to YouTube, I got a notification that my video has been flagged because I am using copyrighted material. WTF ? The banjo song in the video has been taken from the sound library which comes with iMovie. There the song is called “Peach Cobbler”. But YouTube claims that the song is called “Saddle Rock” from the band “The Hit Crew”.
I filed a complaint against this, claiming that the music I used is actually royalty-free. Let’s see how this develops.