Do you know people who say “I don’t like to give money as a present – it is so unpersonal and is not a present to remember” ? If you answer this with yes please forward them today’s post.If you are attending a wedding, birthday party, anniversary or whatever event which might include presenting a gift to somebody – here are some original and funny ideas to make a money gift.

Option 1: The Jar. Take a jar for making jelly, but instead of filing it with jelly fill it with artificial grass, some decorative hearts and coins. The glass itself can be wrapped with nice ribbons or decorated in any other way imaginable.

Option 2 – The Diorama. In this particular case the diorama even has a relation to the wish list – money for a new couch was listed there. So the folks went to a local toy store and bought some Playmobil figurines and created a small living room scene. The “carpet” as you can see is a bill, also the pillow the guy on the picture is leaning against. Everything was mounted on a small empty picture canvas, the furniture and figurines carefully glued into place. Remember to use only the very smallest amount of glue possible, since you don’t want the people to tear the bill as they dismantle the scene for spending the money. 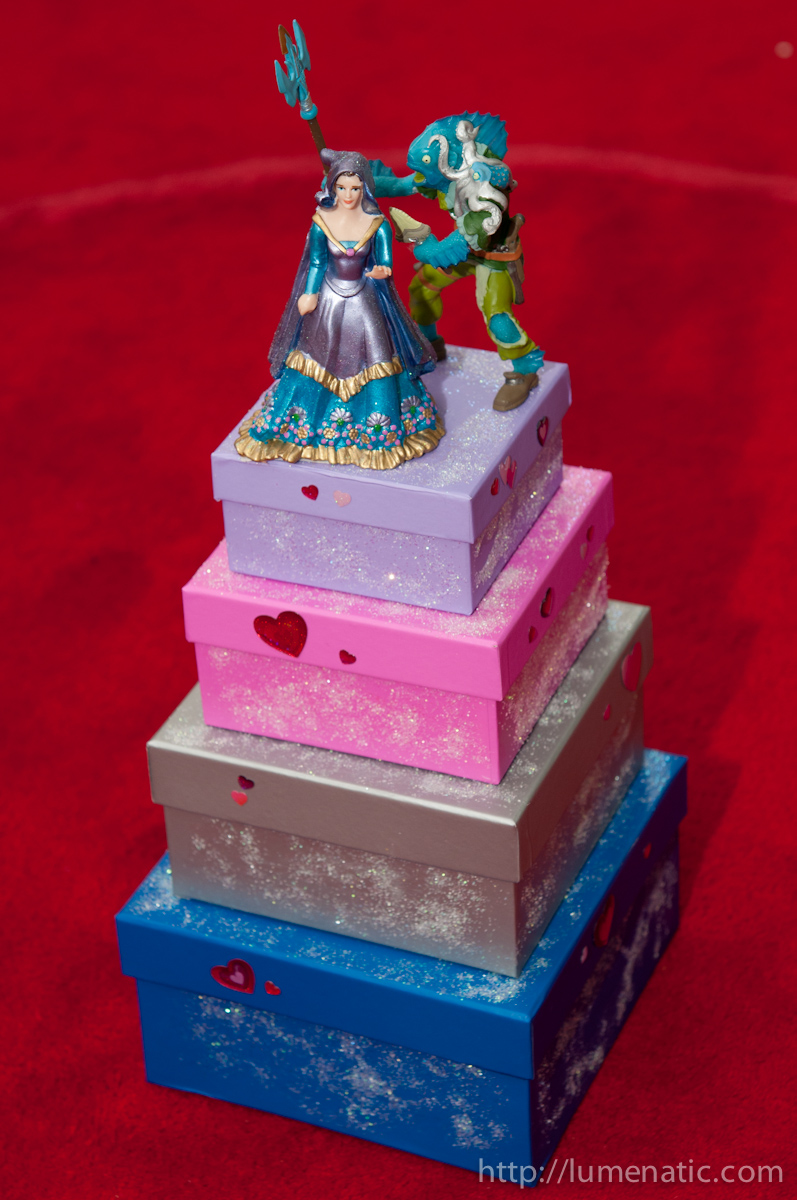 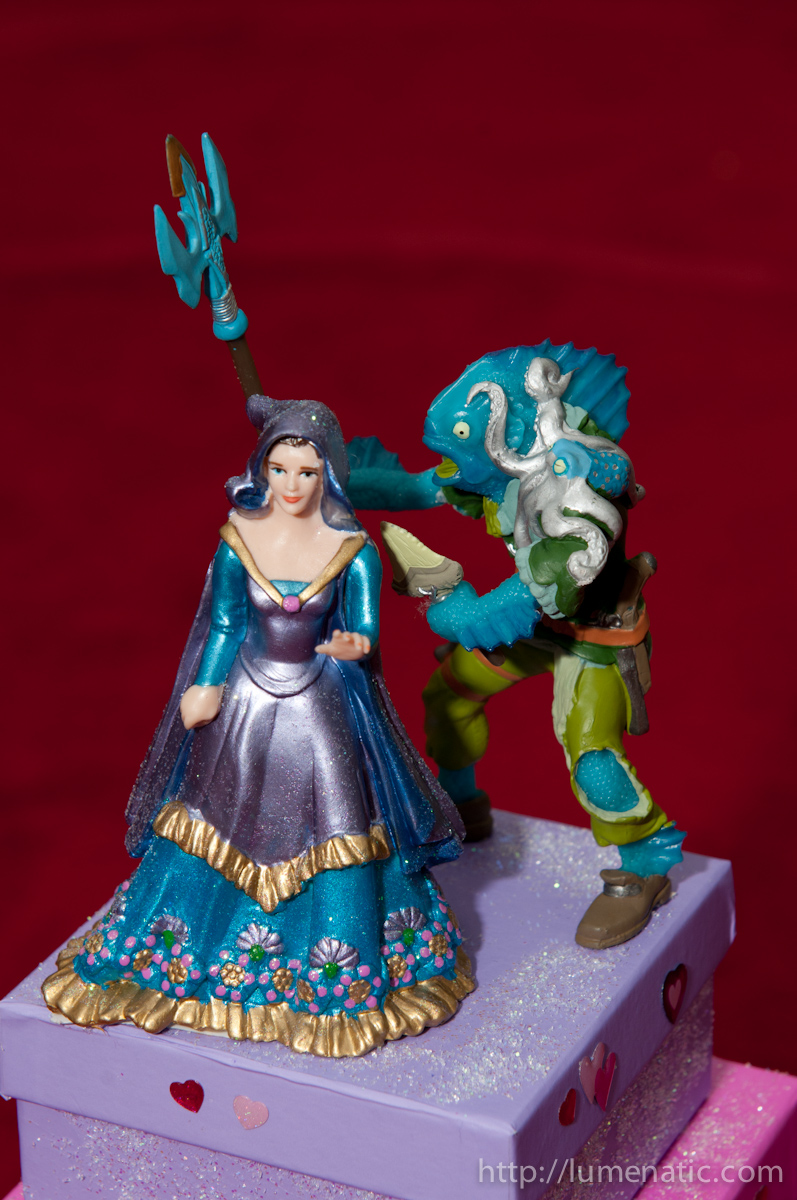 Option 3 – The “wedding cake”. To be precise, this gift did not contain money but sweets and was meant as a substitute for a missing wedding cake. Four boxes were glued on top of each other, but each box can be opened individually. The stack has been decorated with glitter and hearts and on top the “happy couple” resides. If you take a closer look the figurines turn out to be a princess and a fishhead mutant. Neat 🙂

Option 4 – The balloon. Another fantastic idea was presented in form of a model hot air balloon which would have made the Montgolfier brothers proud. The money was located in the basket below the balloon. The balloon itself was made by gluing paper scraps on an actual rubber balloon. By choosing nice pictures from an old magazine you can also give the balloon a very friendly and nice look – another possibility to let loose your creativity.
The rigging of the balloon which connects it to the basket has been made with twisted wire and is stable enough to place the balloon on the ground. Parcel wrap line has been used to create the upper part of the rigging, which allows hanging the balloon from the ceiling. 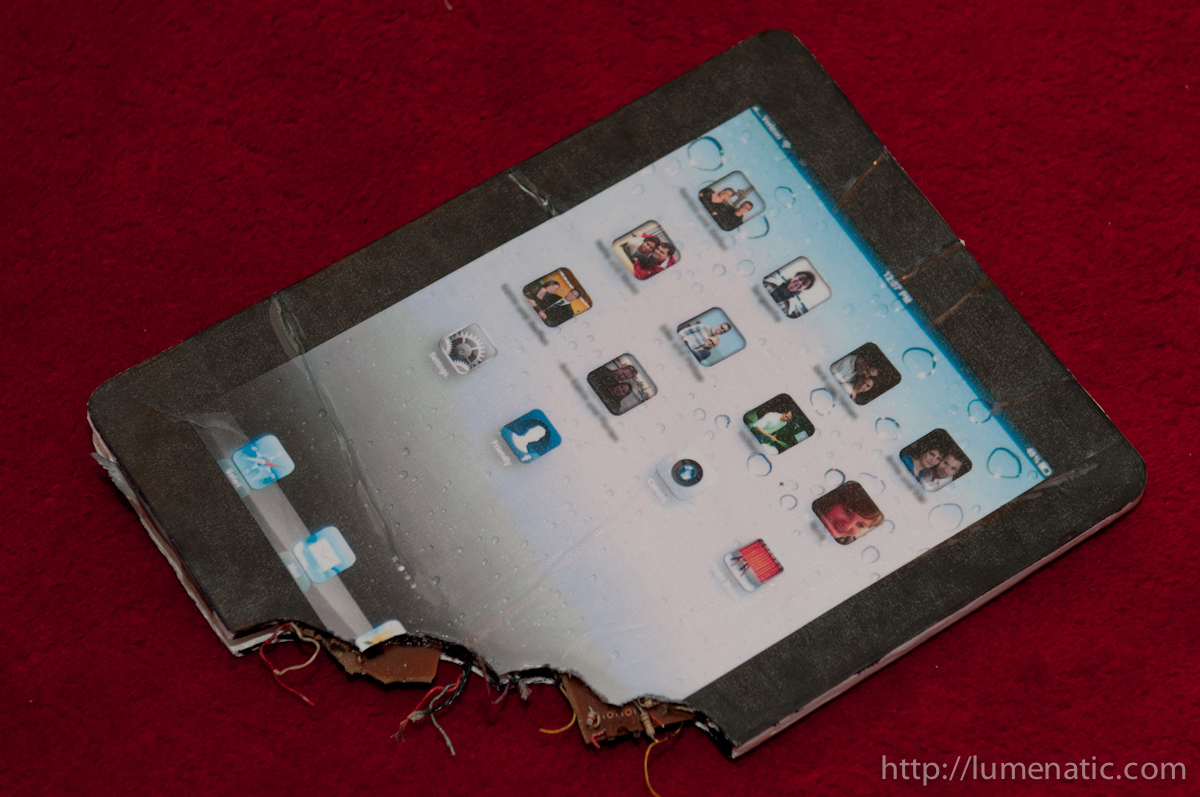 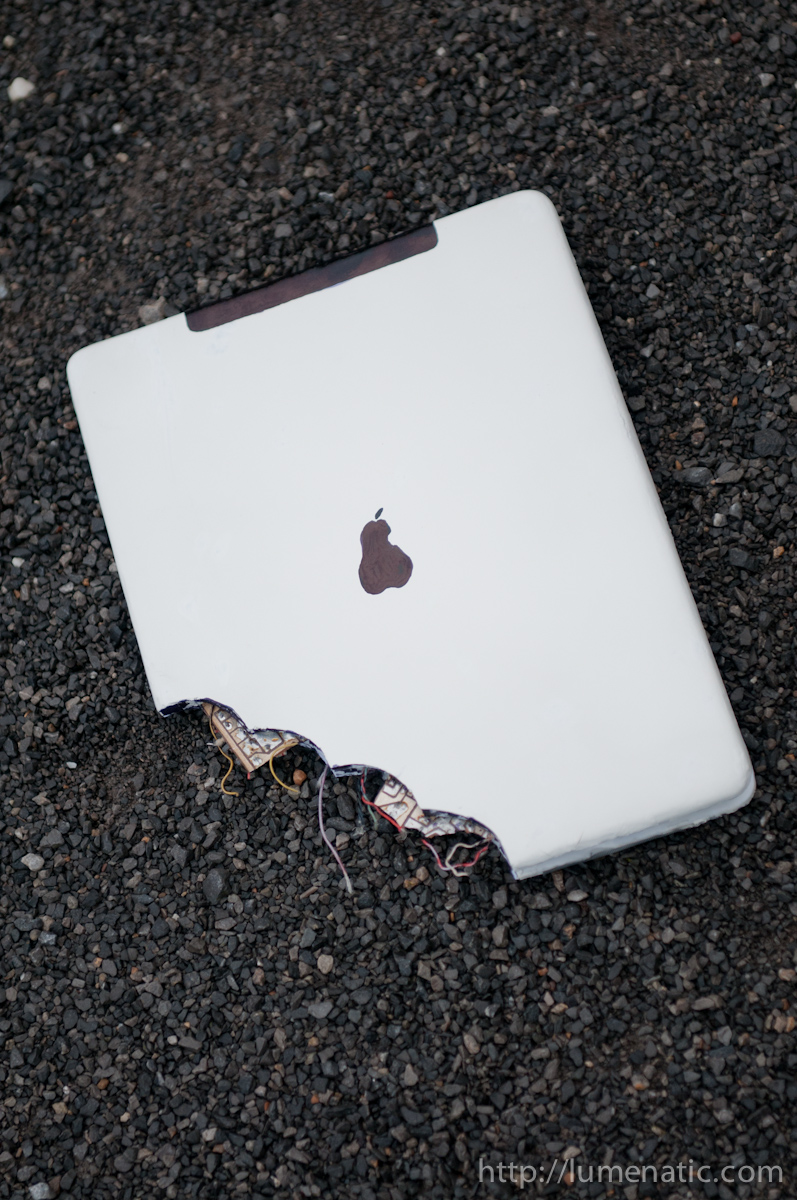 Option 5 – The “iPad”. This stunning idea to present money obviously had a relation to the wish list. Therefore this “iPad” was presented. The App icons are pictures of the people who participated in the gift. The body of the mockup iPad is made from polystyrene, the top is a painstakingly put together Photoshop image which has been glued on top and then covered with transparent foil to imitate the glass look of a real iPad. The chewed off corner is an extra laugh, with wires and old conductor board fragments sticking out of its side. The backside of the “iPad” has also been carefully modeled, with a new logo of the brand and they even did not forget the 3G antenna window on top 🙂 The only heartbreaking thing about that gift is that one had to destroy it to get to the money. The iPad body consists of two halves with a cavity in the upper part. The two halves are held together with duct tape and some modeling putty to shape the curves of the edges. Below you can see a side view of the mockup.

In conclusion I would like to state that these were very very very unusual, thoughtful, original and funny ways to present a money gift to somebody. They truly are gifts to remember, personal and an expression of friendship and esteem.