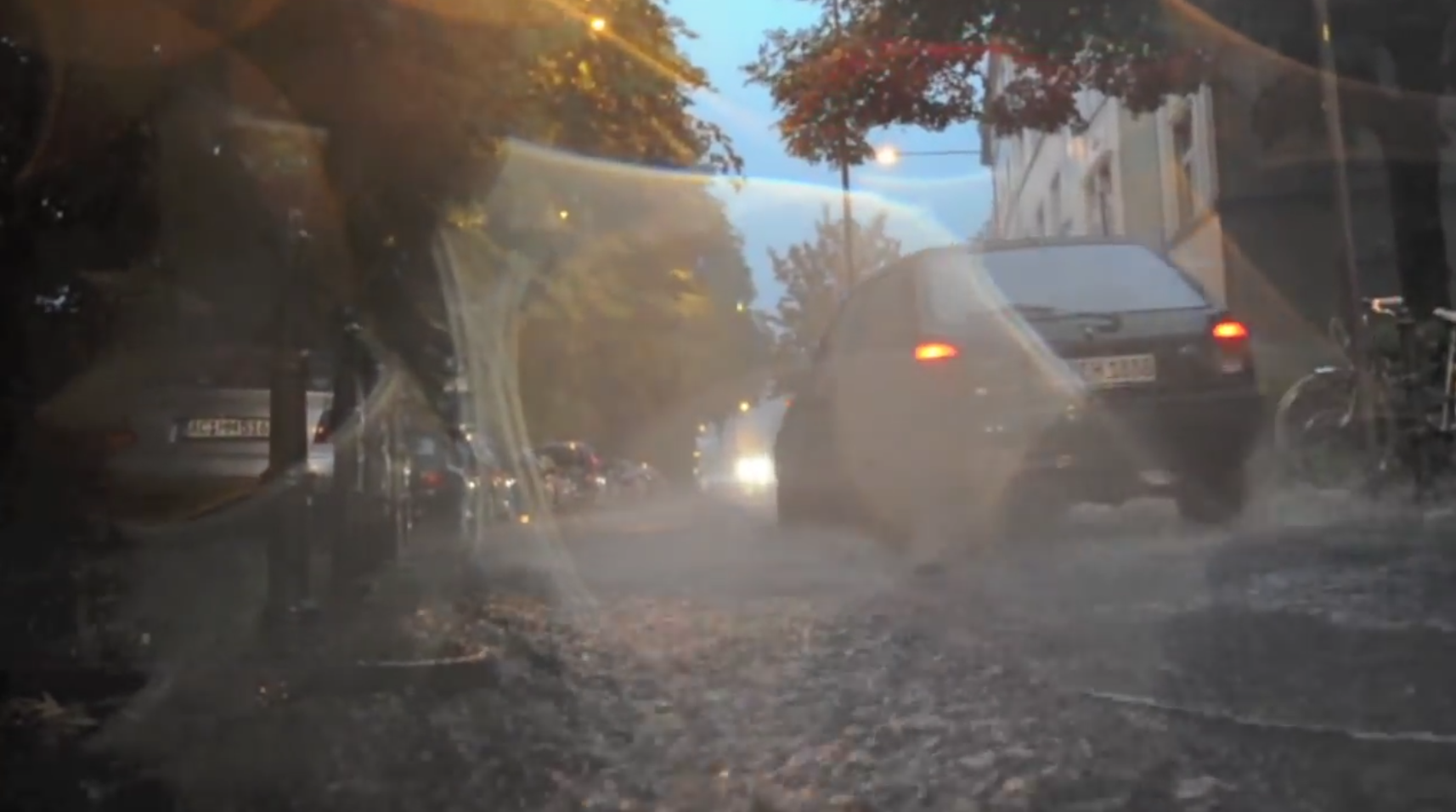 A few weeks ago, middle of August, there was a helluva thunderstorm here in Aachen. Rain rain rain amassing to a flood of epic proportions. When the rainfall started we just returned from a walk into the city. I was amazed by the sheer force of the rainfall. And I decided to film it. So I grabbed my D300s and shot a sequence out of the window. But that looked boring. So I went down to the front door and shot a sequence there. More interesting.

While I was standing in the door, filming the flood, a cunning plan took shape. Nikon D300s = weather sealed = splashwater-proofed. Why not test the weather sealing ?

And off I went into the rain. Here is what I experienced:

The camera was unharmed by the massive rainfall. A raindrop hit the (internal) camera microphone of the D300s, numbing the sound (see video at 00:50; I switched to a more pleasant rainfall sound from the iMovie library). Everything else was not affected by the rain. I spent roughly half an hour out in the rain, getting wet to the bone (see video at 1:55).

After getting back in the apartment I took a long hot shower to warm myself up. Then I dried the camera with a kitchen cloth. You can remove most of the water with a cloth. After that I left the camera out for drying at room temperature for some hours. This gave the last remains of water in the tiny gaps between the buttons, in the microphone etc. time to evaporate.

The next morning the camera was completely dry, microphone working normally again (if you produce high quality videos you use an external microphone anyway, but since I have not progressed to that point I am still using the internal mic).