This way you can swing a golf club, throw a virtual frisbee or engage in a vicious game of table-tennis.

Or – you can unleash hell and spray the world with virtual lead. And that’s how I like it. I have a quite amusing shooting game, called “The Shoot“. And that is quite a clever name, because you play a movie star in that game who is moving through a film set, shooting at cardboard figures which pop up. It is quite an amusing game, combining the violence of gunfire with the innocence of cardboard enemies (no “humans” are harmed in this game). 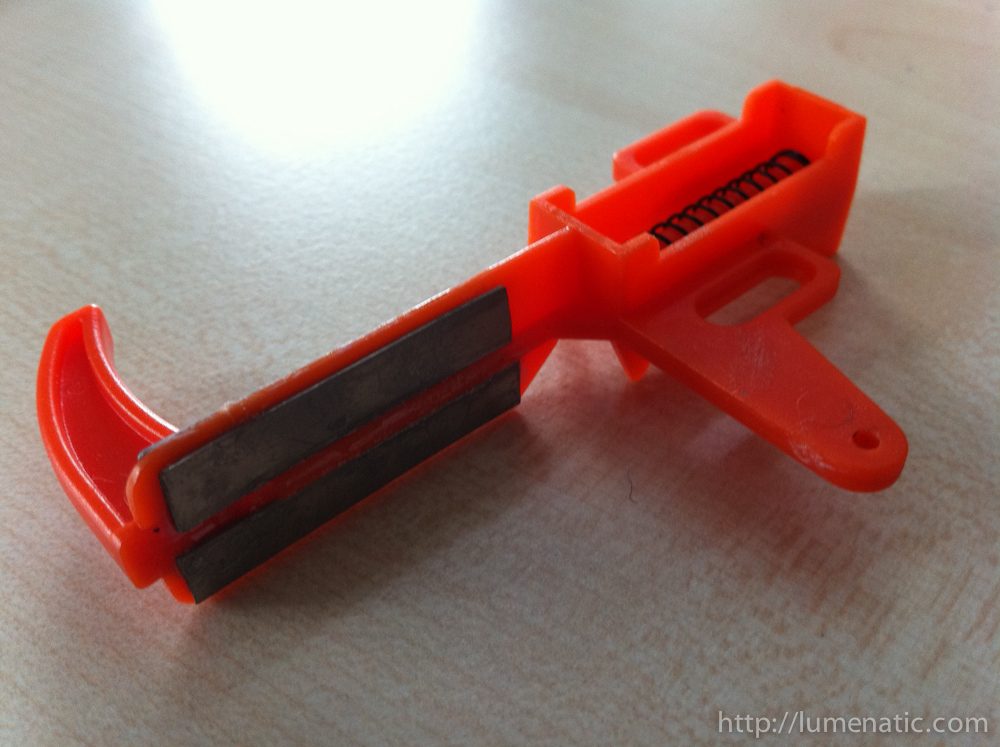 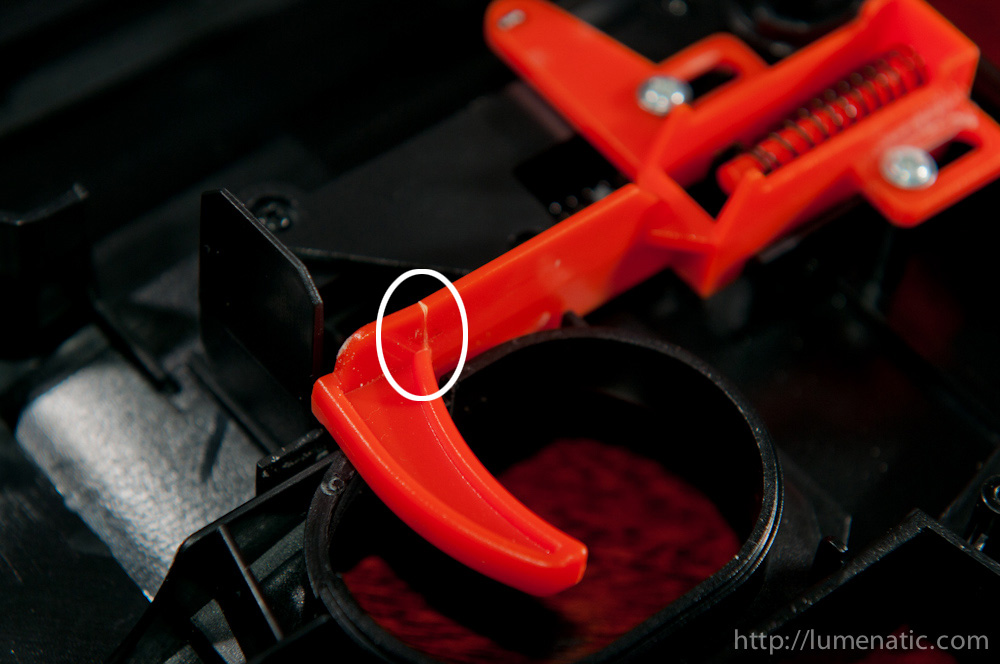 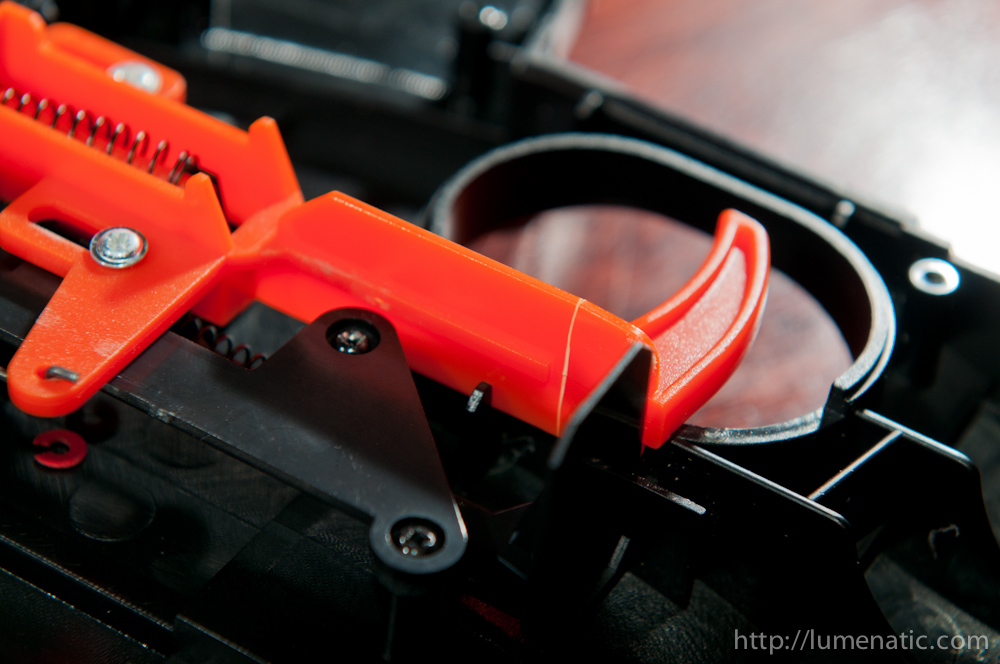 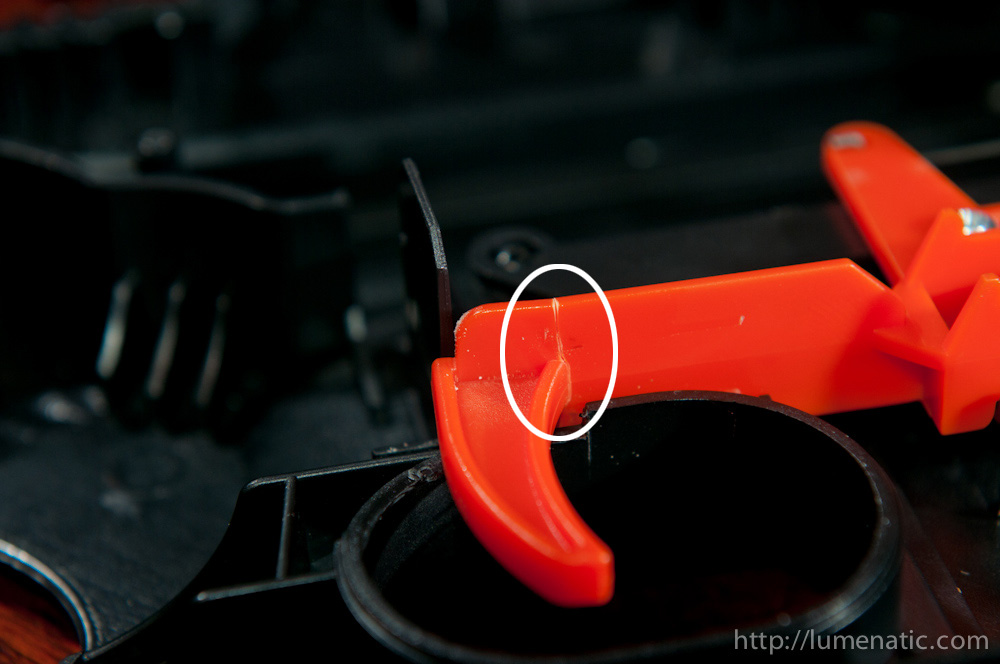 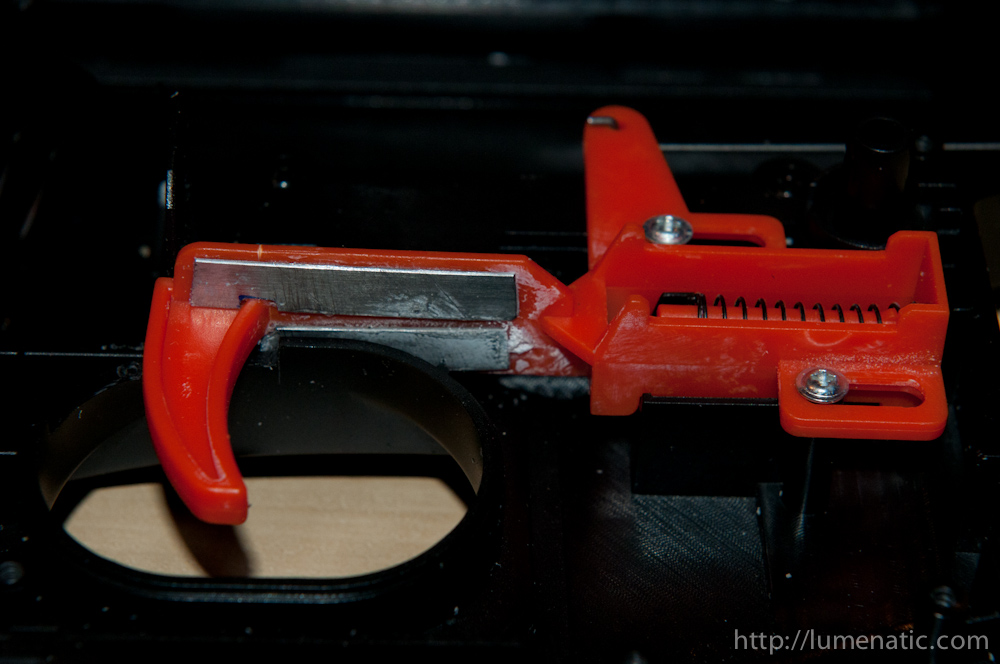 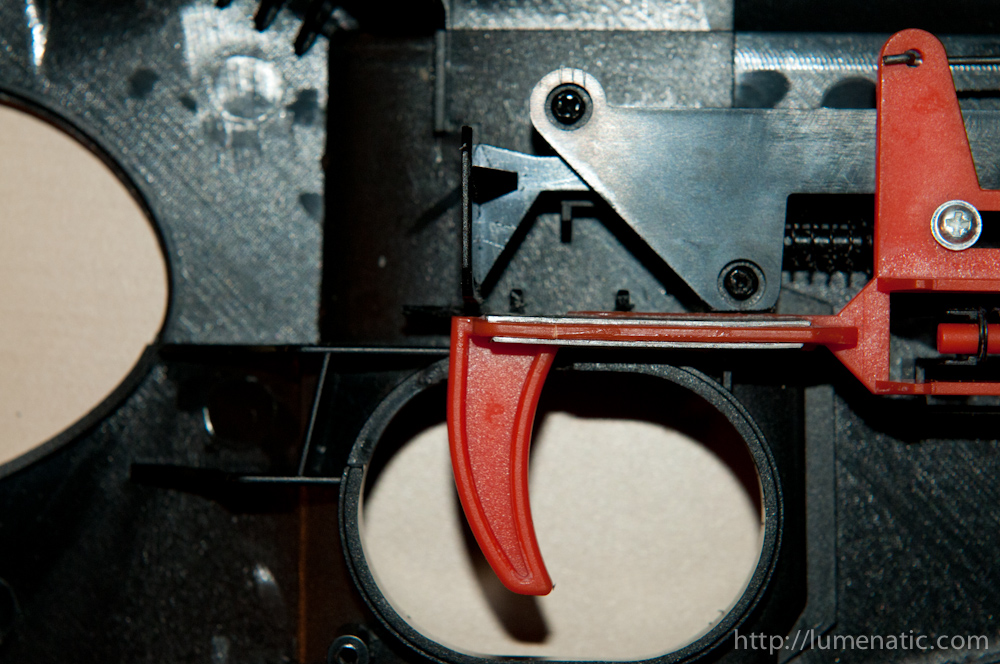 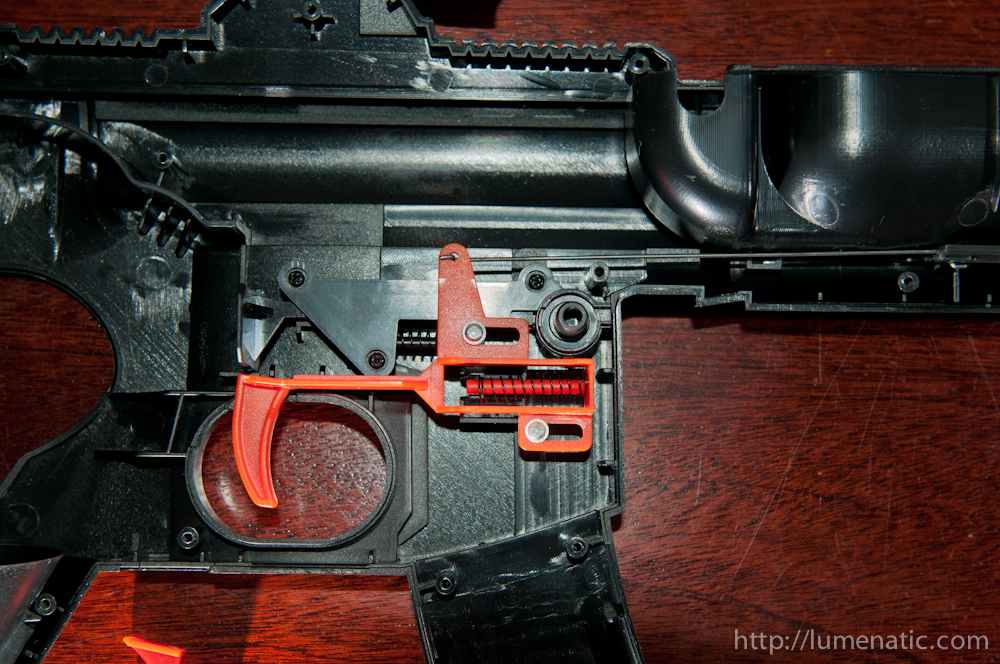 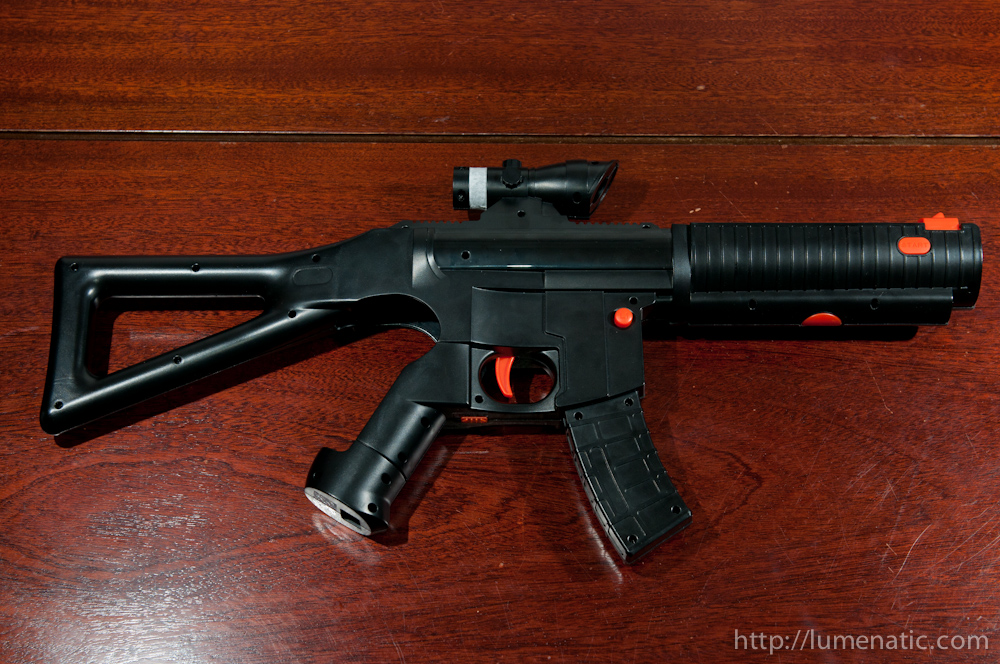 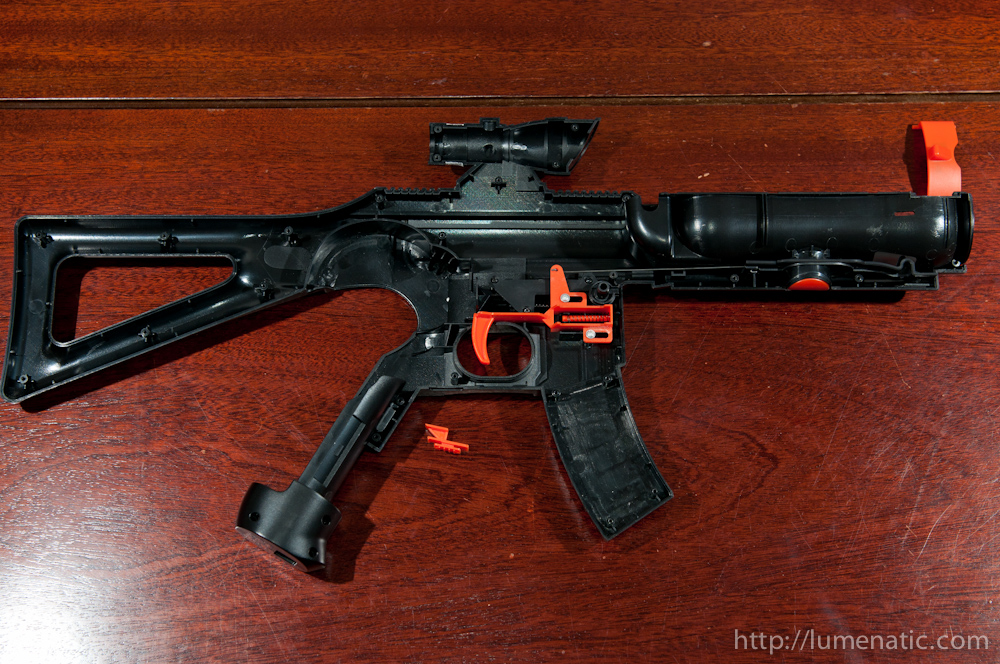 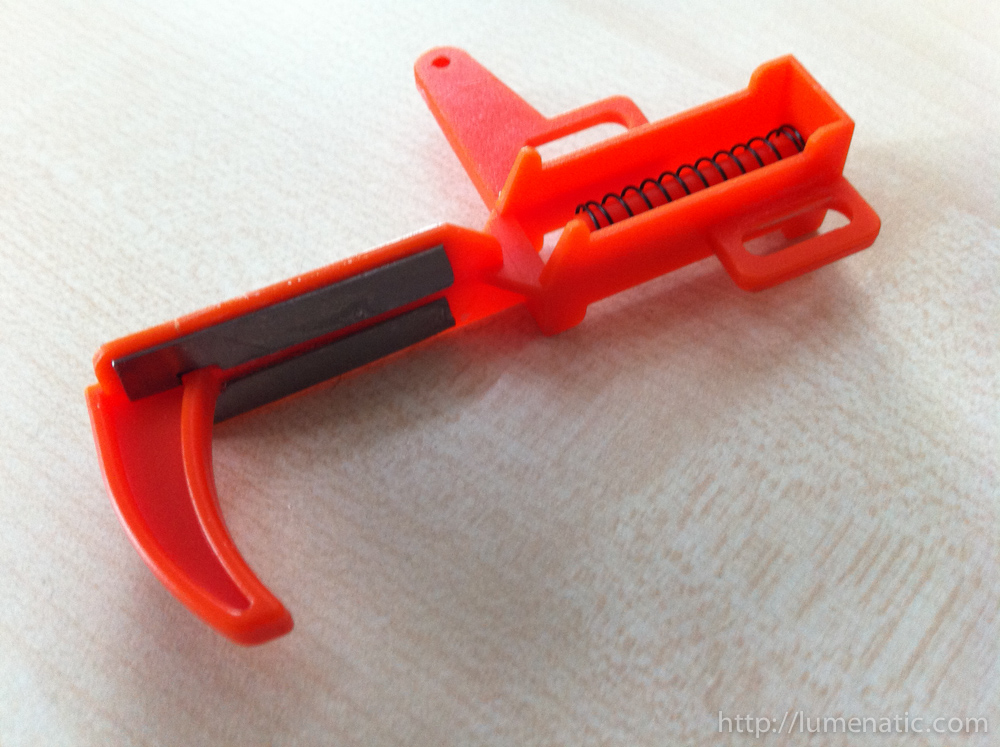 To enhance the fun even further you can buy adaptors into which the PS Move controllers can be mounted. There are pistols, machine guns, sniper rifles. You mount the controller on the “gun” and start shooting at the screen. Moving the gun moves the crosshair. It’s great fun.

And this is how the gun looks like. I bought a very cheap one, only 13 Euros via Amazon. It is not an official Sony product but a third party accessory. It’s all plastic and a construction design that is only possible to realize in China. The frame of the gun is made of two halves, which are screwed together with 25 screws. Yes, twenty-five. As an engineer I cry out in anguish at this useless waste of work time. It’s a perverted by-product of slave-like labour wages in China. Only when the work costs nearly nothing you can afford to construct something which is held together by twenty-five screws.

But that was not the point I wanted to make. Actually, the design is not only horribly engineered to put together, also the parts are not very sturdy. The trigger broke after only three game sessions. At first I wanted to throw the damn thing away, but then the engineer in me took over and I started to take the thing apart.

Here is what the gun attachment looks like when you remove the top half (yes, with twenty-five screws…):

Note the trigger unit in the center. I took a closer look at it. You might note the white line just above the trigger. This is the place where the thing broke.

Look at the top of the trigger unit. You might notice that orange rim in the middle. It stops right where the trigger ends. This way there is no reinforcement when the trigger is pulled. The plastic thing is bent during every trigger action, and after a short while the thing HAS to break. If they had constructed the trigger unit with the rim on the middle going until the end this problem could have been avoided. It’s mysterious why they did not do this.

So I took the trigger unit to my office. We have a very good workshop at work and so I asked the guys for four small metal strips to repair the trigger.

And so I got four small pieces of metal and glued them with instant glue to the trigger unit. Problem solved. Now the metal plates take up the bending action during “firing” . Problem solved.

When I reassembled the gun I had to cut away some small pieces of plastic and grind half a millimeter off to make space for the thickened trigger unit. That’s what it looks like when reassembled:
And now I can again go trigger-happy and play The Shoot without worrying about any broken trigger issues.

Best thing: I complained at the vendor about the poor quality. They said they do not have a replacement article but would offer to reimburse 6 Euros for it and I can throw the thing away. And that’s what I did. Now I effectively paid 7 Euros for the gun attachment and had some fun and success at engineering a “quality solution” for this product.