Shooting in the old slaughterhouse

I reported a lot about the tech specs of the Nikon D800 and about issues with this new model. But what is it all about ? The pictures. It is all about the pictures. This sunday I went on a photoshoot with friends and we conducted a session inside an old industrial building. It is the old municipal slaughterhouse, or, to be more precise, the truck loading area of the old slaughterhouse. This is the only building still standing of the slaughterhouse complex, the rest has been torn down.

Everyone modeled for everybody. We used two SB-800 flashes mounted on tripods to illuminate the subject. The intense light falling through the broken windows painted the scenery in the back beautifully.

I did not _perceive_ any CLS malfunctions during the shoot, because there were some misfires with every camera (my friends using a D300 and a D80). It is due to the large space we were in. The master signal is dispersed and, in contrast to a small studio, no light from the master flash is reflected so that a clear trigger signal can be received. This is a situation were radio triggers would have been the weapon of choice, but I don’t own any.

This is the truck loading area of the old slaughterhouse. Pretty fancy building. On the left side of the image you see a door which leads to an open field. This field once were the slaughterhouse premises.

Two SB-800s from left and right, background is natural sunlight.

The coolness is just a facade. We were only able to maintain such a facial expression for a few moments, then we had to burst out in laughter because it kind of felt ridiculous. The result however is an appealing portrait. It was quite in interesting experience standing in front of the lens.

Here we tried to do dome of those levitation photos. This image has been taken with a Tokina 11-16 f2.8 lens at 14mm. It is a DX lens, being the reason for the vignetting. but I like this effect very much, it suits the image.

Le pretty me, levitating. Technically speaking this photo is not copyrighted by me, but by one of my friends who happened to use my camera at that moment. 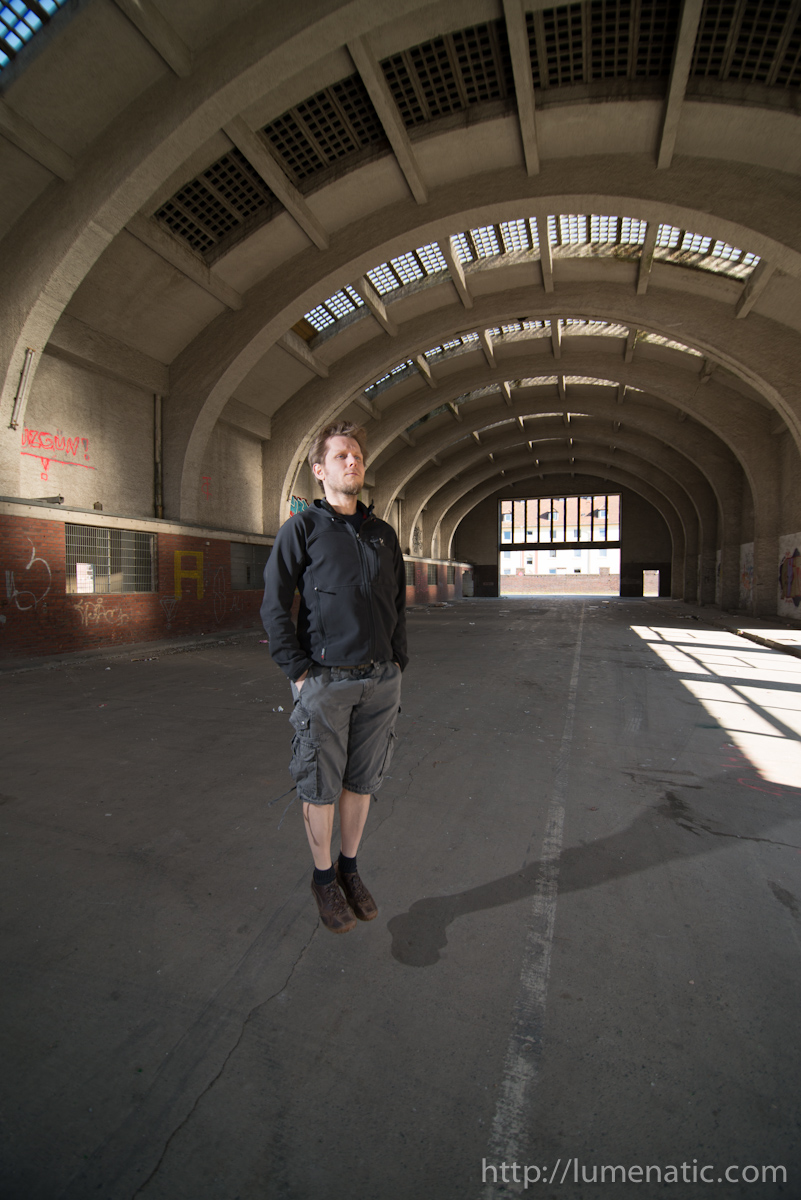 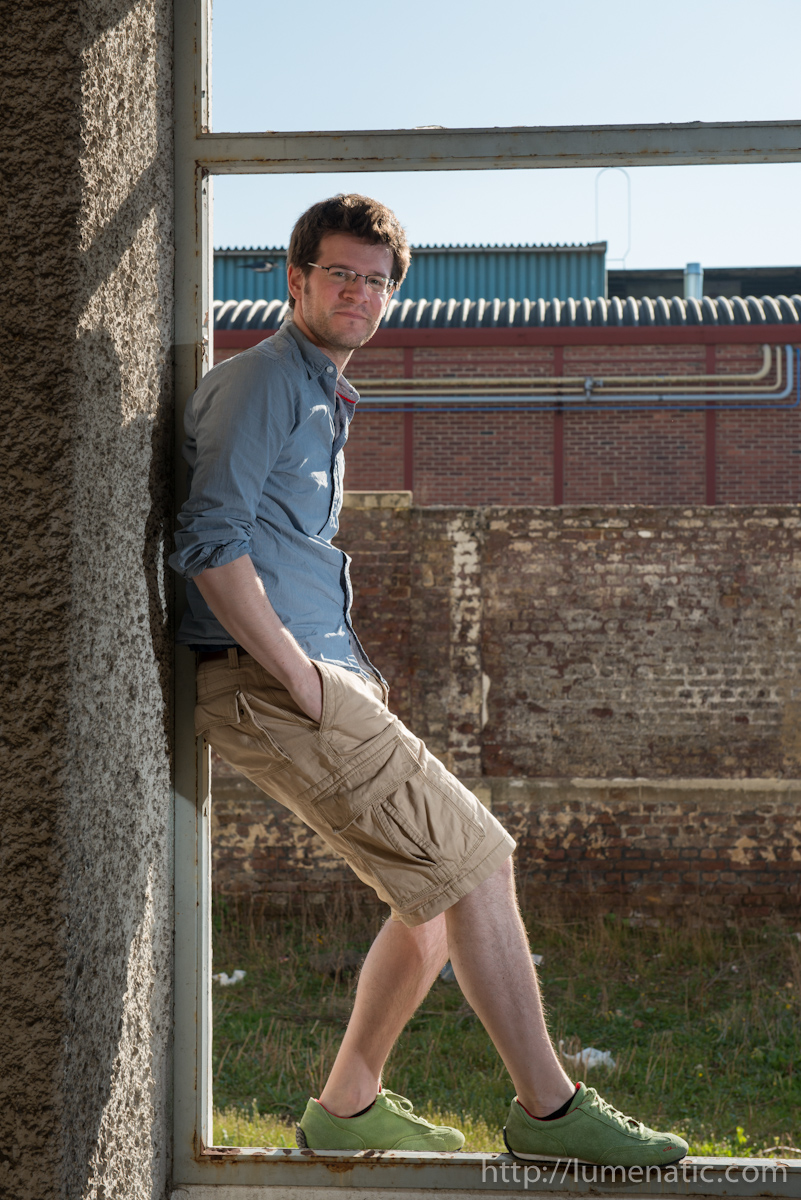 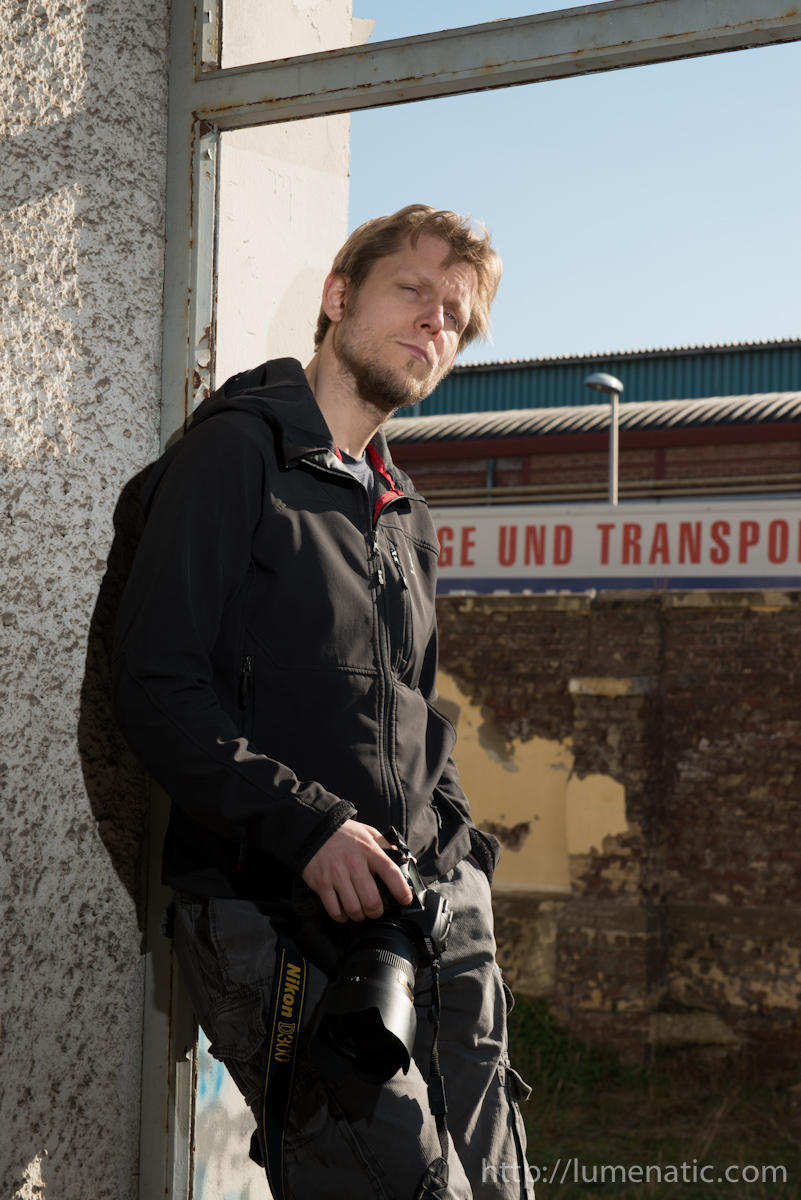