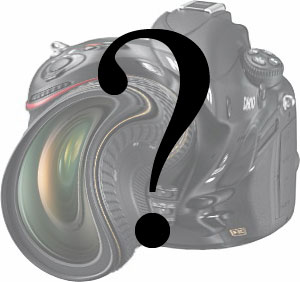 I get the impression that things are a little chaotic at Nikon. Today a customer service employee called me and asked for the serial number of my camera, because the dudes in Japan have asked for it.

Me: “Well, I sent you the camera, flip it over and look at the bottom !”
Him: “I do not have the camera here, I am not the technician.”
Me: “Well, I do not have the serial number with me at the moment, I am not at home. Why don’t you call the technician and ask him to flip the camera and look for the serial number ?”
Him: “Yes I can do that. To which service station did you send your camera ?”
Me: “……”
Me, after a pause: “I don’t know, because I gave the camera to service in the shop I bought it in, they sent it to the workshop.”
Him: “Ok and do you know which workshop that is ?”
Me: “No….. ??”

At that point I was irritated. So we have now three parties involved. The customer support in Germany, the workshop where the camera has been sent to (Cologne or Düsseldorf presumably) and some guys at Nikon HQ in Japan. The latter obviously do not have my camera.

The customer support employee sent me an email after the phonecall stating that he was unable to identify my camera, hooray for that. I checked my files and quickly found the serial number, which I have mailed to him now. In that context I also stumbled over a 2-page letter with a minuscule description of the problem, and in that letter also the serial number is mentioned.

I had printed that letter and given it away with the camera. I even mailed the letter to the very same service person I was talking to on the phone. Now I sent it again to him with the urgent request to show this to the technical service. I even offered to translate the German letter to English if this is helpful for the engineers in Japan.

And not to mention that I registered my D800 online, so the camera body serial number is also listed in my service account at Nikon (which, to the defense of the service employee, runs under a different email-adress but under my name).

Ok, so my camera is not in Japan, it is presumably somewhere in Cologne or Düsseldorf and I have the gut feeling that the flow of information is not as smooth as it should be.

Oh yes, and since the service employee was not able to identify my D800 he also could not give me some input on when I can expect it back….

Gnarr. Dear Nikon: I really would appreciate a little incentive when I get the camera back. It’s three weeks now…  something like the memory card giveaway you did with the D4 would be nice 😉