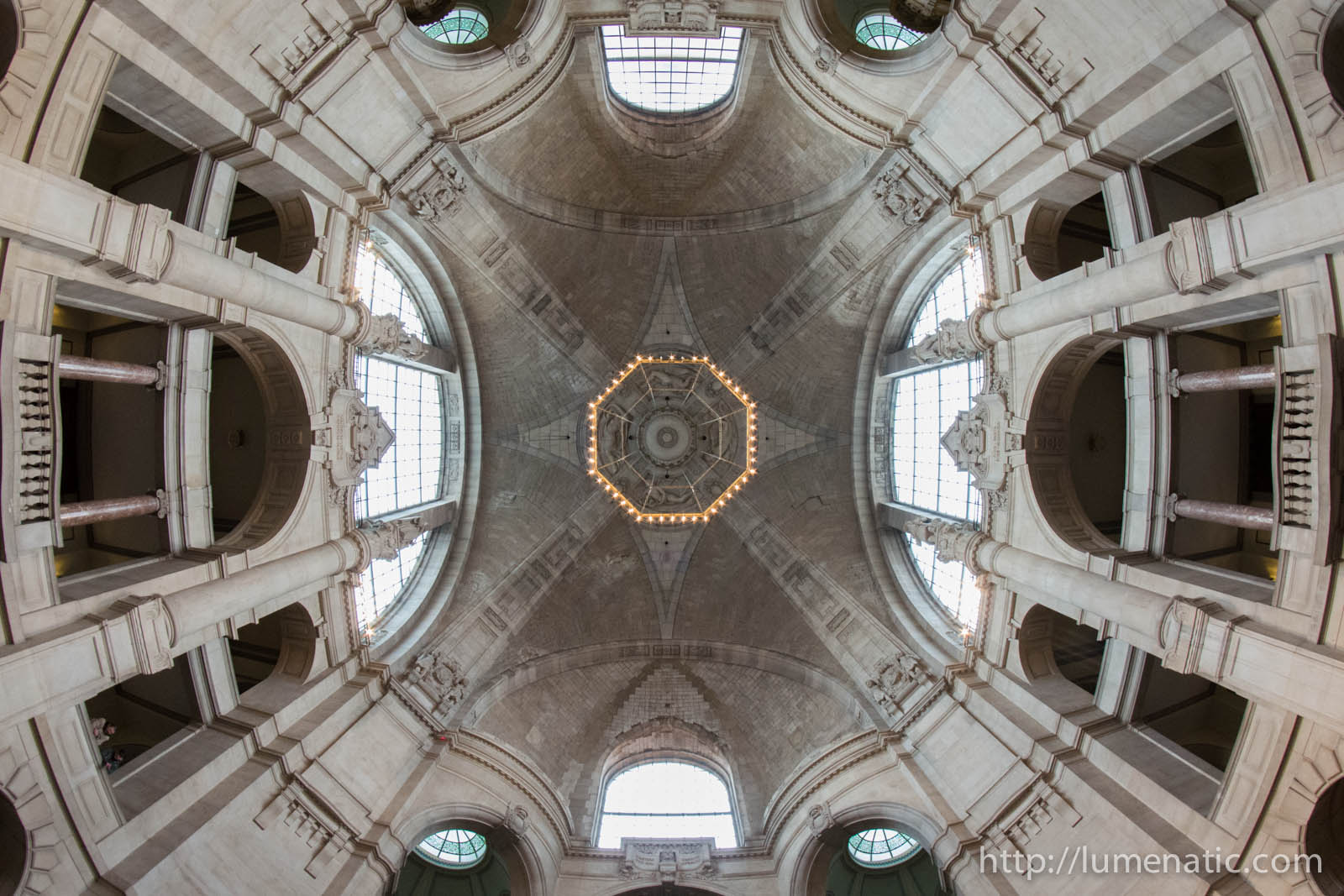 Today I made an excursion to the new townhall of Hanover. “New” hereby means that the building was finished in 1913, the old townhall is from the 13th century. Kaiser Wilhelm II of Germany attended the opening ceremony, jawohl ! The new townhall is an impressive building with a large dome and a huge entrance hall open to the public. The building cost 10 million Marks back then, which was an enormous sum. And the city paid for it in cash, which I find noteworthy in times of towering national debts.

I had some fun with the Samyang 8 mm again and here are the results. I was particularly fond of the spiral staircases which are located in the entrance hall. The spirals and the supporting pillars converge through the distortion of the lens in a way which makes one feel a little high. Na, that came out wrong. What I mean: Everything flows towards one point, the lines are bent and distorted.

Once again I am astonished by the opening angle of this lens. It is nearly 180° totally awesome. A little less awesome is the fact, that one has to shoot at f8 minimum to receive a decently sharp image. But I discussed that earlier in a dedicated post. I had to tweak up the ISO setting to compensate for the small aperture, which is why some images are a little bit grainy. But nevertheless – I am satisfied with the outcome of today’s excursion and hope that you will enjoy the images, too ! 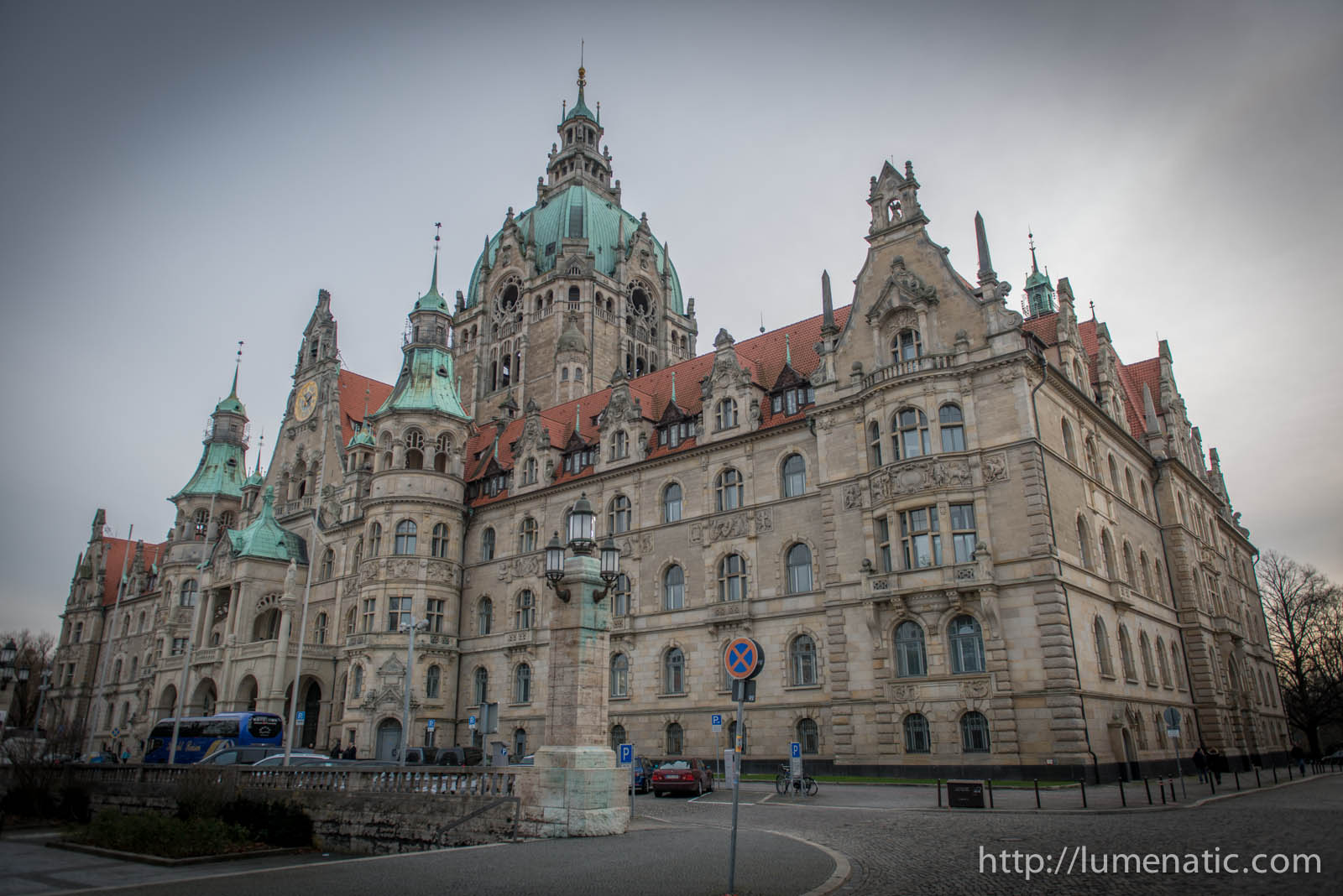 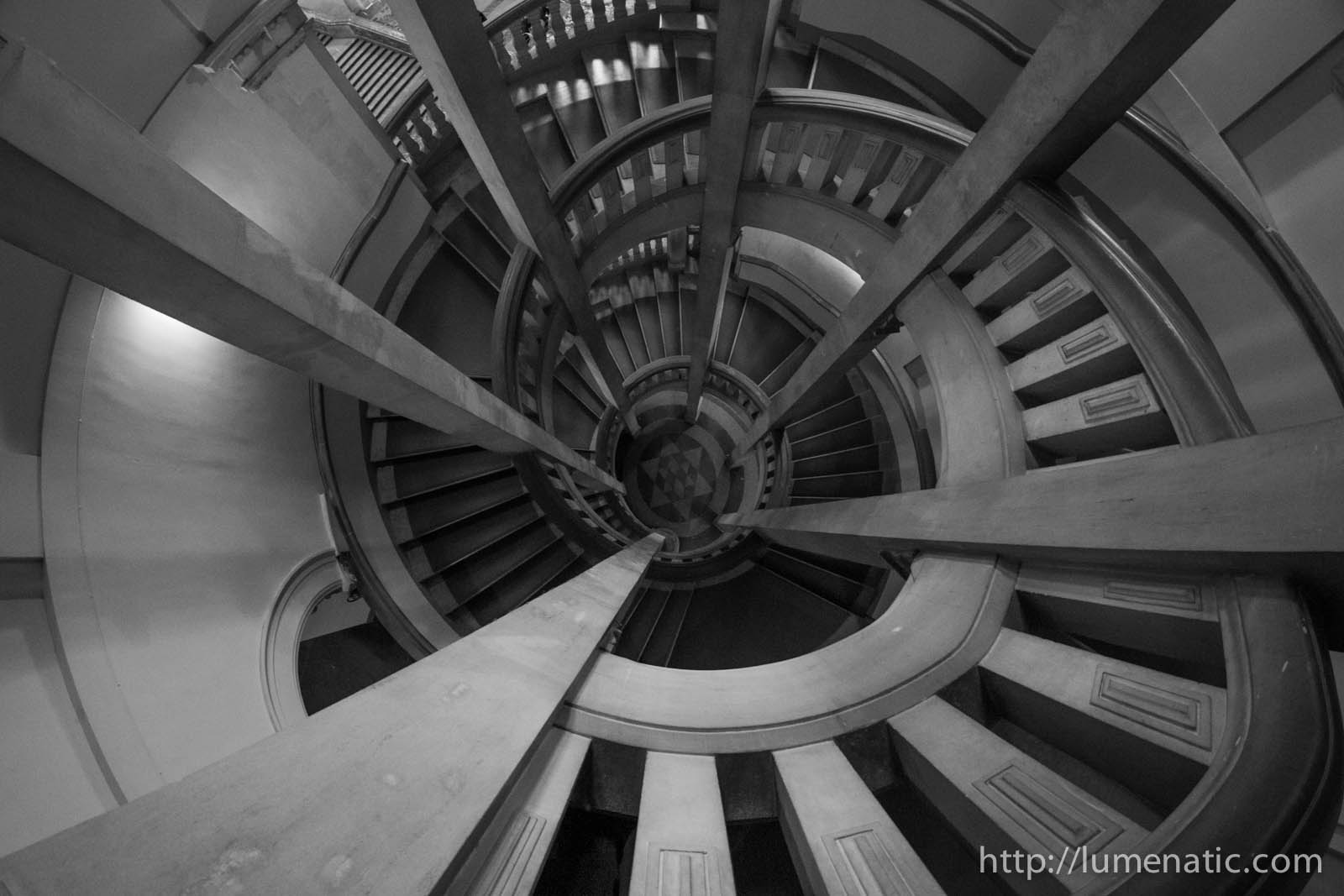 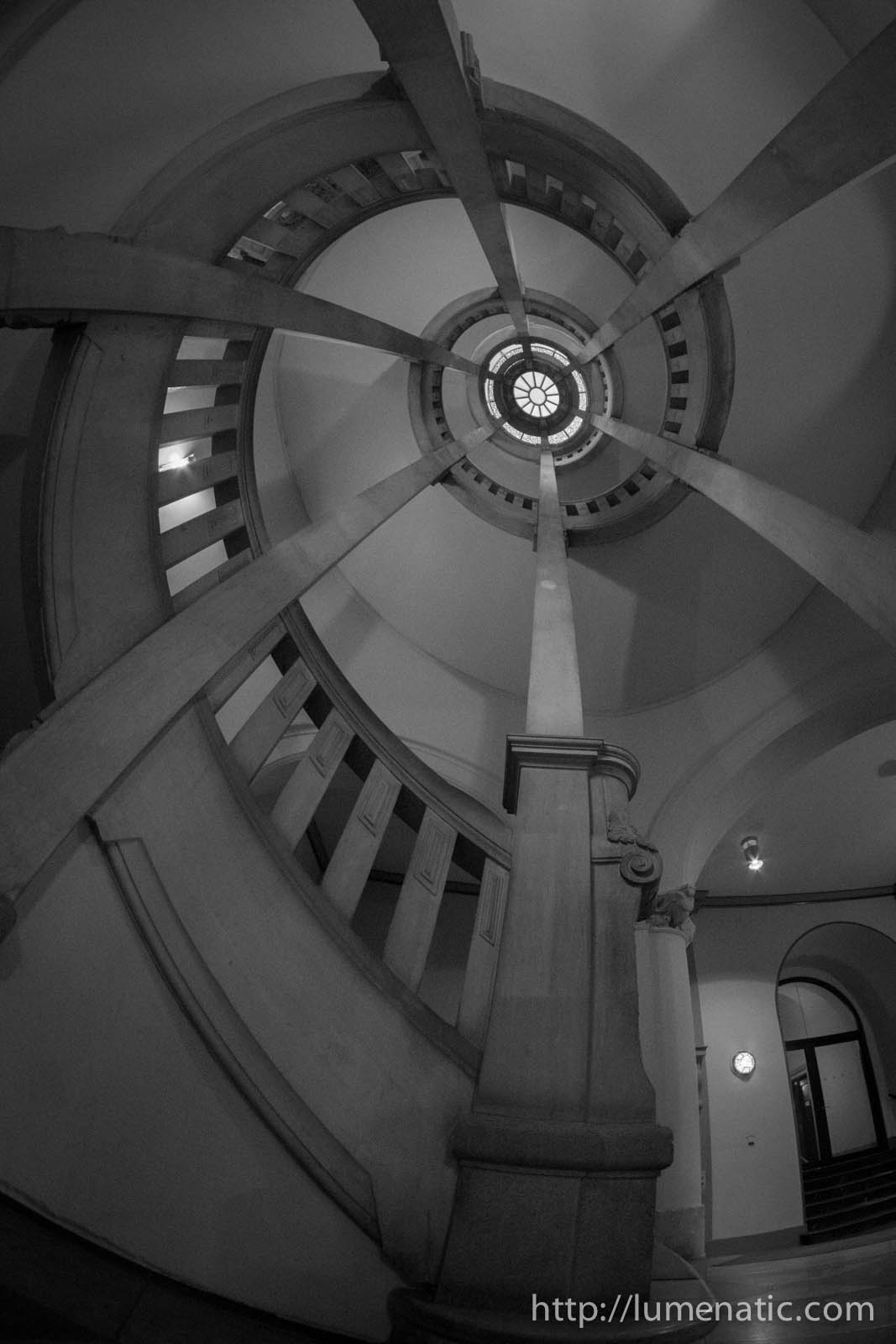 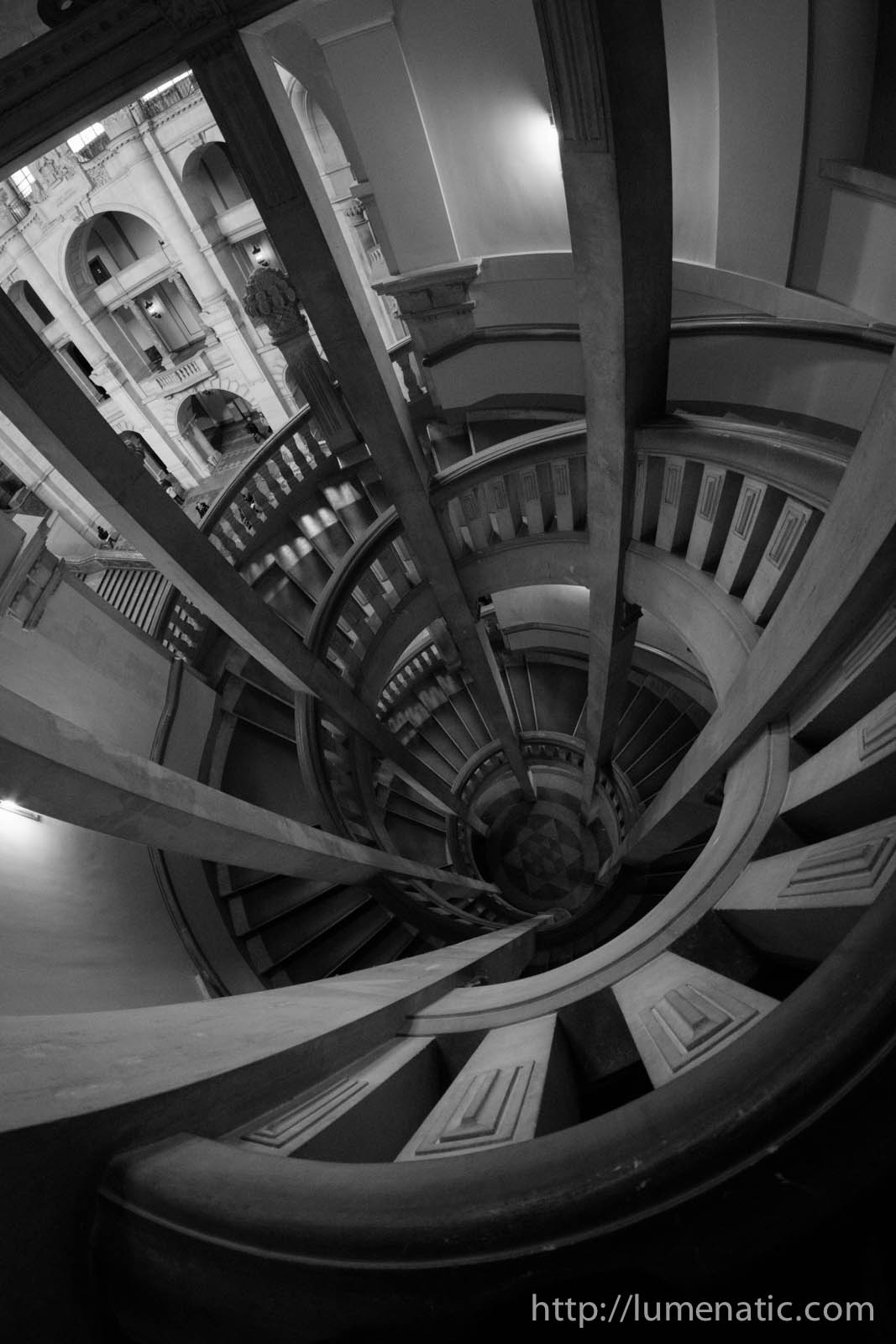 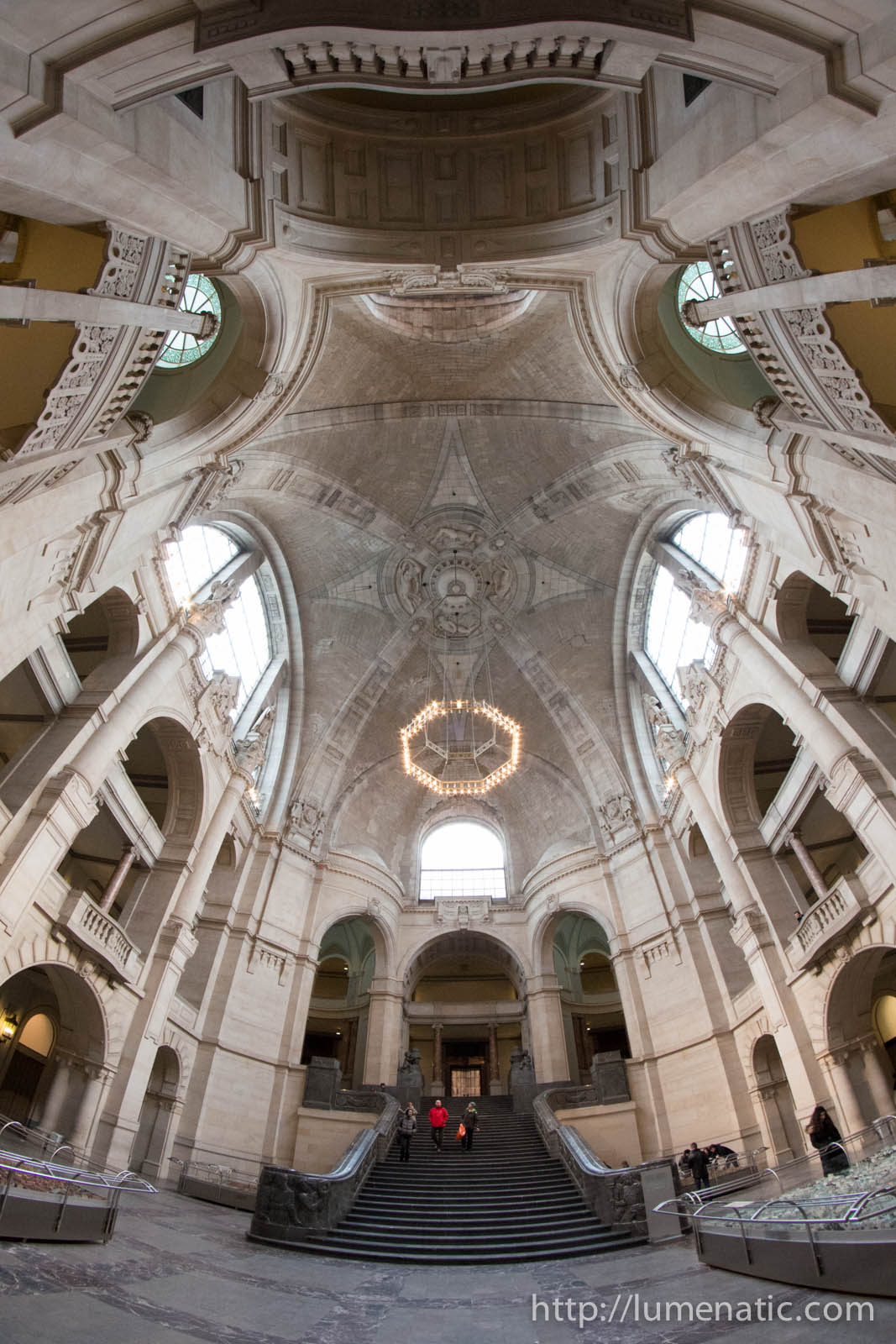 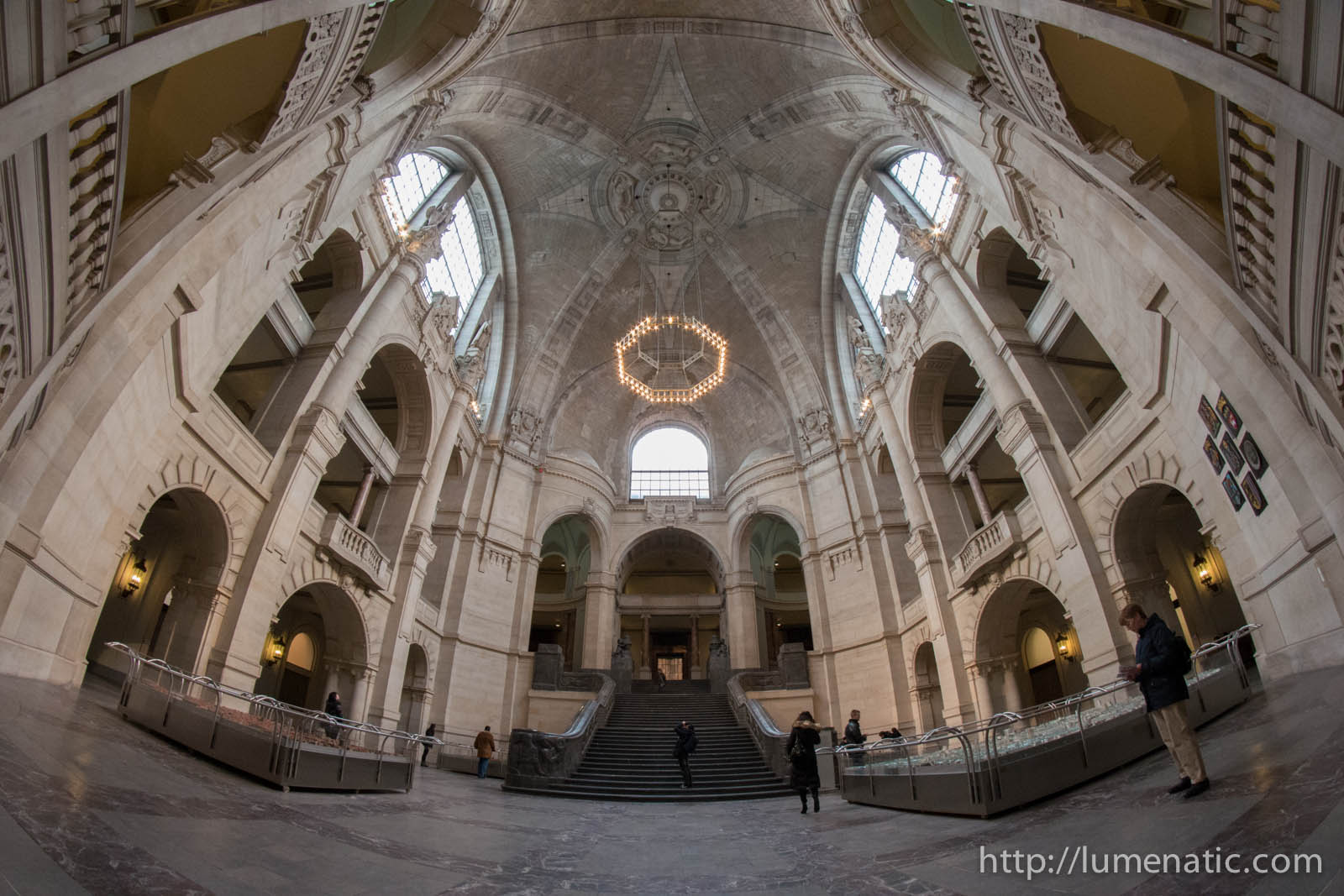 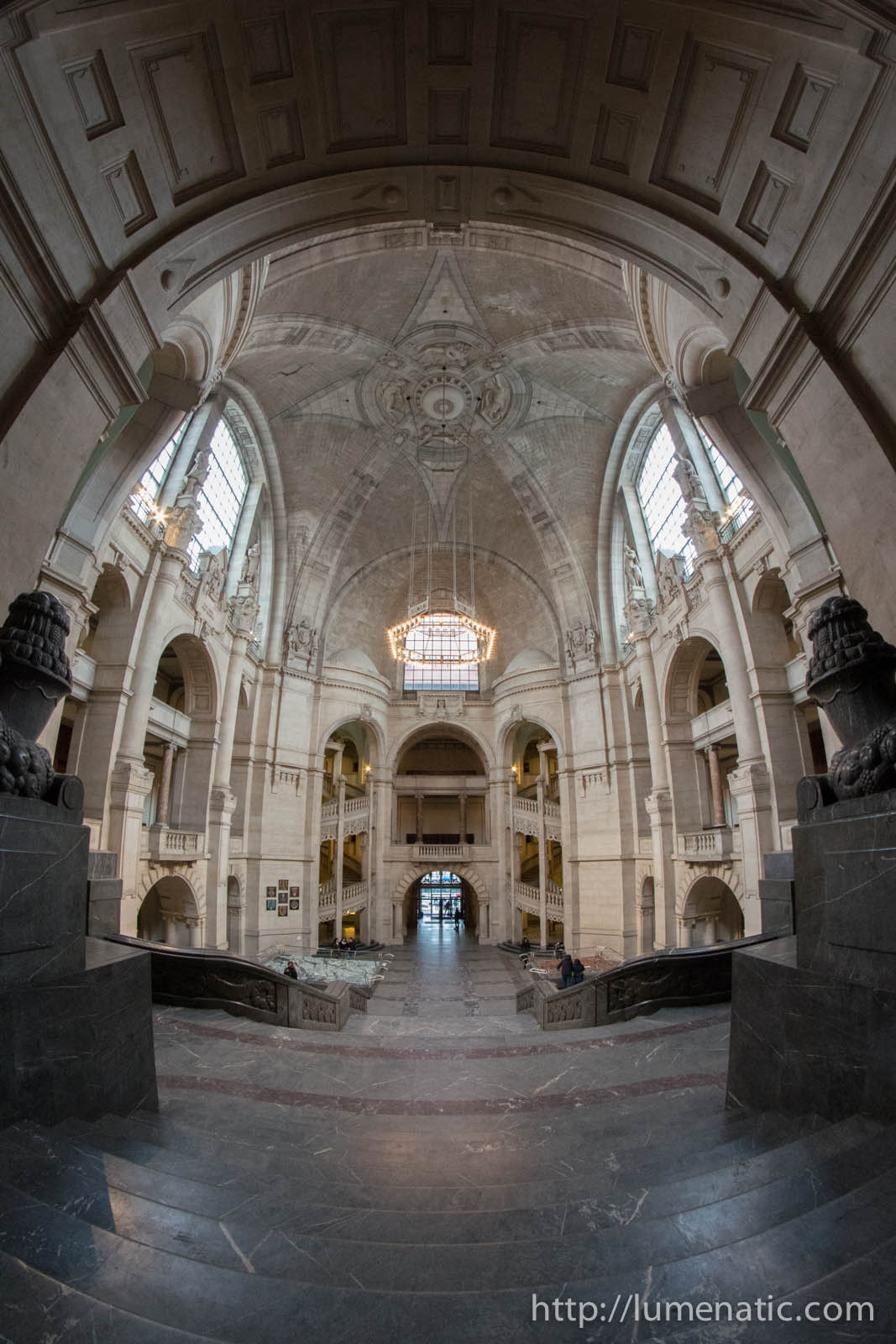 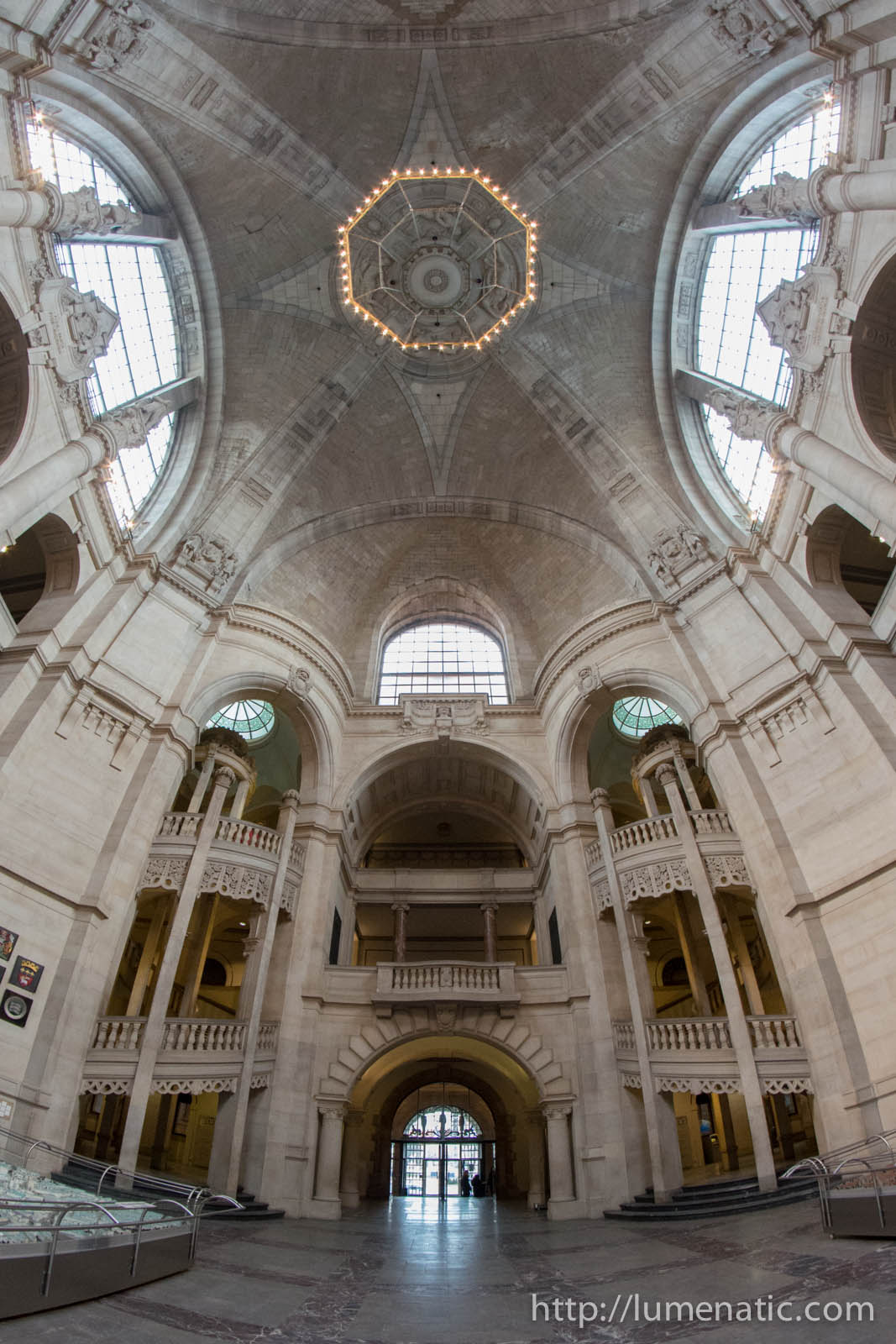