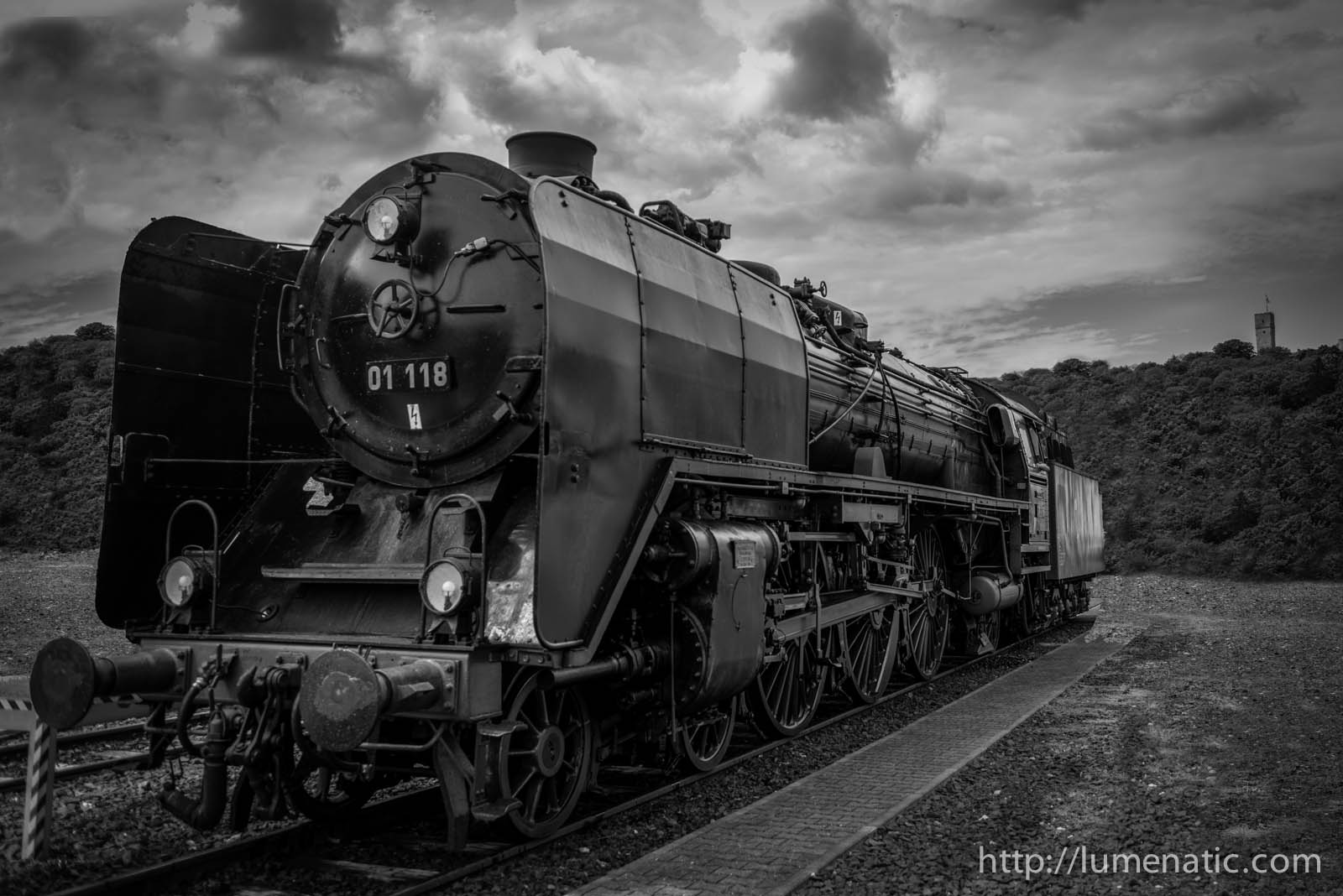 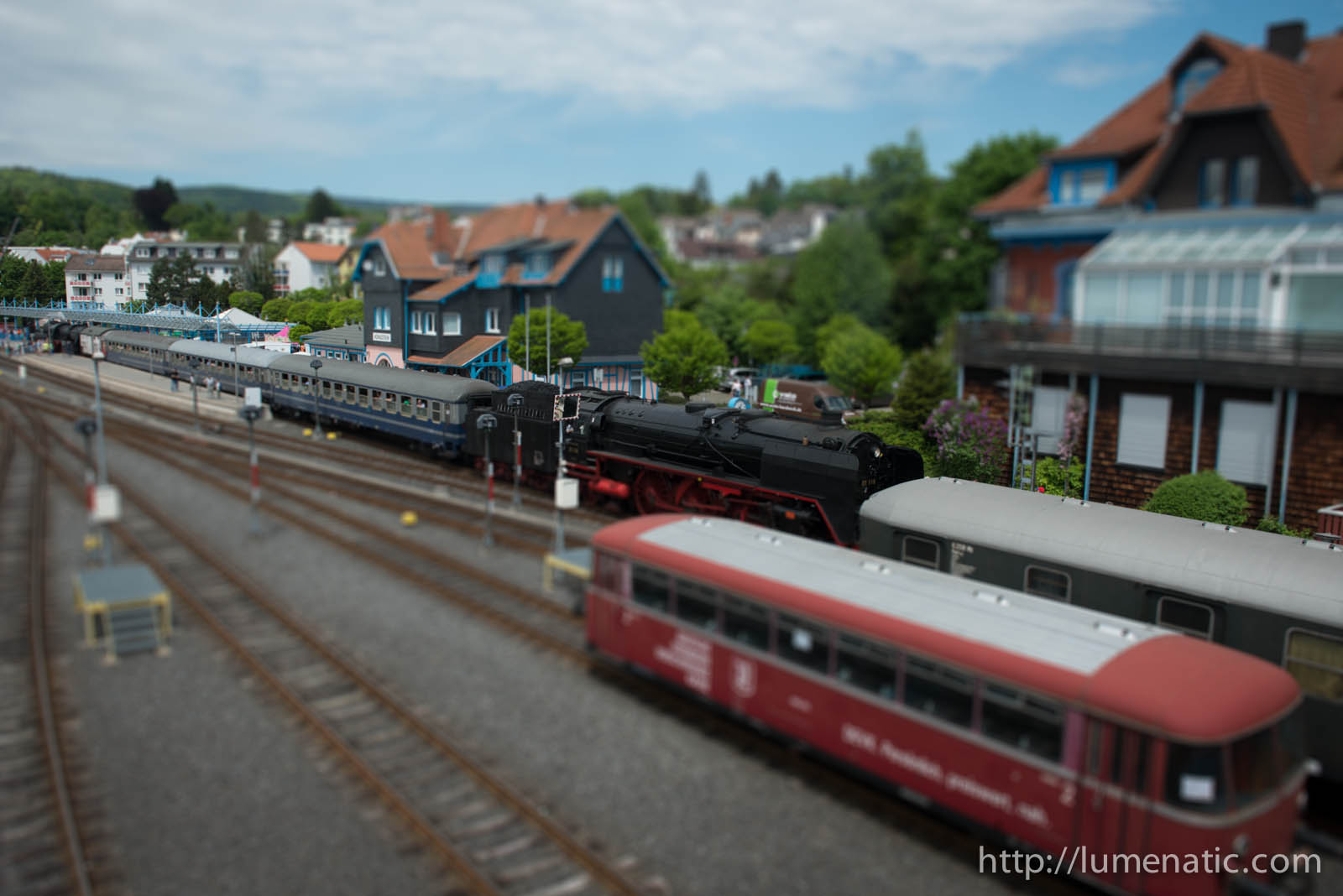 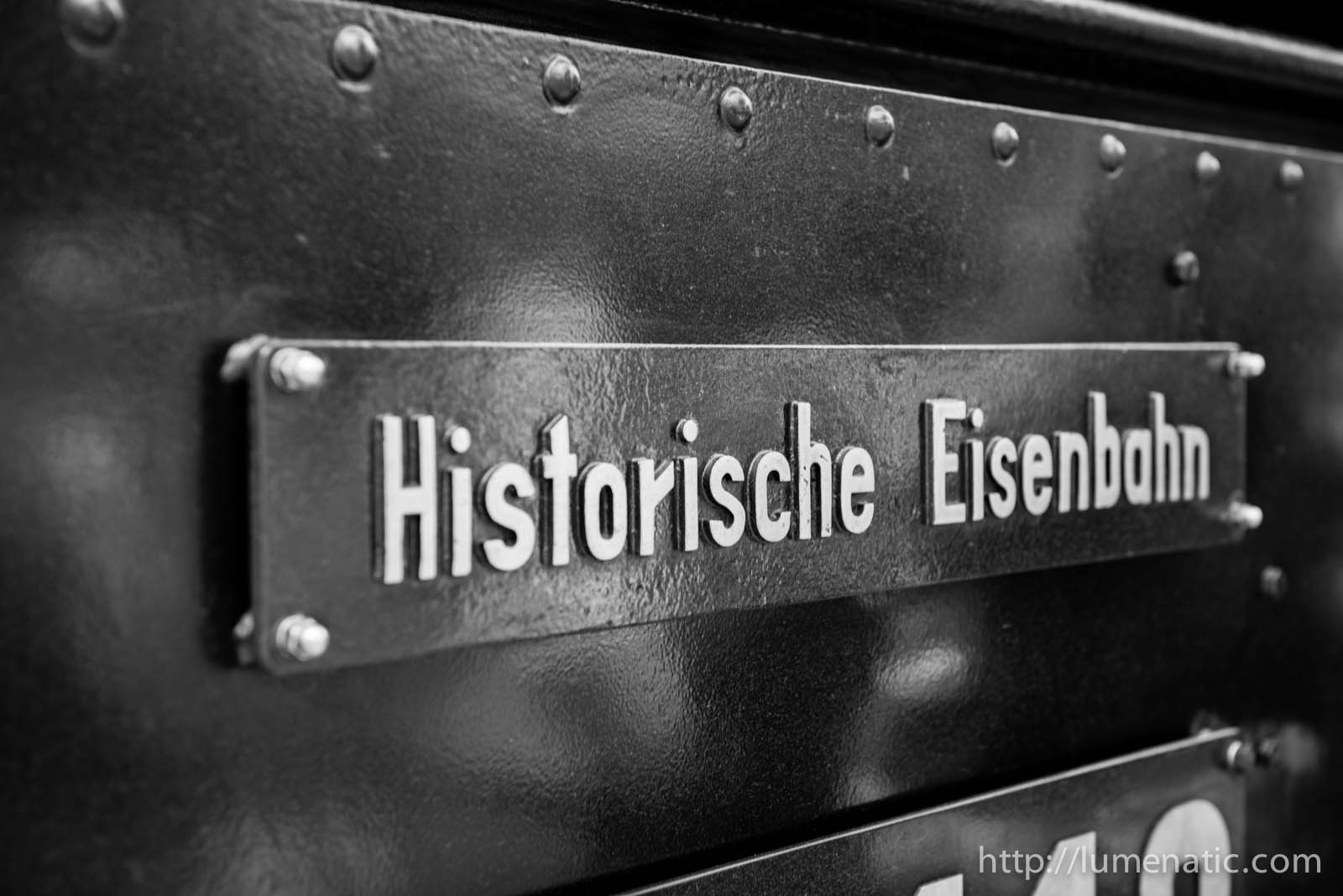 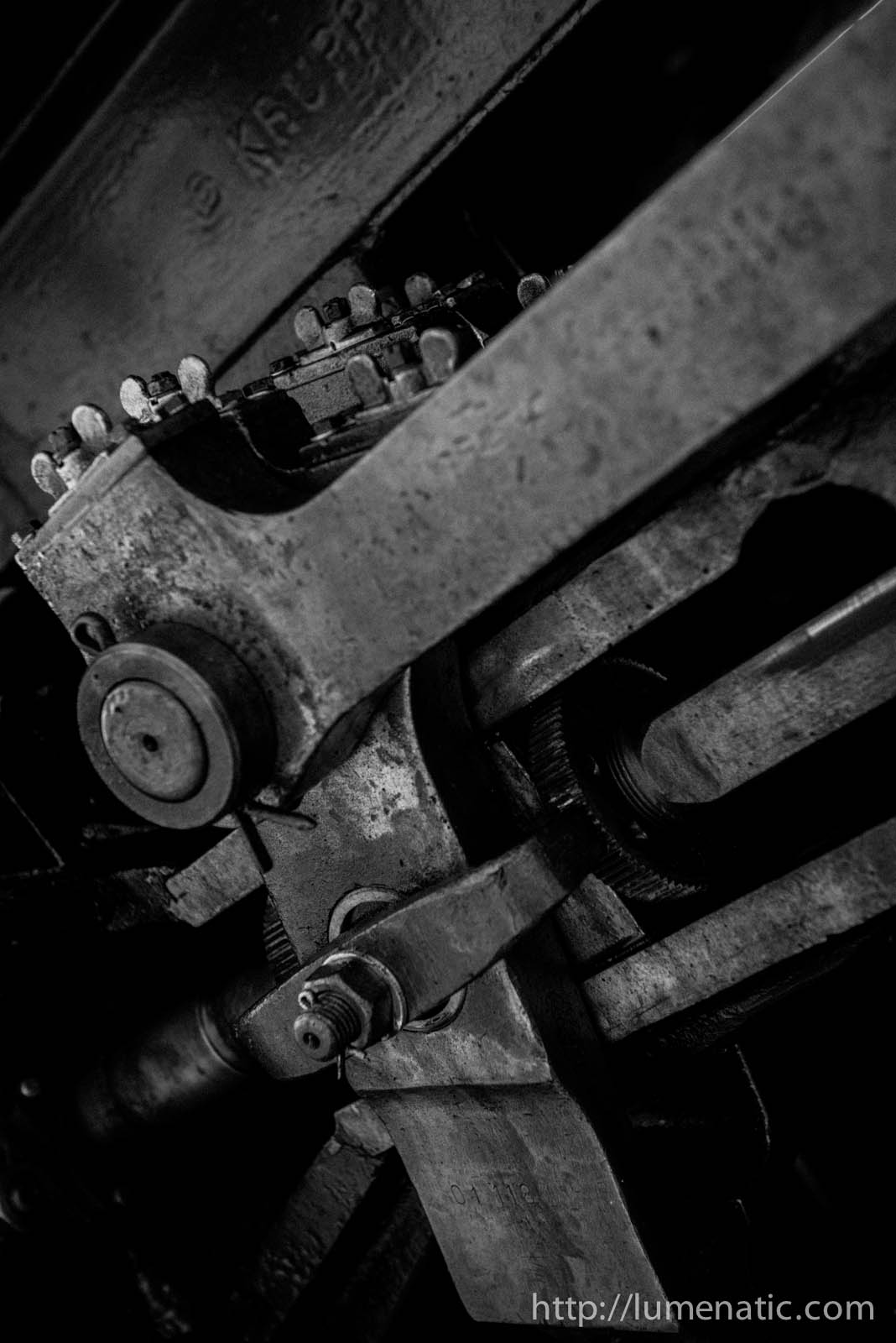 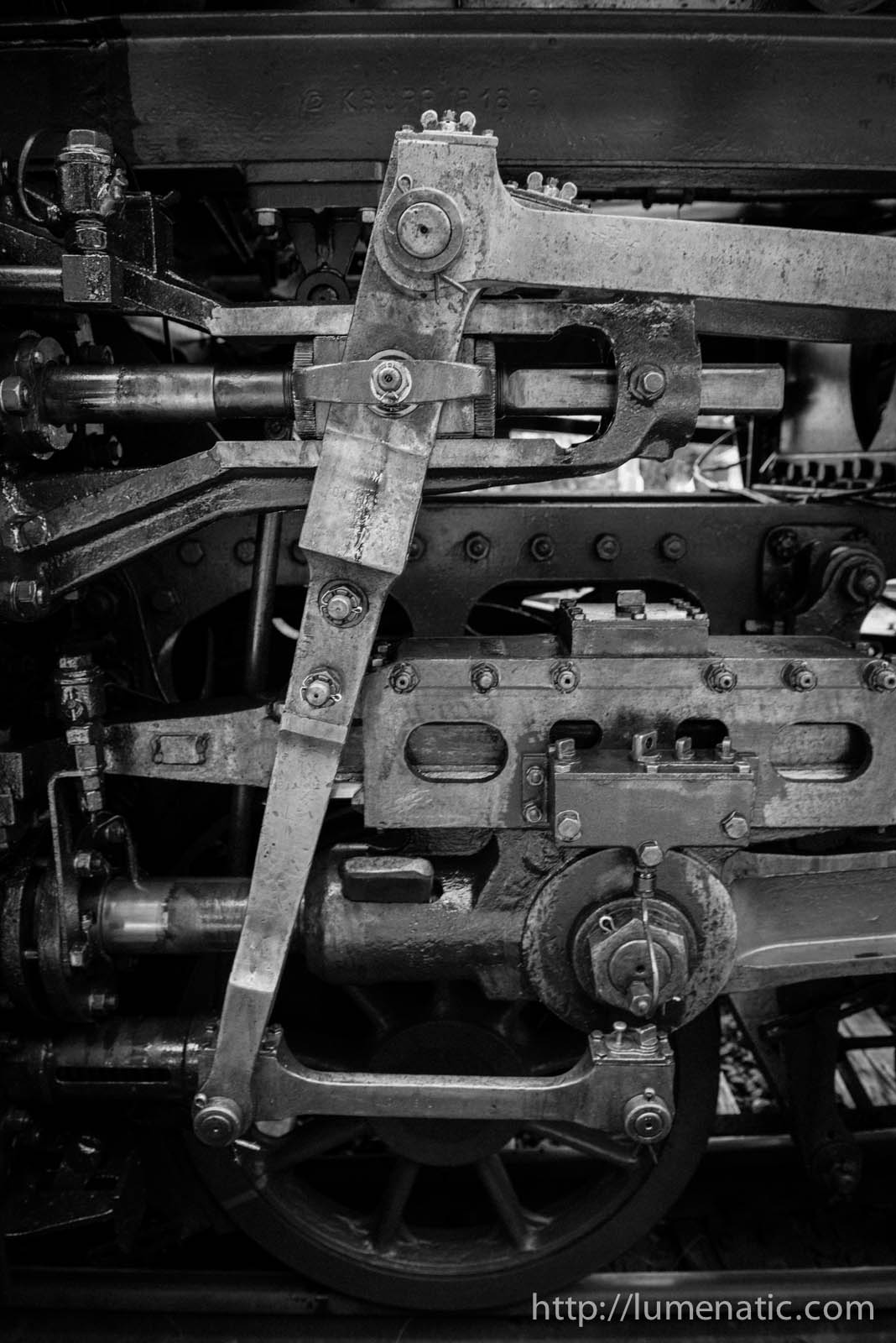 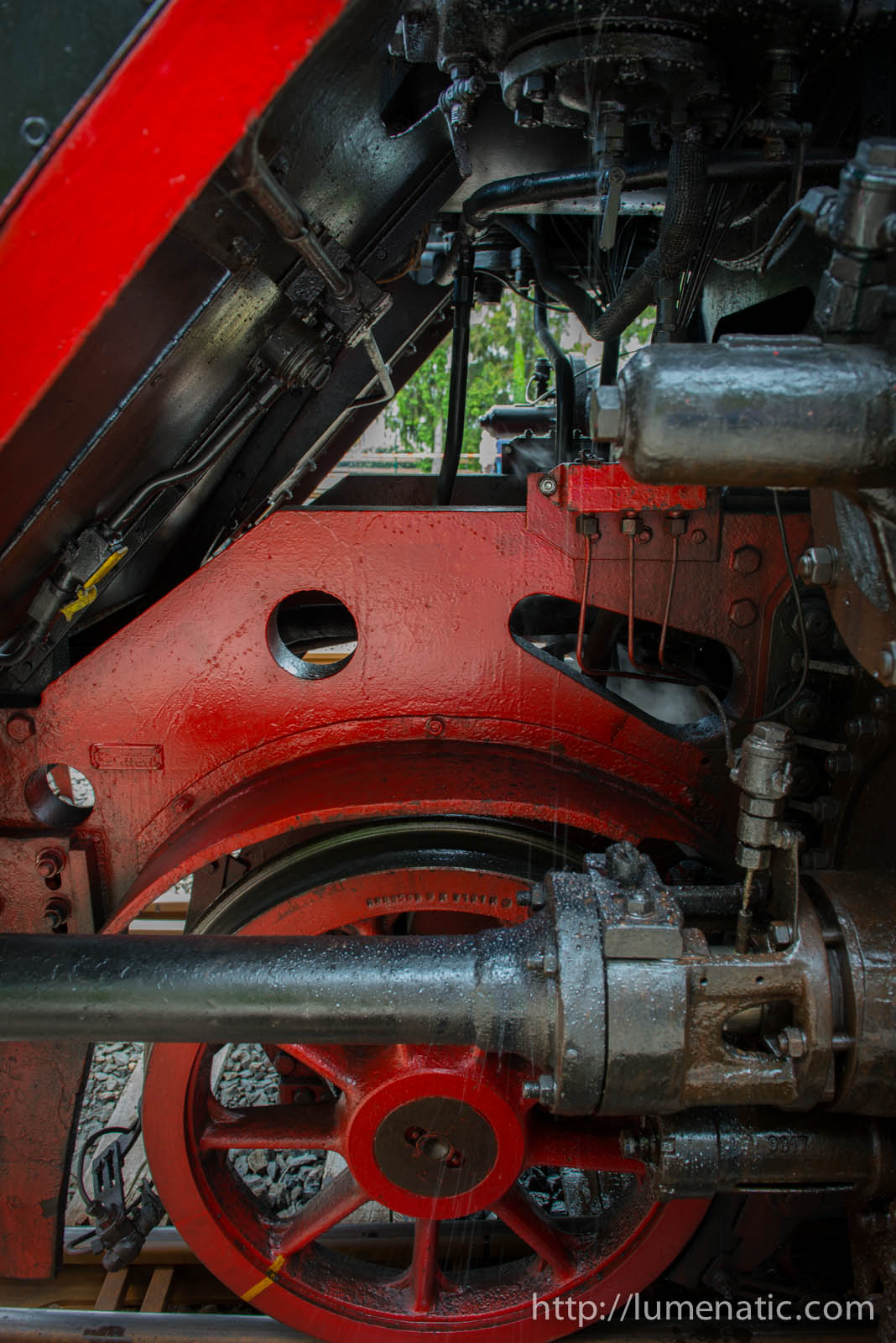 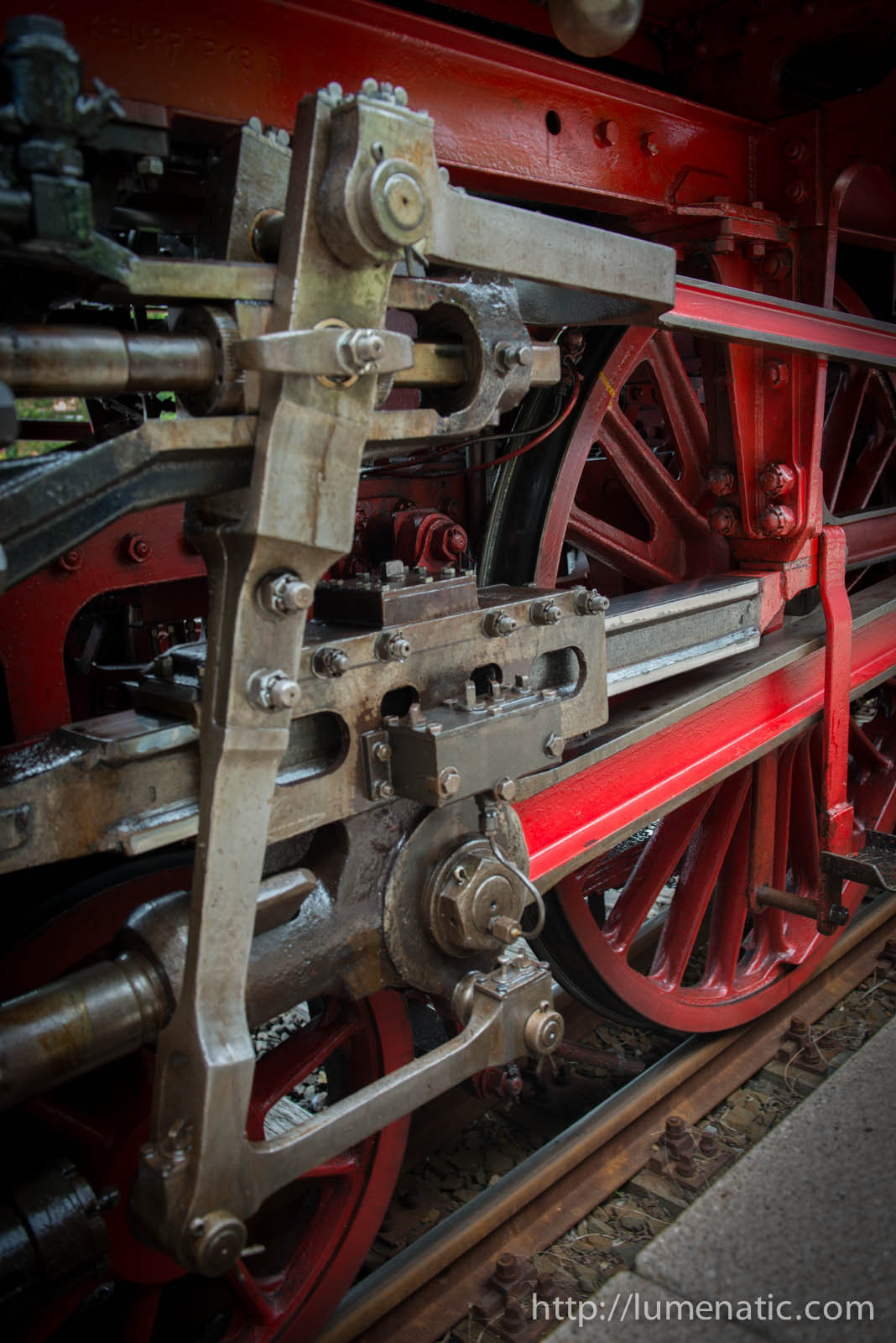 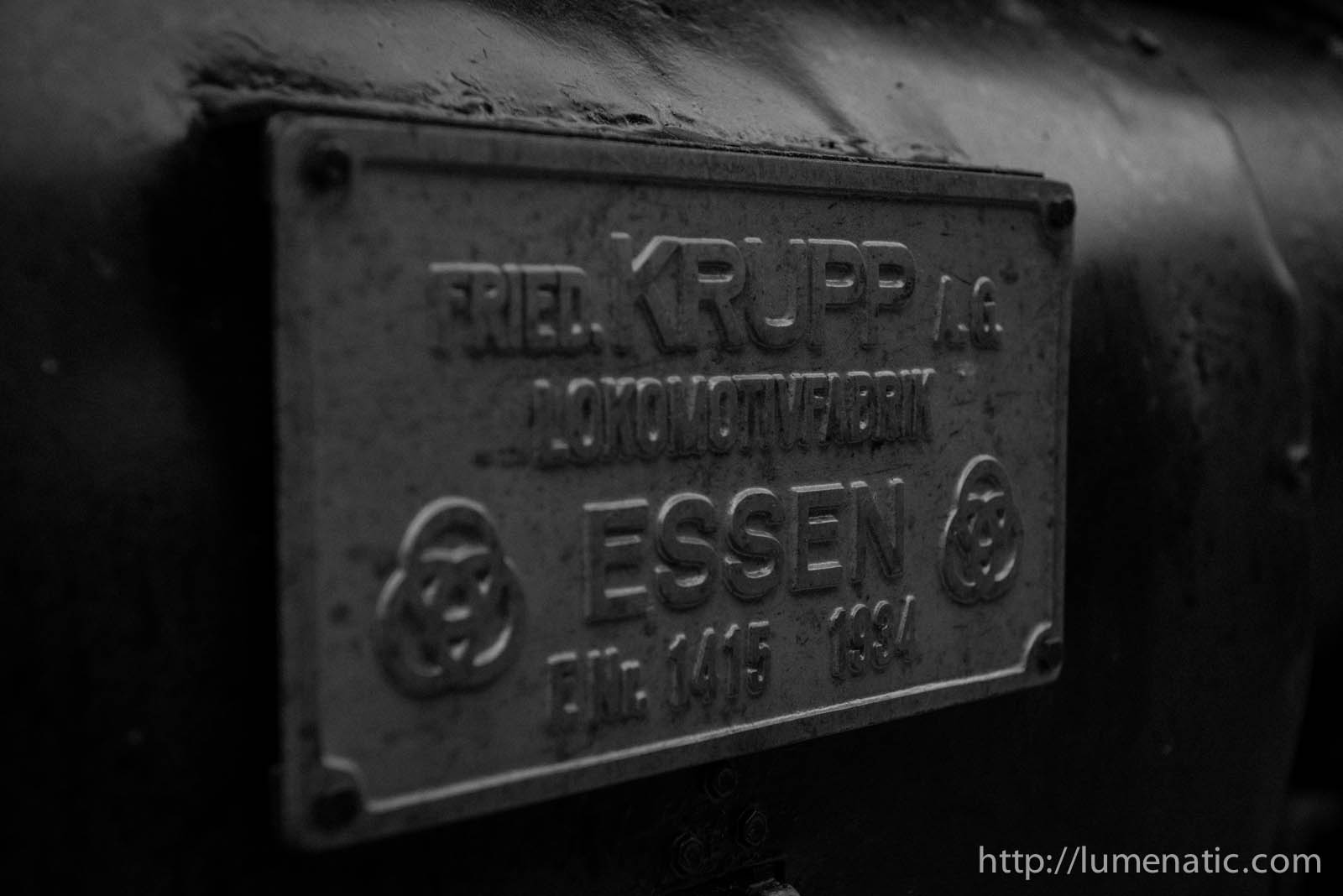 Two weeks ago I was in the Frankfurt region. At a small town called Königstein there was a celebration at the train station with historic trains. Yes, one of those big black monster trains which were built during the first half of the 20th century. While riding the train itself was not so spectacular (you ride an overcrowded coach and everybody pops his head out of the window to see the engine – not a good situation for taking photos), getting close with the metal beast at the train station was another kind of encounter. 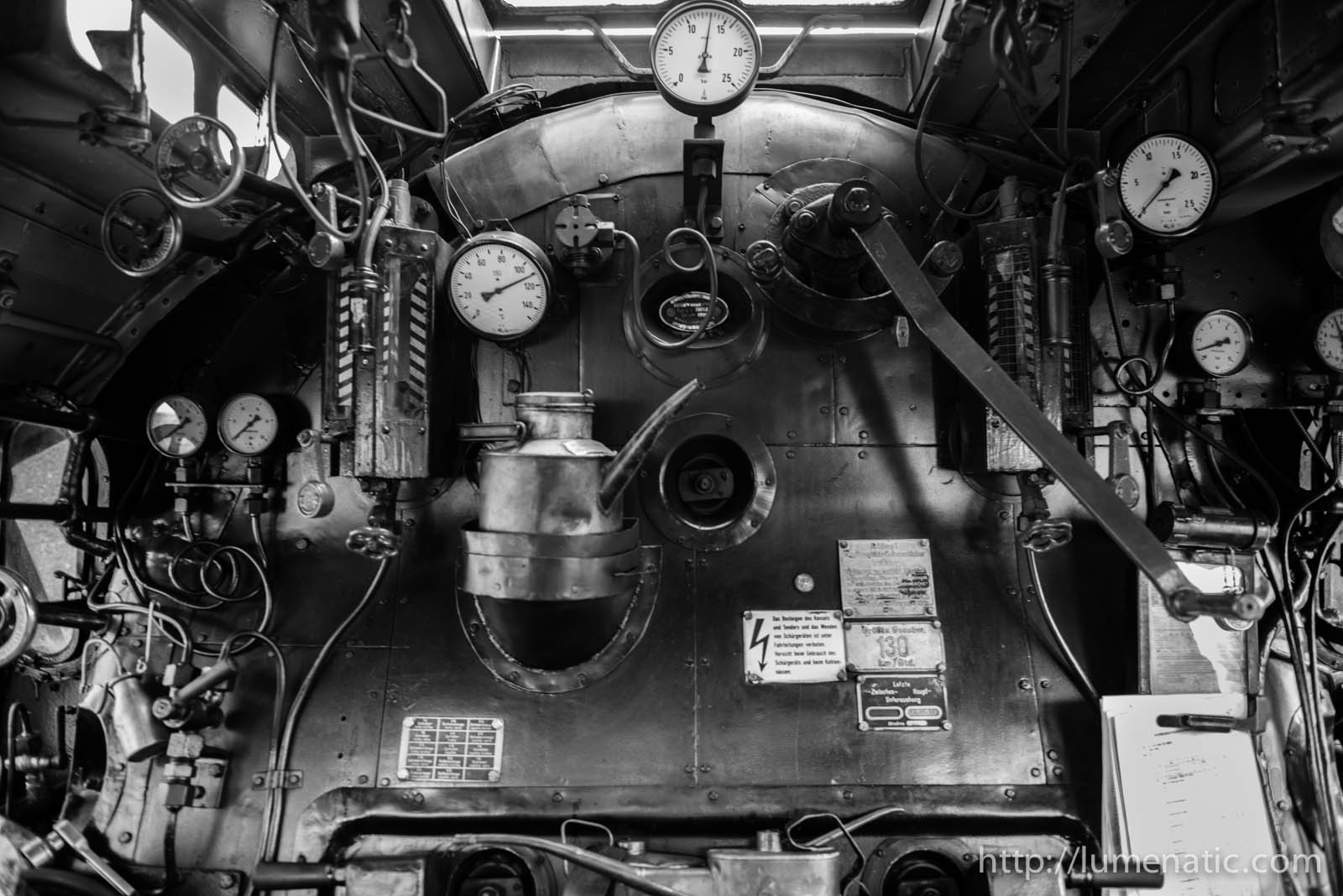 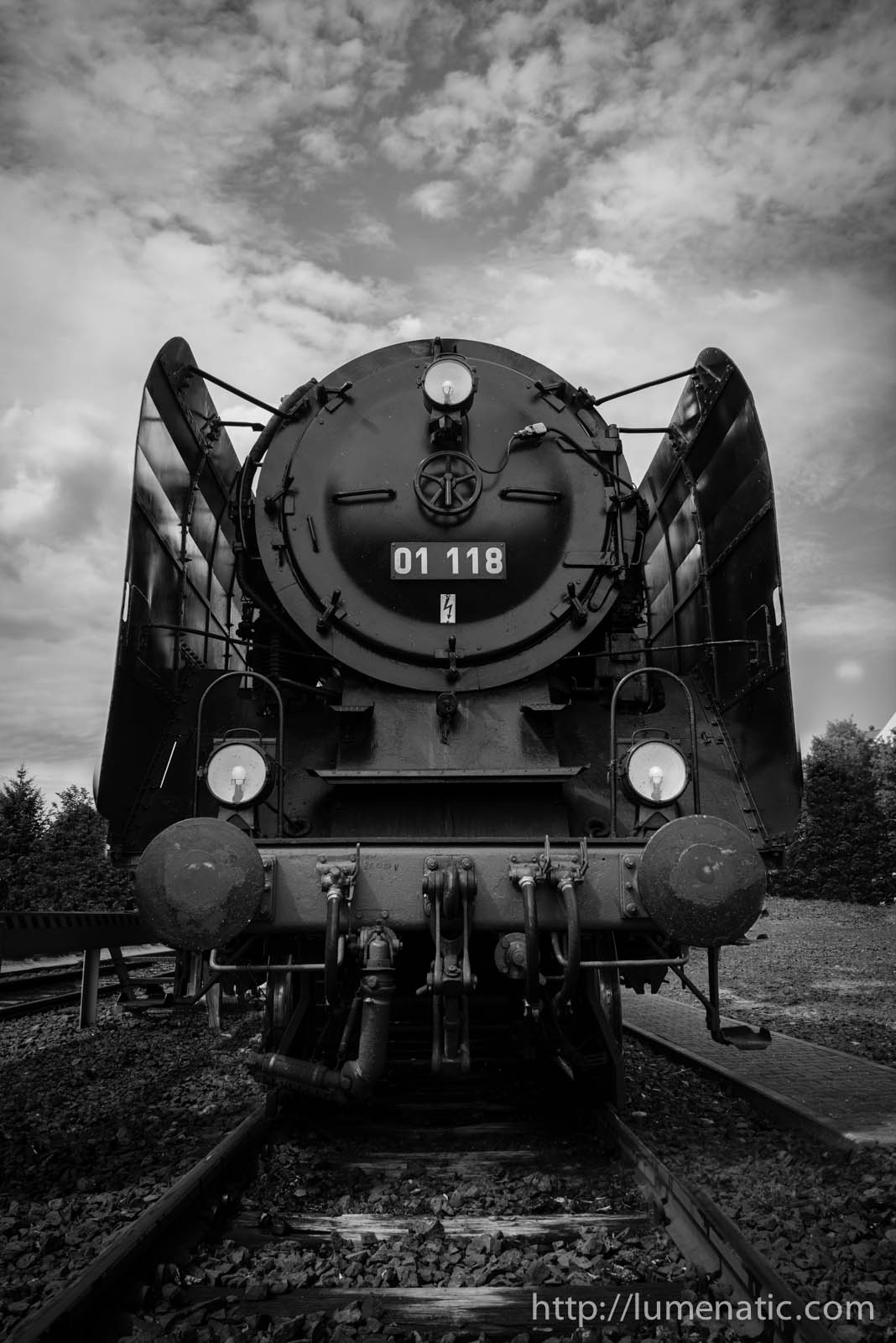 The festival was very crowded and I had a hard time photographing the engine without people. So I focussed on details of the complex mechanical system, making only few shots which show the complete steam engine. The two shots which were taken a little further away you can see in the gallery are photoshopped – I removed people and buildings, so that the steam would stick out more prominently. The other one with the miniature effect… well… sorry, could not resist.

During post I made extensive use of the b/w filter presets in Lightroom. I actually came to appreciate those filter presets a lot. Lightroom offers some 30+ of them which ship with the software. Each one achieves a different look and I encourage you to play around with them.  They are a comfortable way to quickly modify your images and they can act as a source of inspiration. Sometimes, when a photo is “nice” (and we all know that “nice” is the little brother of “crap”), I play  around with the filter presets. Just hover the mouse over the filter preset name on the list and Lightroom will show you a preview in the top left corner of your screen of how the filter will look like. And sometimes browsing through these filter presets saved an image which I would have rejected otherwise.

Over time you can create your own presets or add commercially available preset bundles, but there are also tons of free filters. A good example of commercial filter presets are the VCSO filters. These presets imitate film and you can achieve a ton of effects. A good source for free filter presets is presetsheaven.com. But there are tons of different other commercial and free options, a Google query should do the trick.

A quick thought on presets in general. They are great for achieving a certain look quick and easily and it is good to have lots of filters. But keep in mind that presets are, well, only presets. They are just a set of certain settings of the Lightroom sliders  and buttons. Presets are not a substitute for knowing what would look good on an image. You still should have an idea what to do with an image to enhance it.