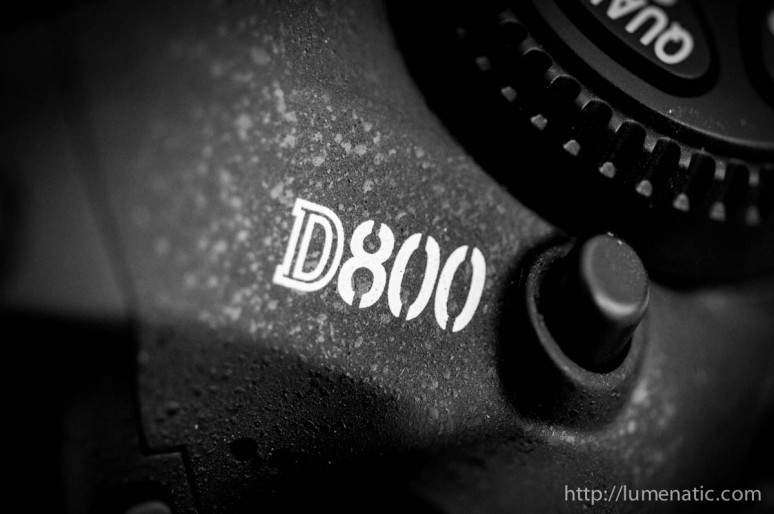 The CLS problem has been solved. On some early D800 cameras a circuit board which controls the popup flash must be replaced. That is what Nikon did with my camera. Read about the solution here and additional info here. With some D800 bodies the replaced circuit board solved the problem, with my D800 body it only solved the problem partially. CLS in manual mode only works when the aperture is fully open. The Nikon technician told me that this will be fixed with another firmware update in late 2013.

For the hassle (I sent in the camera twice and was in contact with Nikon for over a year) they compensated me with a free SB-910 (no kidding !). Now that’s perfect customer care !

Preface for everybody who did not follow the complete story:
Some D800s (‘s’ as in plural to avoid misunderstandings) do not trigger the slave flashes reliably when the internal popup flash is used as commander and the flashes are operated in M mode. The trigger problem does not occur in TTL or AA mode. Not all D800s are affected.
Preface end.

Remember the post in which I stated that the CLS problem does not occur any more ? Forget everything I said. Two days ago I conducted a shooting and the CLS problem occured again. Enough is enough. I contacted Nikon support and reported the whole history. Long story short- they asked me to send the camera in again and include a detailed description of the problem. Sounds familiar, because that is what I did last year when I sent the camera in for the first time. Let’s see what happens now.

Here is the history of the CLS issue as I encountered it:

It’s a never ending story. I made another video demonstrating the problem to show that I am not seeing ghosts. I apologize, the video is really quick and really dirty. I just slammed my Samsung on the window ledge and pressed record.