Following the positive response on my Ferrari FF post I got hold of another RC model car and took it into my studio. Again a red car, but this time it’s an Audi R8.

In the studio I used a black backdrop, placing the model on a table which is also covered by the backdrop material. To separate the model from the background as much as possible (light from above illuminates the black cloth, thus revealing the texture of the fabric and ruining the illusion) I slid a box underneath the car. The less fabric is directly around the car, the less work in post to black out the background.

The shots were made with my D800 and the 70-200 f2.8 lens. I shot at 200 mm and f20 / f22 to receive maximum depth of field. During the shoot I moved the lights around a lot, since getting a pleasing reflection on the car is tricky and requires some try and error. I have not distilled golden rules from my experiences (yet), so you just have to try out and see what looks good.

If you are using studio lighting you will have a modeling light. This is pretty convenient, since you can see the reflections without taking a test picture. But even with the modeling light on I did quite a bit of chimping. It’s your brain, you know. When you see the scene with your own eyes you tend to oversee things. That dust fibre on the car ? Never saw that in real life. On the photo ? Directly observed. Is there a word for that phenomenon ?

Remember that the light source must be way bigger than your model to get a uniform reflection on the car. The car is basically just a giant mirror. Most of the time I used one light (roughly straight from above; I angle the softbox down as much as possible but to have the softbox parallel to the floor I would need a boom arm for the studio flash, which I don’t have). Sometimes a second light was added to highlight the back or the side of the car.

Most of the work in post went into three points: Removing the fabric the car stands on, removing dust and removing defects on the car’s surface (I borrowed the car from our neighbor’s kids, so it is a toy in active service). Perhaps one last word on dust. It’s freaking everywhere, especially when you use a textile as your backdrop. Use a rocket blower excessively, but soon after the car is full of dust again. Frequently de-dust the model and you will have more happy time in Lightroom / Photoshop. 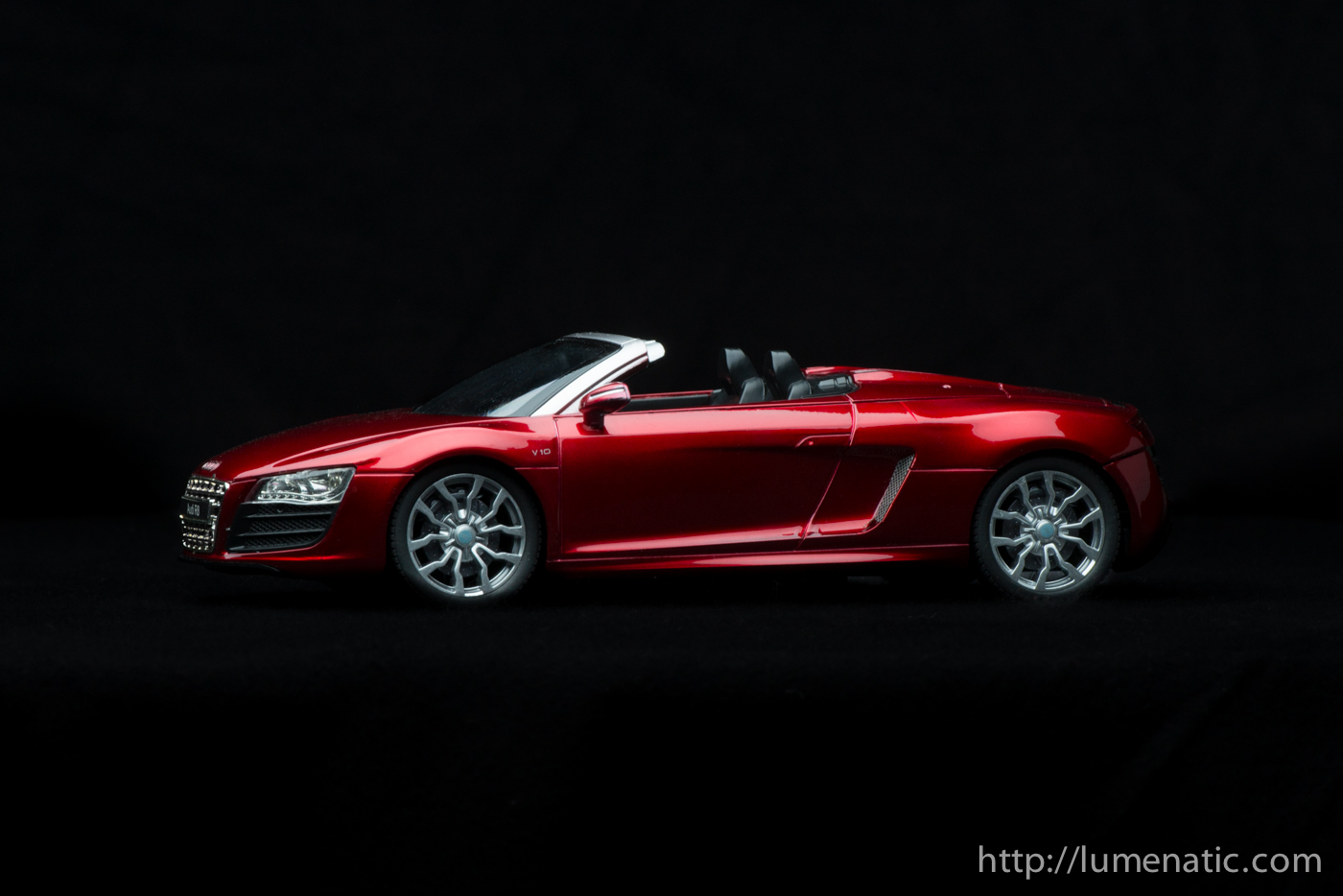 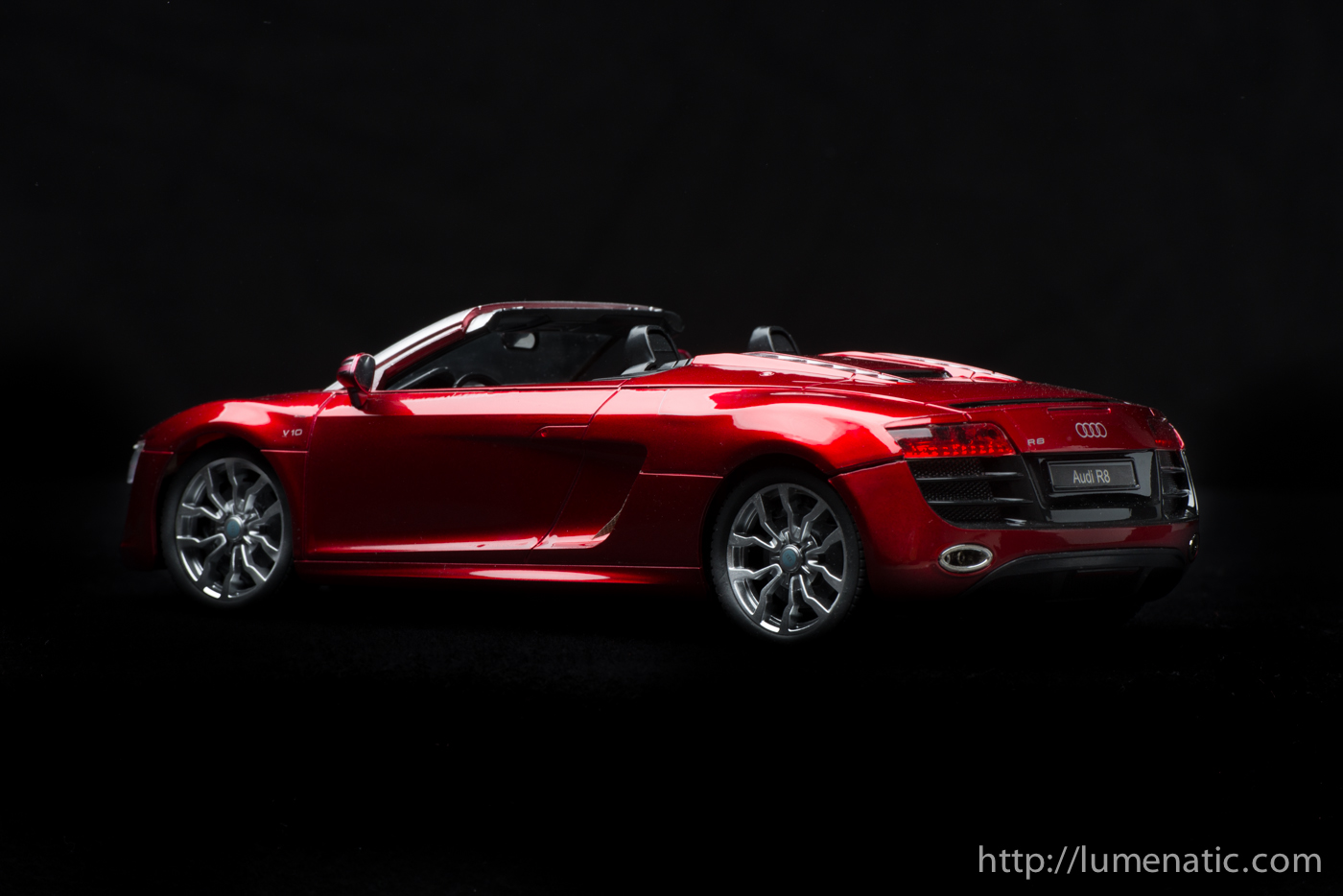 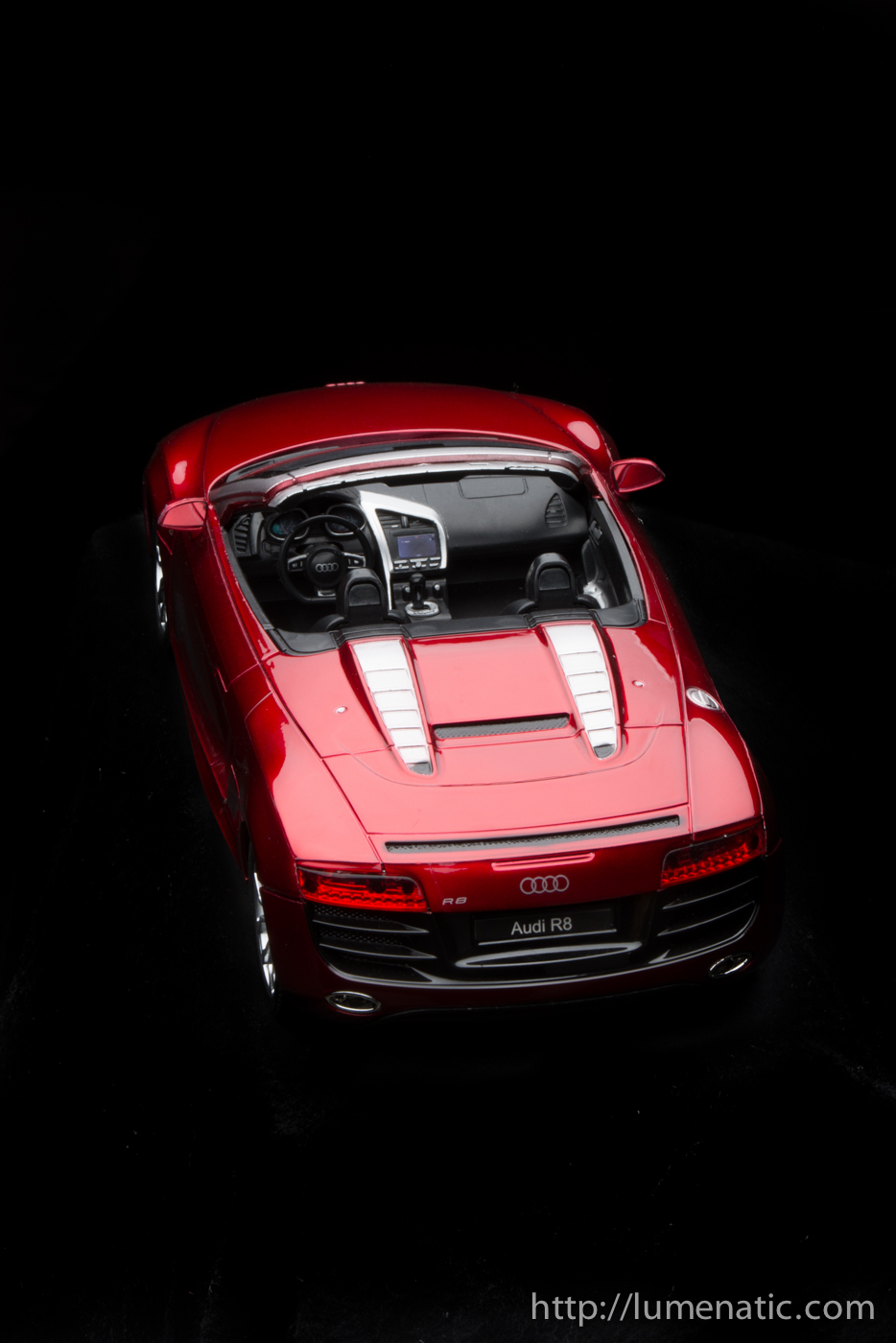 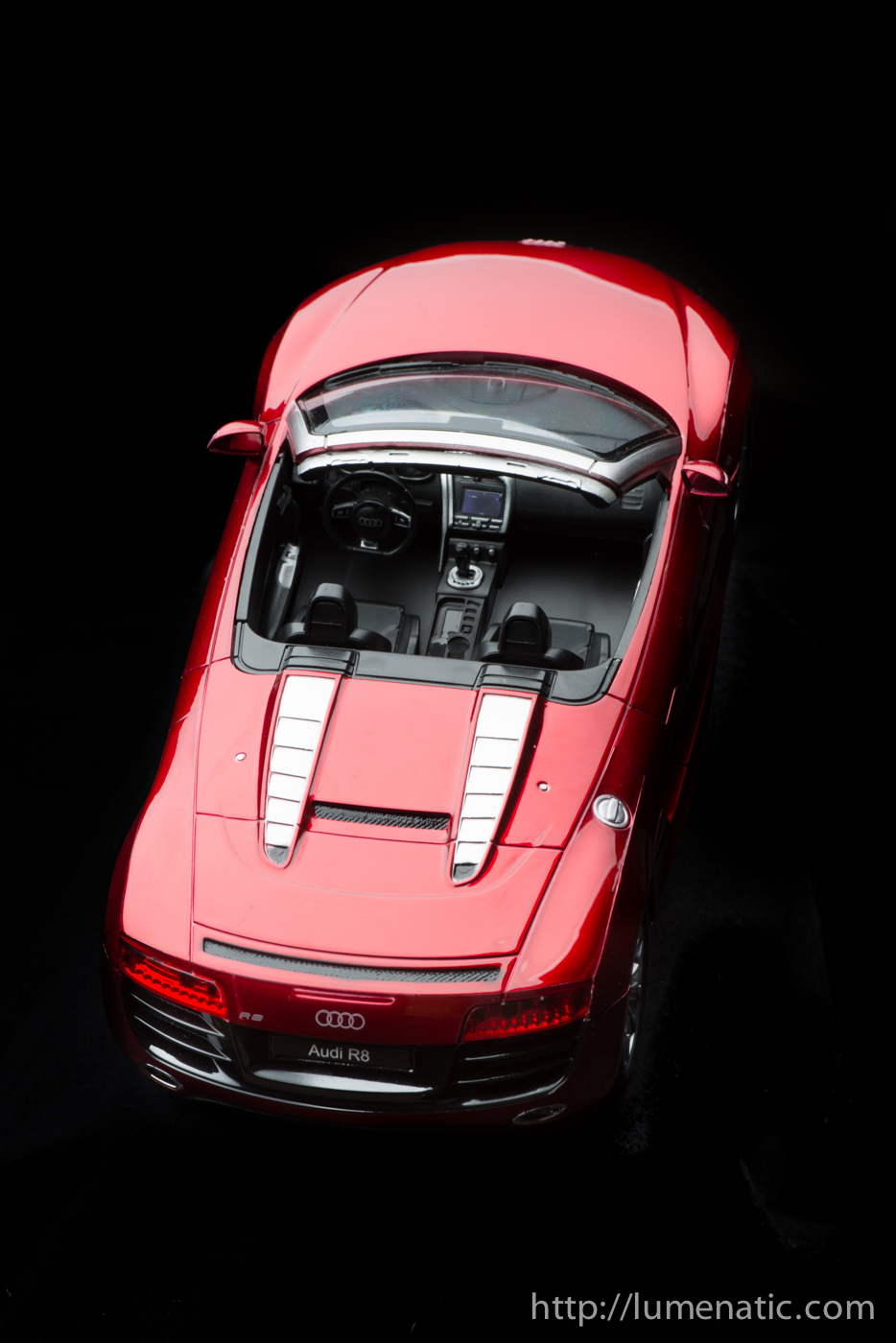 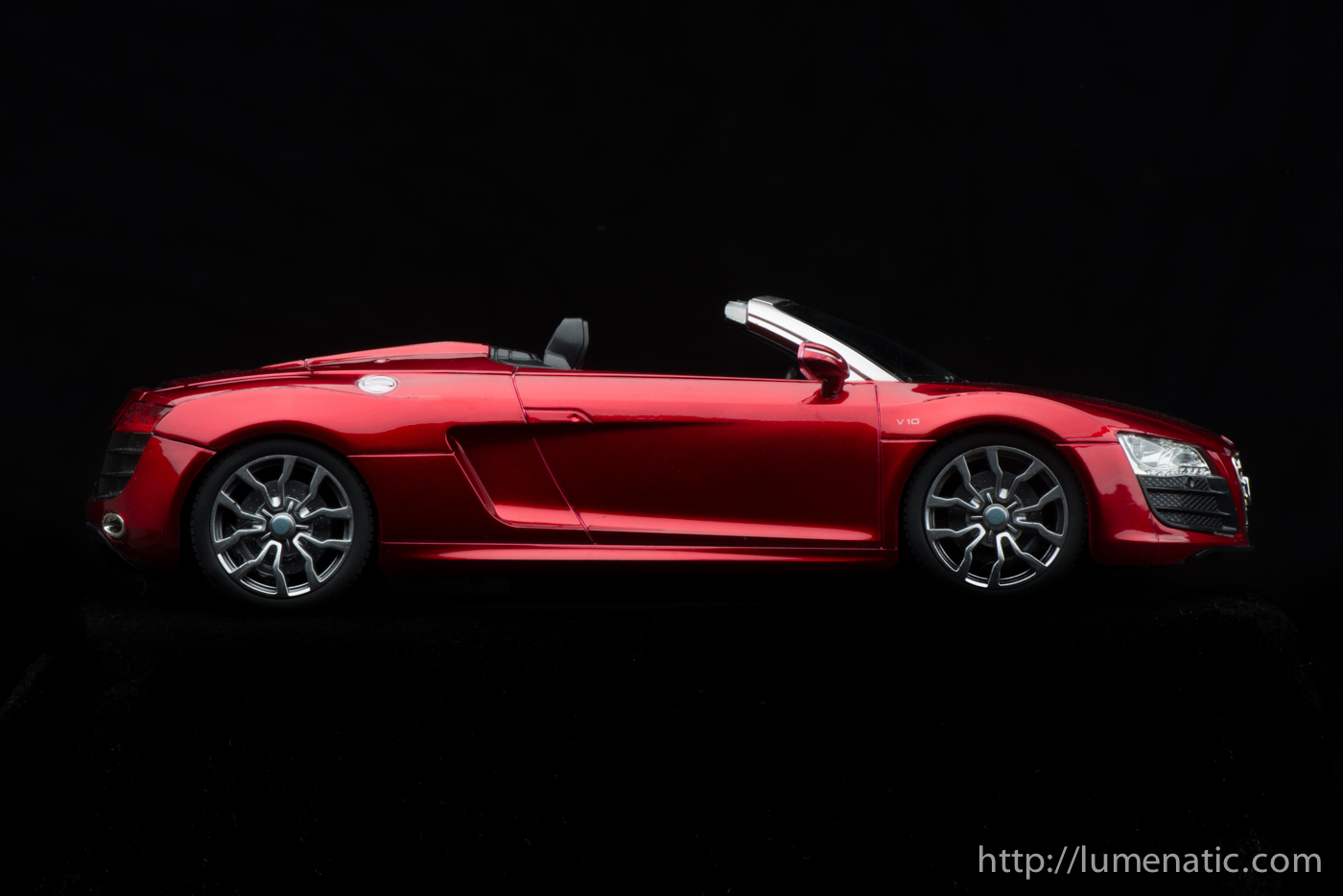 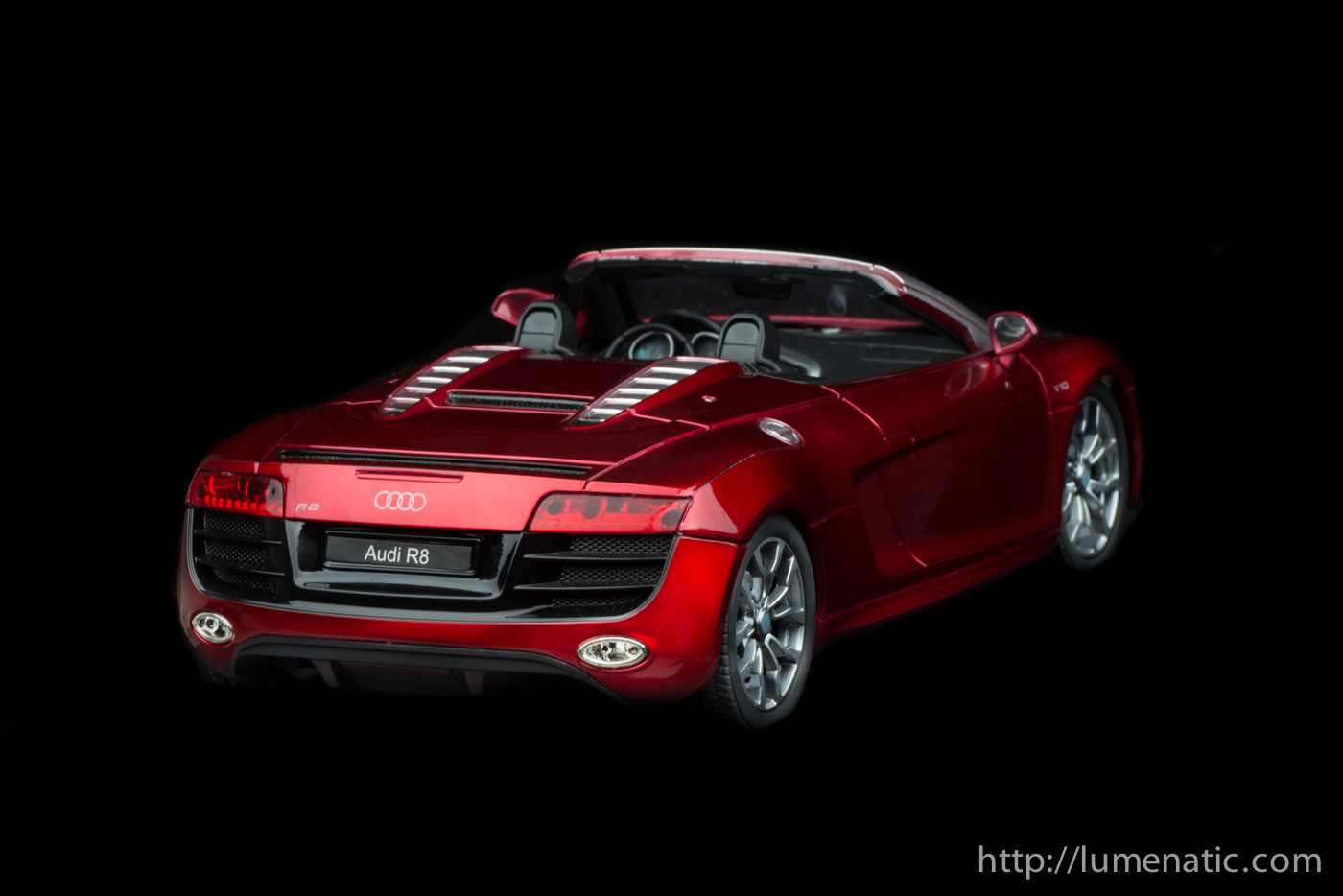 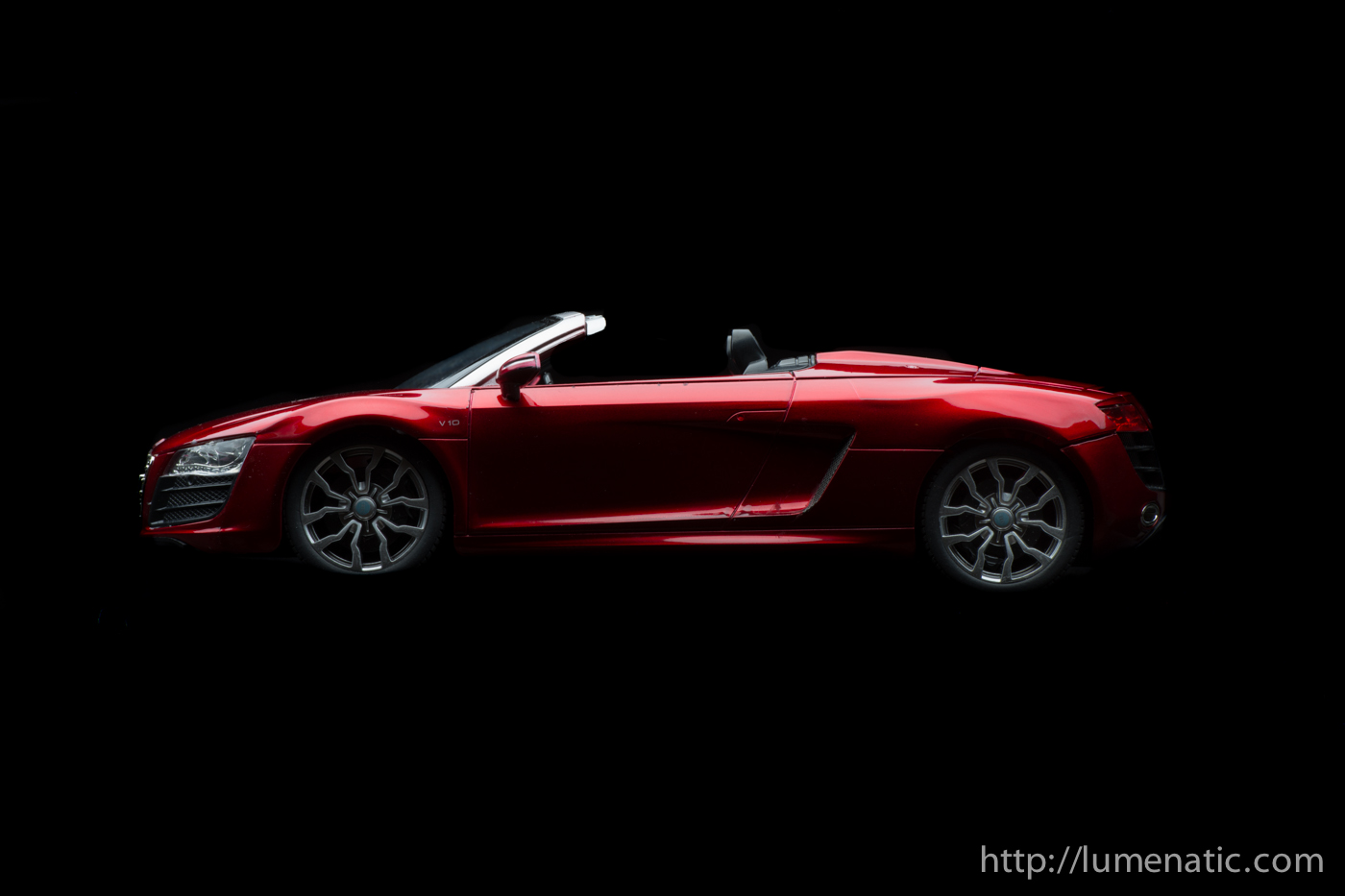 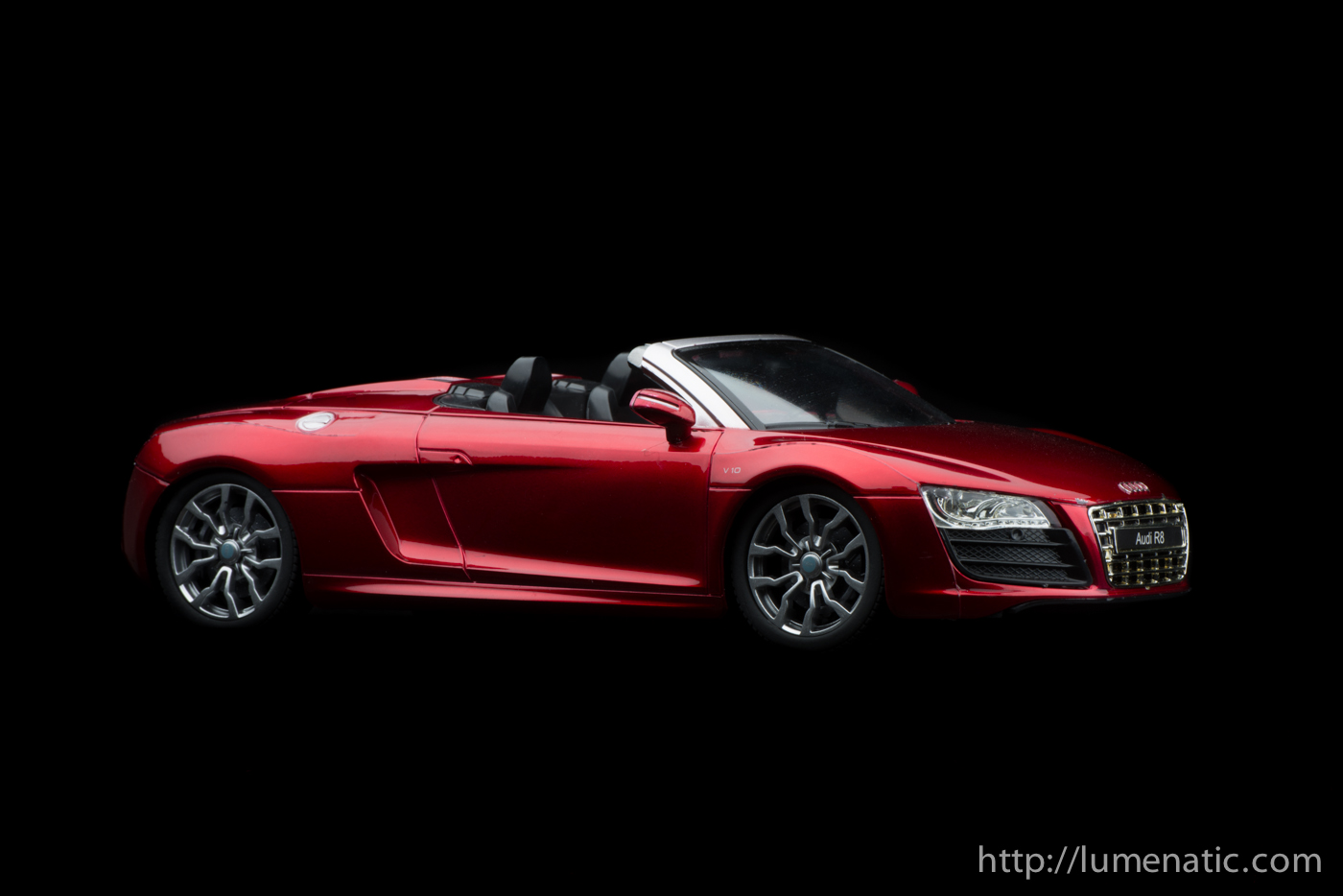