I am on vacation and the ghost of faulty technology struck again. Shortly before leaving I purchased a Nikon Coolpix S32, which is a water-, dust- and shockproof family camera. I bought it mainly for the pool and for snorkeling.
When I received it I did not test it thoroughly but just popped it on the charger to get the battery going, then made a few test shots.
Having arrived at our holiday location I learned that the battery was dead and the charger won’t work. Seems the test shots were made on the tiny amount of energy stored in the battery during the manufacturing process.
The S32’s battery is charged in-camera: charger wall plug -> USB micro cable-> camera. Which part is faulty? I had other wall plugs with me and it did not work with them either, that leaves the cable or the camera (or the battery).
So I had to look for a solution. In a shop at the town’s promenade the salesman offered me a universal charger, see pictures. It has two metal prongs which touch the battery electrodes, thus charging the battery. It outputs 4.2V @ 300mA, which is less current than the camera charger 500 mA), but less current only means that charging takes longer.
After installing the battery in the charge it is plugged into a socket and the charging begins. The device automatically detects plus and minus, so no harm there. The charger shows charging operation, but not a percentage of charge.
Bottom line- it worked, the battery is full and I now can go snorkeling and snap some pictures underwater. 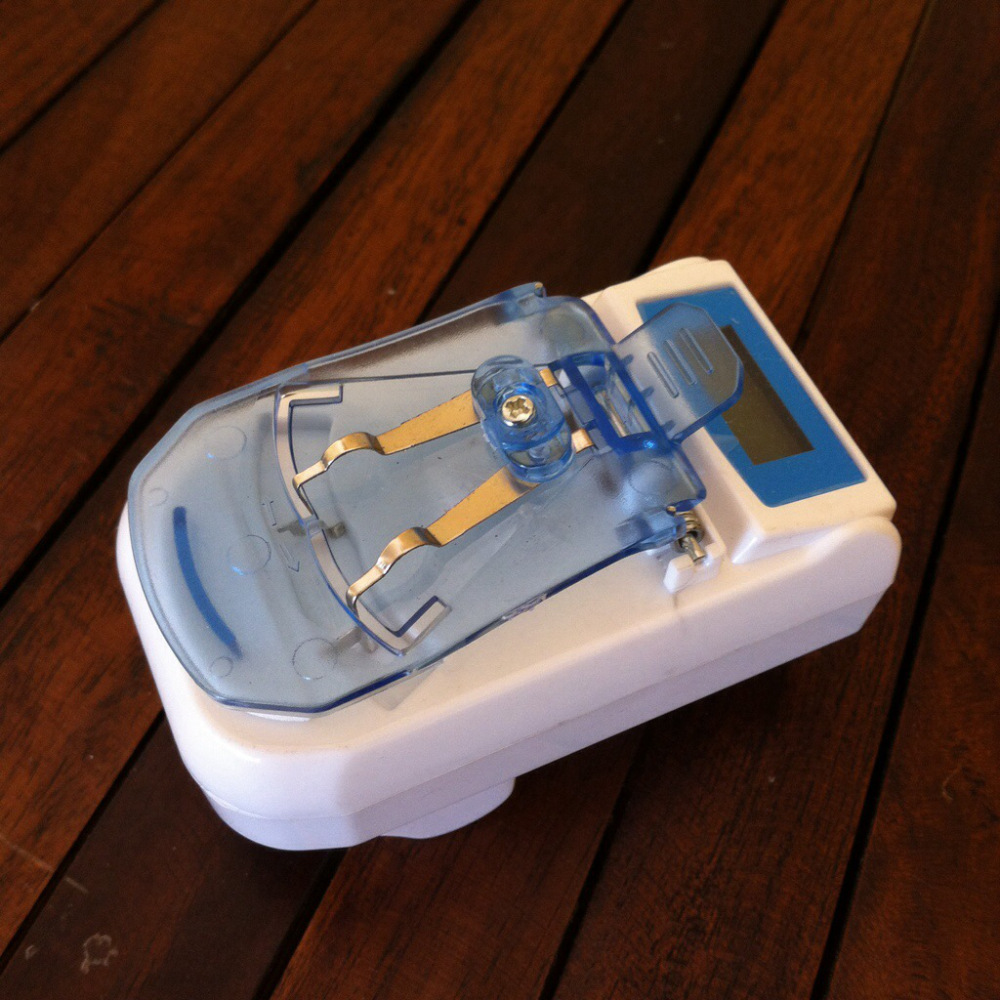 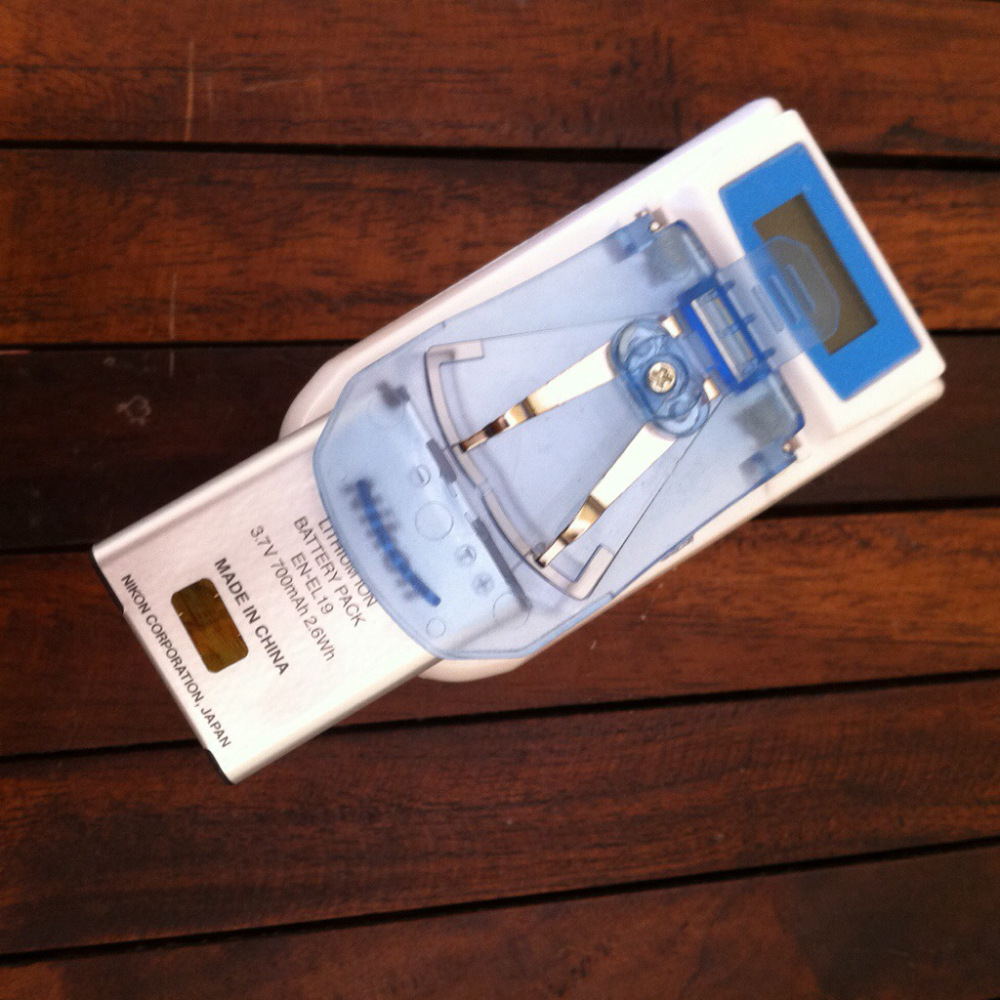 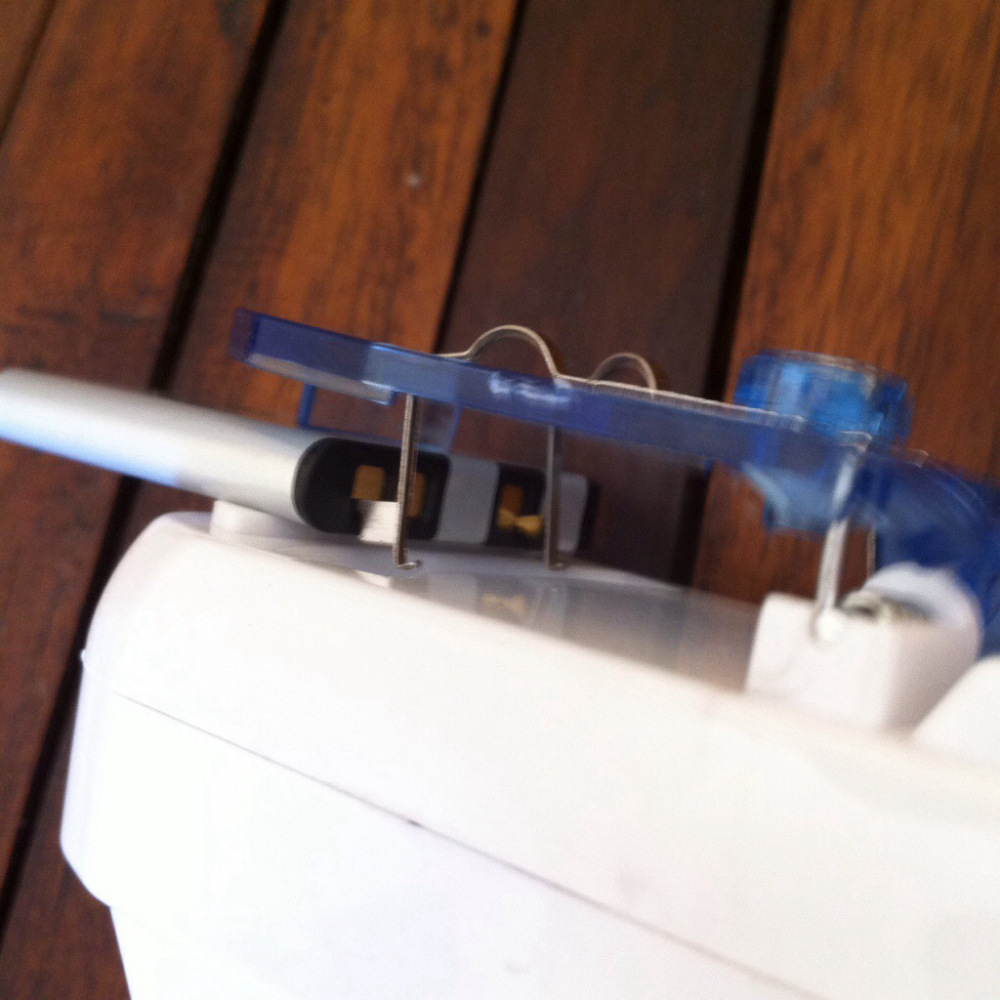 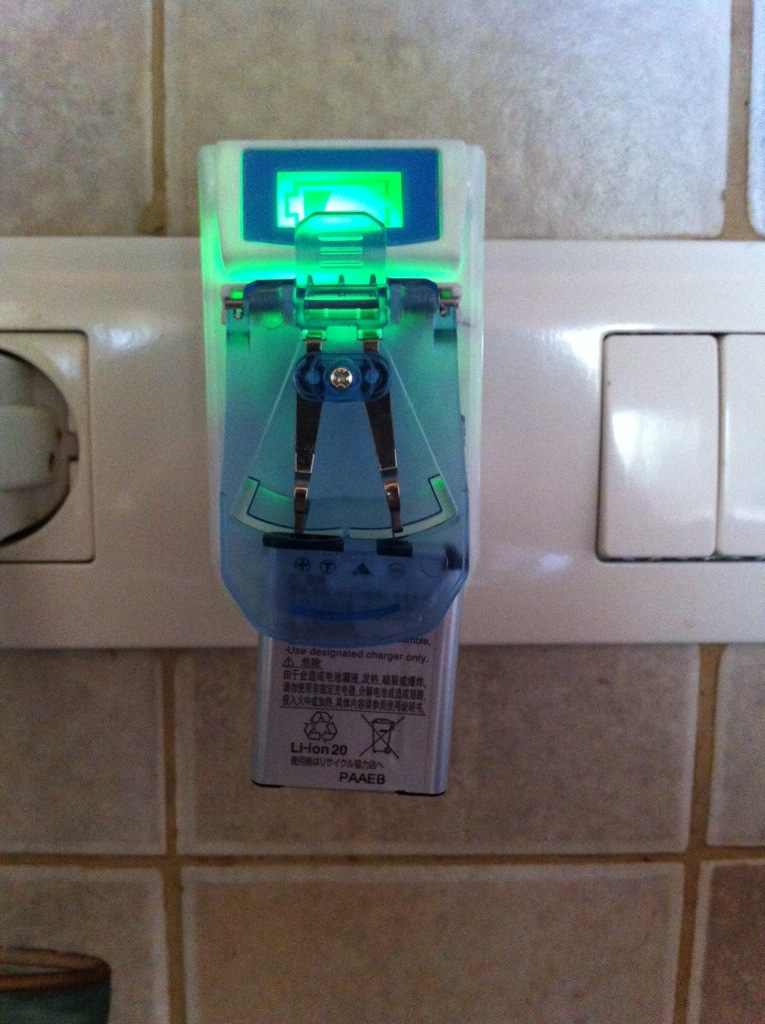