Shortly before my last vacation I bought an underwater camera on impulse. I wanted a rather simple and cheap camera, since I would mainly use it for fun and not “serious” photography. I did not spend much time on research but searched for waterproof cameras on an online shopping portal, sorted by price and chose a brand I know and trust. Which happened to be Nikon.

So I bought a Nikon Coolpix S32 (109 Euros, March 2014). It is a point-and-shoot camera for the family. Watertight up to 10 m (and 60 min at this depth), dustproof, shock resistant (claims to survive drops from 1.5 m height – did not test that). It has 13 MP, only very few buttons and the lens is placed in the middle of the camera. Imagine the clumsy hands of children – they can grasp the camera firmly and not put their fingers over the lens with that design. The camera can also record Full HD movies. It comes in several lively colors such as yellow, blue, silver and, ugh, pink. And here it is: 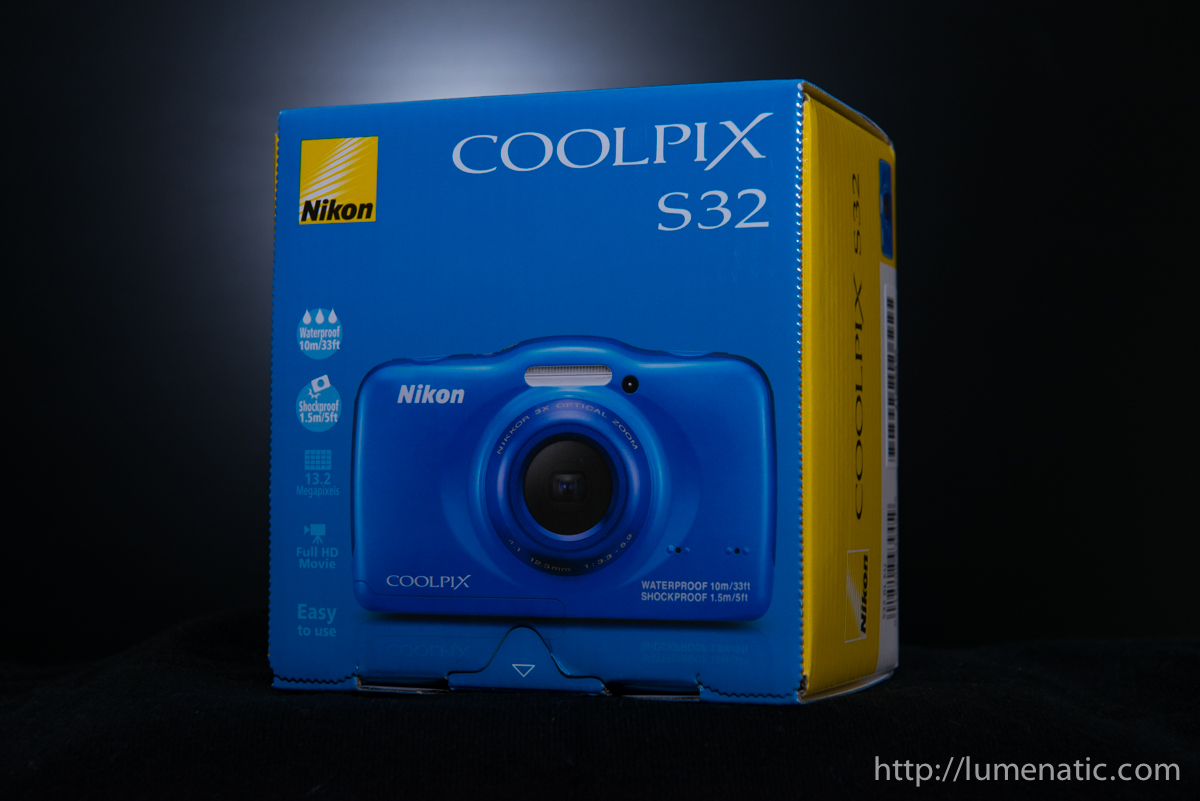 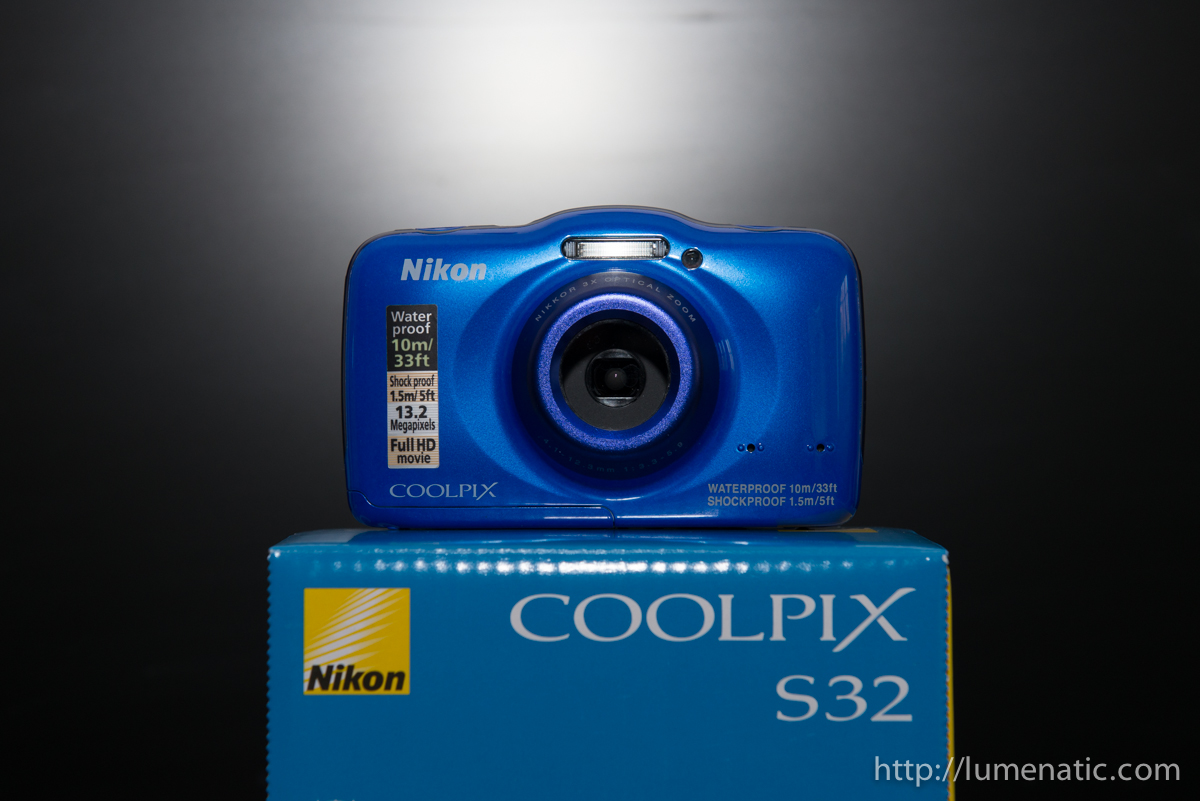 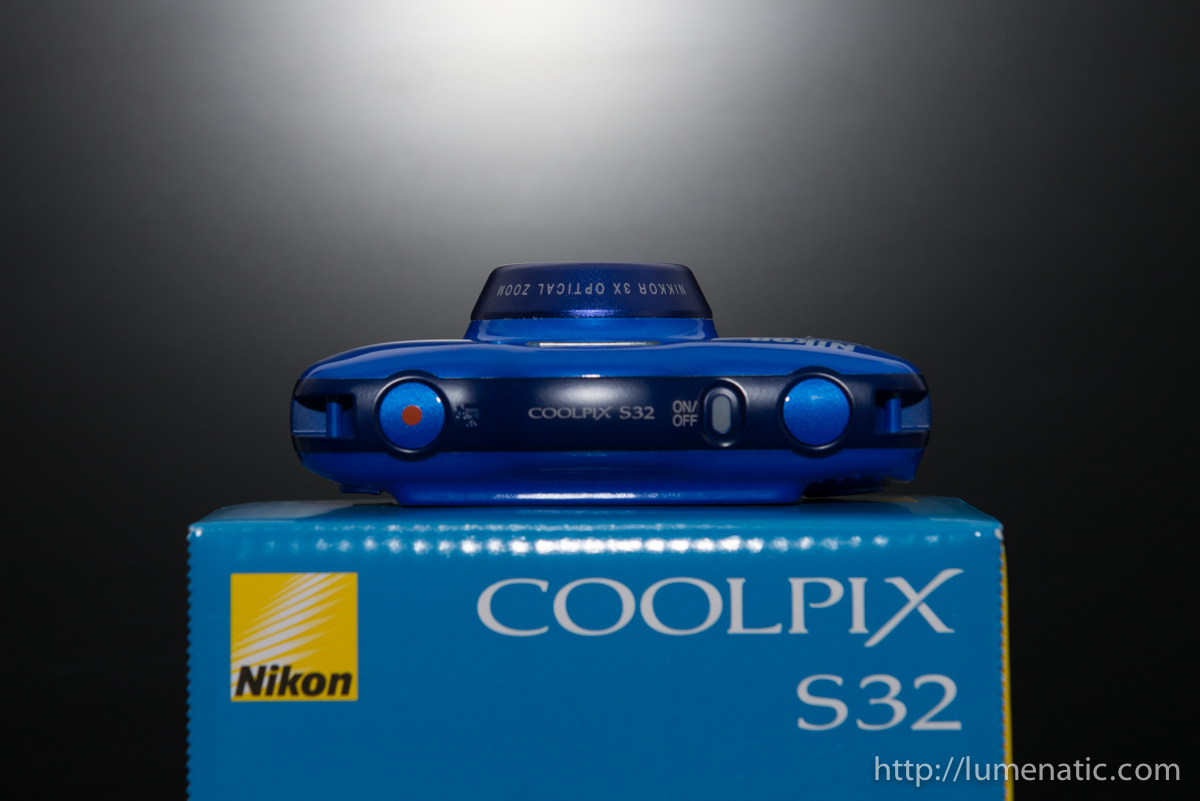 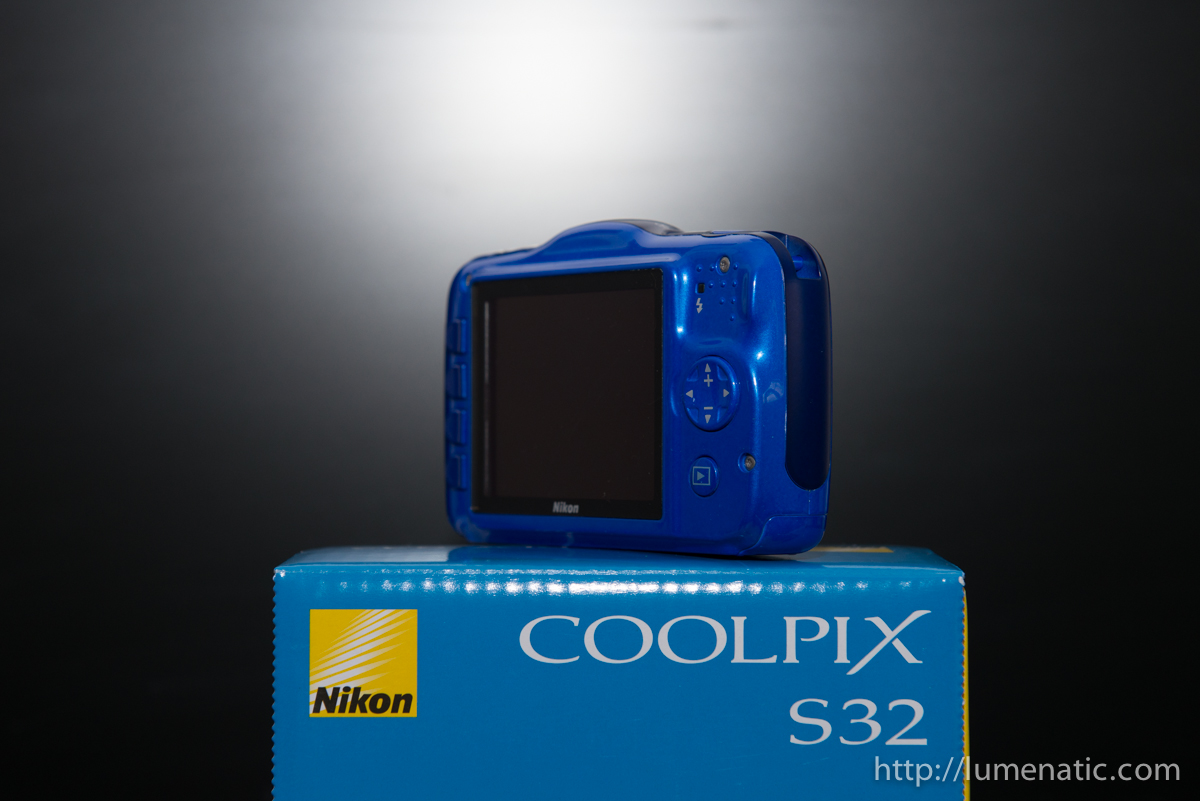 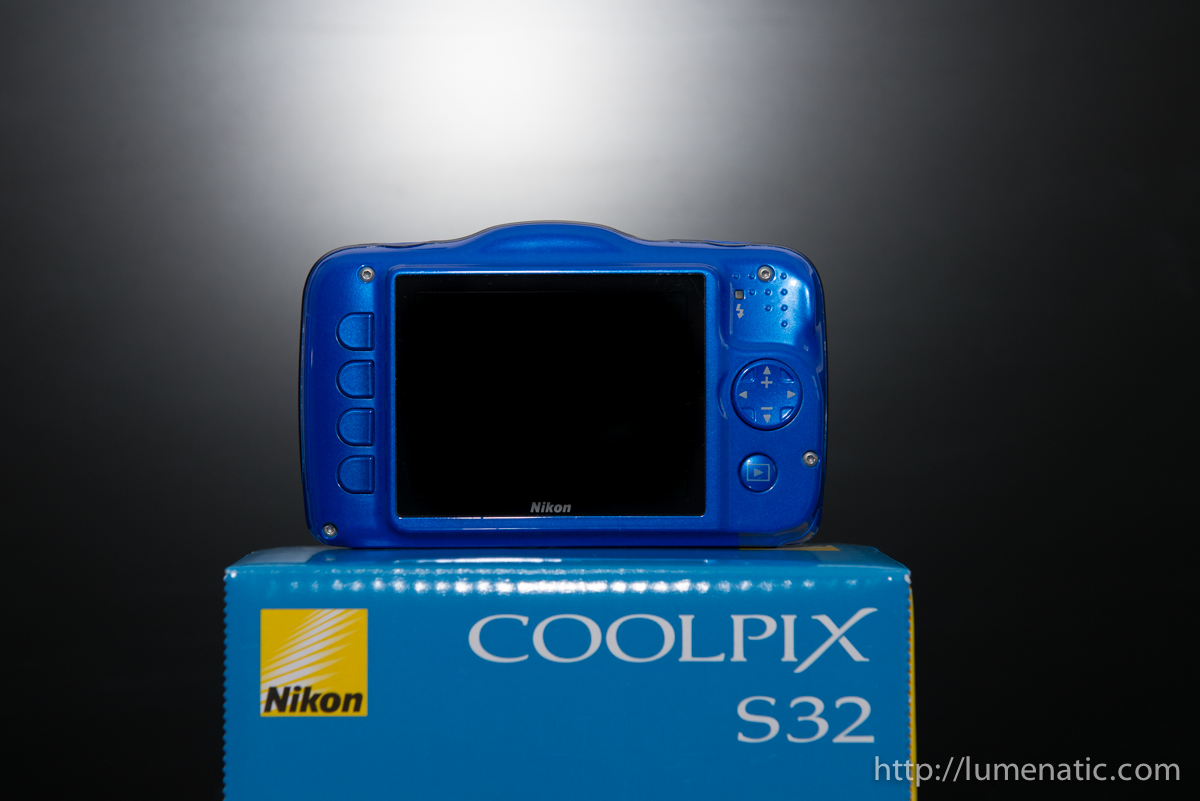 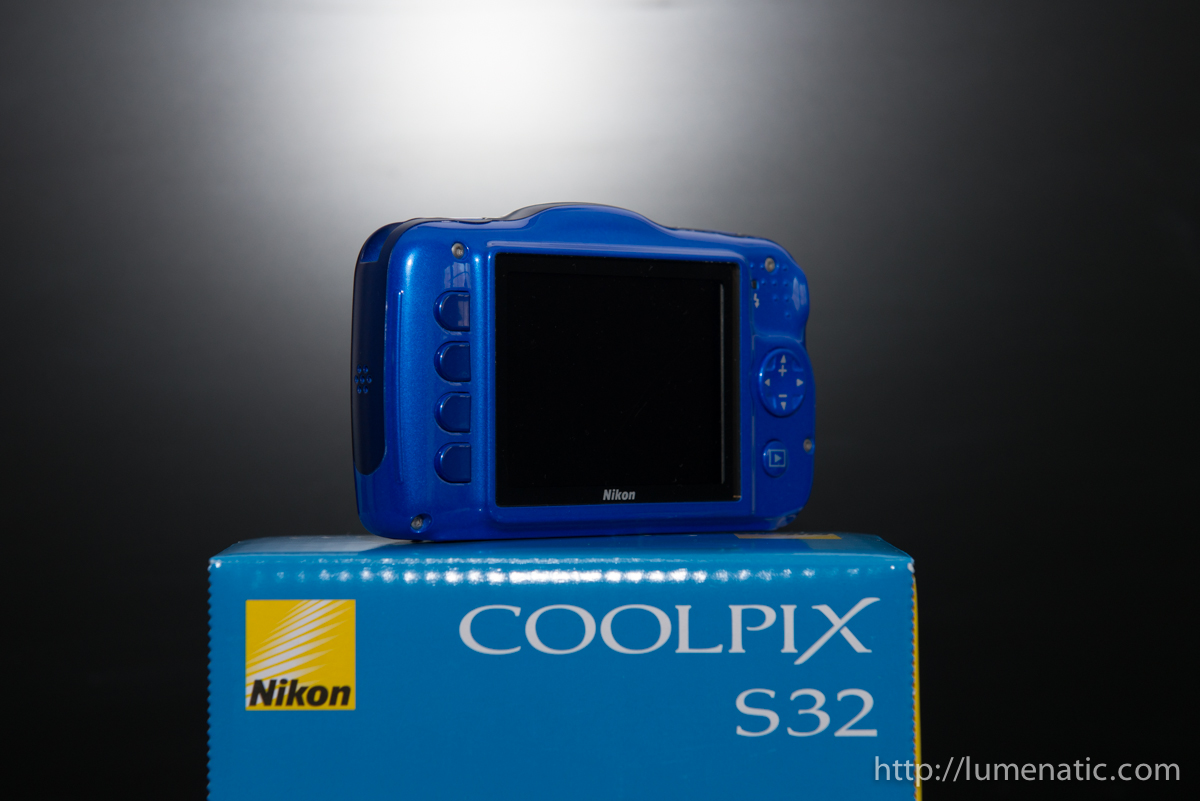 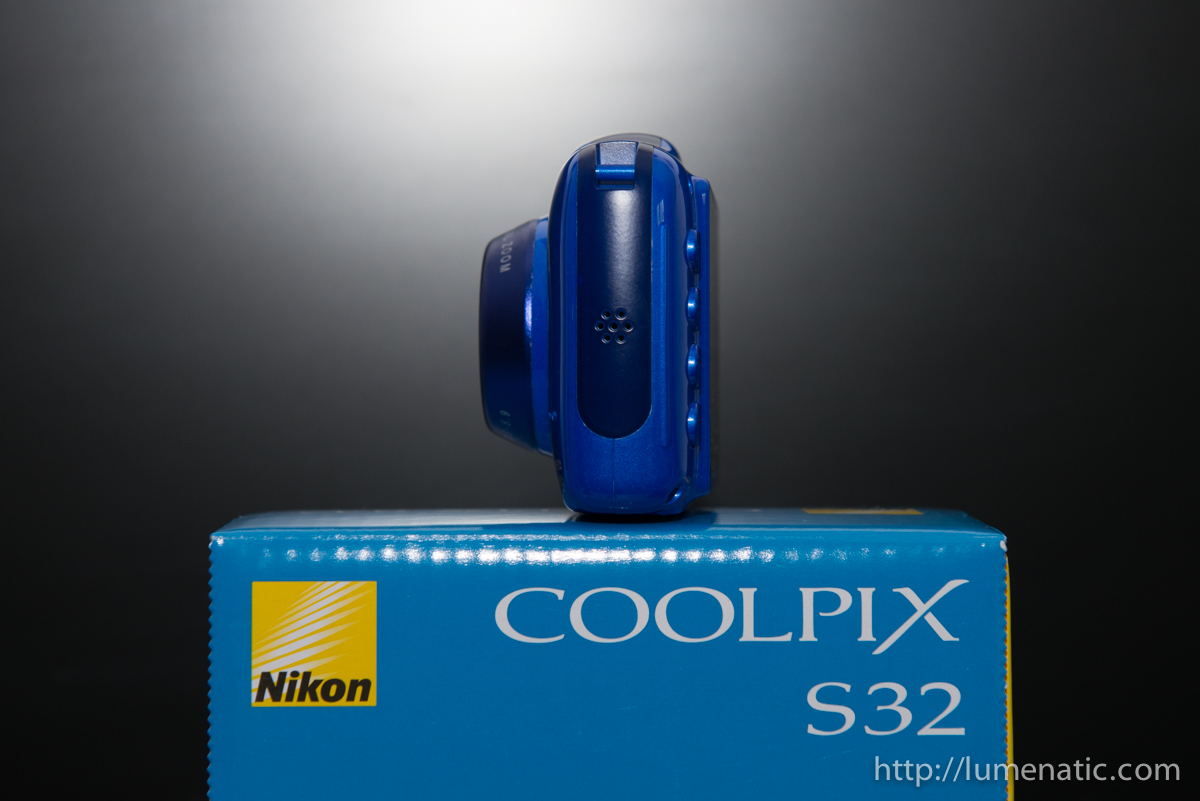 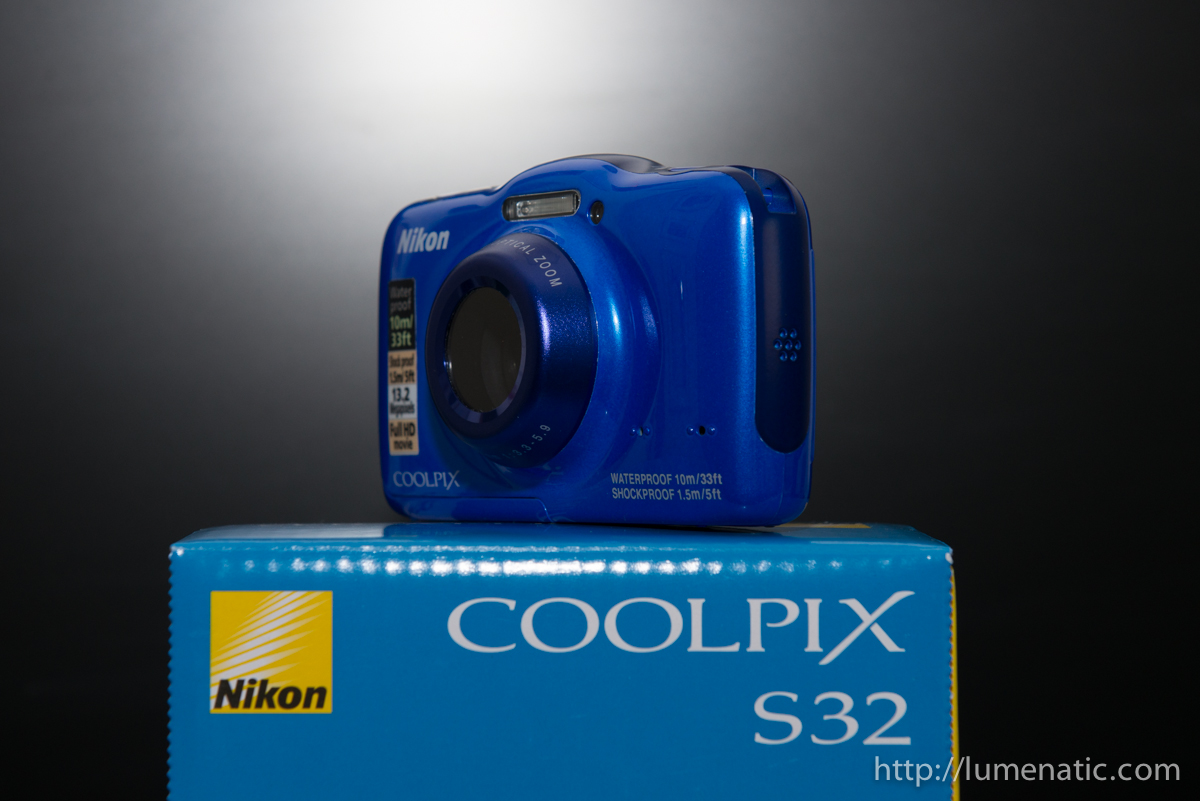 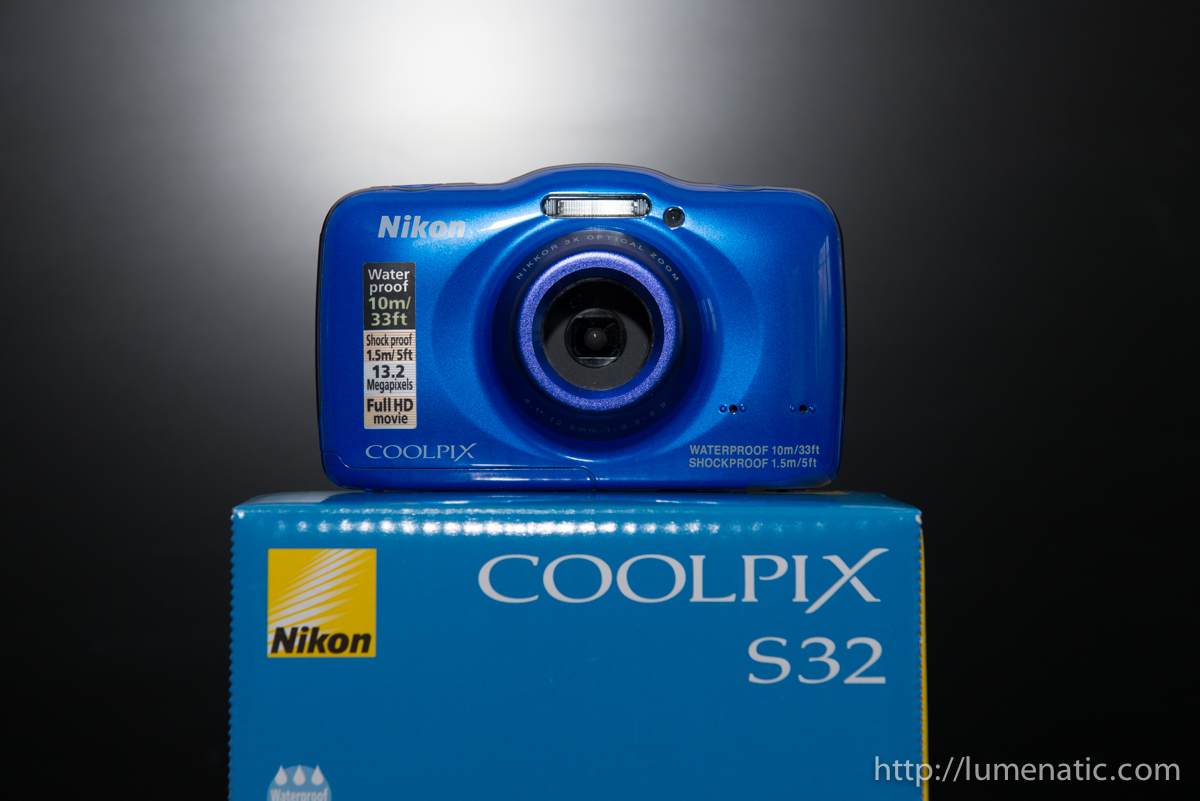 The camera is the very opposite of what I use regularly. Raw mode ? No. Focus field selection ? Nope. Custom white balance ? Nopedinope ! Aperture or shutter priority ? Laughing out loud. Remember – point-and-shoot ! But that’s ok since it is a family camera. I won’t go into more detail writing about the camera specs and features, a lot of other reviews have done that. Let’s rather talk about my experiences.

First of all, it cost me quite an effort putting the camera into the water for the first time. One is so trained to never ever letting water and electronics come into contact. It is kind of a protective reflex one has to suppress. But of course nothing happened and I could take pictures underwater. What a surprise.

Camera setup. There is not much to customize, but a few points can be done. There is that beep when the camera is in focus. Usually it is the first thing I switch off. But I found it difficult to clearly assess if the camera is in focus, especially when I made images with one hand to have the other hand free for swimming. There was also a warning screen every time you switch the camera on not to open the battery/memory card compartment in wet or sandy environments. I switched that off, too.

Handling. What can I say ? It is a point-and-shoot ! Autofocus it not the fastest, it is best to half-press the shutter button, wait for the moment, then take the picture. What I found a little ennerving is the playback mode. Every time you go into playback mode, the last image is displayed. Let’s say you go through your 200 images on the camera and you stop for whatever reason at image 100. Going back into playback mode means, that you have to click to image 100 again to continue watching. But that’s a minor point.

Battery life. Poor. 220 images according to the CIPA test standard. Spend an afternoon at the beach and keep shooting – the battery will be dead by the end of the day.

The underwater experience. Taking images underwater is fantastic, and I did not even dive but snorkel. Suddenly you can take pictures from a point of view which has forbidden due to the water-electronics issue. A whole new world of possibilities. Composing the image and staying in one place (one always floats in one direction minimum) while holding your breath is challenging. Everything is in motion. 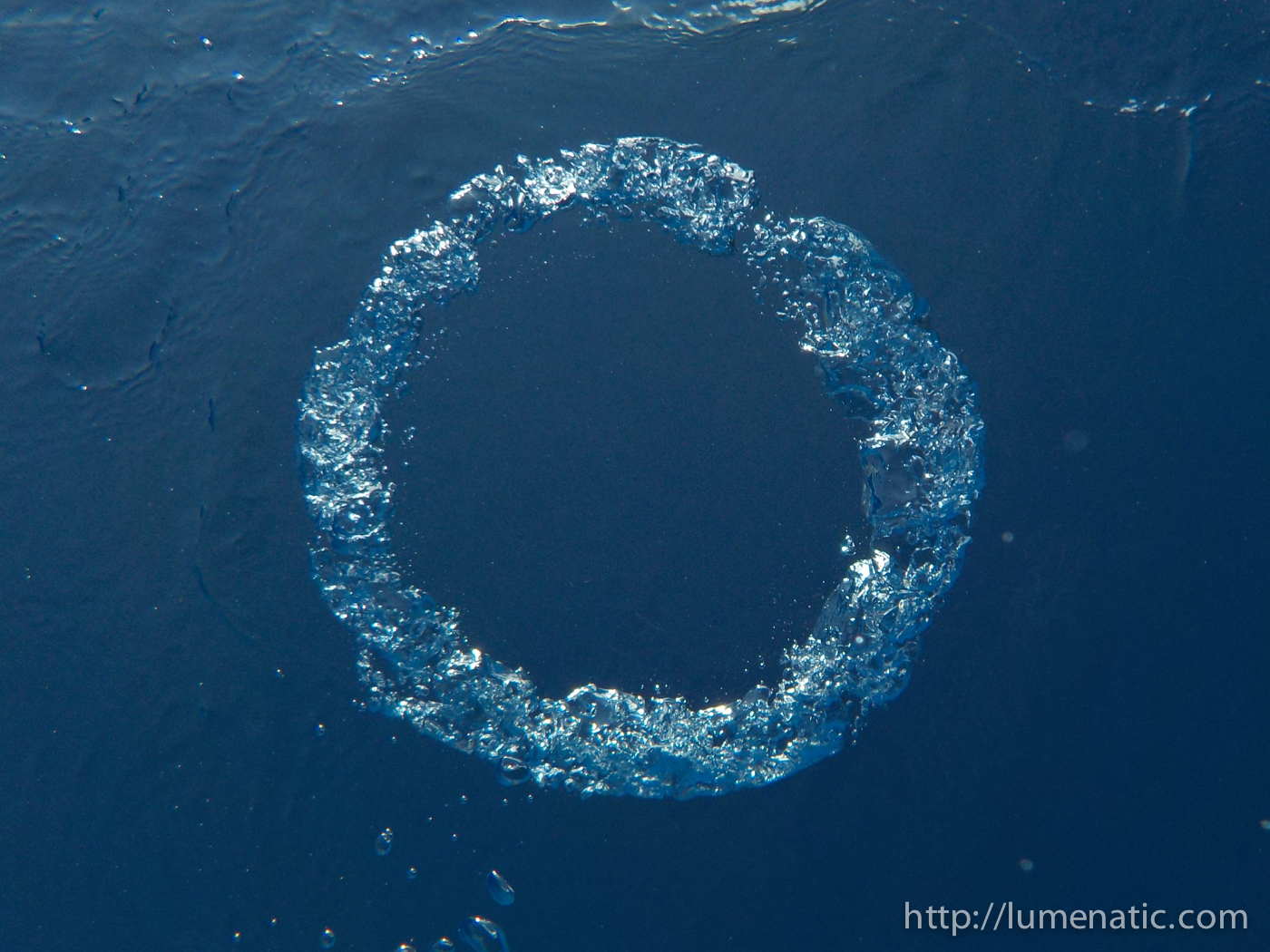 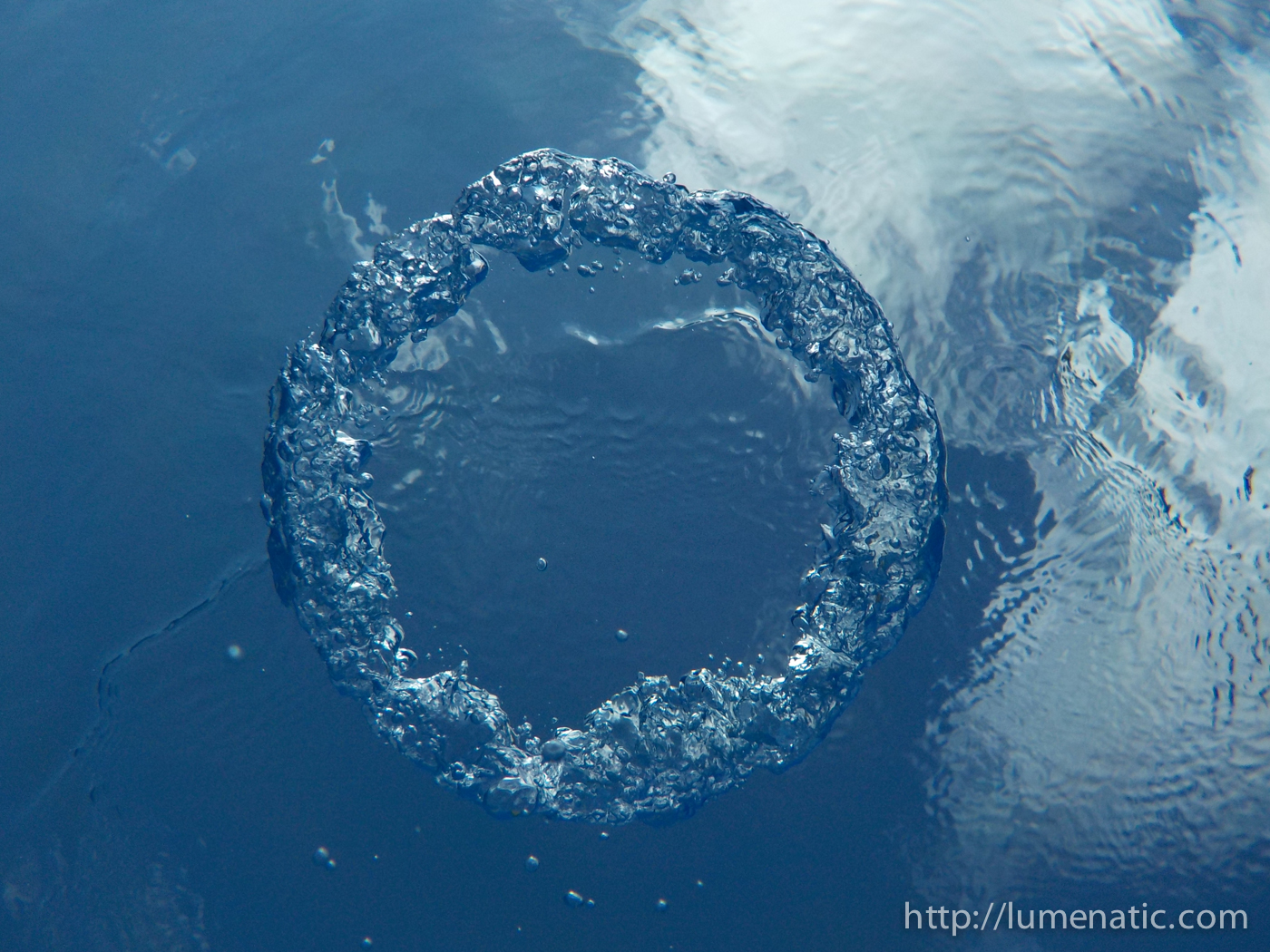 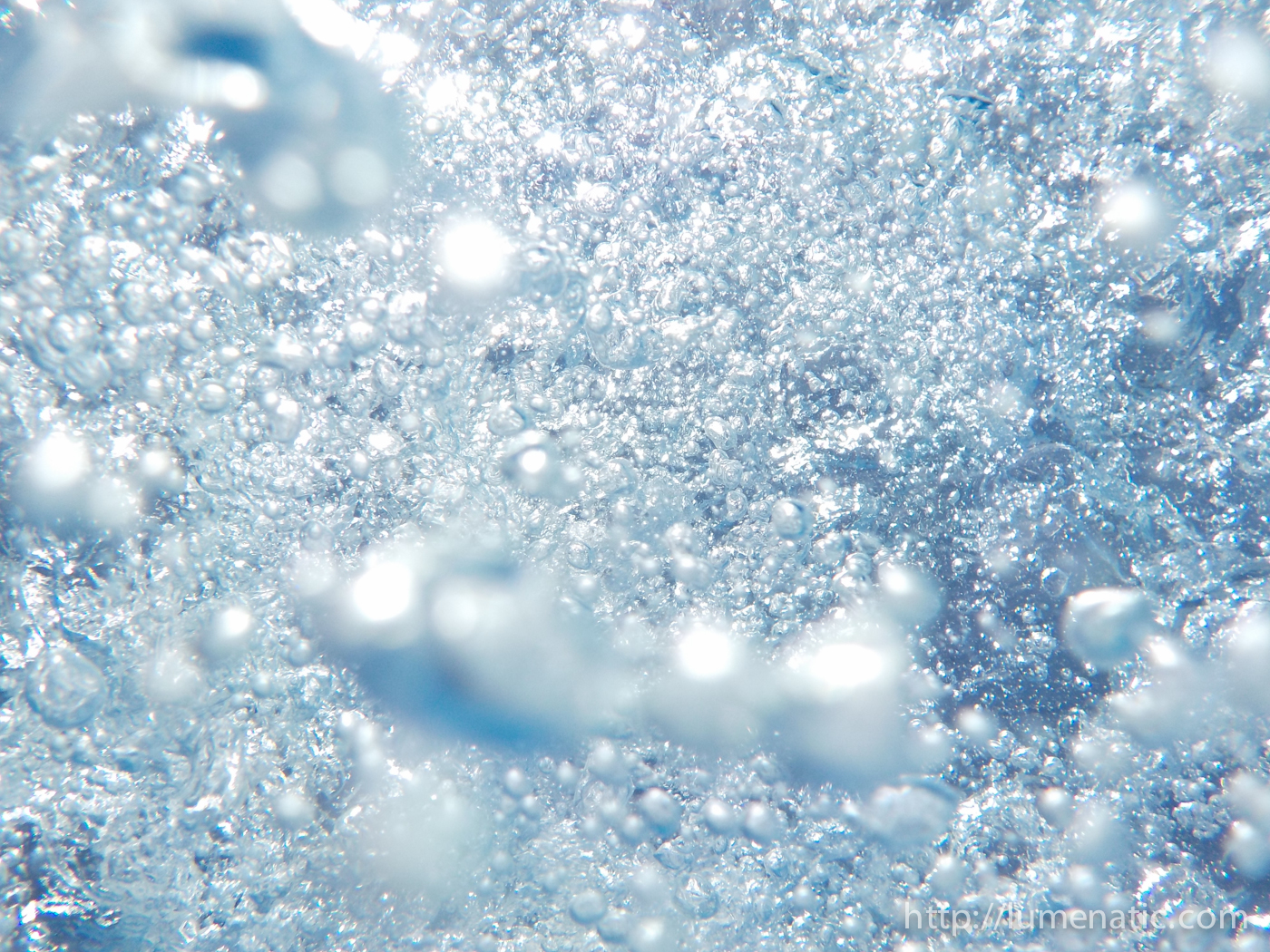 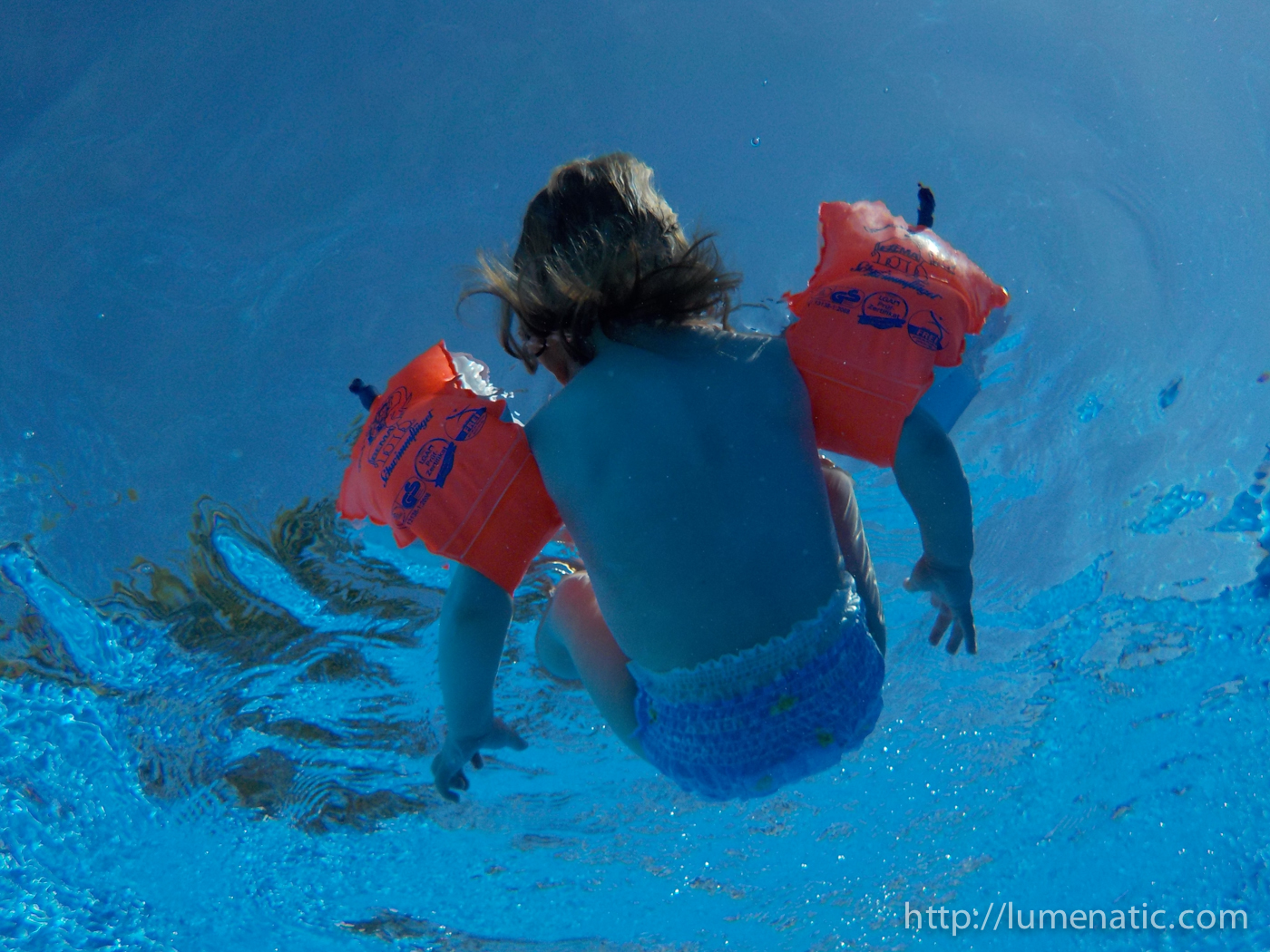 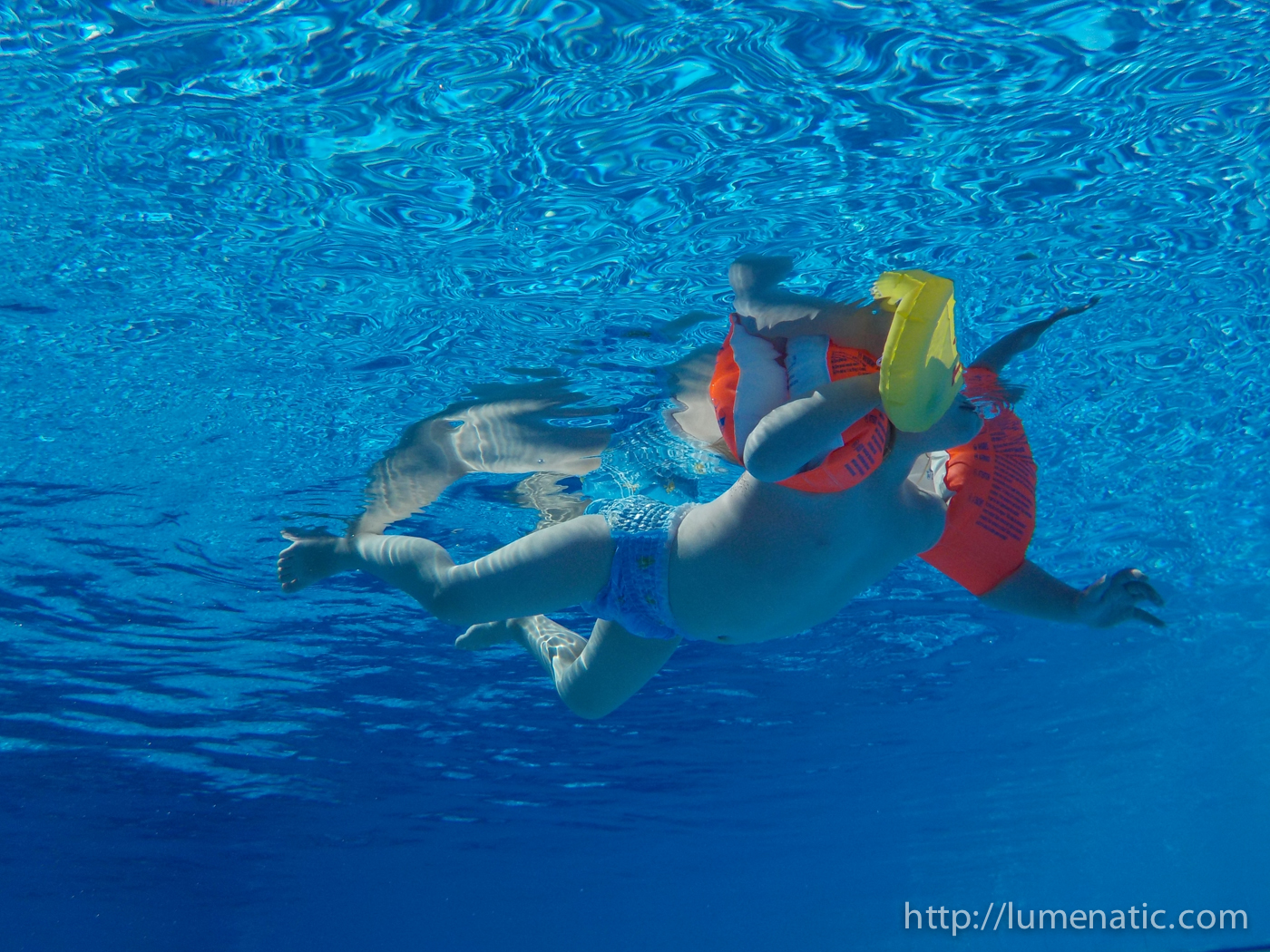 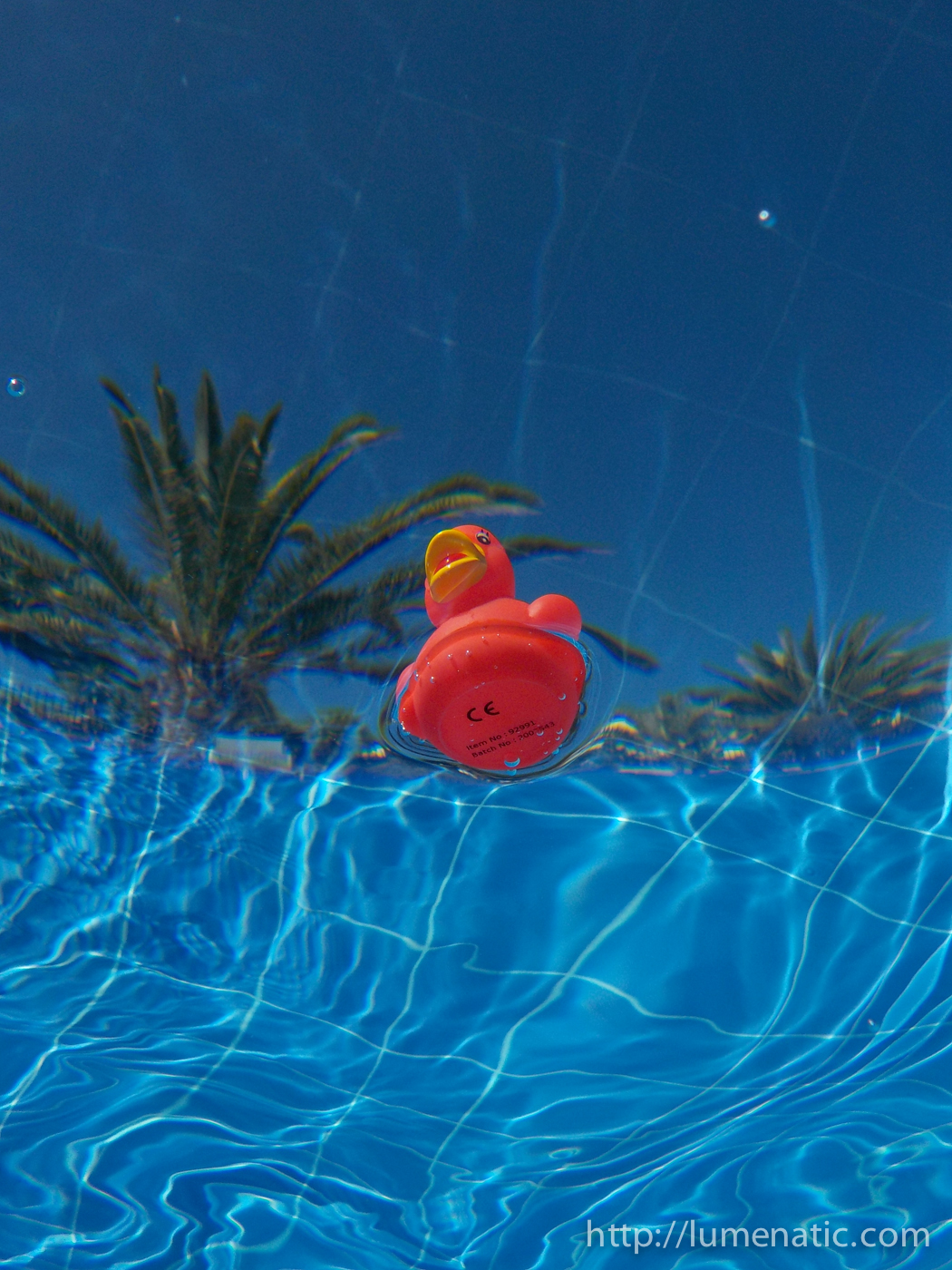 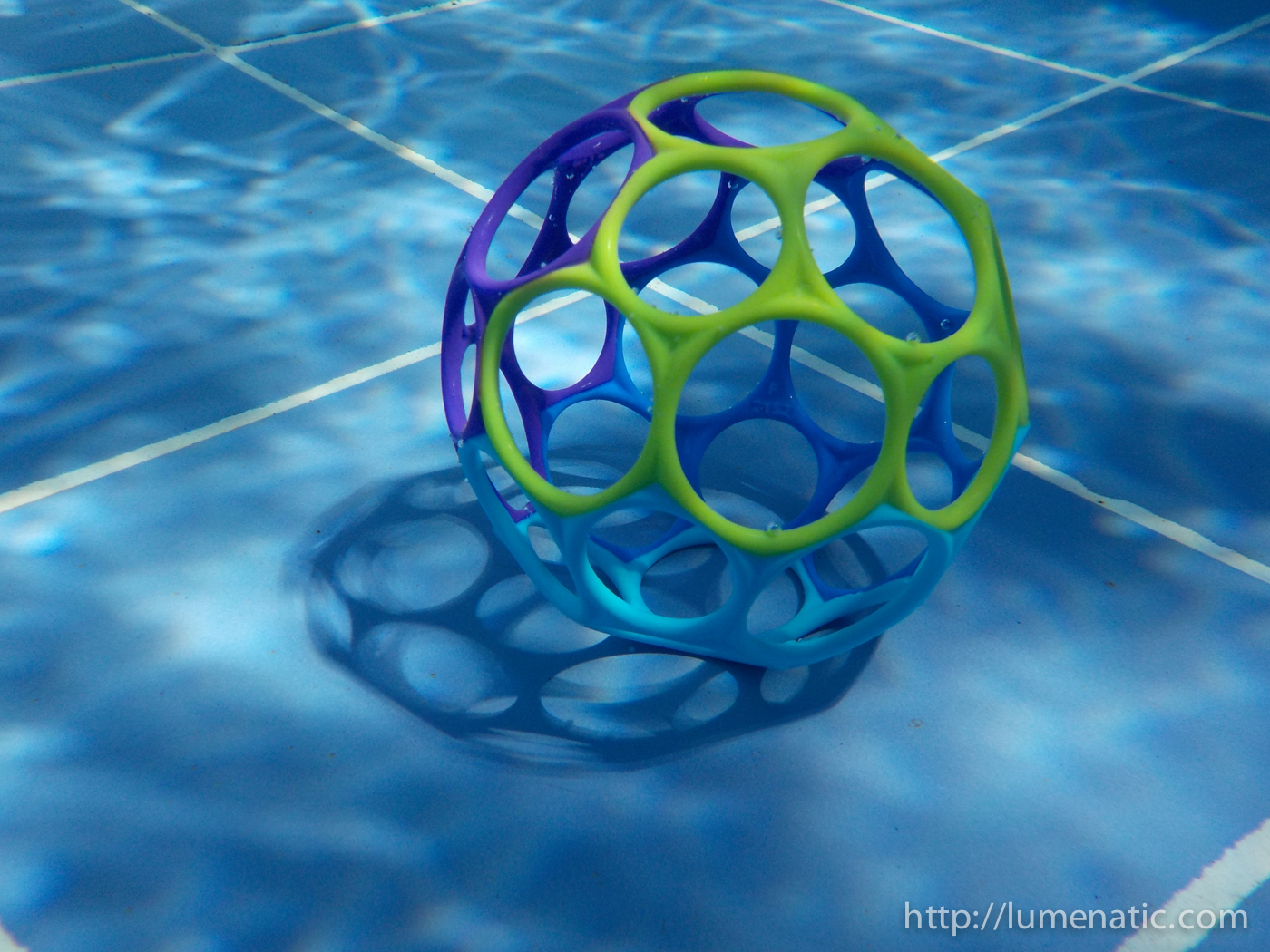 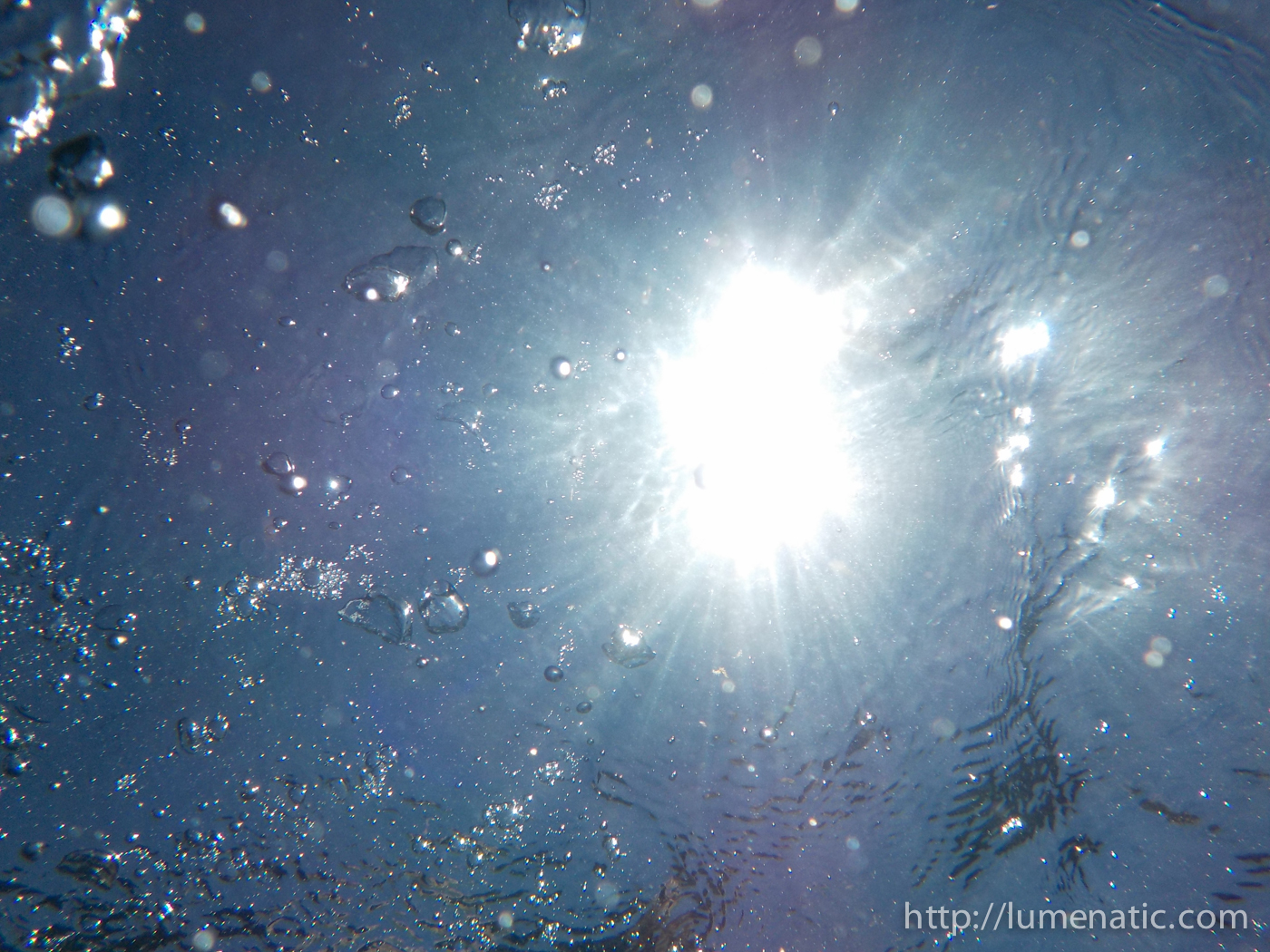 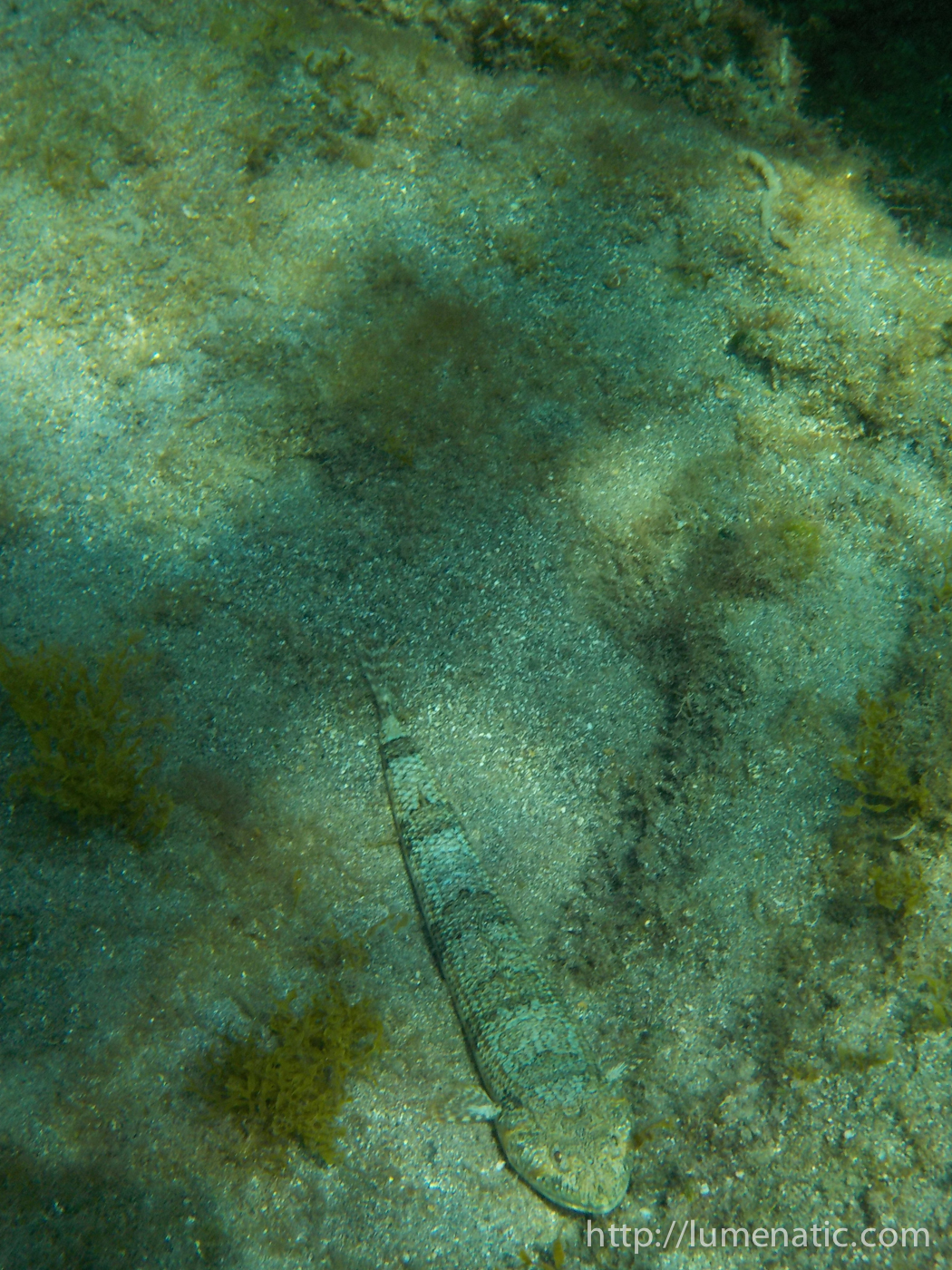 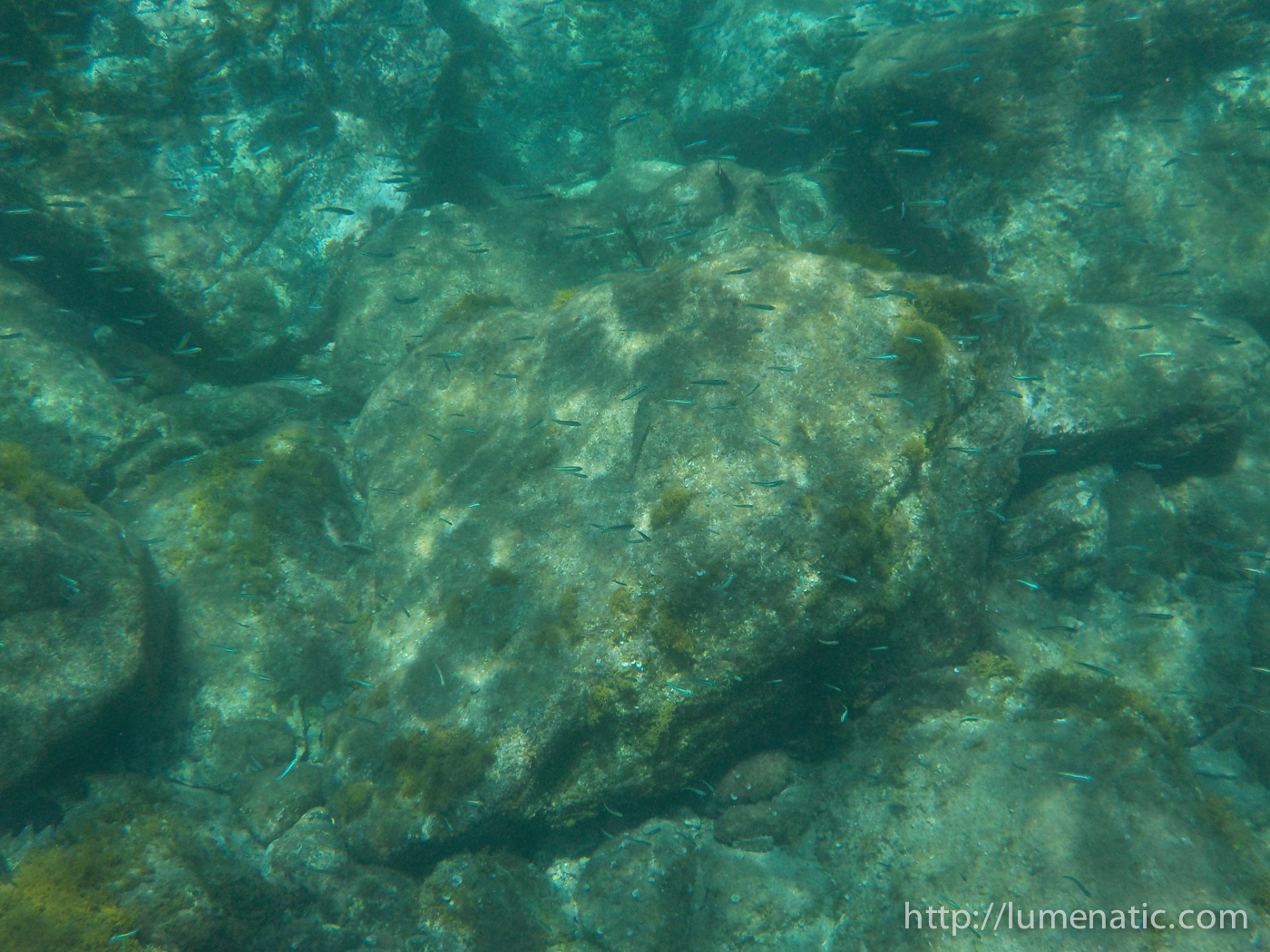 Image quality. In excellent lighting conditions (e.g. pool, bright sunlight) very beautiful results are possible, see below. Once the lighting conditions are not optimal artifacts will show in the images. Observe the images taken in open water for example. At a first glance the quality is ok, but pixel peeping reveals that the texture is somewhat fuzzy, as if the image has been composed of little mosaic dots. 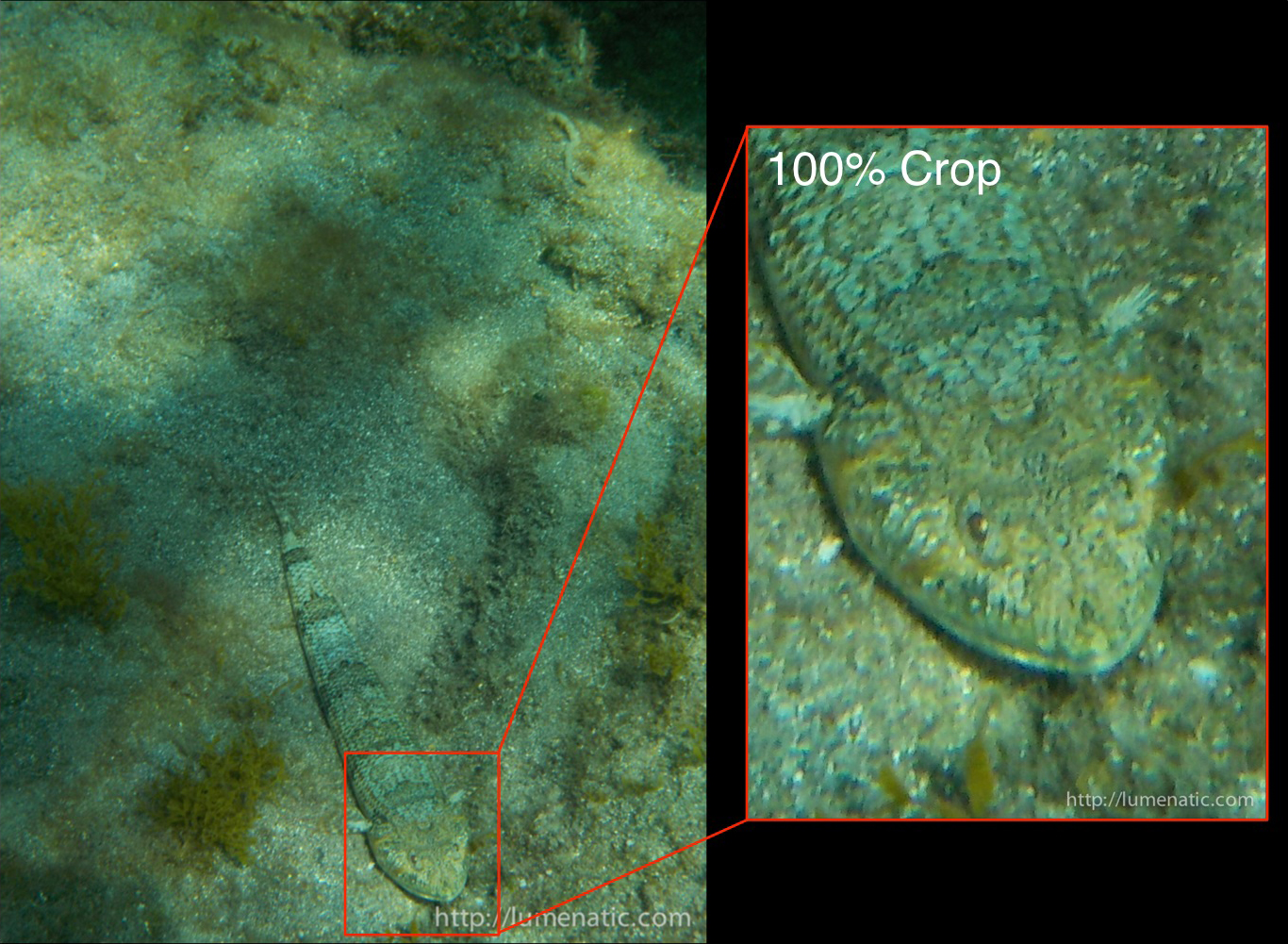 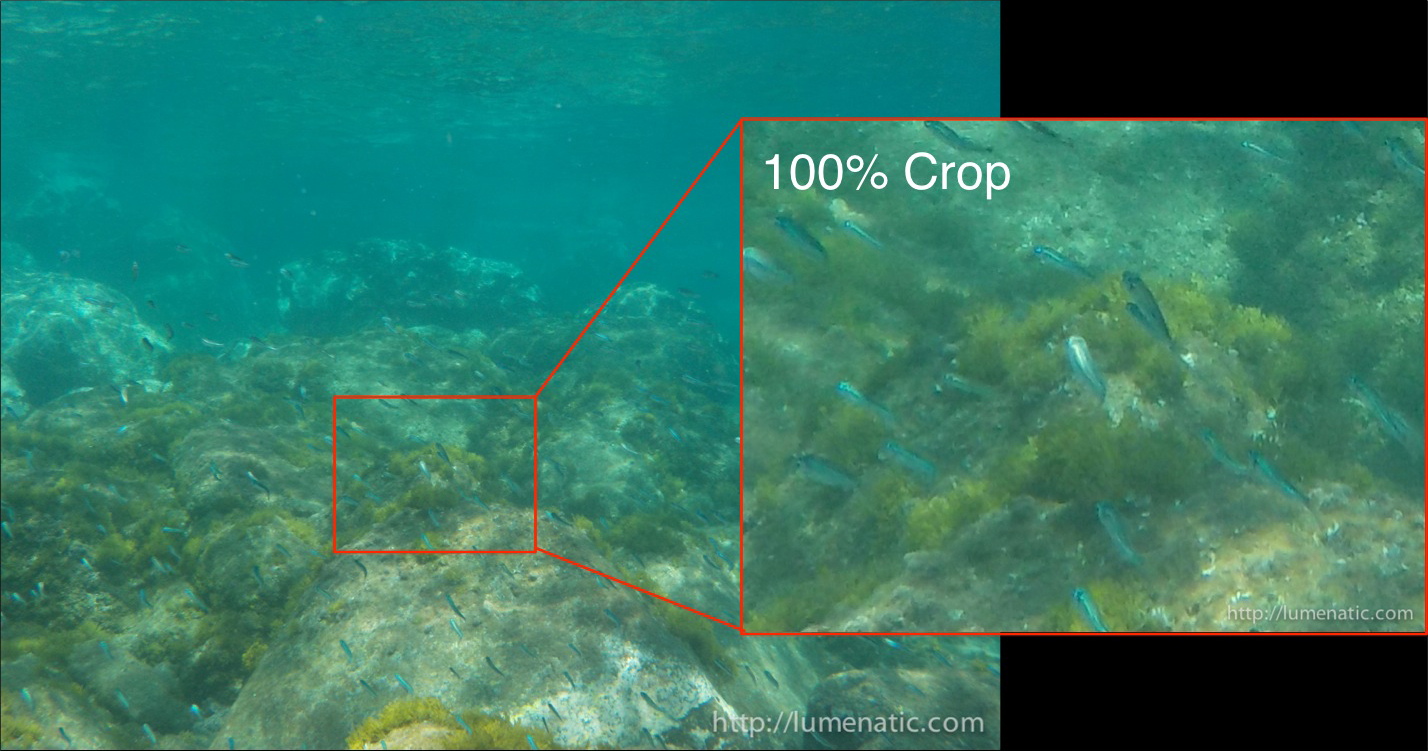 But again, keep one thing in mind: It is a family camera, so its intended use is for the pool or shallow water. If you are a diver and you go deeper than a few meters then this is not the right camera for you. Take a look at the Nikon 1 AW1 for example.

Filter effects. The camera offers several pre-set filter modes, e.g. black and white comic style, neon light contours (looks more like an LSD trip to me), miniature effect and several others. I compiled some of those effects in the gallery here: 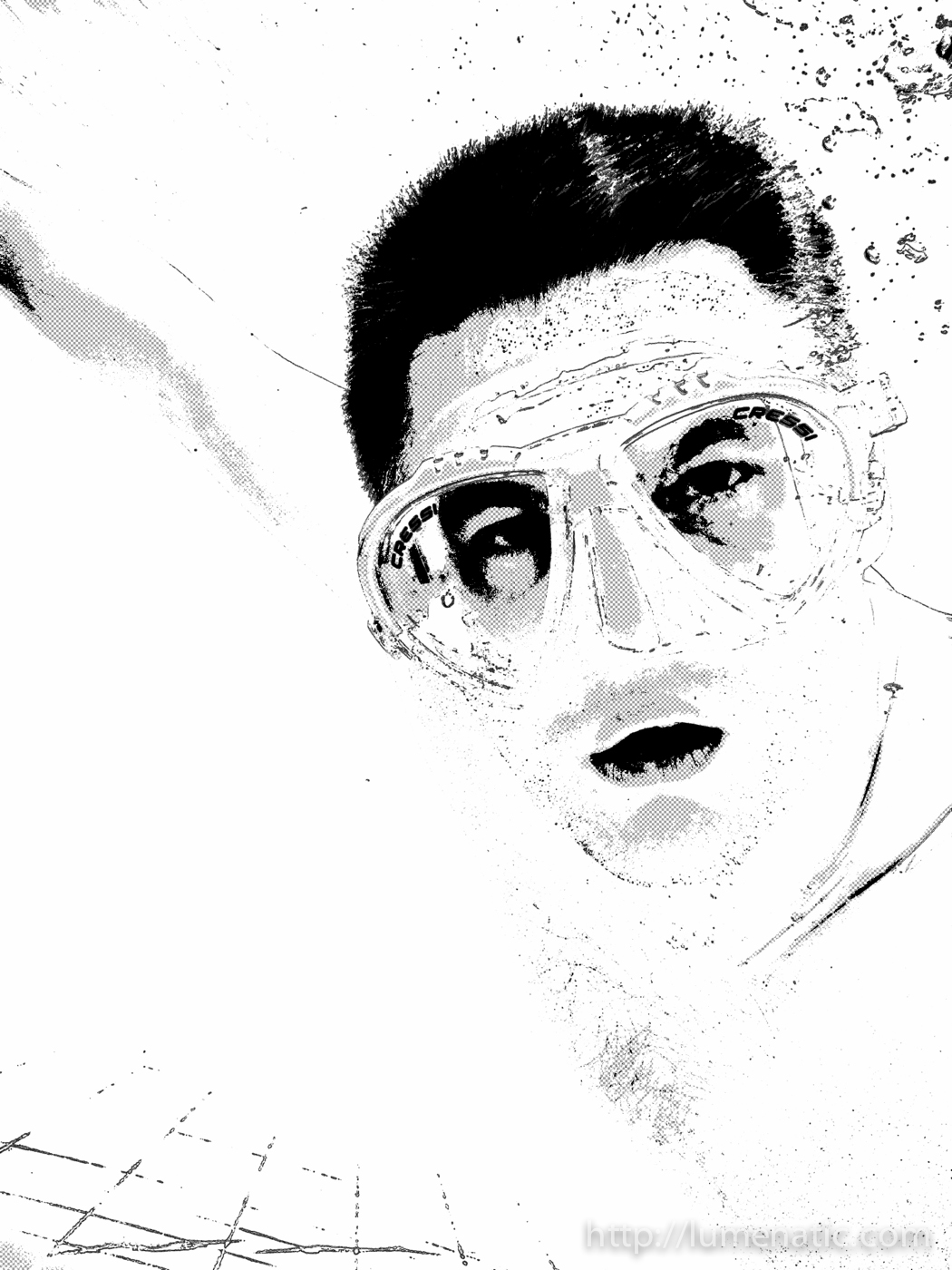 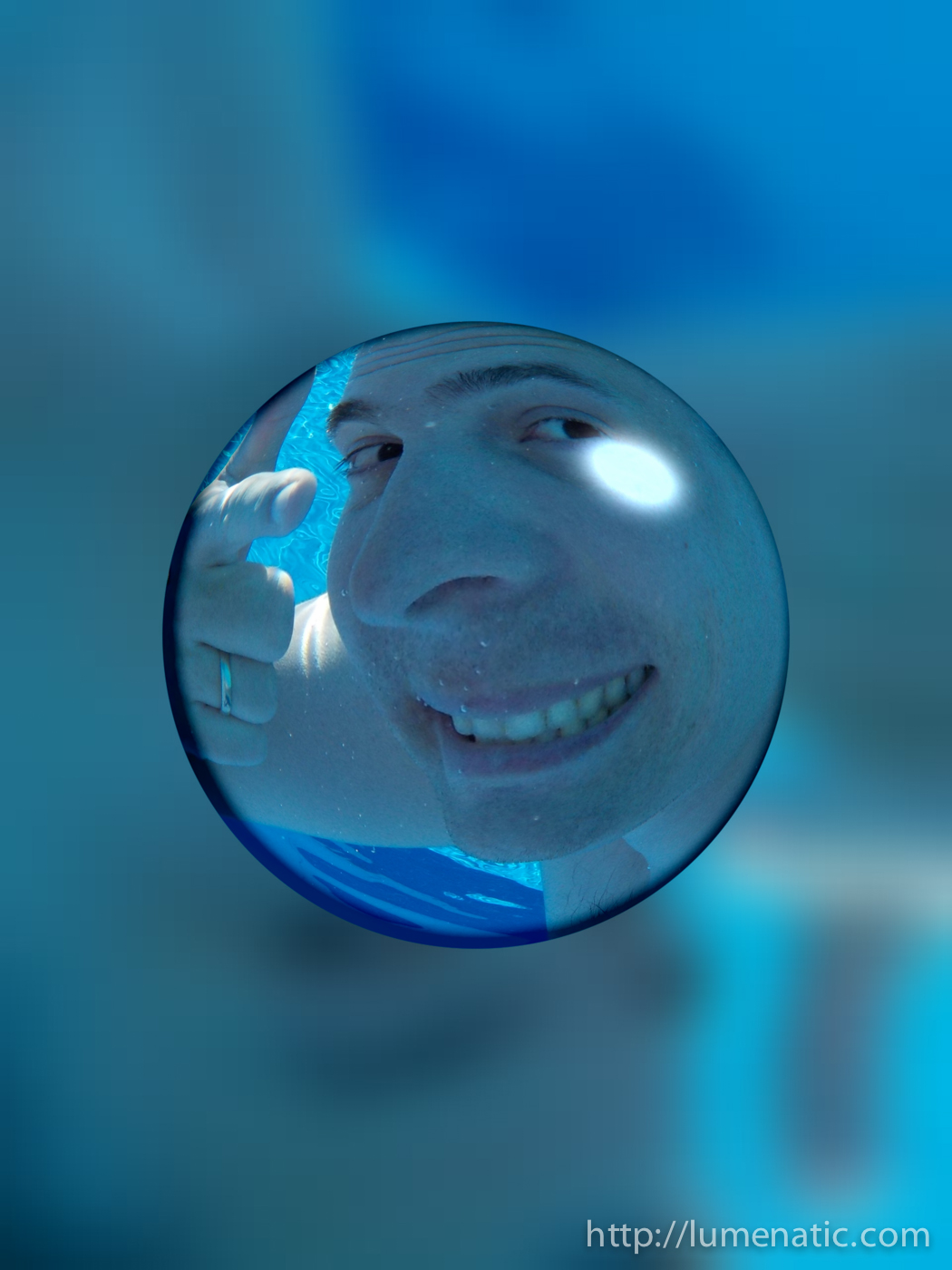 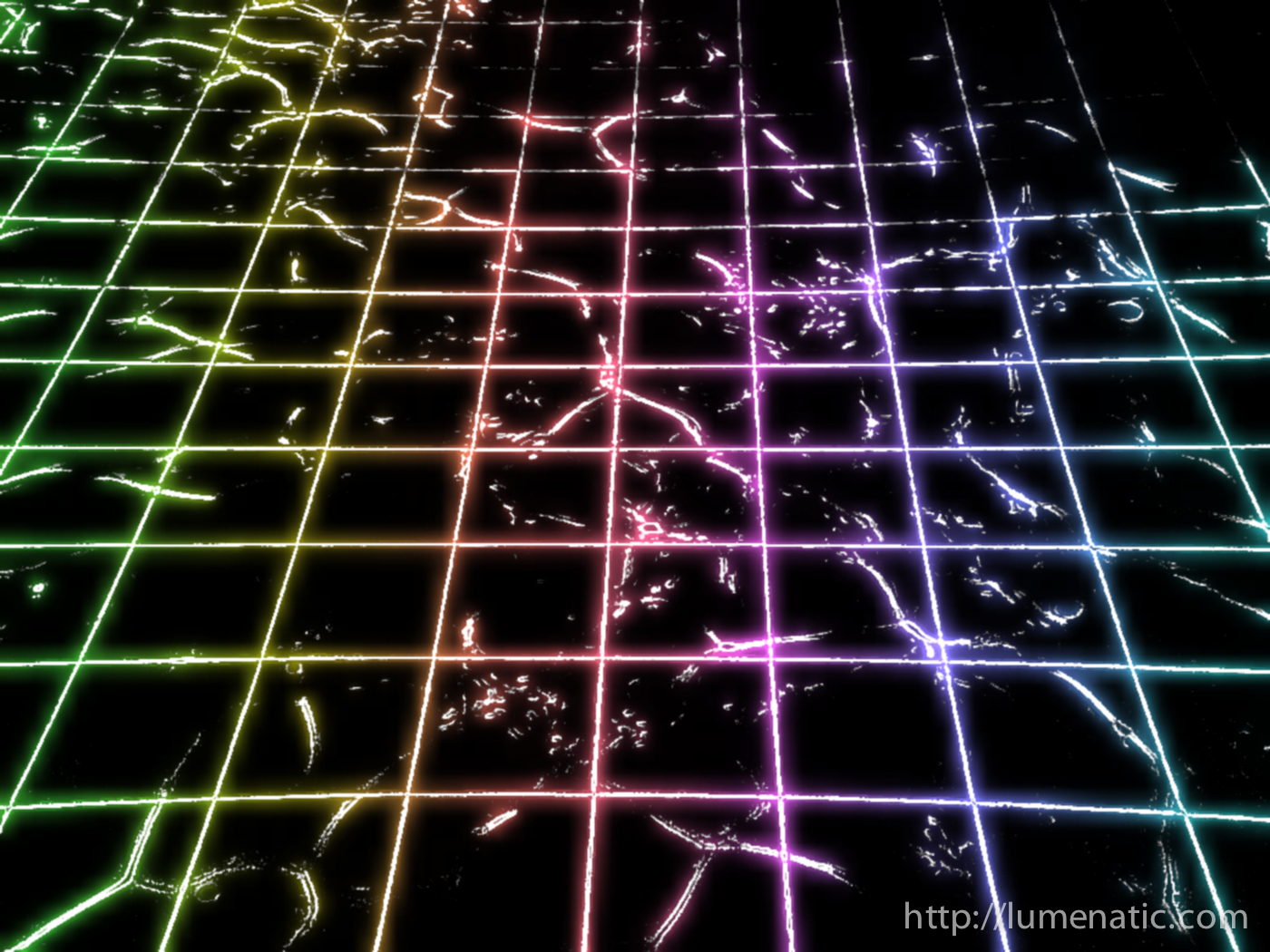 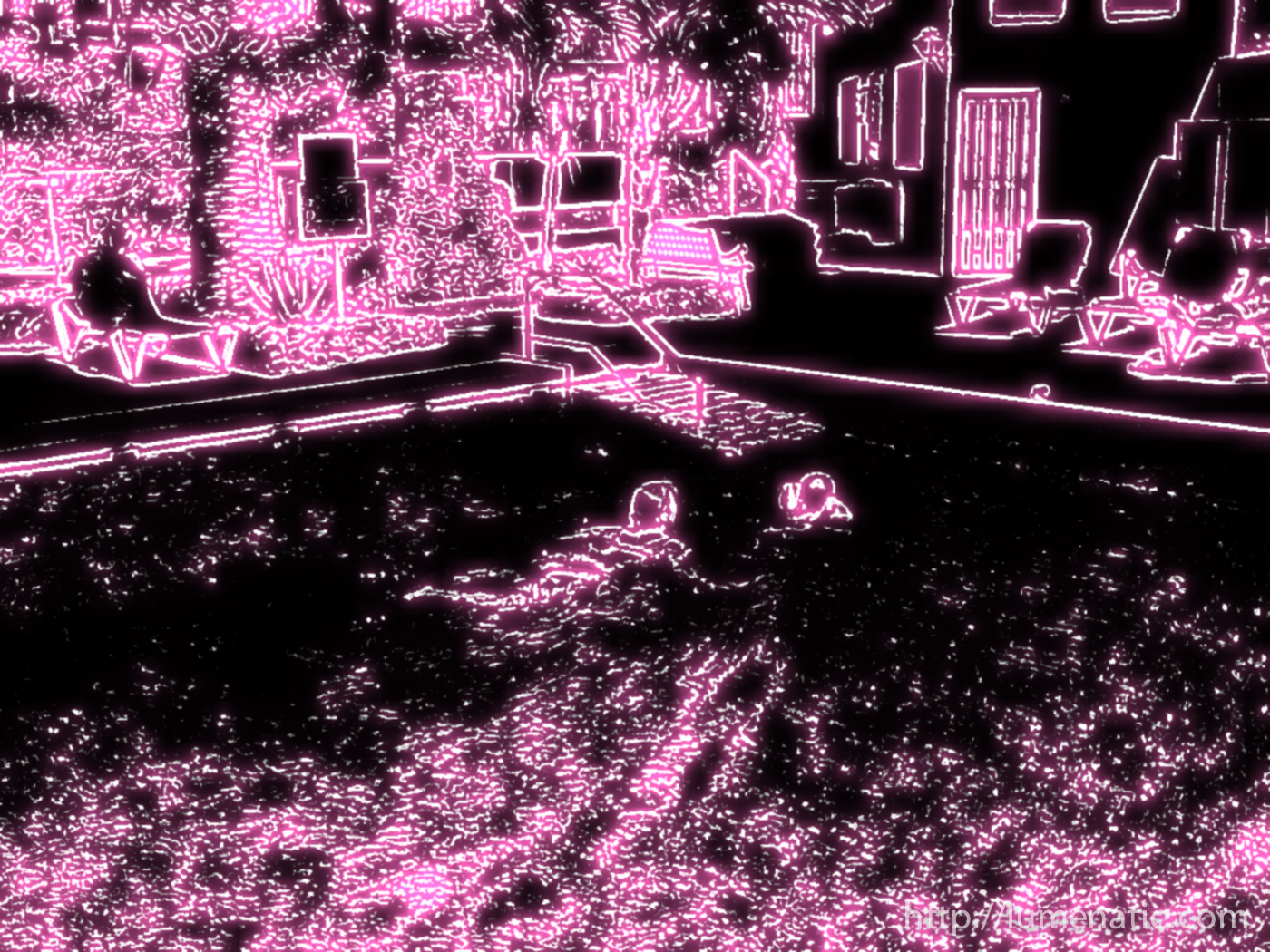 Trivia. The camera does not float, it slowly sinks.

The Ghost of Faulty Technology. Usually the battery is charged in-camera. But when I plugged the USB cable into the camera nothing happened. That was the reason for buying the universal battery charger.

Bottom line. A fun camera, easy to use and affordable. Good for fun in the pool, children or family members who might not be heavily inclined towards technology but who want to take pictures. The camera is quite simple compared to other compact cameras but it does its job and delivers, if there is enough light, very good results.