Today’s post is about fireworks. As many readers come from the US I know you recently had huge fireworks on the 4th of July, but you still might get some inspiration on how to shoot fireworks for next year’s celebrations.

I went to a festival here in Hanover, the “Kleines Fest im großen Garten” which roughly translates to “Small festival in the big garden”. It is a wonderful event set in the Herrenhausen gardens, which used to be the royal gardens of the Hanover dynasty. About thirty small stages are erected throughout the park for comedians, magicians, performers, musicians and artists. Actors dressed as fantastic magical creatures roam the park and create a unique, dreamlike atmosphere.

The day was topped with fireworks and that is where today’s photography topic kicks in. I set up my tripod at a pool with a nice view on some festival tents. I went directly to the basin rim in order not to have another person getting in front of me. Since the place where I stood was not too crowded there was no danger of being pushed into the water. I used the Nikon D610 with the 24-70 mm f2.8. The 14-24 mm would have been better, but I already carried two heavy lenses that day and could not take another one, so I had to work with 24 mm. 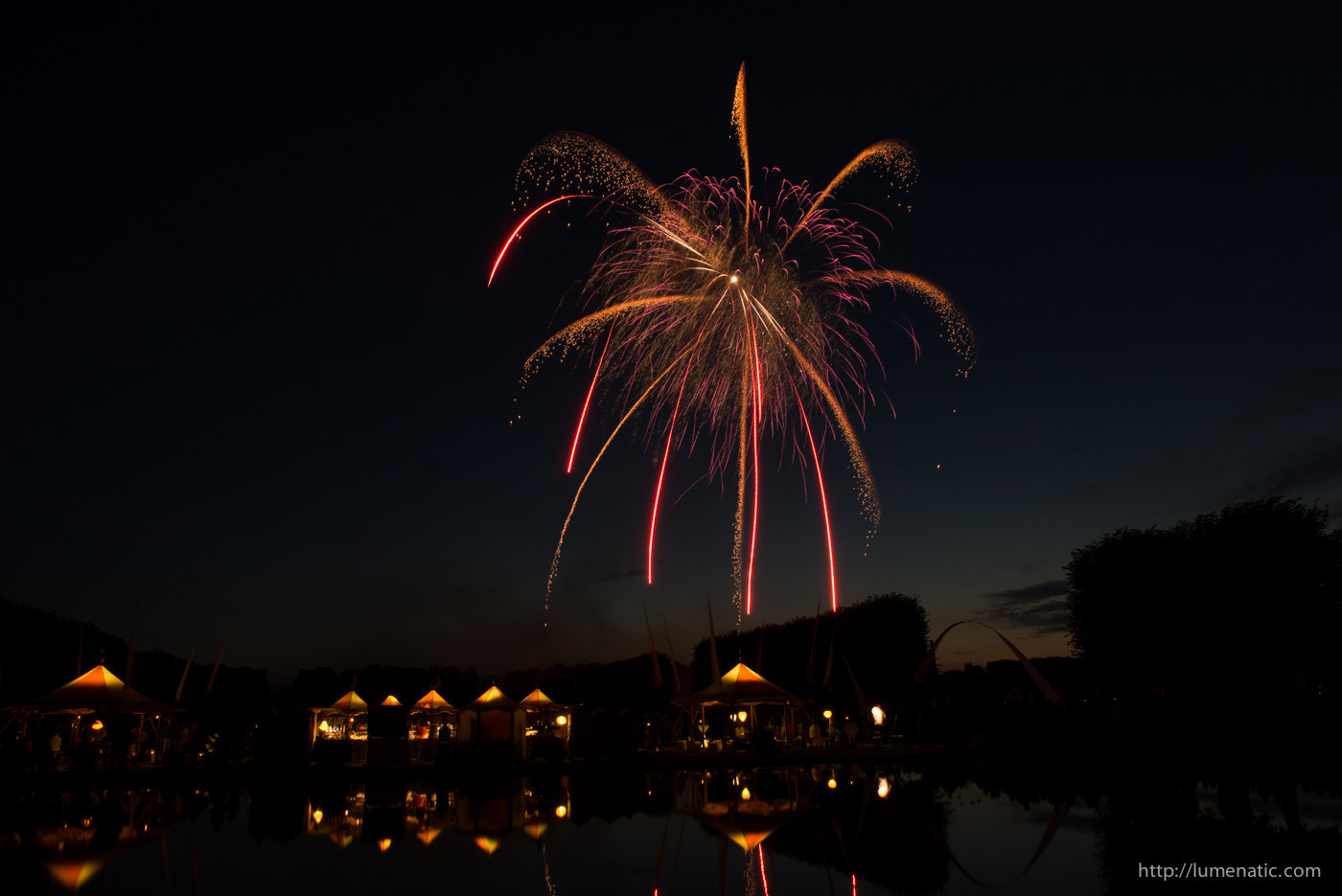 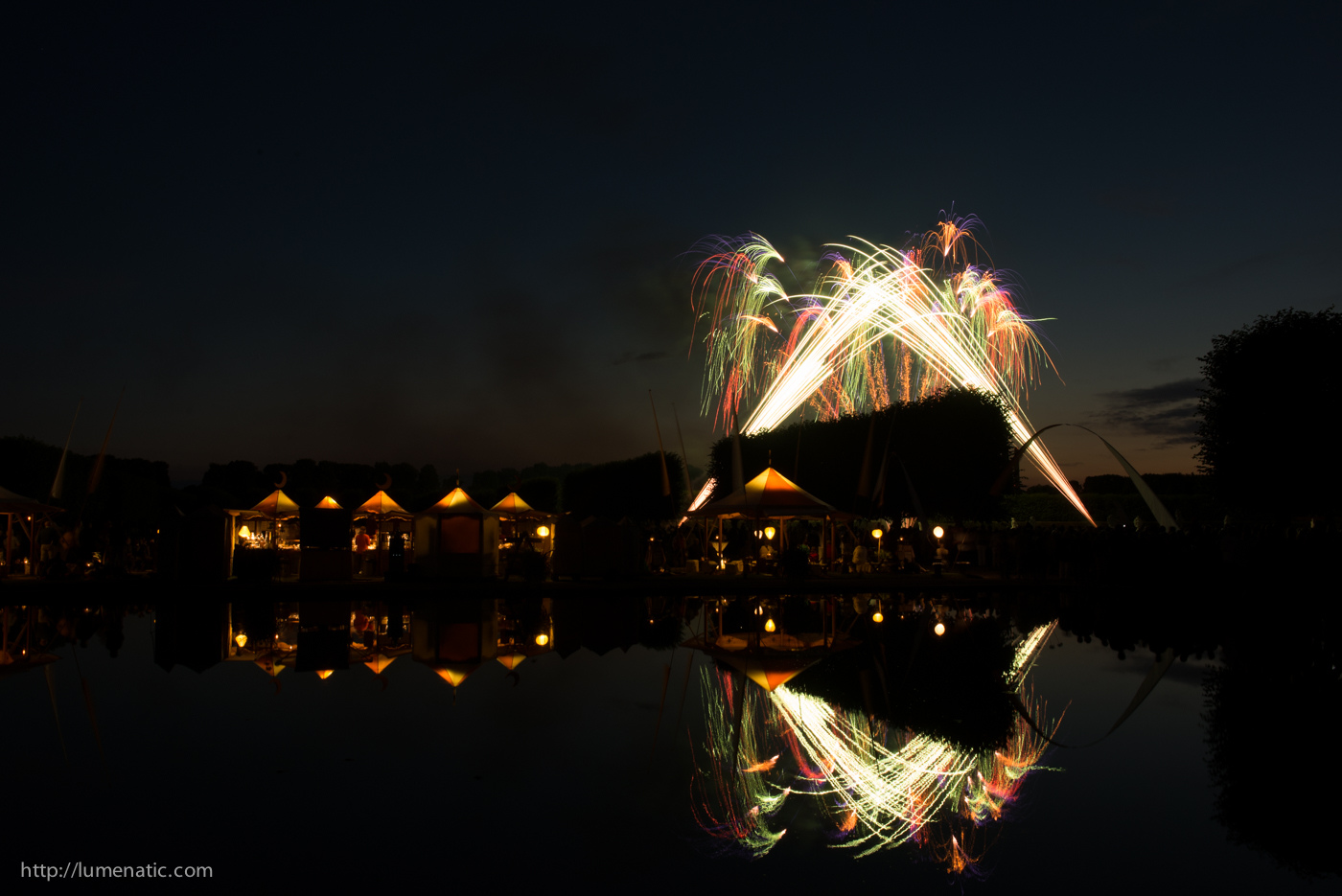 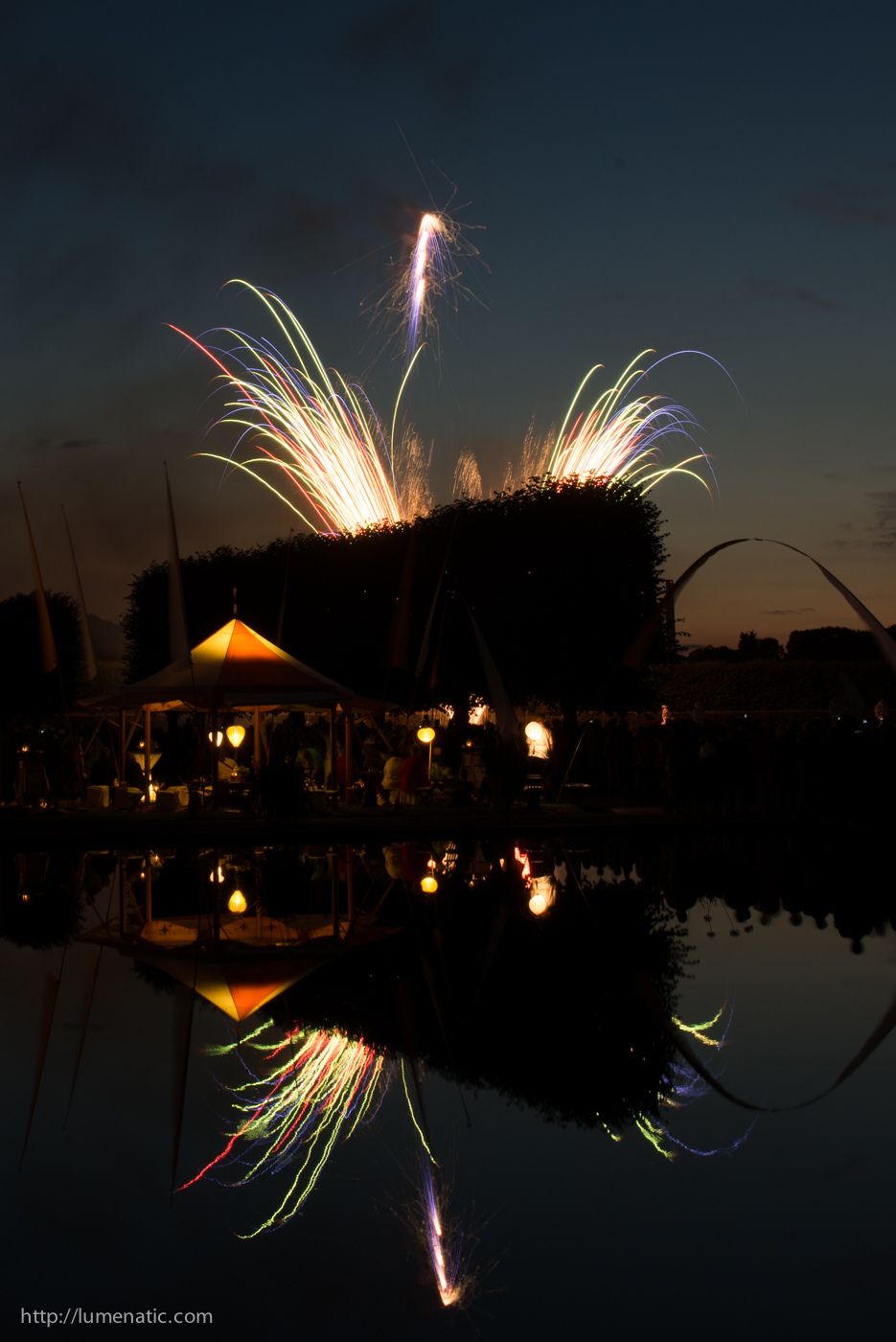 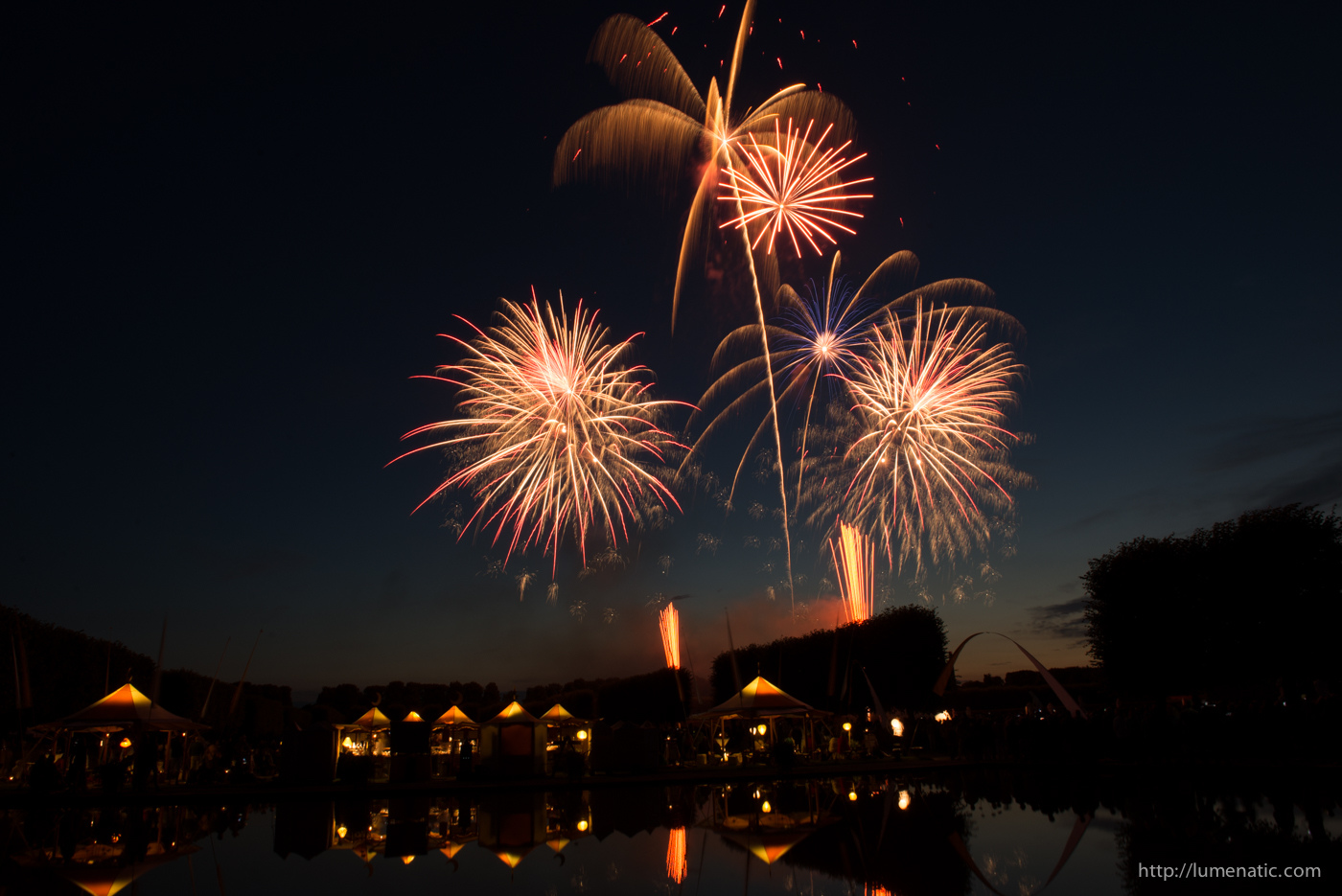 The camera settings in short:

This way I had absolute control over the camera  settings, fully manual. I did not use a remote control but pressed the shutter button gently each time to avoid camera shake. I tried to time my shots with the explosions, but that is more of a guessing game than a technique. If you look closely you can see a faint trail of the firework bombs which ascend and try to guess the moment they will explode. But honestly, most of the time I just pressed the shutter as soon as a 10 sec exposure was finished.

Keep an eye on the framing. Try to keep a part of the horizon in the frame to have a reference for the eye to see the size of the fireworks. I was lucky to have such a beautiful scenery with the reflecting pool and the tents. During the fireworks I changed the framing several times after checking the image on the display. Thanks to a ballhead on my tripod this could be done very quickly (note: the two portrait images in the gallery are crops of landscape shots).

And, last but not least, don’t forget to appreciate the fireworks ! Take your time during the exposure to look upwards and experience the light, the colors, the magic. You might also not die if you don’t take pictures for one or two minutes to allow the sensation of the fireworks to sink in 😉