Last week I showed some close-ups of frogs I photographed in a small aquarium. I mentioned that the aquarium glass added a milky haze to the images. In this evolution-post I will show how I edited two of those images. Note that I introduced a new category for such posts as this is the third post of this type. Formerly I did the dragonfly and the grasshopper.

Here is the original. Not bad but the the image doesn’t pop. A slight milky haze, what we are missing is contrast and clarity. 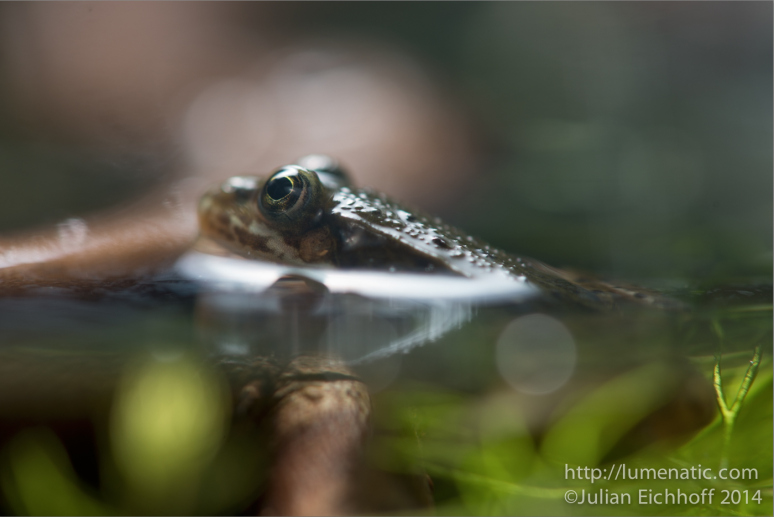 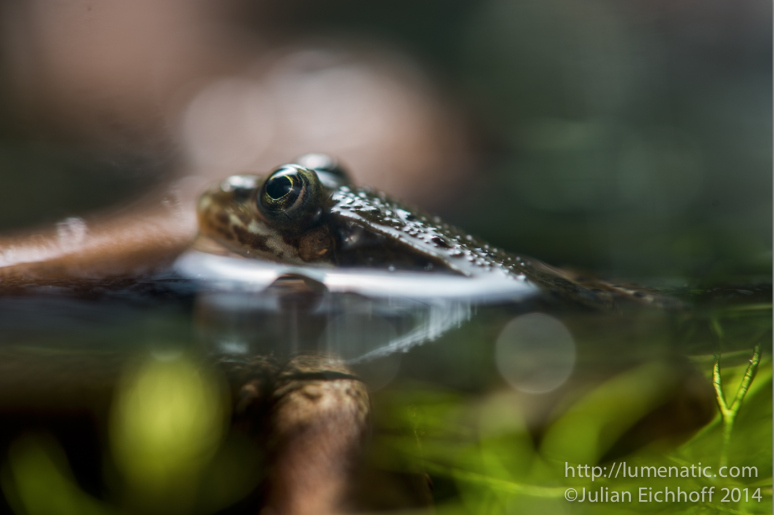 Brush tool. Added some sharpeness and extra clarity to the frog`s eyes. Cloned away ensor dust in the upper right corner. Slight vignette applied to draw the viewer’s attention more to the center of the image. This is the final version. 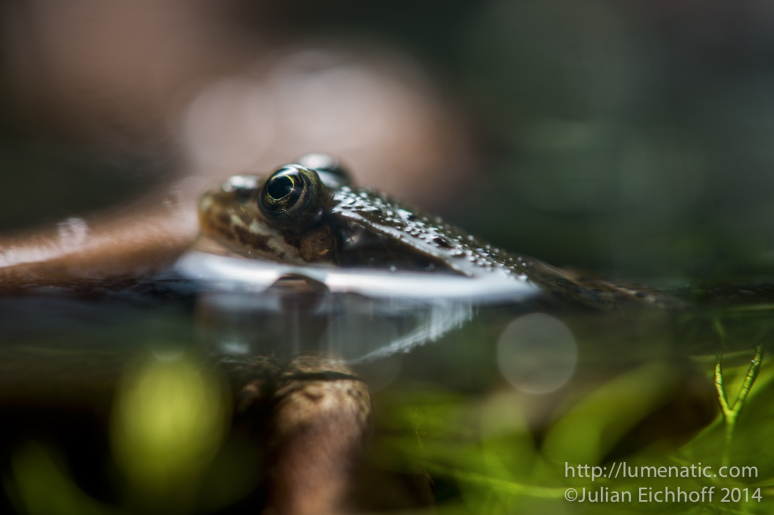 The above image did not need too much attention. I was lucky, because that was the only image in the series where the frog did not cling to the aquarium walls but rest on a branch more towards the middle.

The following image requires more attention as there were more distracting elements ins the image (particles floating in the water, aquarium wall etc.). Here is the original:

Contrast+49, clarity +67. Looks much better, but the aquarium wall in the upper corner is not very nice to look at.

So I employed the brush tool to darken the area of the glass.

Now for some serious cloning and repair tool action. Distracting elements are removed. I intentionally left some spots in the upper area of the image to keep the image from being too sterile. Looks ok, but I did not make a good job in the are between the glass and the water.