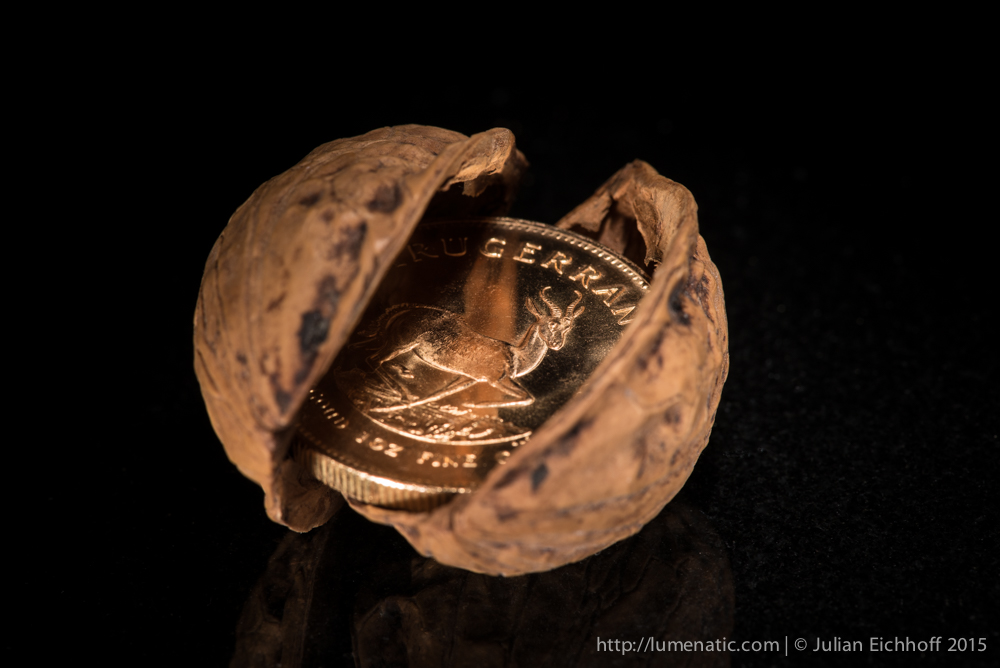 In the last months I have been struggling to deliver content on a weekly basis. Time is short and blogging takes time. So I decided to start a series of shorter entries called “Lumenatorials”. In these posts I will show a photo I made and deliver some background information on how it has been made. I have made such posts before. Lumenatorials will be short and deliver enough information to enable you to re-enact the shot if you like.

This first Lumenatorial is titled “The golden fruit”. What you see is a gold coin (a Kruger Rand) nested between the shells of a walnut. Now that’s a tree I would like to own… 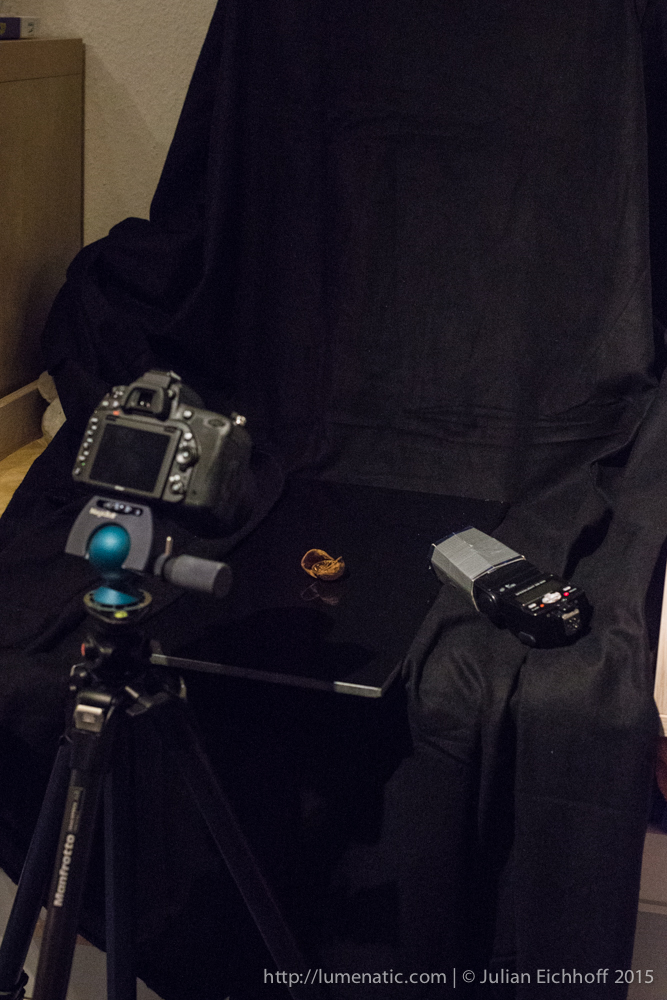 The setting for this shot consisted of black cloth, draped over our diaper changing table. A black glossy tile from the hardware store served as a reflective underground. I have used this tile before in my model car photos, e.g. this shot of a Lamborghini Aventador. I mounted the camera on a tripod and pointed my 105mm macro lens at the setting. After arranging the shells and the gold coin (and blowing away some dust) the action could start.I set the exposure to 5 sec, f/16, ISO 100 and released the shutter. Then I used an SB-800 flash with a self-made snoot to illuminate the scene manually. The snoot gives you very directional lighting, the light is concentrated in one spot. With the flashgun seet to 1/32 manual power I popped it twice. The first flash went from the bottom left corner to illuminate the side of the shell and the rim of the coin, the second flash came straight from above. It took some tries to avoid nasty reflections from the coin.

Post processing involved heavy use of the brush and stamping tool to remove dust, blacken the background and enhance the appearance of the coin.