Nine ways to position a GoPro on a motorcycle 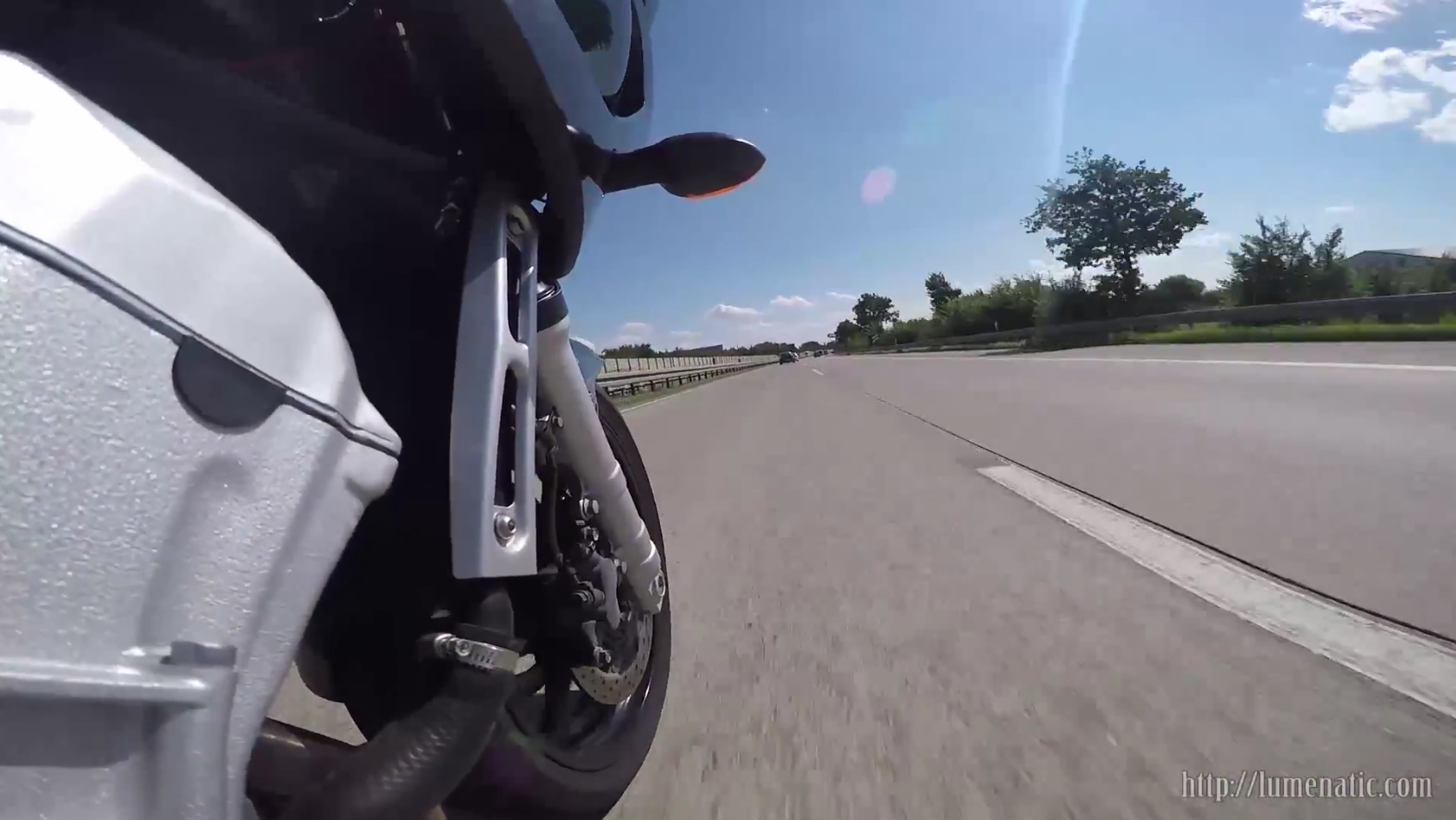 The attentive reader of my blog will have noticed that I got a motorcycle recently. I made several photo sessions with motorcycles (part 1, part 2), and the transition from photo to video was just a question of time. And since I am that geeky kind of gear-loving photographer, I got myself a GoPro Hero4 silver. I won’t go into detail on the camera itself, this has been done on other websites by the thousand.

One might think that the options for placing a camera on a motorcycle are few, but far from that. In the video I am going to show you now I have positioned the camera in nine different ways, and there are many more ways to do so.

For the impatient viewer here is a list of camera positions in the video:

Some notes and thoughts.

The Tarion clamp shown in the video at 0:15 is no good for action filming. The clamp and the part where the camera is attached to is held together by a spring and a toothed ring. This means that the upper part of the clamp with the camera can wobble when vibrations are induced during the ride. I made a short video to explain this:

The original GoPro mount is much more stable. All connections are made with the interlocking mechanism (three blades interconnect with two blades) and everything is tightened by a screw. This generates a lot of friction, which secures the joint. Hell, people jump out if airplanes with mounts like these and the joint doesn’t move !

When wearing the camera on your helmet an assistant comes in handy to adjust the alignment of the camera.

The adhesive pads are, well, very sticky. I was anxious if they would fall off during high speeds. They did not and note my jumping-from-airplane-comment above.

Filming generates a lot of data. That’s a no-brainer but takes to get used to if you don’t film on a daily basis like I do. A clip of 17min 43s is exactly 4 GB. After that the GoPro stops and starts a new file. I am not sure yet why it stops – I use one of the recommended 64 GB Sandisk Extreme cards for recording. Anyhow – I used to complain about the size of my RAW files from the Nikon D800 (around 50 MB per image), the GoPro puts thisinto a new perspective. Don’t get me wrong – Video files from a DSLR would have a comparable size I suggest, but since the GoPro is so small and handy one tends to just let it record (while you would have put away the DSLR quickly due to the weight).

I hate video editing. I am used to a photo editing workflow and am not experienced in managing all these clips and how to cut them into nice and aethetic pieces. Need to find a good tutorial on that… something like “video editing for dummies”.