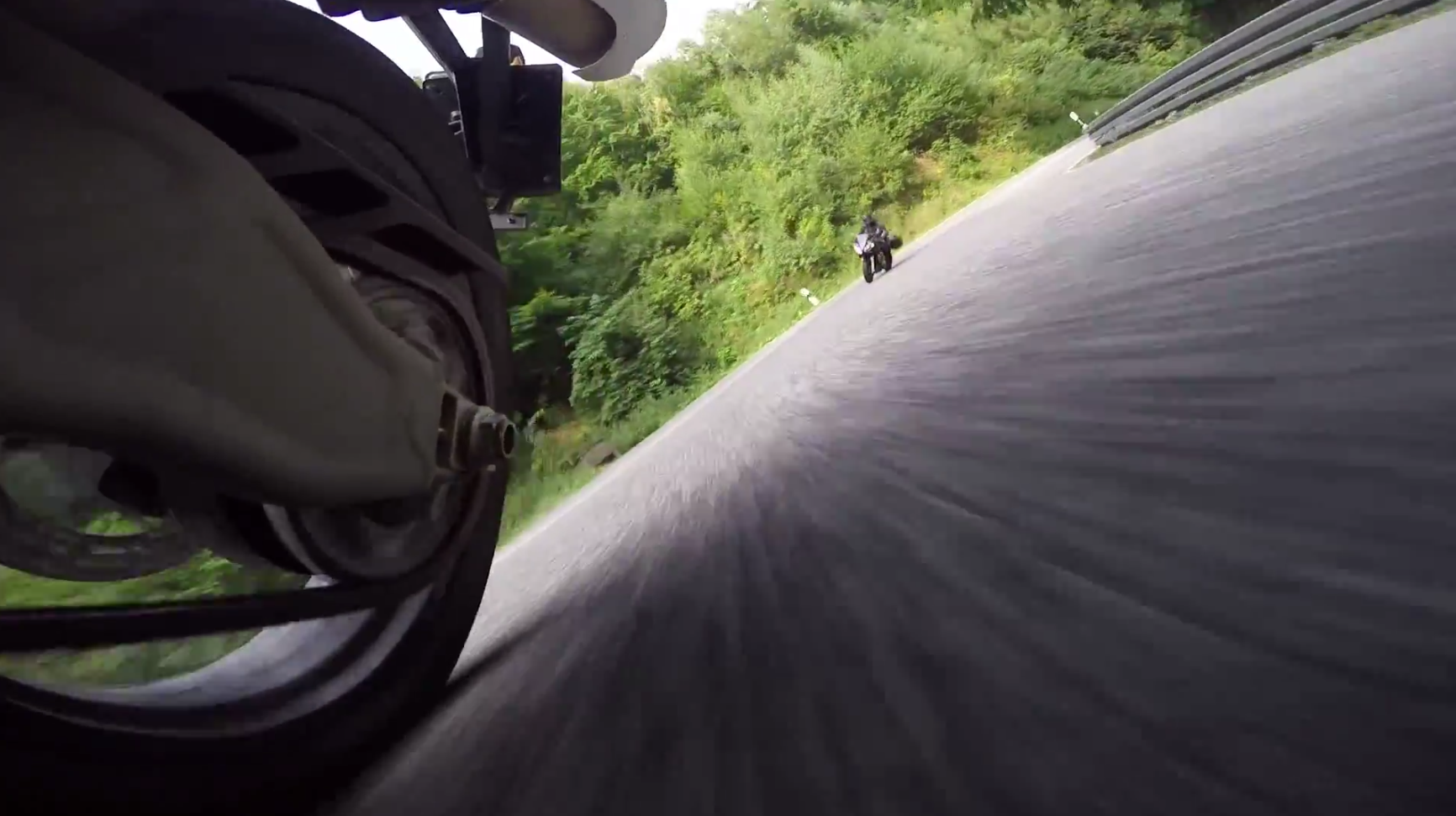 Yet another motorcycle video today. During my trip to watch the Perseid meteor swarm I also took some footage of me and my buddy going up and down the Kyffhäuser pass. The Kyffhäuser is a huge monument in the middle of Thuringa (Germany), a few hours from Hanover. There is also a former race track by the same name (now a public road) with 36 curves winding up the hill.
We attached the GoPro to our bikes subsequently and raced along. And by that I mean that my buddy grinded down his footpeg while leaning into the curves while I slowly approached every corner (As of today I have only clocked 3.600 km on a bike in total. Yes, I’m a noob). Therefore the footage from my buddy is much faster than the footage from my bike.
I pondered speeding up my clips but opted against it. A German saying goes “Es ist noch kein Meister vom Himmel gefallen” (direct translation: “No master has fallen out of the sky yet” => “No one is born a master”). I would like to append this saying by the phrase “But many wannabe masters have fallen off their bike”. Hence no sped up footage.

I chose a funny, yet kickass song to be the soundtrack – “Pirate Shout” by audio fedility. The song is a remix of the Monkey Island theme song (yes, the LucasArts computer game). I would classify the music as “pirate metal”. Cutting went a little easier this time – practice makes perfect. I ditched all original audio channels and let the music speak for itself. Also I tried to match the cuts with the rhythm of the music, which can be a little tricky, as you have to hit the exact frame to get a perfect match. But again – practice makes perfect.