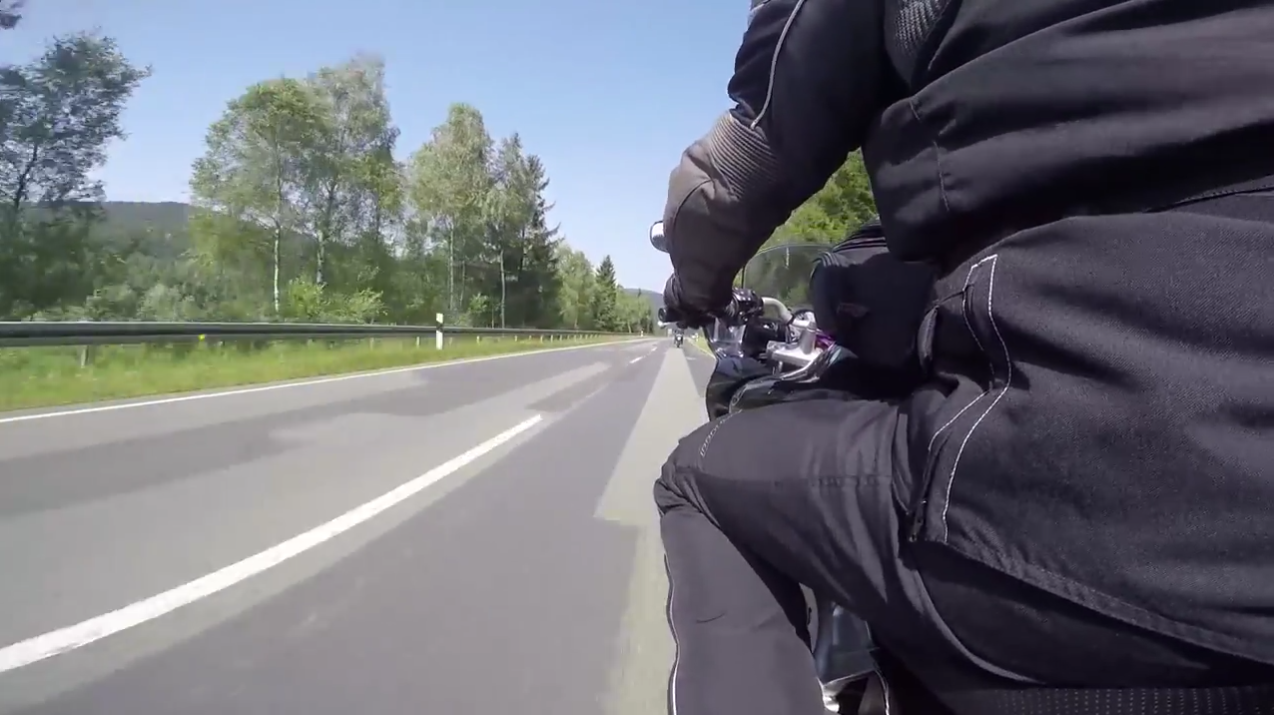 Aaaaaaaaand another bike video (Nienstedt pass here – taken in six individual runs to get more angles of the same route – and the Kyffhäuser Pass – edited to a metal version of the Monkey Island theme song). To be honest – I know that the videos are not revolutionizing the way footage on a motorbike is taken. The reason I am flooding you with my videos is purely egoistic – I want to practice video editing.

The music of today’s video is from NanowaR – an italian metal parody band. NanowaR make fun of all those flat metal clichés like the brainless vocabulary (steel, sword, glory, power, king and so forth). The track is called “Tricycles of Steel”, which fits into the scheme of a motorcycle (yes, a motorbike has two wheels, a tricycle three, I know).

When editing footage to a music track the first step is to load the music onto a separate audio track and lock it. This way you can’t move it accidentally, destroying the timing of the cuts you painstakingly managed to build. I then loaded all the raw footage into separate video tracks and started shuttling through them (“shuttling” meand to grab the timeline marker with the mouse and pull it over the clip, thus going through the footage fast-forward). This way I could identify interesting parts and cut them out of the raw clip. Once I had cut all raw clips I started arrangind them to the beat of the music. Takes some practice to hit the right spot. I found it practical to jump to a position 4-6 seconds before the cut I wanted to arrange and play the music. Then I tapped into the rhythm 1-2-3-4-1-2-3-4 and hit space with the new “1”, thus pausing the video in that exact moment. If you have some feeling for rhythm you can place the clip at this position and voilà, there is your cut. Shorten the previous clip if necessary. Some fine-tuning might be necessary, shortening or lenghtening the clip a few frames to achieve a good timing.