A magic hour photoshoot with my bike

A while ago I wrote about planning a magic hour photoshoot, read it here. In continuation of my motorcycle frenzy I wanted to conduct a magic hour shoot with my bike. Preparations started thoroughly – I went location scouting and took some test images. There is a futuristic looking building in Hanover, the International Neuroscience Institute. The architecture resembles the shape of a human brain, paying homage to the nature of the science conducted in the building. 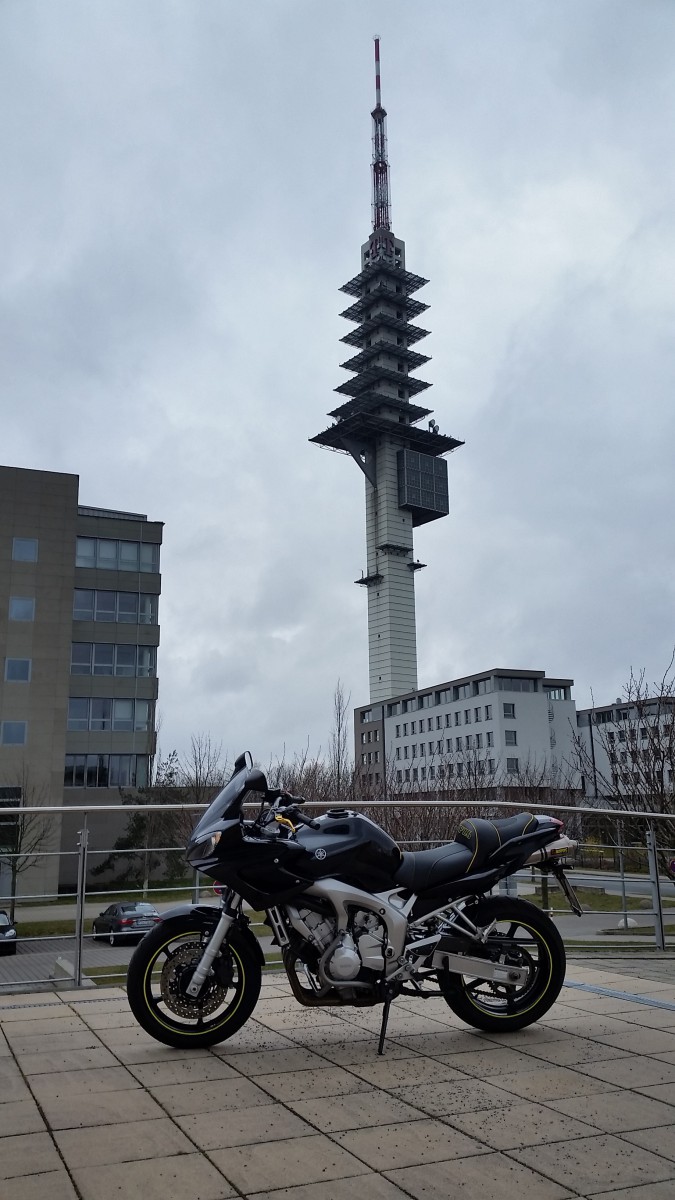 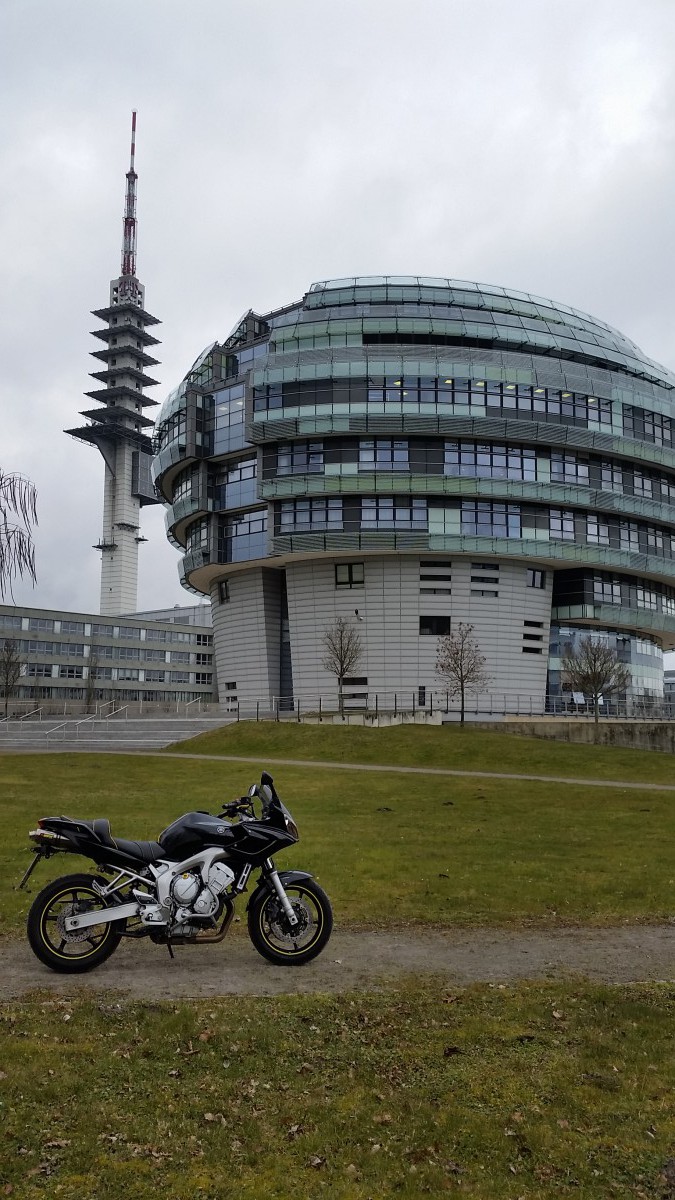 The test images from the location scouting trip came out fine, and I decided to conduct a “real” photo session. The sky on that particular evening was clear, so I could expect a truly magic magic hour.

To say it up front – the shoot produced two images which I am willing to present here, so from that point it was a success. Here is the first image, shot before the building. The tower in the background is the “Telemax” in Hanover, a TV broadcasting tower.

The image was taken with a 14-24mm lens at 24mm and f/8. I made an 8 s exposure and fired a handheld flash two or three times. Due to the wide-angled shot the tower in the back was leaning to the right, so I had to correct that in post with PhotoShop. Shooting with another lens (higher focal length) would have been more intelligent by the way.

Same story here: 24 mm, 8 s exposure, f/14 (it was shot earlier, thus there was more residual light), handheld flash fired to illuminate the bike. PhotoShopping the proportions and the leaning tower again. Here is another image from the shoot.

Bottom line: Location scouting saves time during the shoot. Stick to the plan once you have one. I deviated from it by using another focal length, which impacted the framing. Thus precious time was lost (magic hour is only 30-45 min !) and I got under stress. A totally aviodable mistake was, that the battery of both the camera and the flash went dead during the shoot, it hurts that I made such a noob mistake.

But after some fiddling in PhotoShop I am satisfied with the results. Let’s hope I can arrange some other bikes to photograph in the future, don’t want to stress my reader’s patience with always showing my Yamaha.