In preparation for an offroad-photoshoot I went to the old Continental factory in the northwest of Hanover. The property is huge and was location of a factory complex until it was abandoned in 1999. Since then most of the buildings have been demolished with just the main factory building and an old water tower remaining. The rest of the area is a flat, barren field with sand and gravel. This 360° panorama should give you a good impression.

The ruin is an El Dorado for photographers and a perfect stage for an offroad-shooting I’ve had in my head for quite a while now. To test the terrain and get some test shots I drove to the location and carefully maneuvred my bike onto the sand. Keep in mind my FZ6 Fazer is not built for driving offroad, so I was not sure what to expect.

Driving on the sand (it is mostly compressed sand) was not a problem for the FZ6. There were patches of loose sand, but with some momentum they could be passed. I set up the camera on a tripod and connected it with Yongnuo wireless triggers. These are wireless flash triggers, but they can also work as a remote camera trigger. One trigger was connected to the camera, the other one taped to the left handlebar as I have previously done during the bike-to-bike shoot. 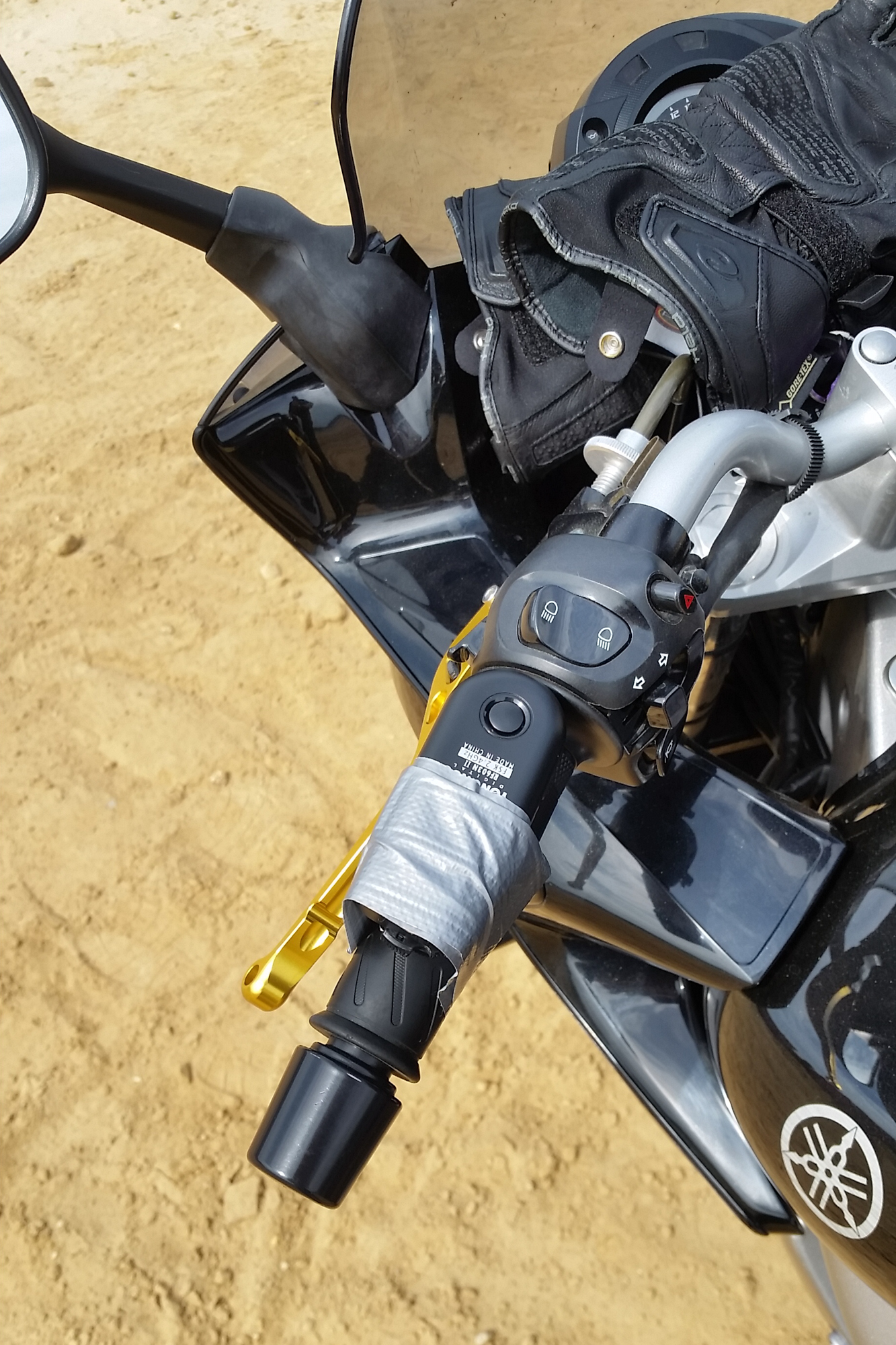 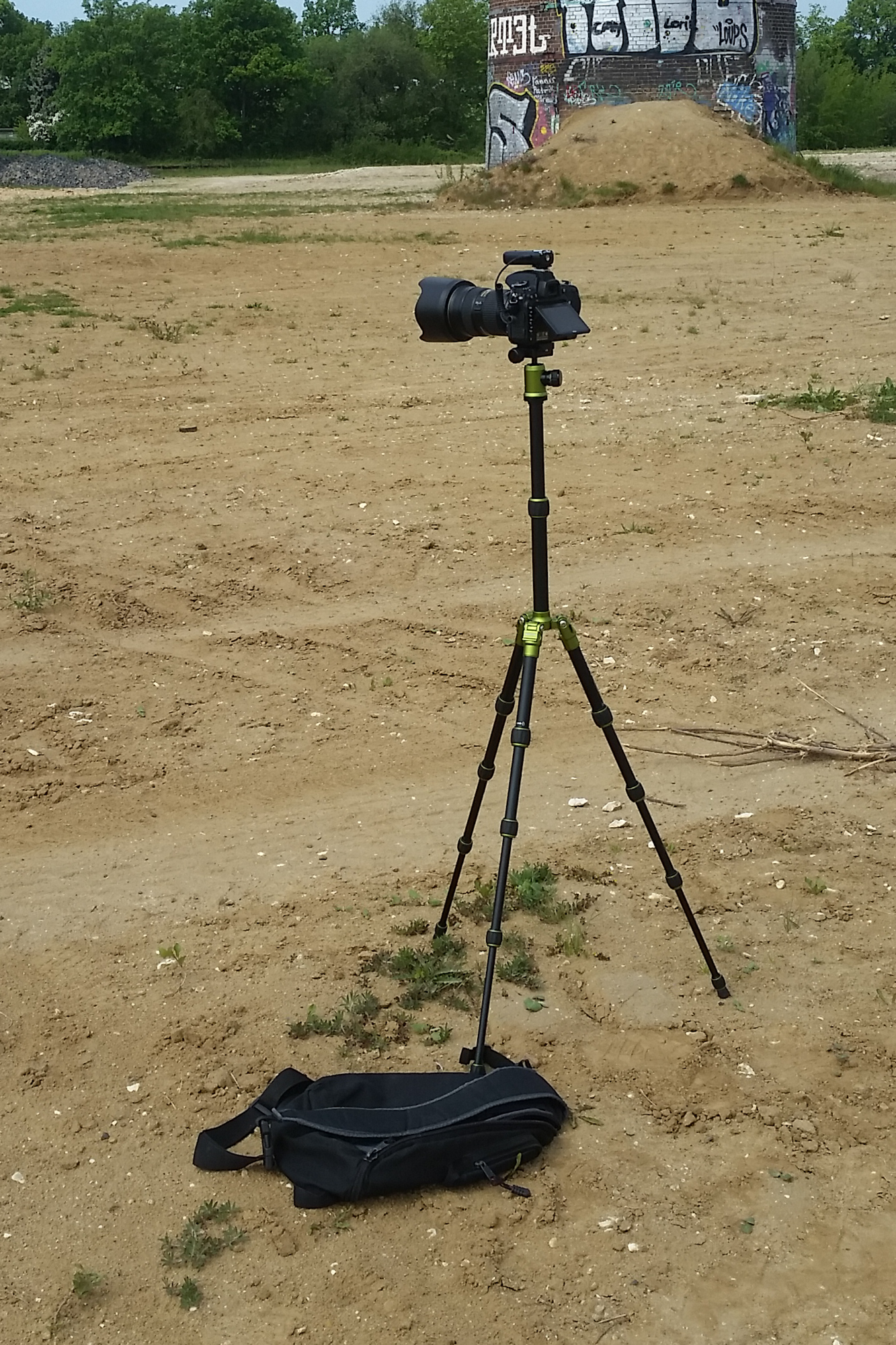 The camera was set to burst mode (“Ch” on Nikons for “Continuous high”) and off we went. I drove by the camera multiple times, continuously pressing the shutter button. I got hell of a reject rate as this method is basically spray ‘n’ pray.

To add a little drama I opened the throttle fully when passing the camera. The engine fired up and the full 100 hp dug into the ground, catapulting the sand away. Ok, it’s not a man-high eruption of dust and rocks, but not bad for a road bike I’d say.

I found that black and white edits work better for some images, so I created mixed shots.