It was an uneven pair that started from Hanover. Me on my Yamaha FZ6 Fazer, my friend Dominik on his Moto Morini Granpasso 1200. Not only in terms of cc, but also in terms of riding experience. Dominik has 20+ years of riding and a dozen of such bike trips on his record, for me it was the second year as a rider and the second bigger trip. Could this work out ? (Spoiler alert: Yes, it did).

We embarked the ferry to Newcastle in Amsterdam along with estimated 50+ other bikes. It leaves in the afternoon at 5 pm, arriving in Newcastle at 09:30 am. You’ll have to book a cabin for the passage.

Just a few days before we started our trip the United Kingdom had voted on whether or not to leave the European Union (Brexit) and since the people voted to leave the pound had dropped dramatically from approx. 1,50 € per pound to 1,20 €. That’s not good for the British economy (the whole Brexit thing wasn’t good for anybody IMHO), but it saved us a lot of money on the trip.

Once we arrived and rolled off the ship there was a quick passport check, the customs officers only controlled cars and buses. Driving on the left side of the road was easier than expected. During the while trip there were only two or three situations in which I started on the wrong side of the road. What took some time to get accustomed to is the order of checking for oncoming traffic when taking a turn. It helps to have an arrow pointing to the left taped somewhere in sight. I chose to make one with duct tape on top of my fuel tank backpack.

We headed north to Edinburgh and soon left the urban landscape behind us. The typical English landscape greeted us with its wide green fields and the hedges-lined streets.

Soon the two lane roads were replaced by single track roads and, coming closer to Edinburgh, the landscape got a little scarcer and started to feel Scottish.

We stayed in Edinburgh the first night and set up camp in a hostel with an eight-bunk bedroom. The bunks are in little cells with approx. 60x60x200 cm space. Each cell is equipped with a small shelf, light, power plugs and USB plugs (!). Privacy is ensured since you have an isolated cell. One of the guys next to us took this too lightly and I had the “pleasant” experience of waking up at 01:30 am because he was jacking off. Wonderful.

These are some impressions from Edinburgh (New Town): 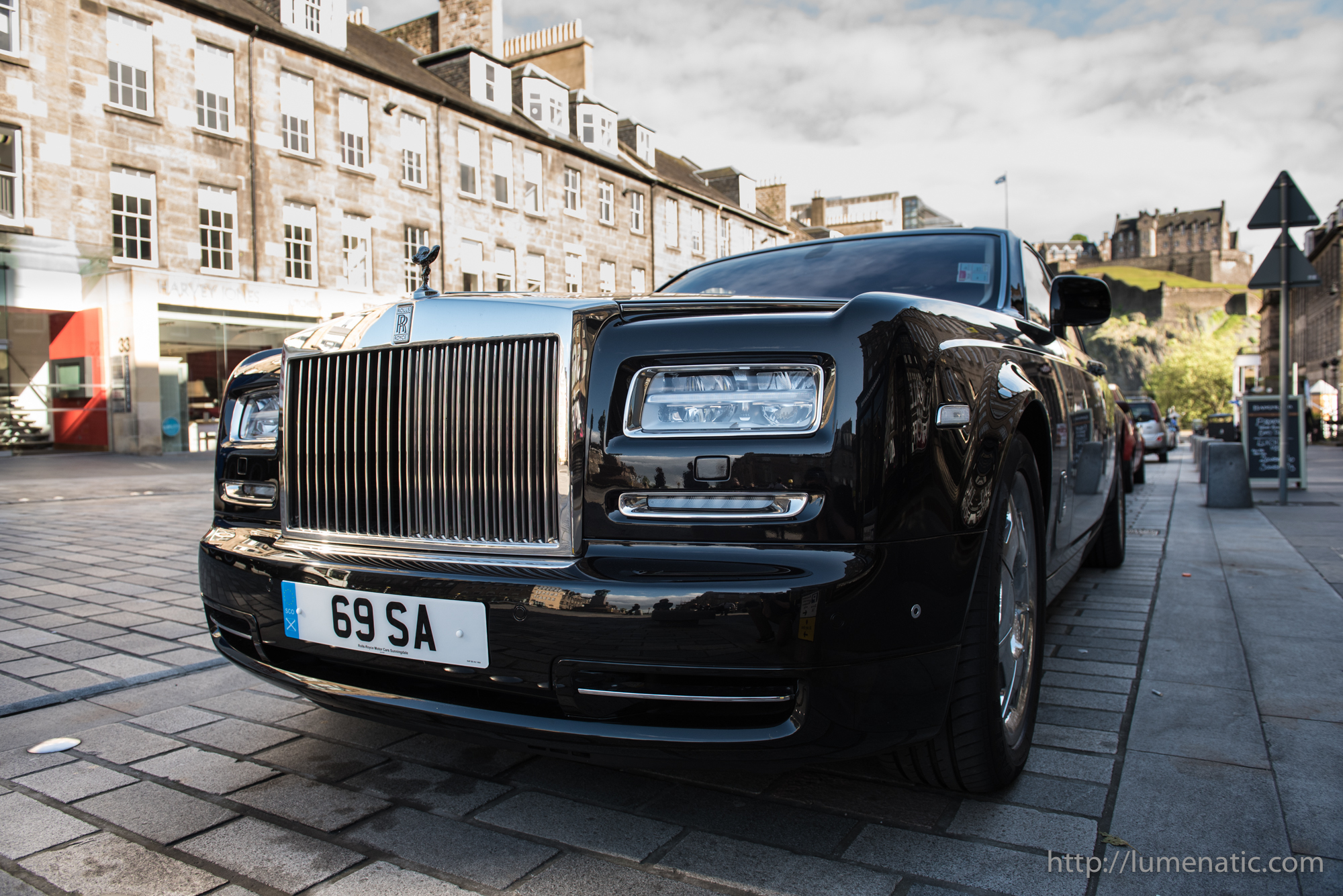 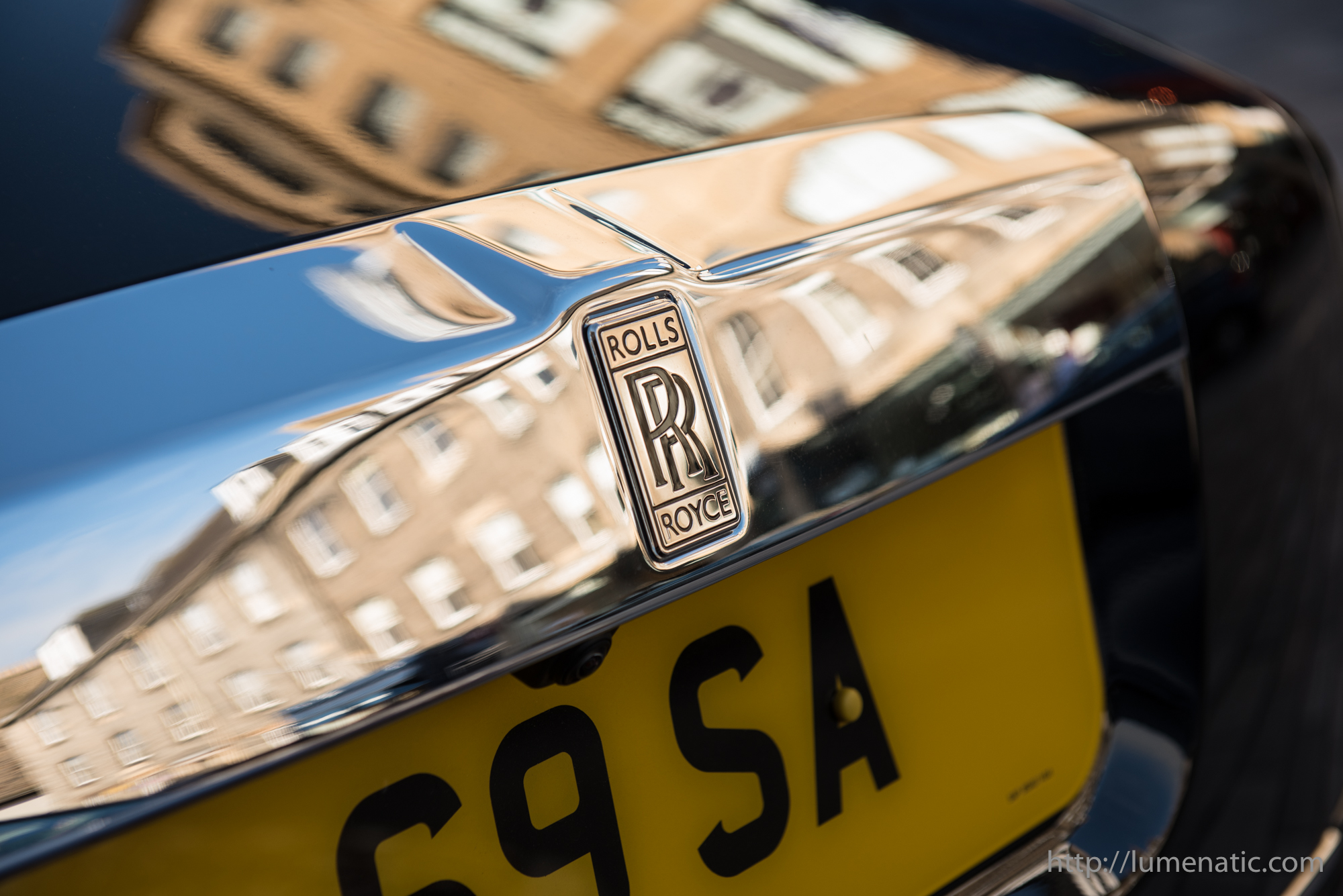 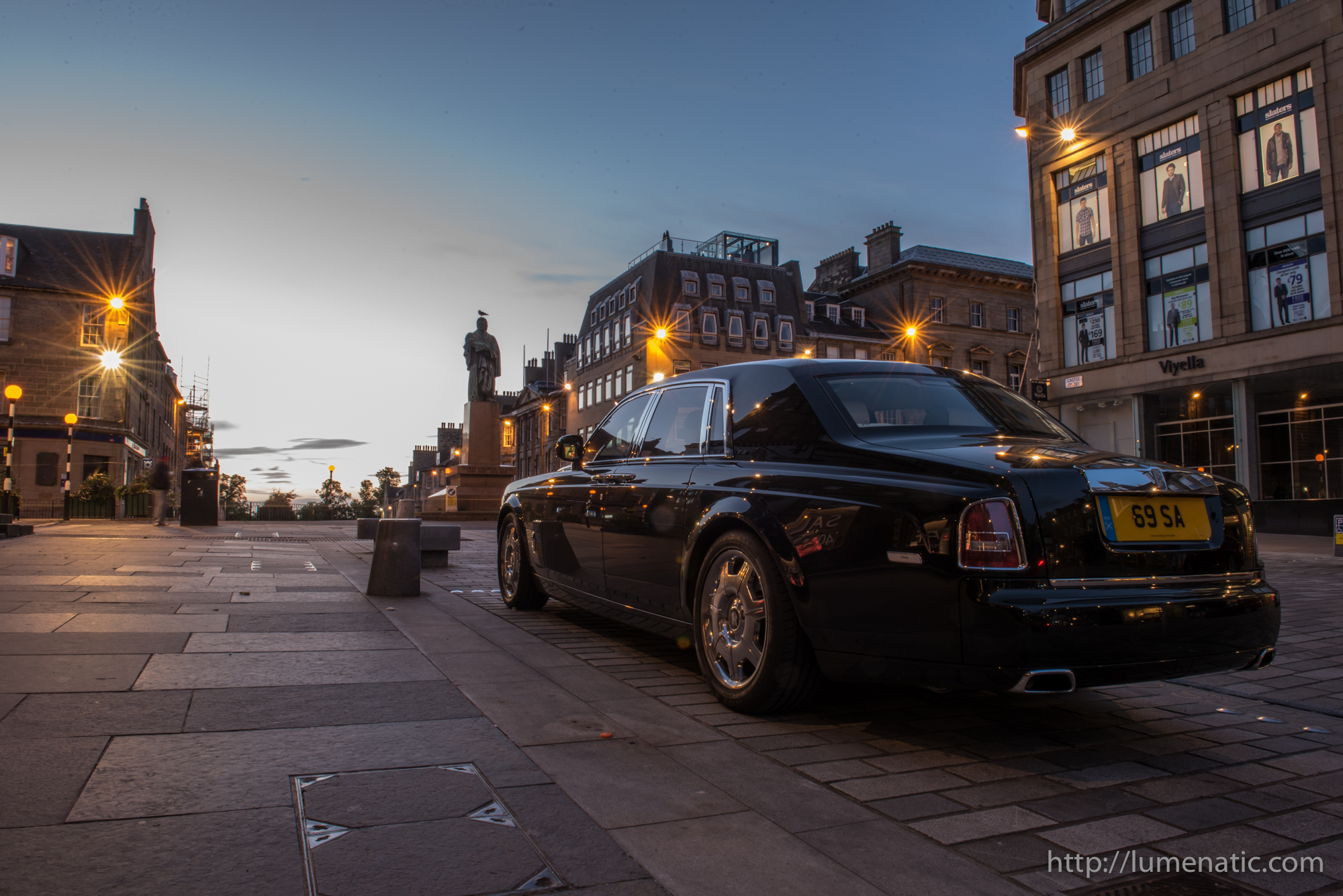 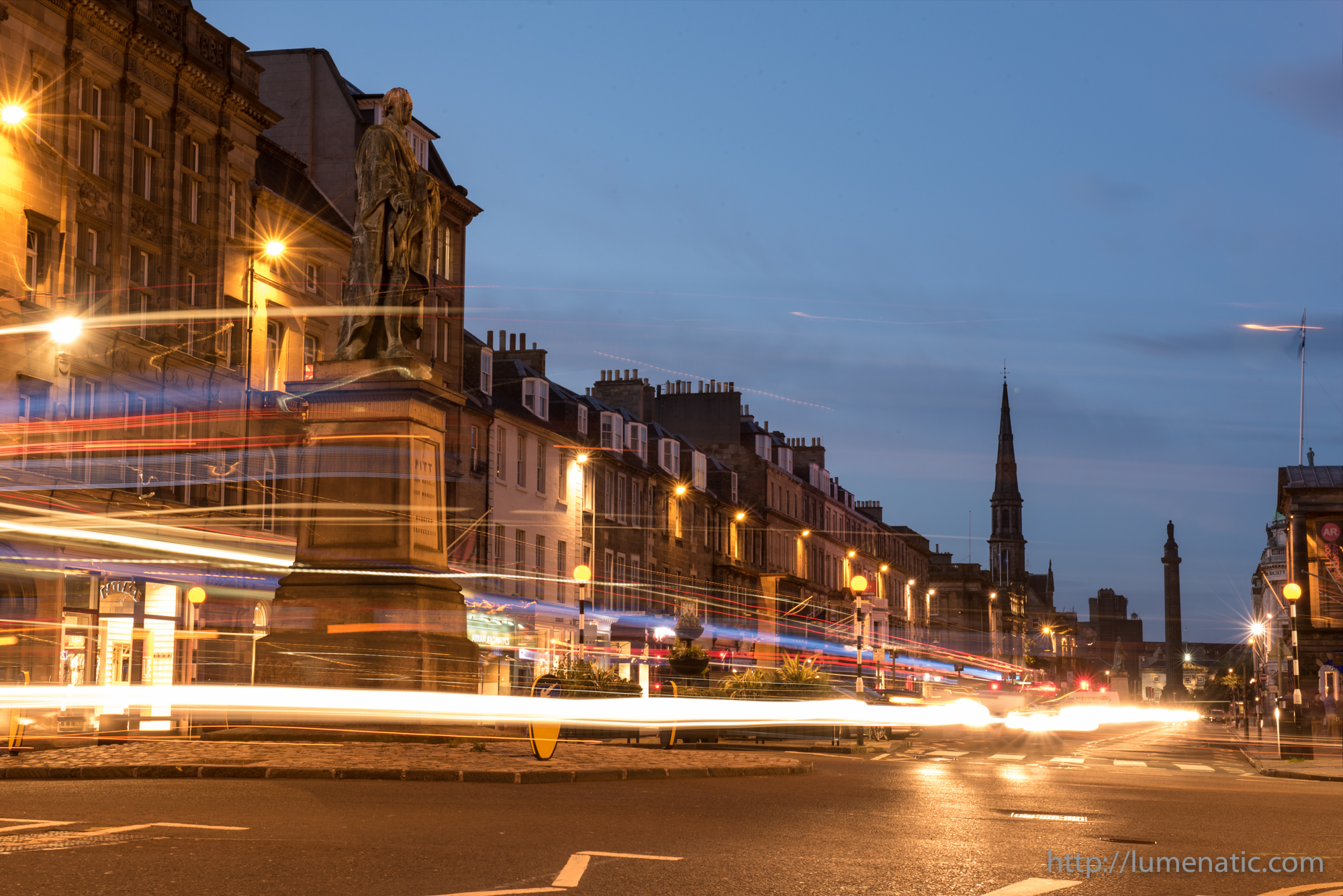 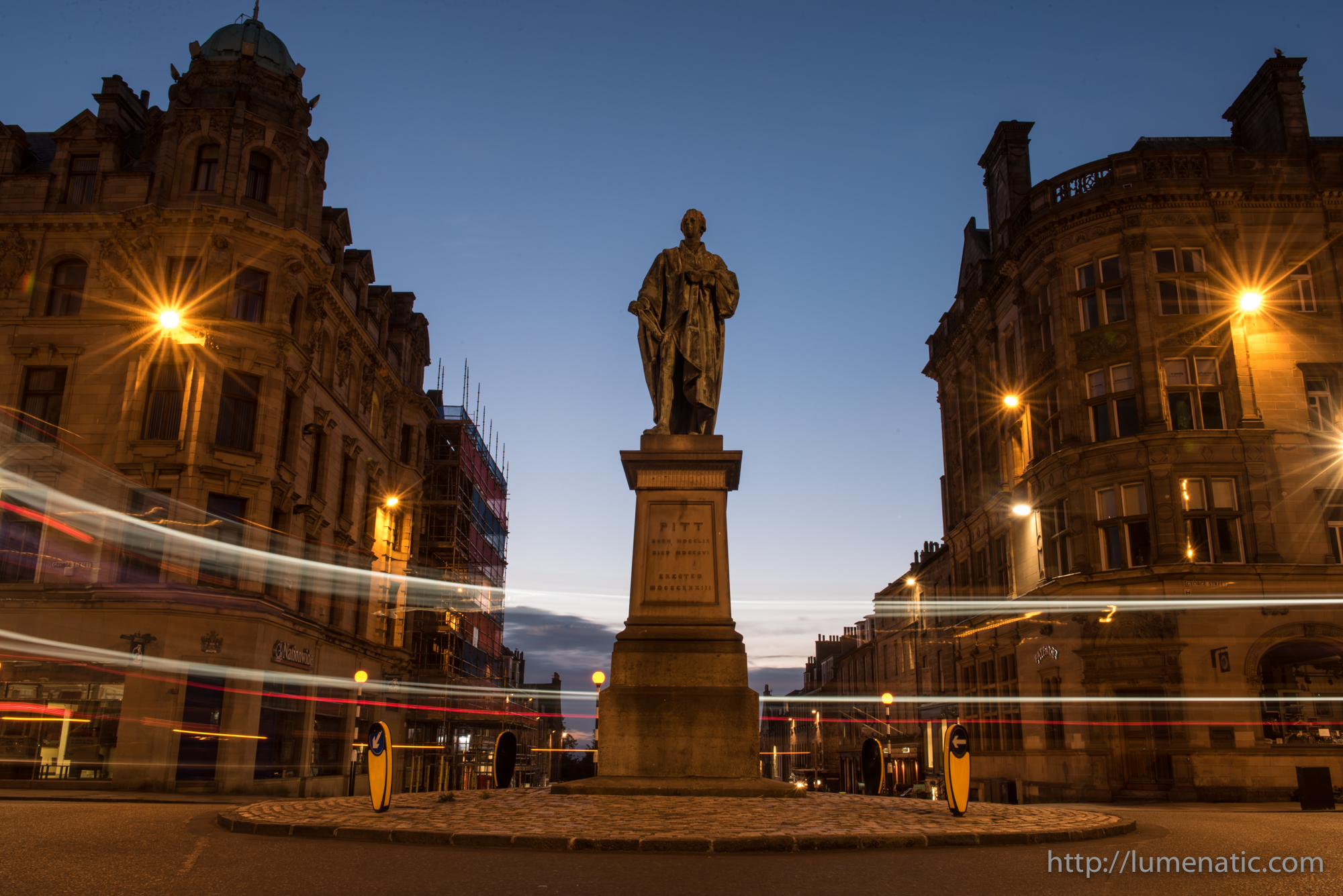 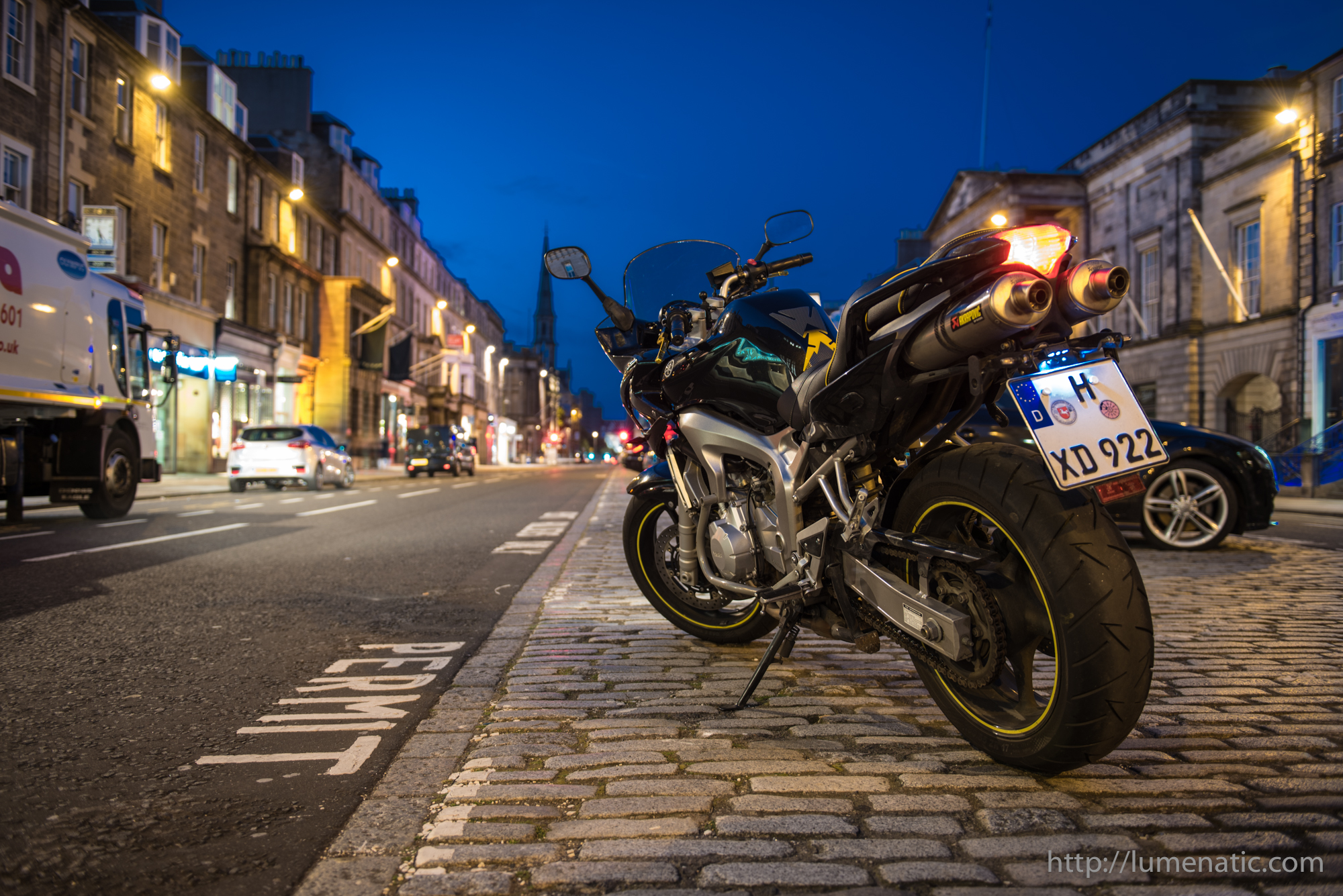 I have to state that I am absolutely delighted about the parking policy. According to a law motorcycles can park for free of charge across town. There are special parking areas designated for motorcycles along the (not free of charge) car parking spots. But the law goes even further: Underground car parks, be it a public one or belonging to a big company, are obliged to let motorcycles park for free. So you can just roll into an underground car park and have your bike standing in the dry, protected by CCTV cameras. That is so neat…

The next day we set off towards the Northwest. We crossed the beautiful Highlands with breathtaking landscapes and zoomed through numerous Glens, occasionally stopping for taking photos.

We reached Glenfinnan. Here Prince Charles Edward Stuart raised his standard in 1745, which marked the begin of the second Jacobite uprising (note: it was crushed by the English). The place were the standard was raised for the first time is now marked by a monument, which was erected in 1815. You can see it near the shoreline in the image below.

We set up camp at the Glenfinnan House, a cozy and authentic Scottish building from 1755. We got a double room for 140 GBP per night including breakfast. That’s a fair price considering the special atmosphere of the place: 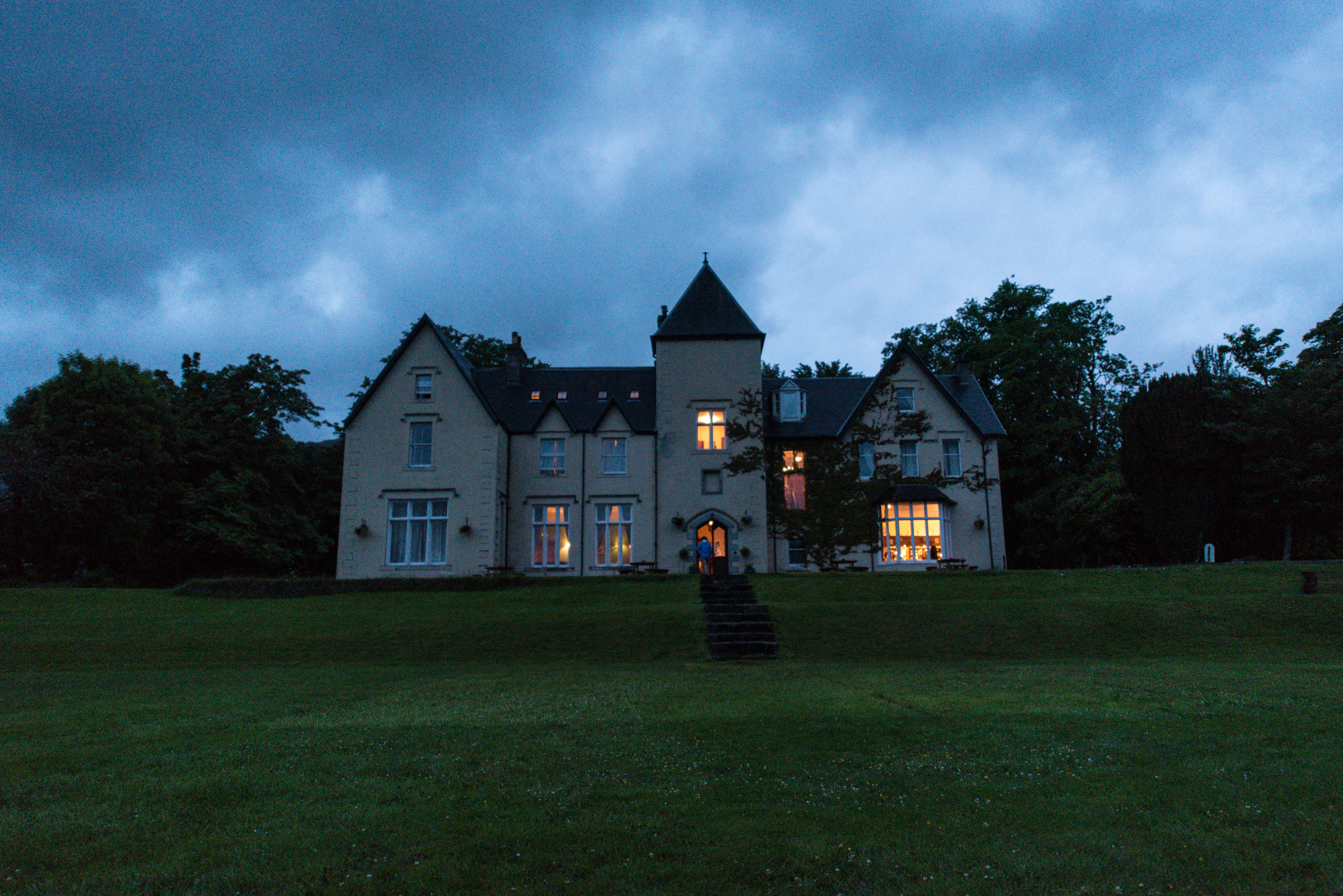 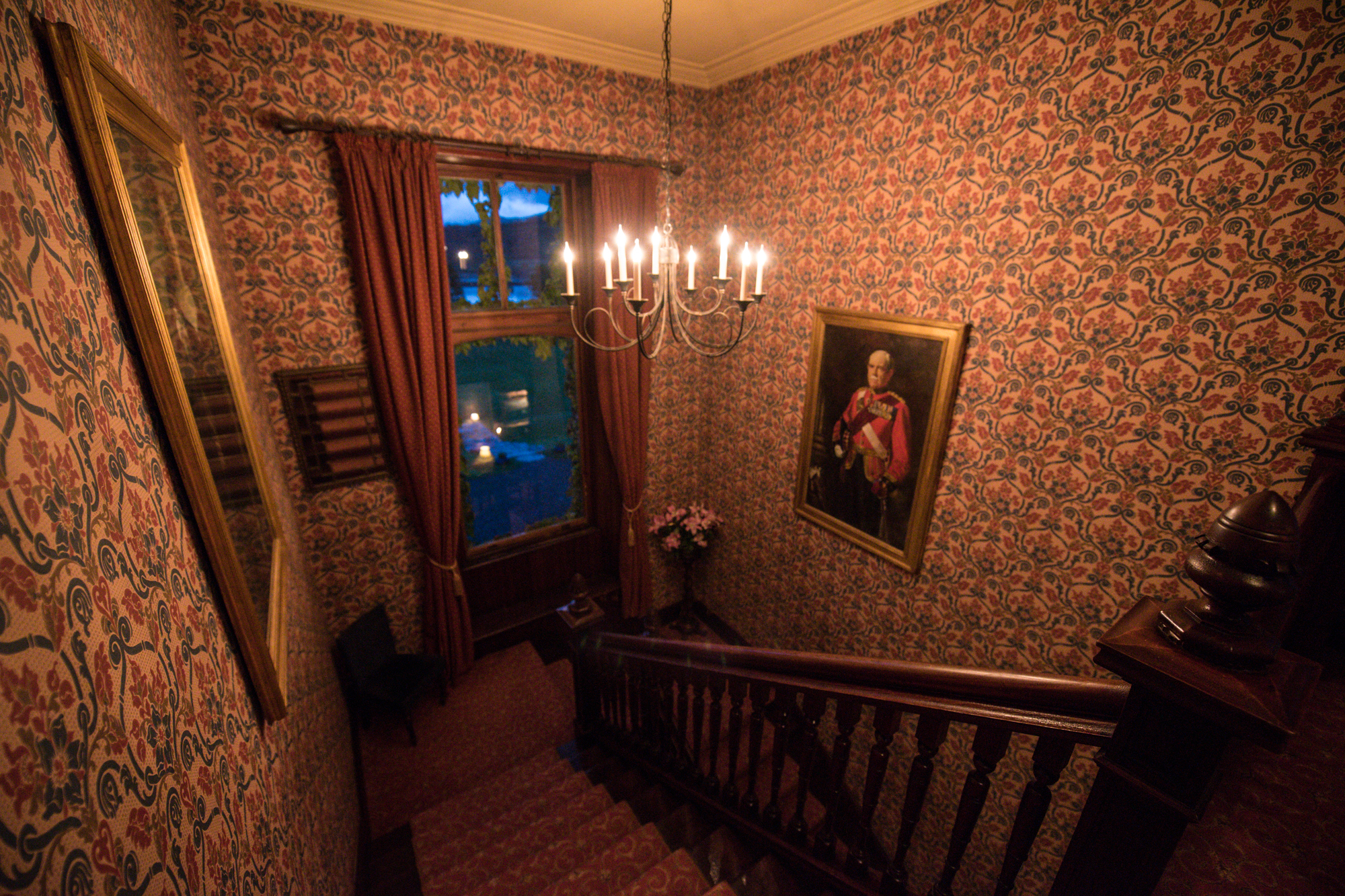 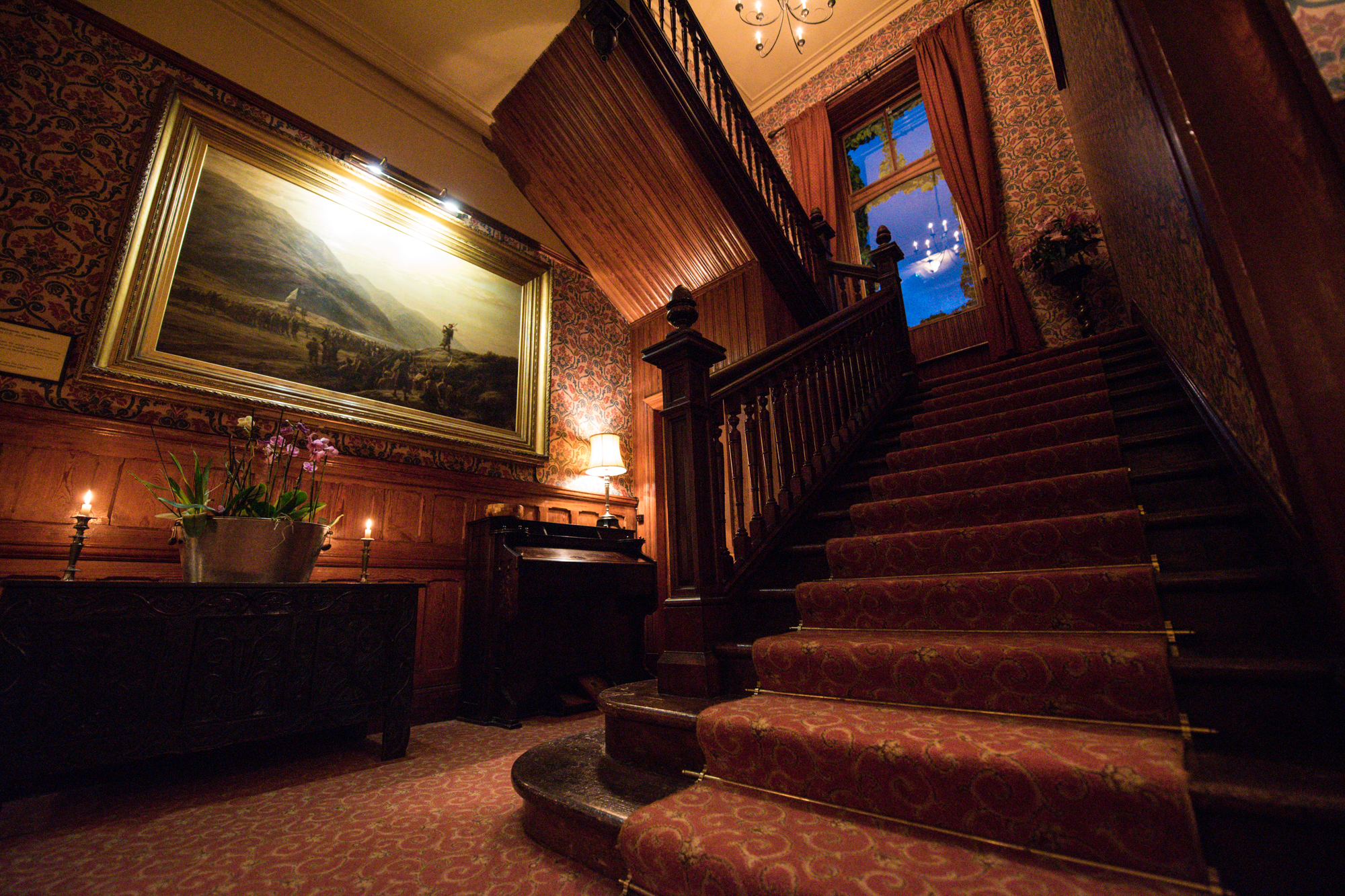 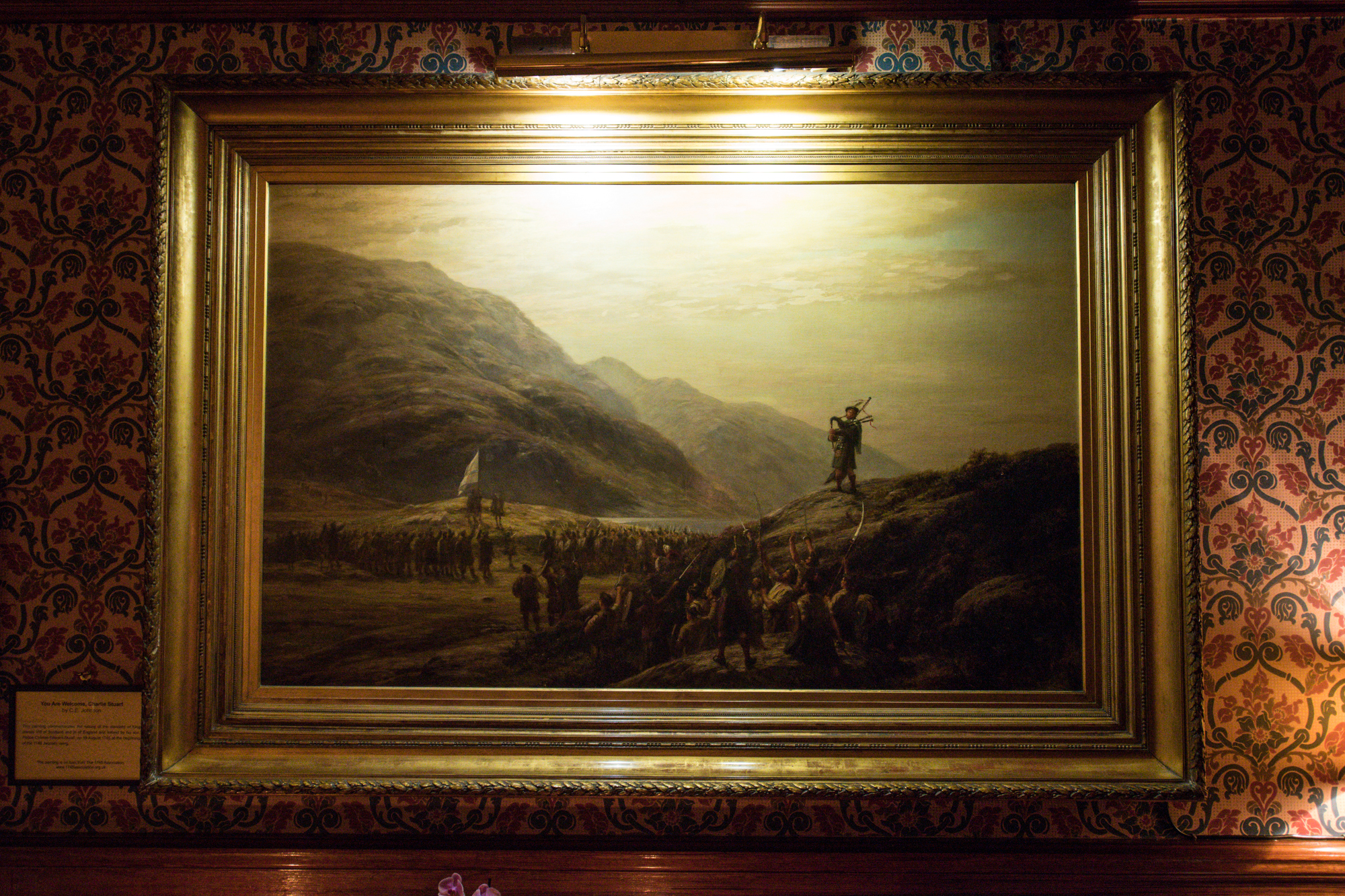 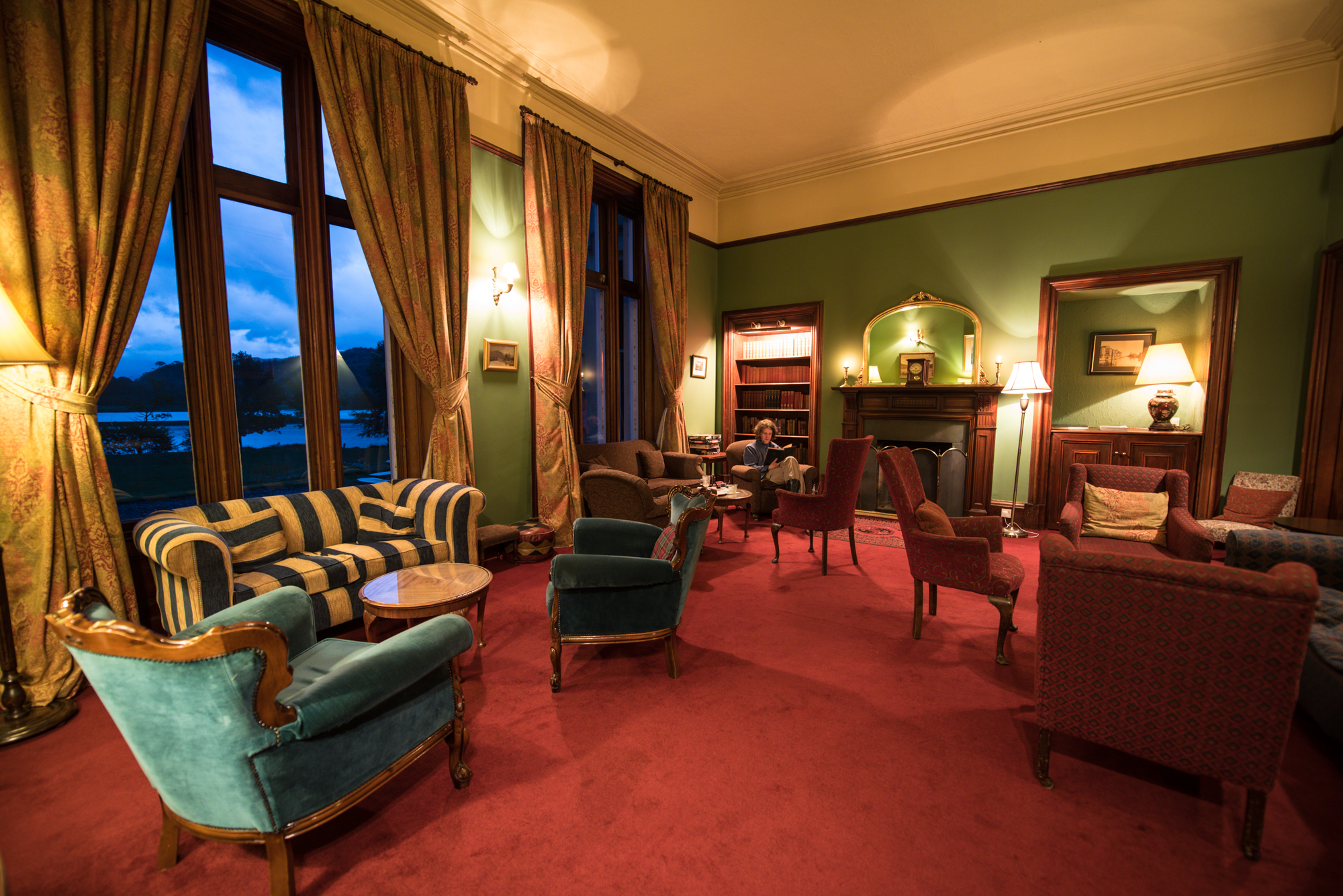 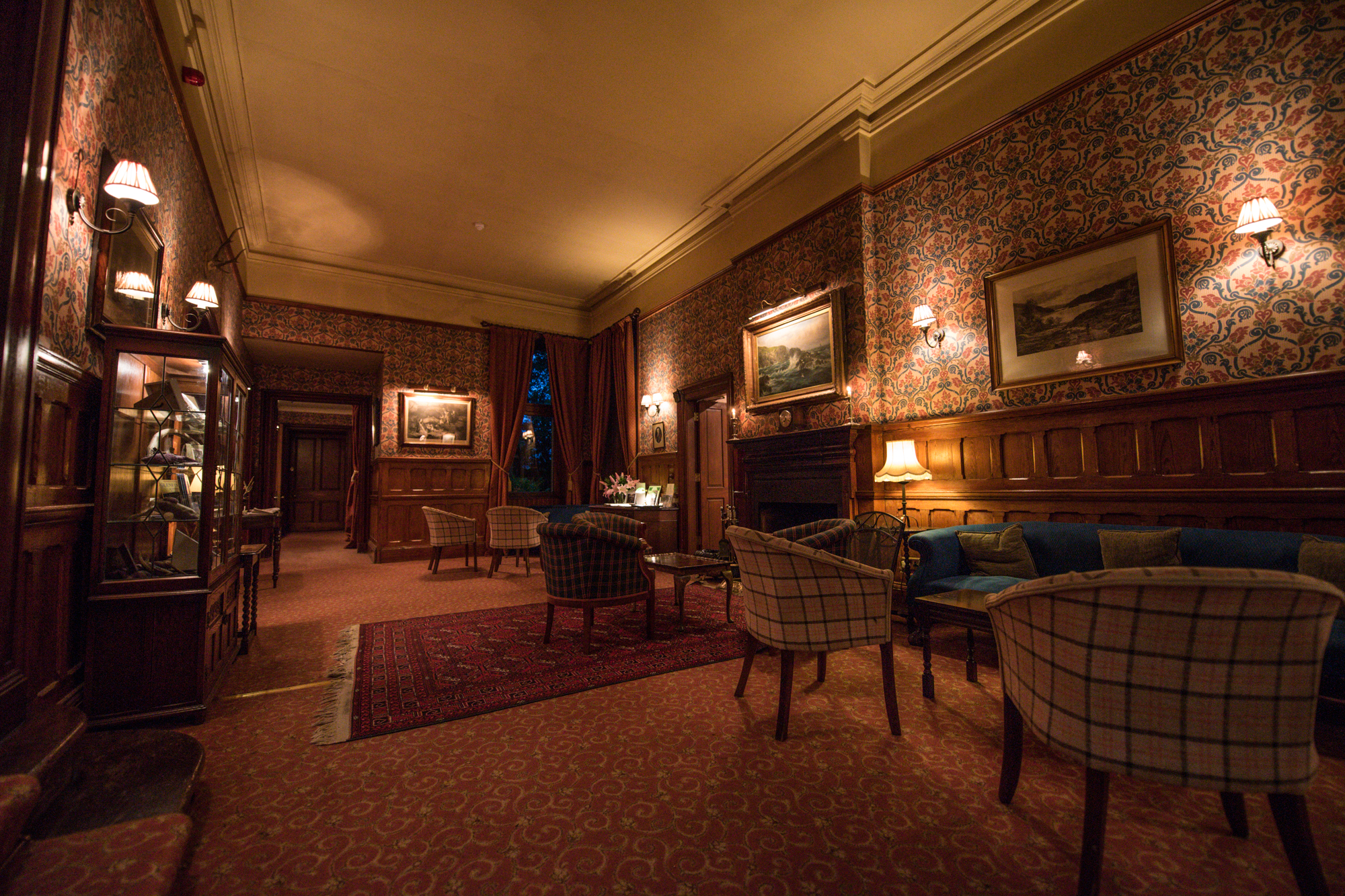 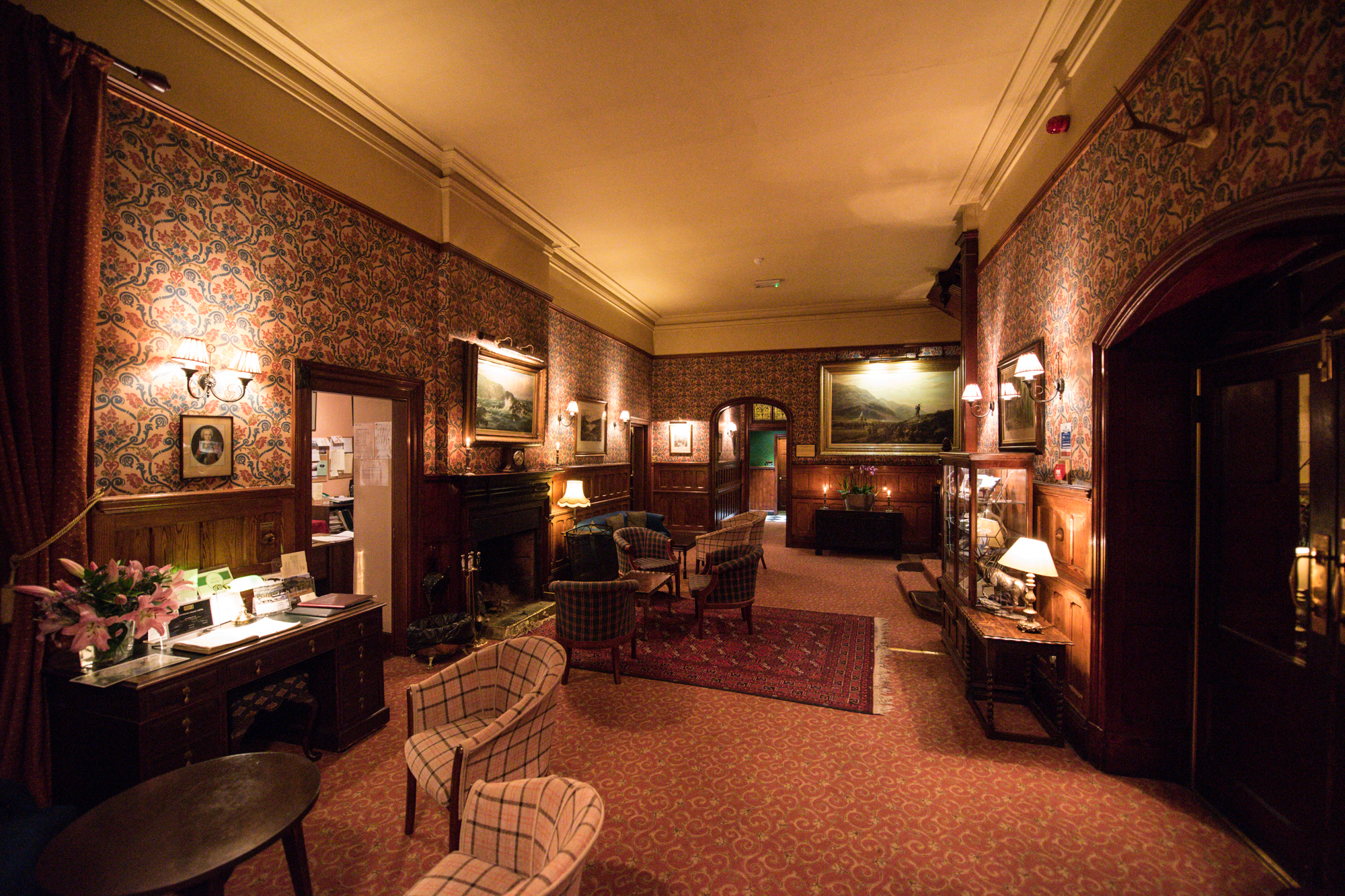 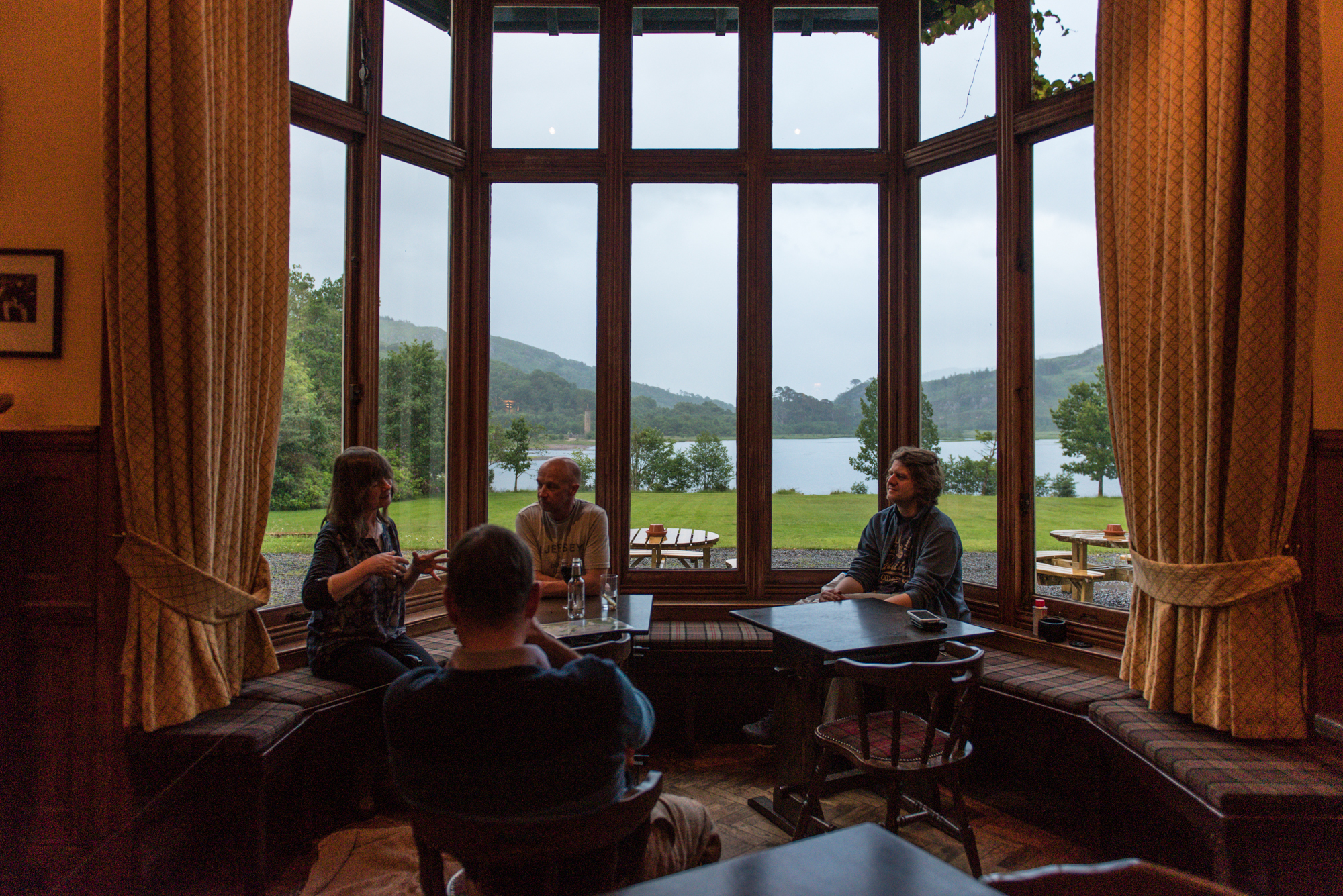 We parked the bikes and  took a hike to the nearby Glenfinnan viaduct, a famous railroad bridge, grossing the glen in a wide arch.

The viaduct makes an appearance in the Harry Potter movies, as the Hogwarts Express is running from track 9 3/4 to Hogwarts. The train they used for the film is Old Jacobite, a steam train still in operation, which serves as a tourist attraction.

The path to the viaduct is freely accessible, and a coarse hiking path winds up the hill to give you a glorious view over the valley. Now the curvature of the viaduct is beautifully visible. When we were on top of the hill a maintenance (?) train drove across the bridge, stopping for a minute in the middle (that’s why I assume it is a maintenance train taking measurements or similiar).

On our way back we heard the distinct puffing sound of a steamtrain. I cursed, not having checked the timetable of the Old Jacobite train, grabbed my camera and dropped everything else. I started running back and managed to get some images of the steam train across the viaduct:

We crashed at the bar of the Glenfinnan house, where we met Alistair, who is looking after the land in Glenfinnan. Alistair will also oversee the Highland Games, which will be held in Glenfinnan in the summer. Alistair explained to us the technique of tossing the caber and throwing the hammer. He is an impressive character and the embodiment of a Scotsman: Tall, huge hands, healthy red cheeks, wearing wide trousers and marching through the rain without an umbrella or anything as if nothing was pouring down from the sky. 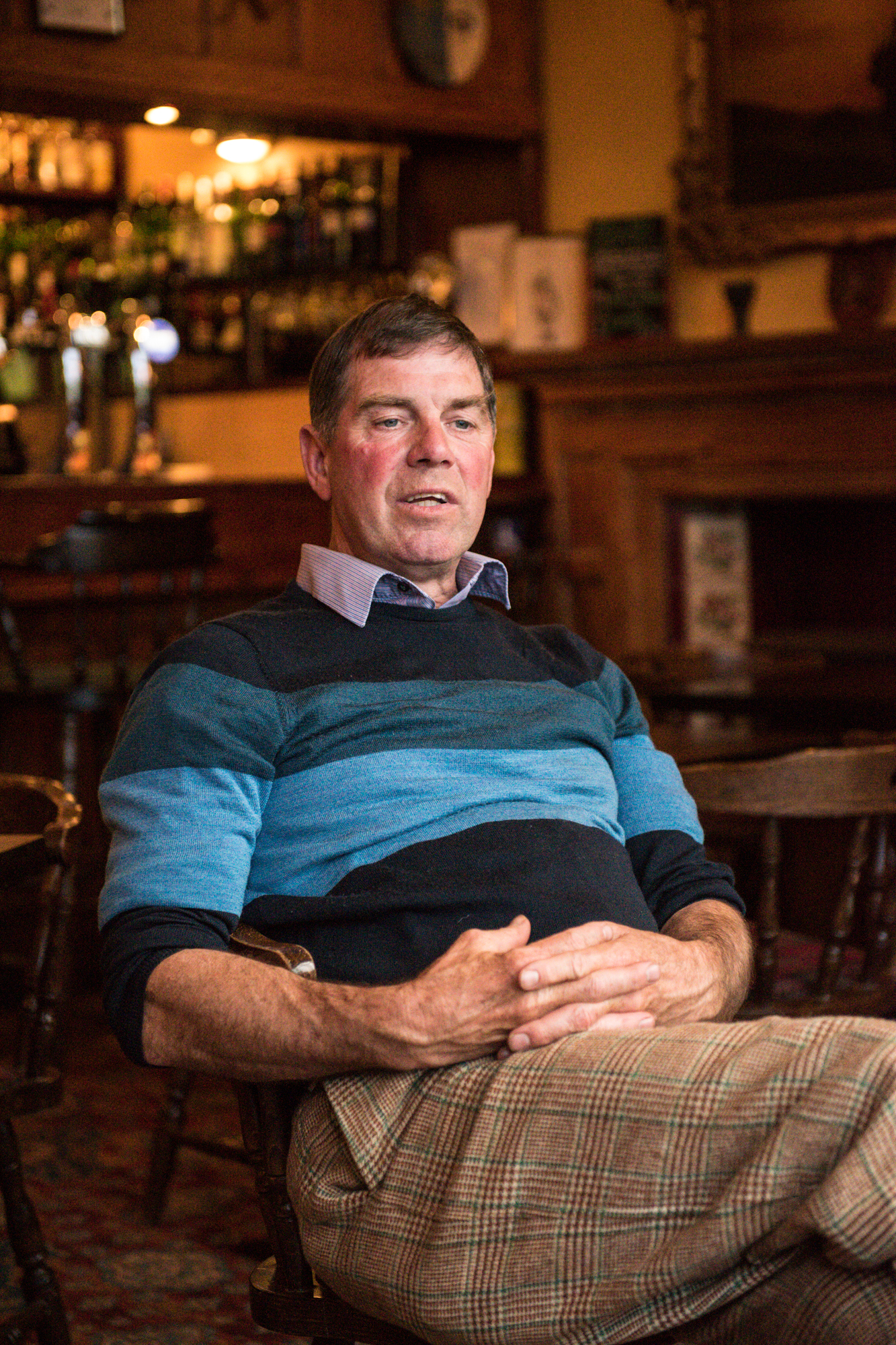 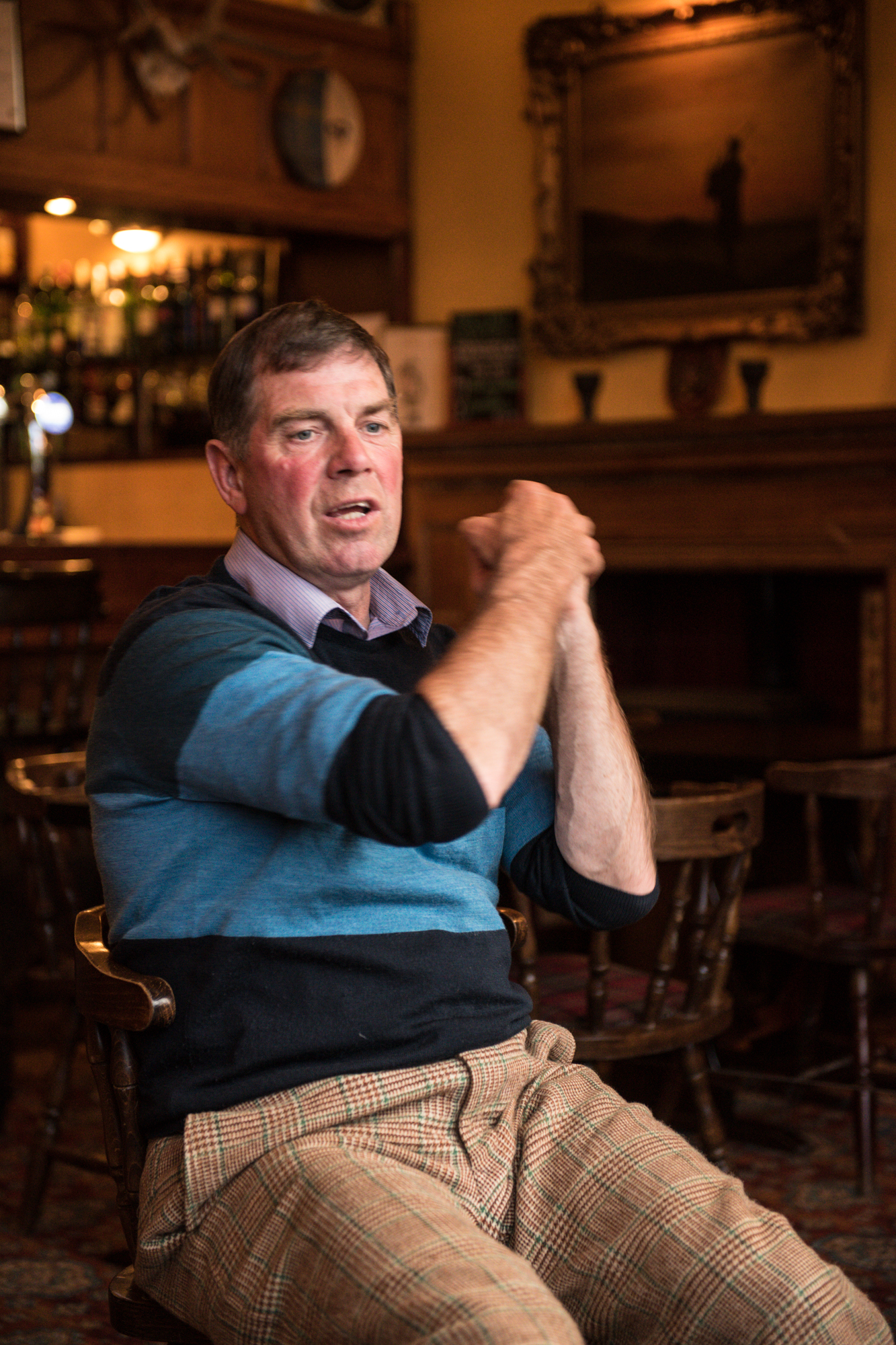 We also met Lynn and Rudy, a Scottish couple from the east. Rudy works offshore in the pipeline industry, Lynn is a museum designer. But she shared another exciting episode from her life with us. Lynn worked on the original Highlander movie with Sean Connery and Christopher Lambert. She did not have an active role on screen, but was the stand-in actress for Beaty Edney, who played the highlander’s wife Heather. A stand-in actor is present during the preparation of a scene, where the cameras are tested and other checks are performed. But she also made an appearance on screen: In the scene where Connor (the Highlander) carries the dead Heather up a hill towards her burial, Lynn was the one being carried by Christopher Lambert. She told us the scene was hard for her, albeit the fact that she had to play a dead body. Since Christopher Lambert was such a handsome young man at the time, she was giggling all the time while he carried her. After a splendid evening we sank into our beds of a good night’s sleep.

I’ll close this post with an image of Loch Shiel and the Glenfinnan monument in the background. I only stayed there for a few minutes, since the midges (tiny insects which come by the thousands at lakes in Scotland) were eating me alive.