Touring Scotland: The Isle of Skye

After leaving Glenfinnan we packed our bikes again and left for Mallaig to catch the ferry to Armadale on the Isle of Skye. Btw, packing the bike before and after looks like this: 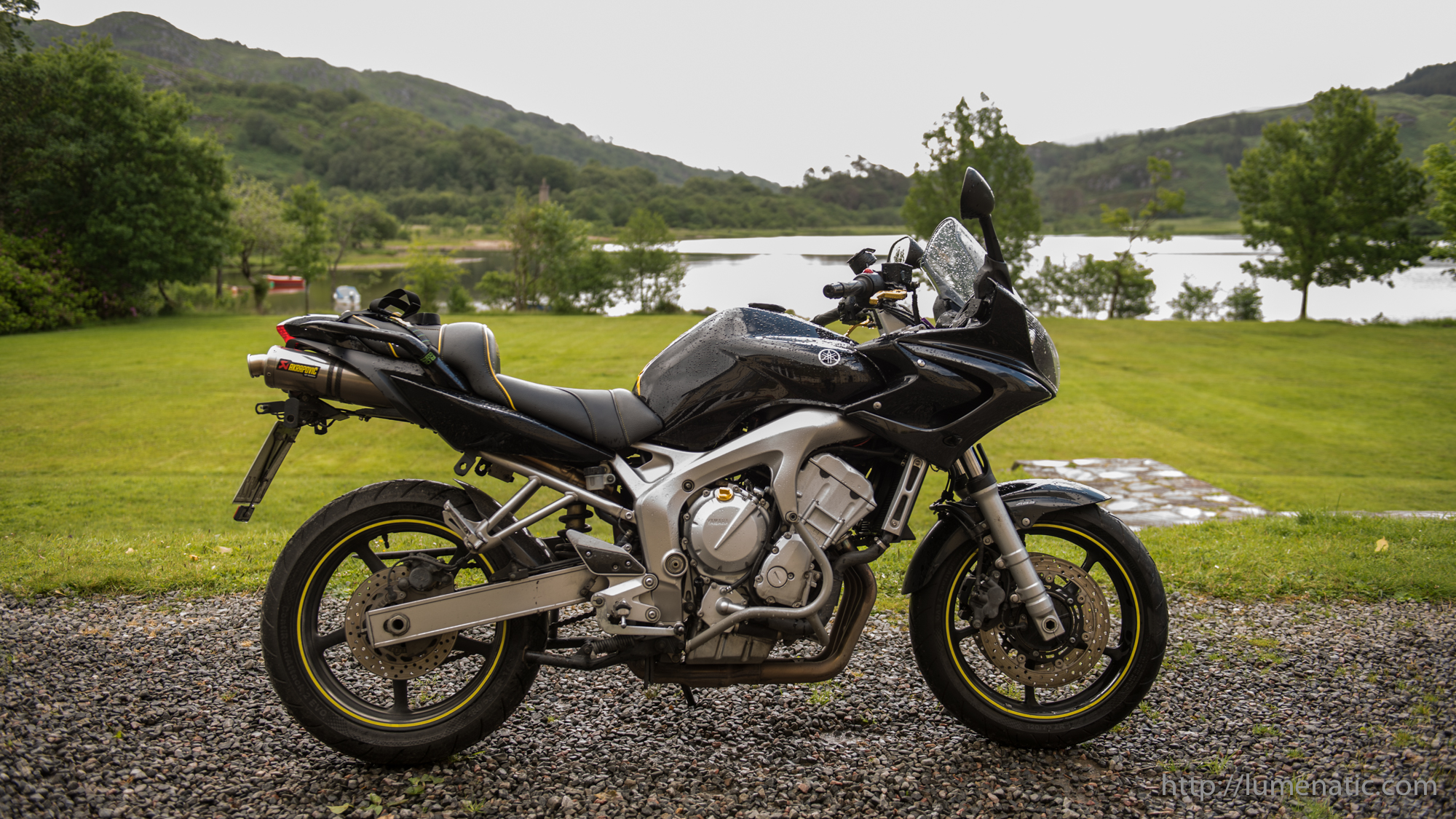 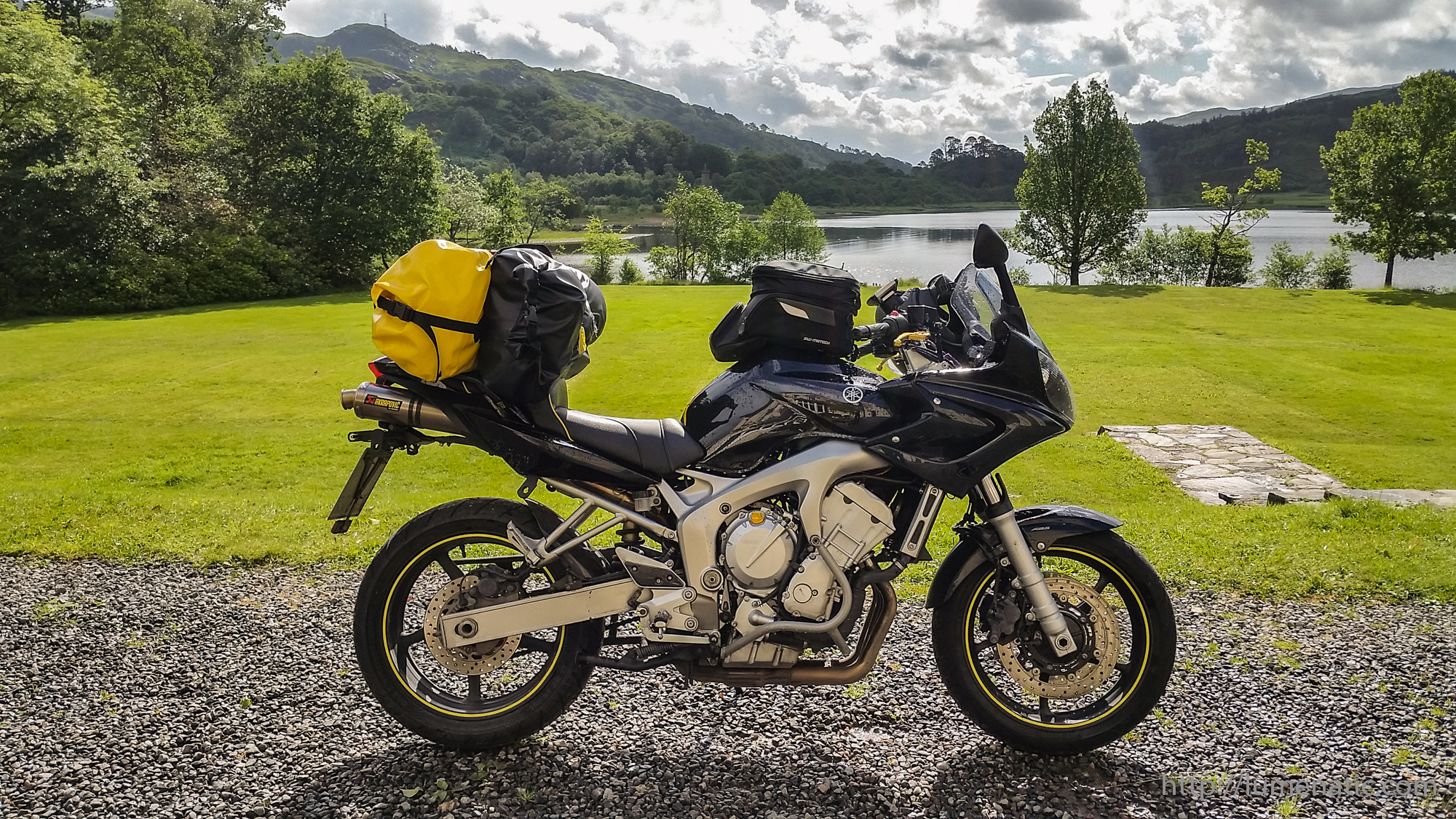 Off we drove. On the road to Mallaig we encountered beaches with white sand which could be located in the Carribean.

In Mallaig we boarded the ferry to the Isle of Skye. 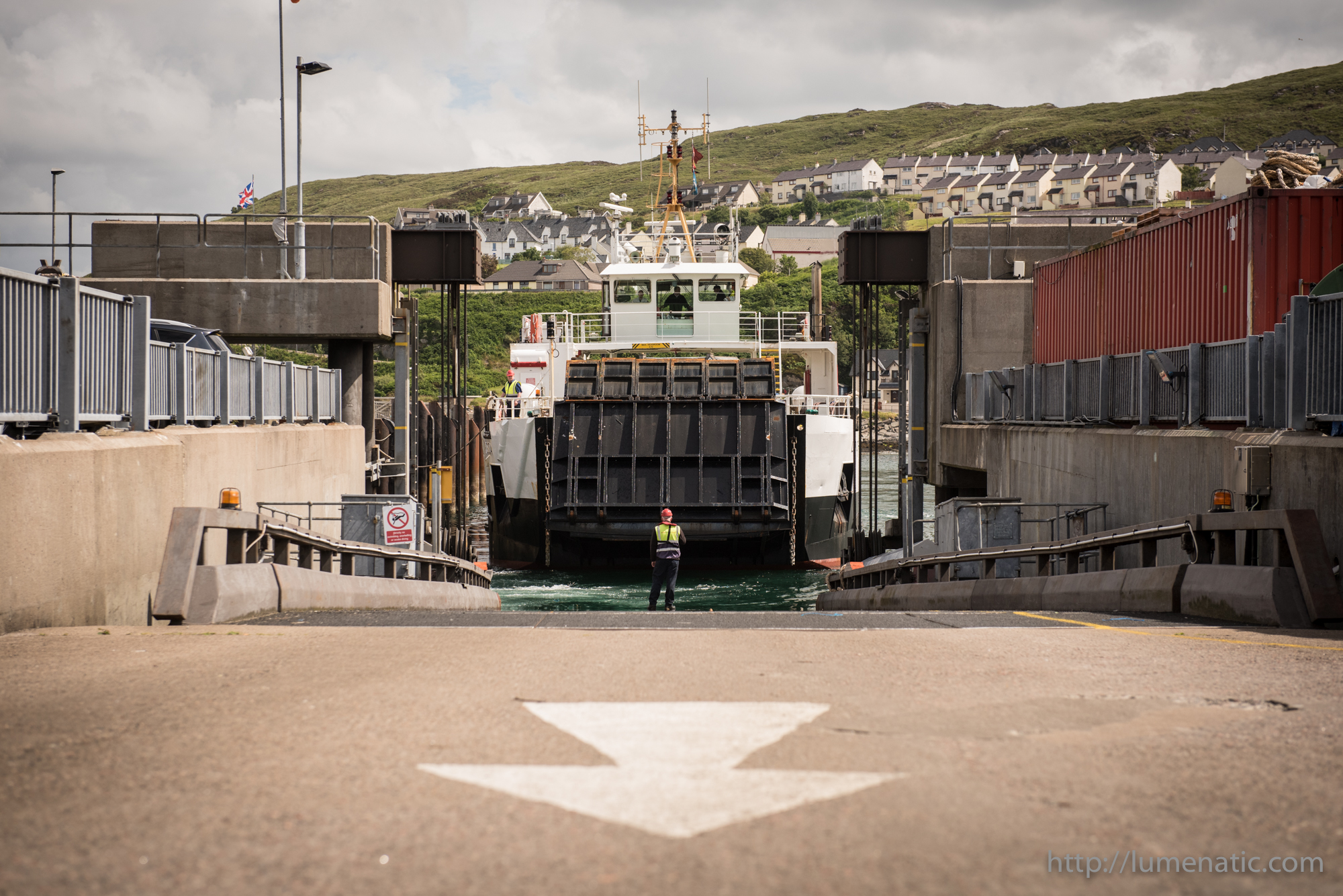 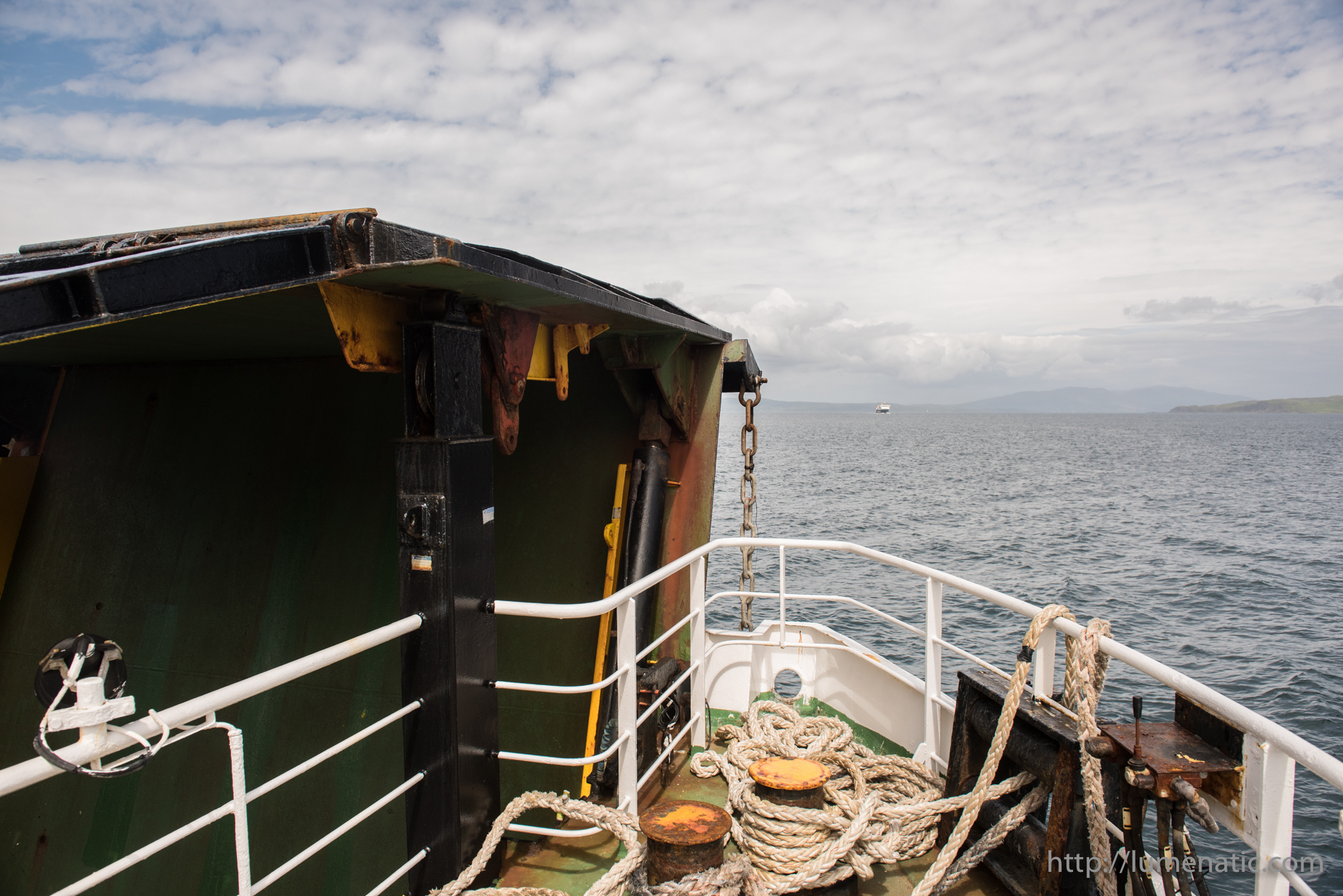 We stopped for lunch in Ornsay to have a delicious meal at the waterfront. The waitress spoke German, as she emigrated to Scotland a year ago from Bielefeld (that’s about one hour from Hanover where we live).

At the small pier I manage to get this shot of my bike against the (rarely encountered and only partly) blue sky.

A word on the weather. During the ten days we toured Scotland we had only one day with only a small amount of rain. The rest was cloudy and fizzling at least, but many times we got really wet. The body, arms and legs are usually well protected by our raingear, but over time water seeps into your gloves, boots and down your neck. That made driving not so pleasant over a distance. I found the most annoying aspect to be water on the inside of your visor. Water outside the visor is  annoying at least, but one can wipe it away with the rubber lip most gloves have on the left index finger. But water inside the visor just stays and impedes your view.

Well, back to more pleasant things. We left the Isle of Skye for a short moment to drive over the huge arc of the Skye bridge. Our next goal was Eilean Donan Castle, approx. 15-20 km from the Skye bridge. The castle was blast asunder during the Jacobite rebellion in the 1740s and rebuilt at the beginning of the 20th century by a Scottish officer in the army. The rebuilding took over 20 years (!) and the newly restored castle was completed in 1932.

On the image above Dominik is slightly annoyed by my never-ending photography. But hey, buddy, thanks for your patience and modeling !

We returned to the Isle of Skye, driving again over the Skye bridge. We crossed Skye towards Uig at the Northern tip.

Theoretically that would have ended the day, I was pretty tired from all that driving. But Dominik convinced me to make another tour in the evening. And once again the old saying “only regret what you have done instead of what you have not done”. We had wonderful evening light and circled the northern tip of Skye in a magical atmosphere.

And look at that panoramic view. I’ll let the images speak for themselves: 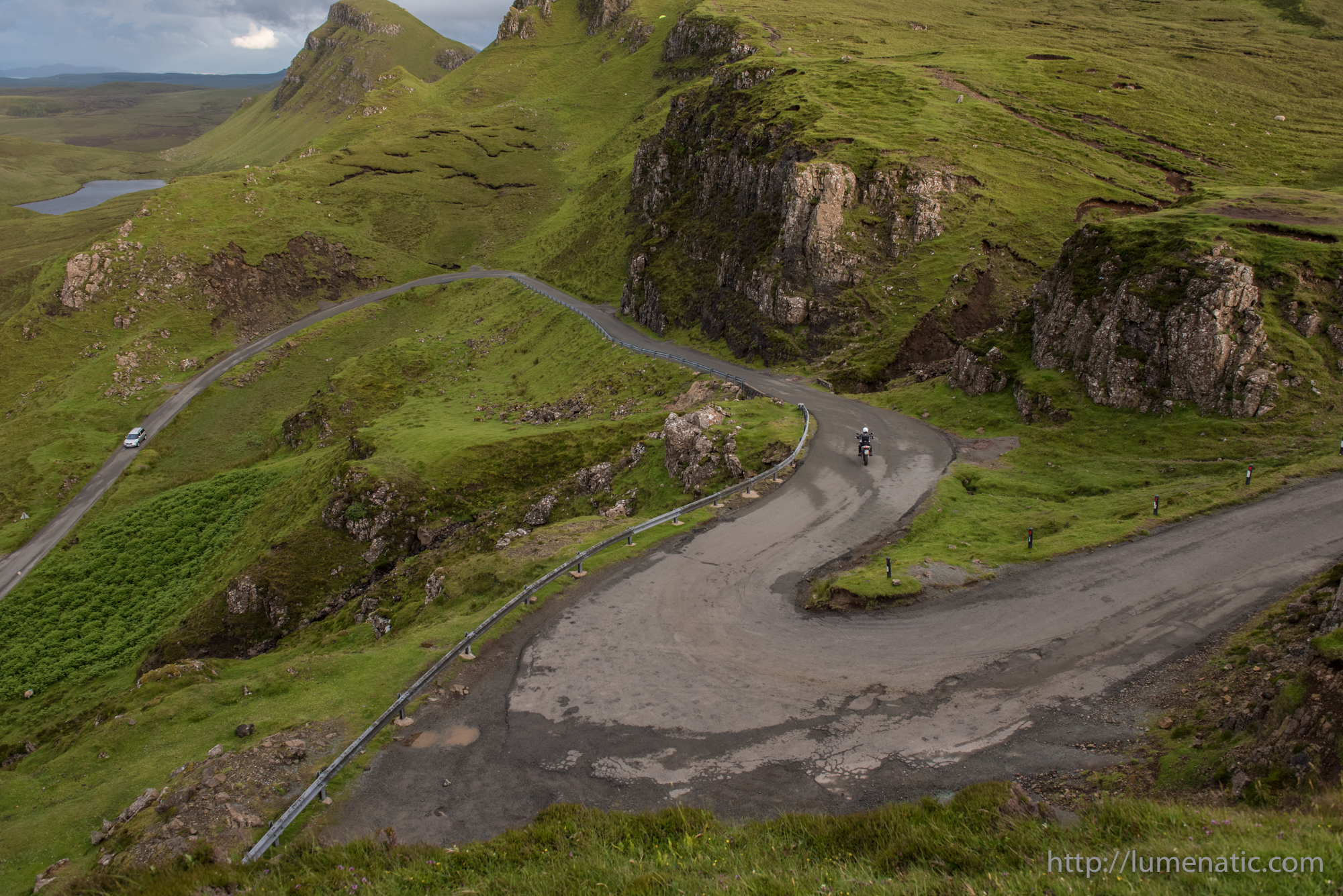 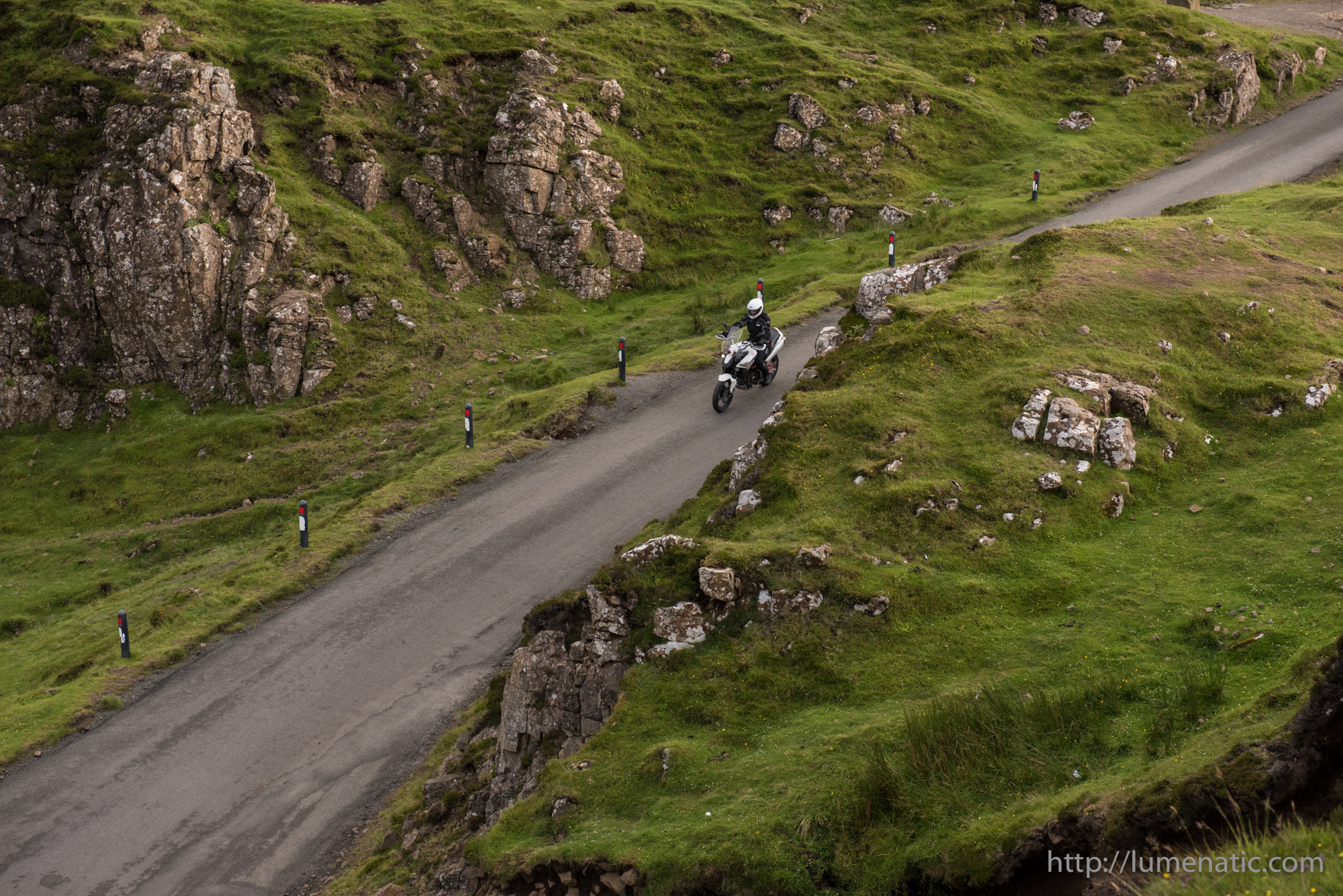 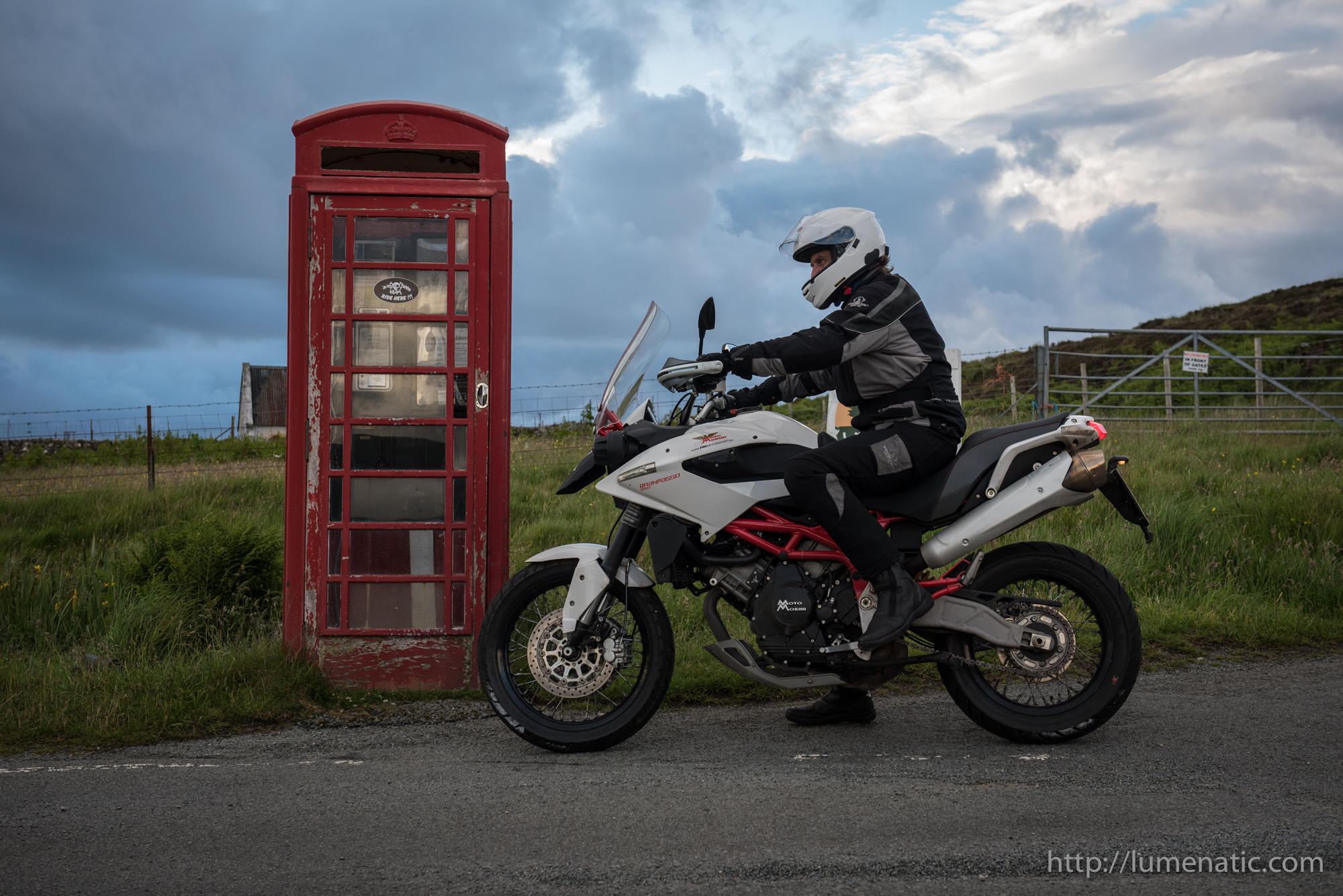 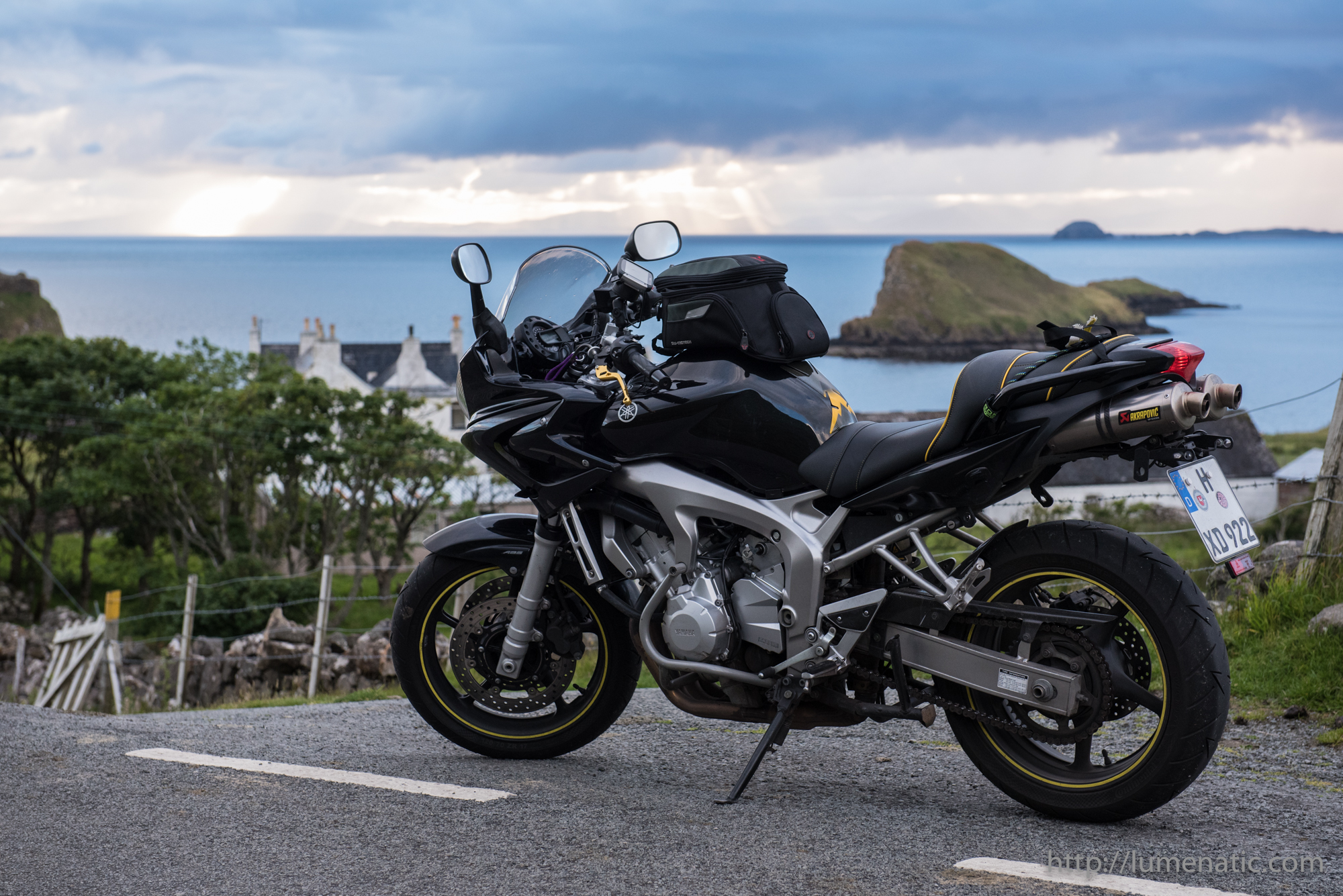 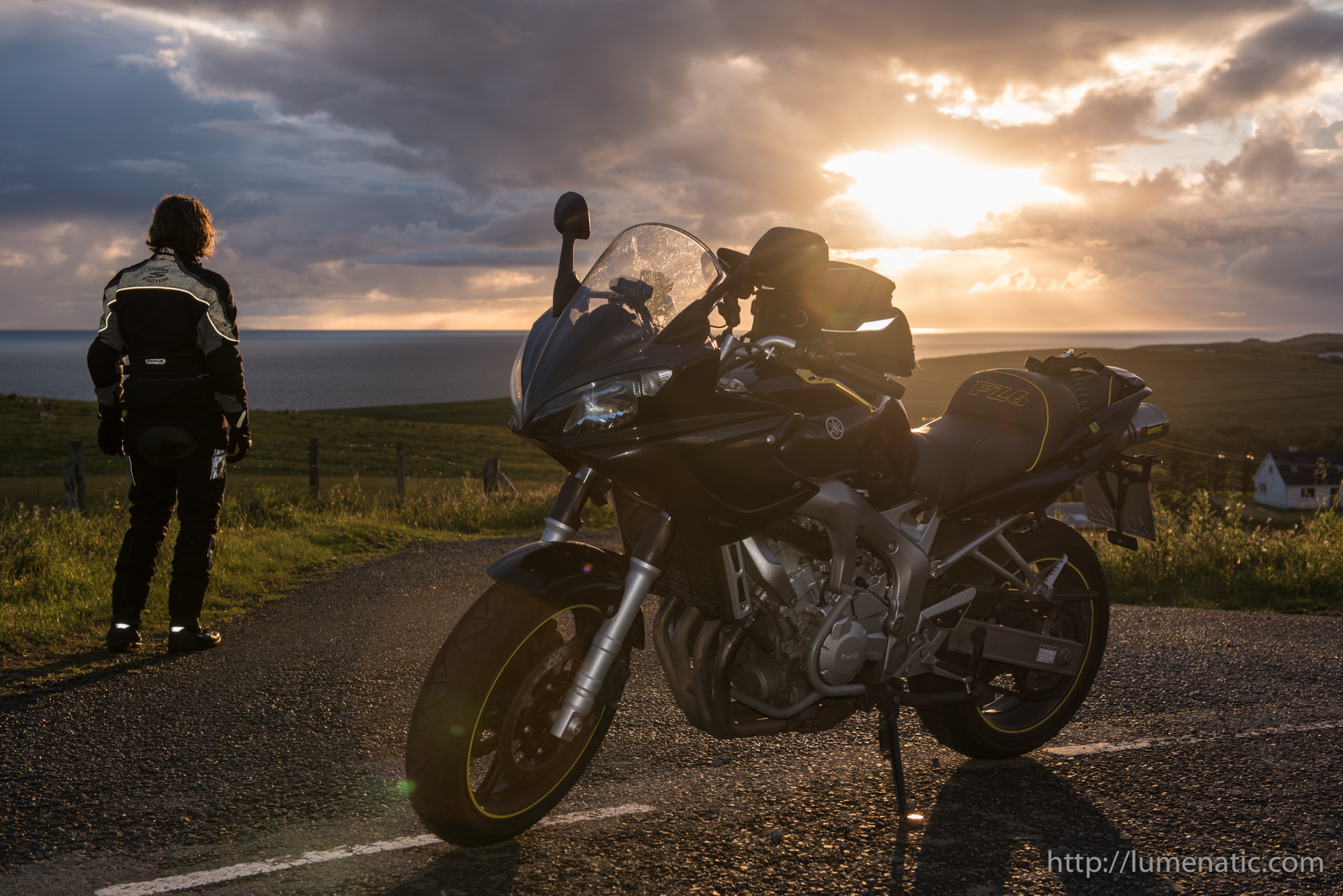 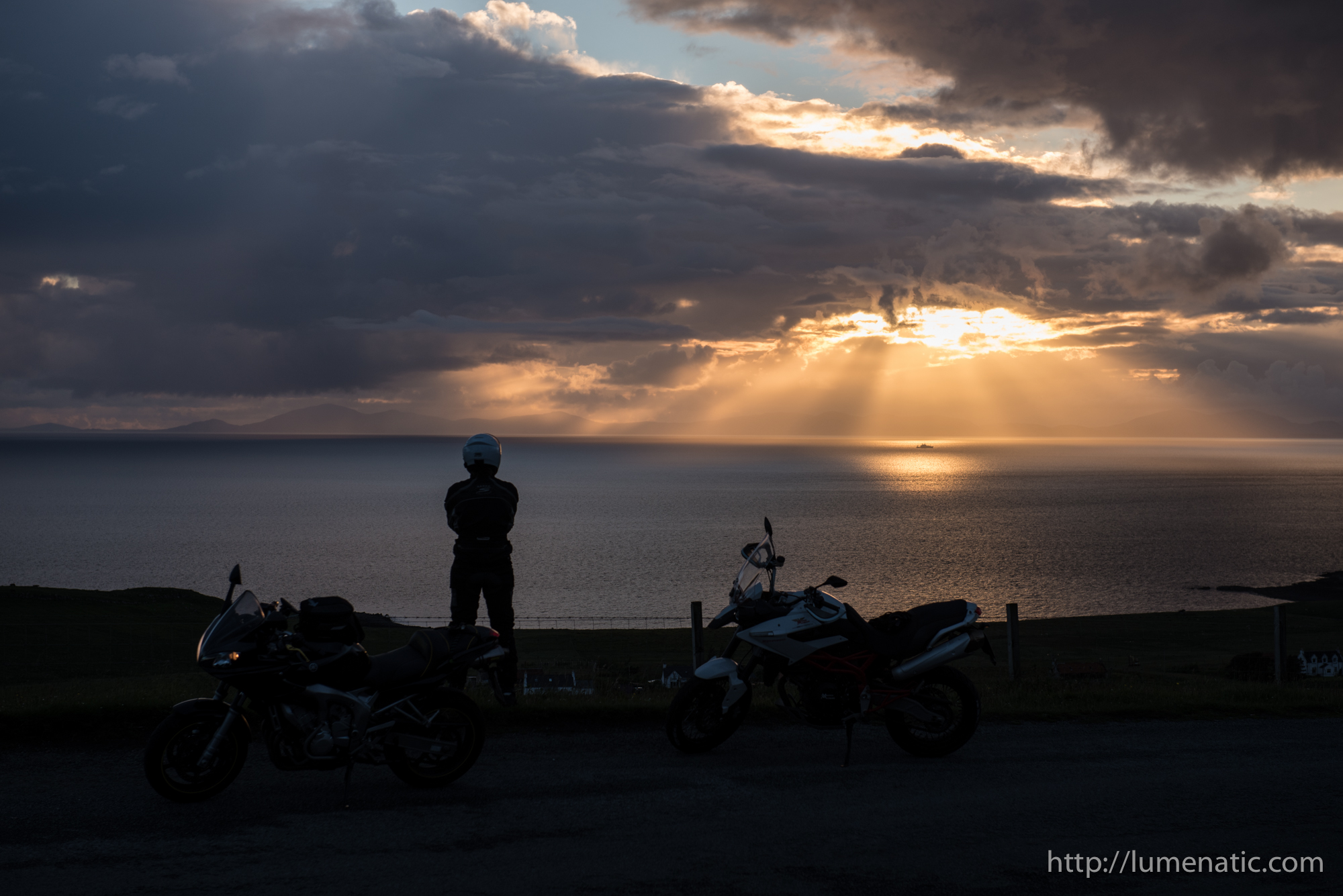 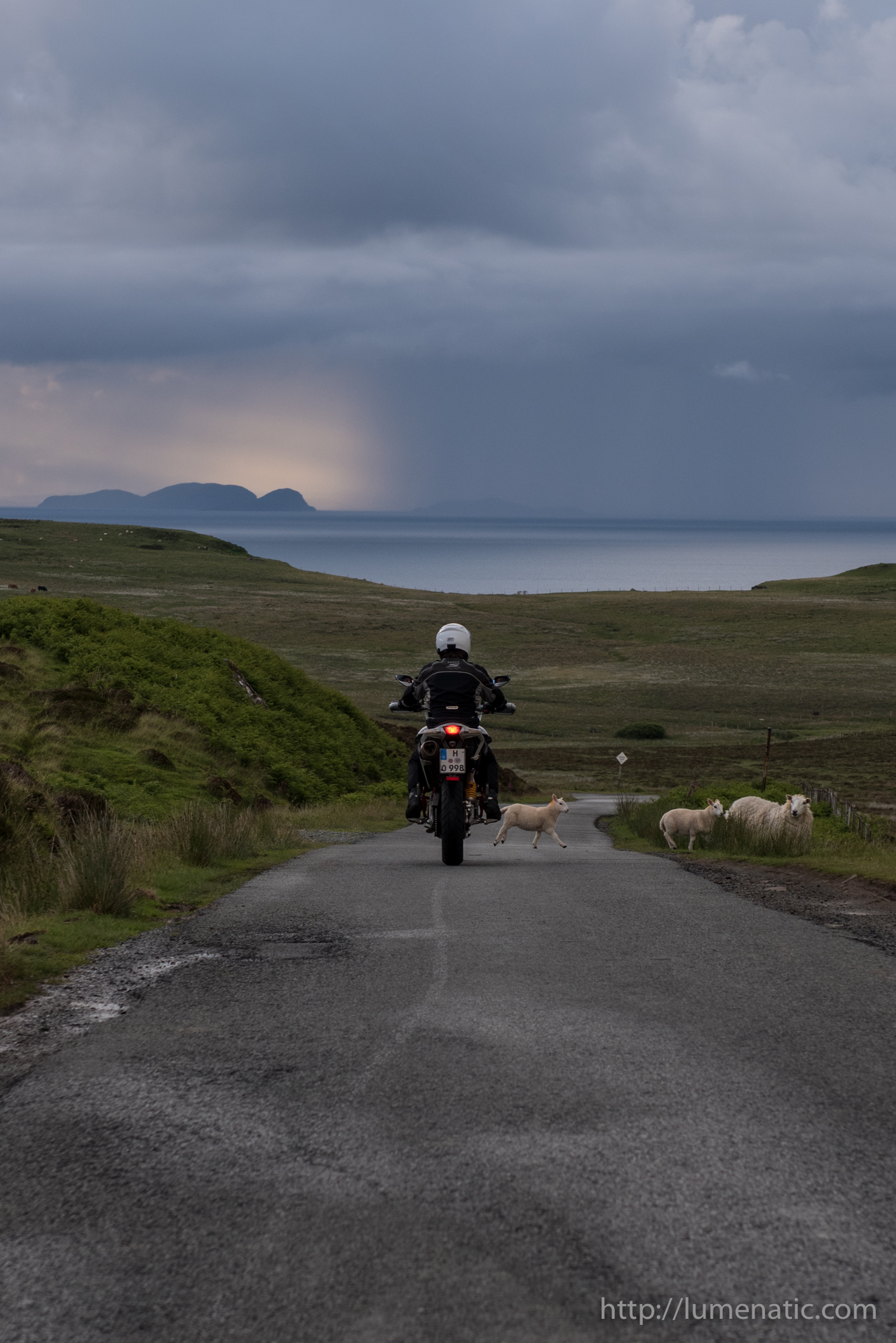 Part three of the travel report will cover the Outer Hebrides. Stay tuned !